I had hoped this would be a show full of challenges and questions, but with its images of bodybuilders, soldiers, bullfighters and athletes, it failed to disrupt the archetypes 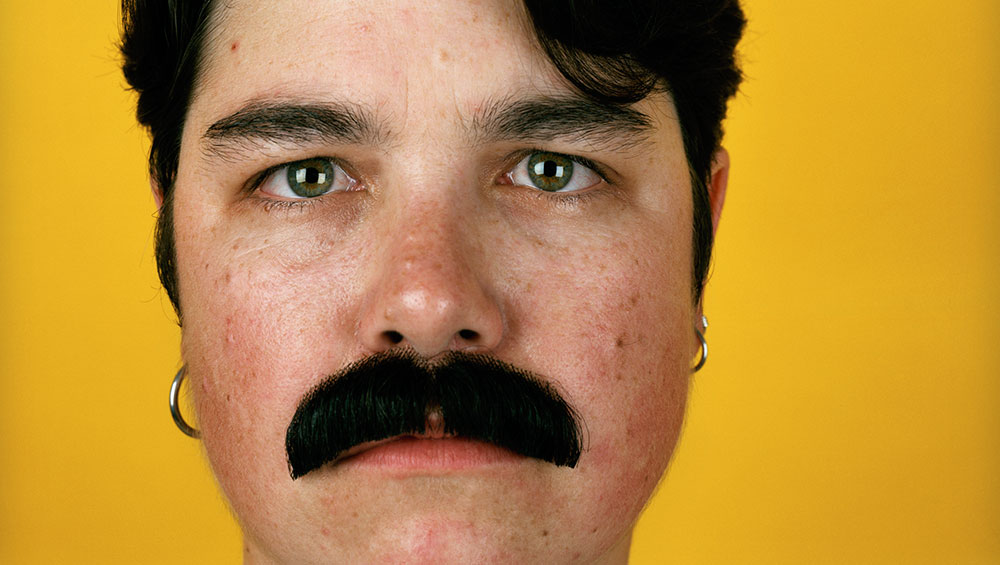 Photography as a liberating medium is not a new idea. To focus the lens on masculinities, however, is surely prescient in the era of “toxic” and “fragile” masculinity. These terms are used in a derogatory manner in contemporary times, but looking at the photographs in this exhibition we can resituate these ideas within a range of masculinities. The camera opens up opportunities for intimacy and the results can be revelatory. Turning the camera on men and masculinity is not straightforward and this exhibition explores how masculinity has been experienced, performed, coded and constructed through photography and film since the 1960s.

The exhibition is structured around six themes, which make the most of the unusual gallery space at the Barbican and help visitors to navigate the works and concepts in a way that enhances rather than limits the experience. It begins with the idea of disrupting the archetype, which seems an appropriate place to start, scrutinising the hypermasculine stereotypes of athletes, bodybuilders, bullfighters, cowboys and military men. Magnum photographer Thomas Dworzak’s Taliban Portraits, Kandahar, Afghanistan (2002) are one example. Dworzak discovered the photographs in 2001 while covering the US invasion of Afghanistan. The soldiers pose with props, holding hands, eyes made up with black kohl and surrounded by strong coloured halos of light. These are not the conventional images of the hypermasculine Taliban soldier we might expect. Similarly, Wolfgang Tillmans’ Soldiers – The Nineties (1999-2020) collects together found images of soldiers in periods of rest and relaxation, exposing a vulnerability we may not otherwise recognise. As for Rineke Dijkstra’s Bullfighters (1994 and 2000) series, Portuguese bullfighters fresh from the bullring are shown sweating and bloodied in their brocaded outfits.

The trouble with most of the work in this first part of the exhibition, and indeed the exhibition as a whole, is that it does not sufficiently disrupt the archetypes. The majority of the images are of bodybuilders, soldiers, City gents, cowboys and athletes. There are, of course, nuances within that – the youthful uncertainty of Catherine Opie’s Devin (2008), for instance – but in one sense the proliferation of such images tends to reinforce rather than challenge the stereotypes. One of the exceptions to this is Bas Jan Ader’s I’m Too Sad to Tell You (1971), so it is a real pity that the curators installed this work where visitors are more likely to pass it by than stand still and reflect.

Andrew Moisey’s The American Fraternity: An Illustrated Ritual Manual (2018) shows the toxic masculinity of American fraternities. Moisey’s work, leather-bound like a Bible or a fraternity manual, shows scenes of drinking, violence, homophobia and female objectification alongside documents that describe the rituals members undertake. It is difficult to know what he hoped to achieve with this, or even why it is included in the exhibition. One assumes it is some sort of critique, but that is really not clear. 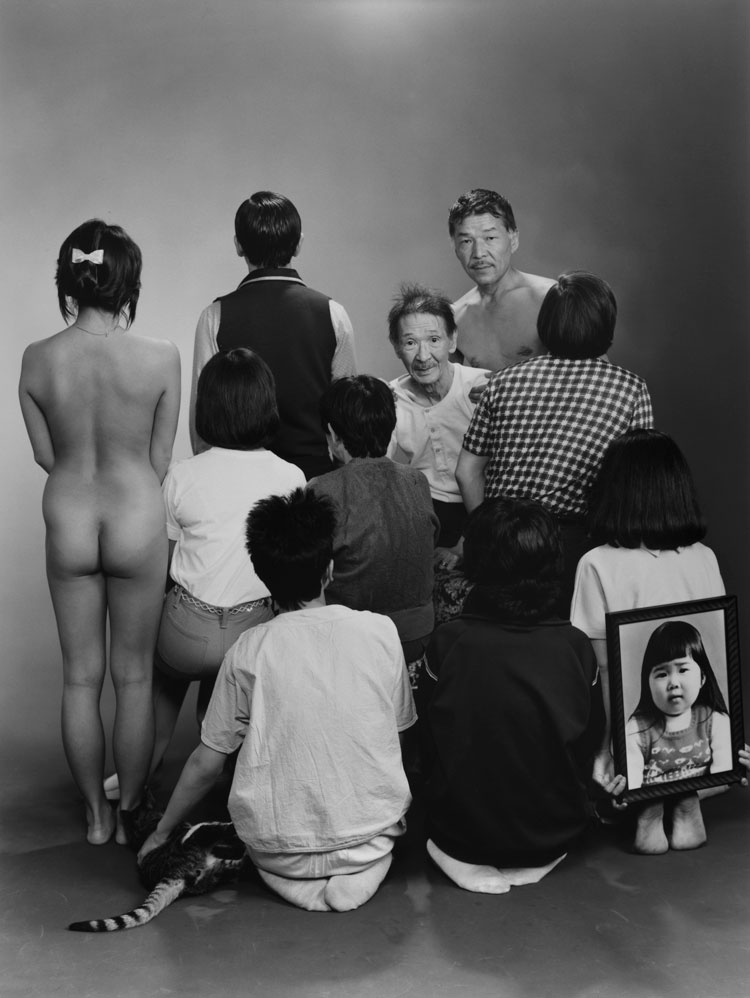 Another aspect of the exhibition looks at family and fatherhood and there were a number of challenging works here. Duane Michals’ The Return of the Prodigal Son (1982) is a sequence of five images showing the father gradually give up his clothes to allow his naked son to become covered. In this process, the father himself becomes naked, vulnerable and ashamed. The love and tenderness shown here is far from the masculine archetypes seen so often in this exhibition and a blessed relief, to be honest.  Works from Anna Fox’s series My Mother’s Cupboards and My Father’s Words (1999) are strong, too. Neatly kept cupboard spaces are accompanied by violent words in a stylish and attractive font, hinting at the hidden aspects of relationships hiding behind closed doors.

Richard Billingham’s series Ray’s a Laugh (1996) is always worth a viewing. Billingham’s images of his alcoholic father Ray and his mother Liz show them broken and vulnerable. These are sympathetic images of the weakness in people.

Meanwhile, Sunil Gupta’s anxious and tender shots of the gay community in New Delhi, Exiles (1987/2015), show his subjects hiding or turning away from the camera while expressing their desire for freedom in the accompanying quotations.

Laurie Anderson’s Fully Automated Nikon (Object/Objection/Objectivity) (1973) reverses the male gaze. The intent of Anderson and others in the 70s was to critique deep-seated ideas about masculinity. In Fully Automated Nikon, Anderson turns her camera on men who catcalled her on New York’s streets. She takes exception to being objectified by their calls and so photographs them to reclaim her agency. Annette Messager’s The Approaches (1972) is simultaneously witty and serious. Focusing her camera on the crotch of her approaching subjects, each photograph gets closer and closer, turning the male gaze around once again. There is a twist with Messager as the commentary accompanying each set of images reveals: “She’s had it with keeping quiet.”

It is an odd exhibition. I had hoped it would be full of challenges and questions. The truth was that it seemed, to me at least, to perpetuate many of the myths of 70s gender studies while the true challenges remained few and far between. The final section of the exhibition addressing the question of reversing the male gaze is where the majority of those challenges came, although works on family and fatherhood performed an admiral role here, too. It seems that the exhibition’s curators employed a large number of stereotypical images to show how they, in fact, subverted accepted ideas about gender. With the greatest respect, I am not convinced this worked.