An accomplished and adventurous artist, Cameron has largely been ignored since her death in 1921. This exhibition should help to change that 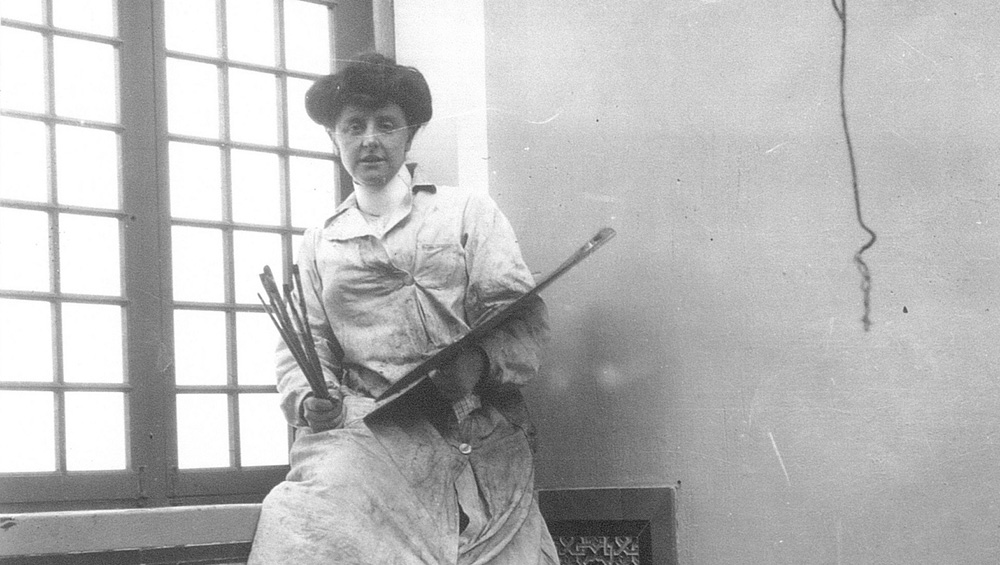 Well-known for giving a platform to Edinburgh-based artists past and present, City Art Centre’s latest show focuses on the work of the 19th-century painter Mary Cameron, a highly accomplished and adventurous artist who was sadly forgotten after her death – principally because she was a woman and her paintings were not seen as befitting her role as a “lady”.

Born in 1865 in Portobello, on the outskirts of Edinburgh, Cameron began her career in the city, studying at the Trustees Academy School of Art with the encouragement and support of her family. Although her talents received praise early on, Cameron faced a lifetime of obstacles on account of her sex. At art school, women were not allowed to attend life-drawing classes, which were crucial to artistic development. Cameron was persistent, though, and joined the Scottish Atelier Society, a progressive organisation that offered life classes for women. She then travelled to Paris where attitudes were more liberal, and teaching particularly so.

The decision to move to Paris benefited Cameron immensely, in a number of ways, and led to a lifetime of travel and expansion that would eventually take her to Spain and an adventurous exploration of varied artistic techniques, styles and subjects. During the 1880s and 1890s, she made these trips frequently and, in the first decade of the 20th-century, she established studios in Madrid and Seville, where she produced large paintings of the surrounding countryside and towns, rural life and spectacular bullfights. In Bulls in a Field (c1905), she shows bulls being herded on the plains of Andalucía, and in Rest by the Roadside, Andalusia (c1905-6), she creates a dramatic scene from a simple, everyday moment, a man standing with his horse and cart in the midday sun.

Learning from Spanish artists such as the 17th-century master Diego Velázquez and her contemporary Ignacio Zuloaga, she developed her own style, incorporating these Spanish influences alongside her traditional training and a reserved, Scottish sensibility. In Study for Bacchus (c1912), Cameron takes inspiration from Velázquez’s masterpiece The Feast of Bacchus, creating a smaller, subtler portrait of a man crowned with fruits and leaves. This work was shown in her fourth solo exhibition in Paris in 1913, which was one of her last. In The Goya Girl (Femme en Bleu) (c1912), meanwhile, Cameron paints a coquettish “maja” [a Spanish belle from the lower classes of society] in traditional dress, with a rural background, engaging with her forebear, Goya, but creating an interesting dynamic in challenging the male gaze with her own.

Following her return to Edinburgh, Cameron co-founded the Edinburgh Ladies’ Art Club, to provide a platform for female artists in an art world that typically shunned them. She also persisted with her interests in traditionally “male” subjects such as bullfighting, the military, sports scenes and men drinking and gambling. In Les Joueurs (c1907), she shows three men playing cards in vibrant colours and a striking composition – a real highlight of the exhibition that shows a subtle psychological dimension to these casual portraits. In The Beggar (1907), she captures a strange tension between a well-dressed, seductive-looking woman in a black veil and a beggar in the street. In Mute Martyrs of the Bullfight (c1900), she depicts the bullfighters and their injured horses with realism and nuance, creating a moving piece. Shortly after its completion, in fact, the French government reproduced the image as a postcard, aiming to quash attempts to promote bullfighting in its own country.

Increasingly recognised and praised at national and international levels, Cameron put on ambitious solo exhibitions in Edinburgh, London and Paris, which were well-received by her contemporaries in the art world. Despite these successes, however, Cameron continued to be thwarted by the sexist structures and limitations in place in such a male-dominated profession. She was not allowed to become a member of the Royal Scottish Academy, for instance, and she faced persistent sexism in the press.

In particular, Cameron’s painting of bullfighting received much outraged coverage as well as admiration. Some of her male critics were not only dismayed at the dramatic violence of her scenes, but that that they had been created by a woman. Her portrayals of these traditionally masculine subjects contradicted and subverted the pervasive stereotype of the genteel, superficial and decorative “lady painter” – and for that, she was punished.

Although Cameron persisted regardless, as she had her whole life, her health, and therefore her creative production, went into decline, and she died in 1921, aged 55. Like so many female artists of her generation (and later), her legacy was mostly ignored. Until now, few people have been aware of her great achievements and pioneering spirit, and her place in the history of Scottish art as well as the fight for women to be remembered within that.

This exhibition in Cameron’s home city is the first major exhibition to reappraise such an overlooked and yet accomplished artist. Though it is hard not to be frustrated at the way in which Cameron’s legacy vanished until this point, it is promising that, at last, some institutions in the art world are making an effort to remember and refocus on the ignored female painters who invisibly played such an important part in the history of art.