Martín Ramírez, an “outsider” artist from Mexico, who spent most of his life in US mental institutions, created enduring images of his native land and his life before confinement, bringing the importance of emotional experience to the forefront of art-making

Why does so-called “outsider” art continue to fascinate us? Why do we embrace it, often enthusiastically, even though we do not want to erase the difference between it and “normal” art? Is it some awkward strangeness that attracts us, the lack of polish, naive honesty? Why is the art of children, those with mental illness, and the self-taught combined in to one category anyway? In what way does Martín Ramírez (1895-1963), a poor peasant from Mexico who came to the US in the mid-1920s in search of a job and spent a large part of his life institutionalised in Californian mental health clinics, fit this model? Ramírez’s exhibition at Ricco/Maresca Gallery answers some of these questions. Its title conveys a peculiar quality of timelessness created by the repetitive forms and motifs in Ramírez’s art, which lay at the basis of every work and migrate from one to another. Many of these elements are curved semicircular lines; some are representations of arches or doorways. Several paintings repeat images of horseback riders, churches, trains or single human figures; there are a few stags – it has been suggested that Ramírez took his subjects from the memory of his life in Mexico. Altogether, the exhibition displays 19 works on paper, featuring roughly 4% of the artist’s entire oeuvre and a wide range of subjects.

While all Ramírez’s work is captivating, his pictures of horseback riders are among the most well known and numerous.1 Forever has three of these horseback-inspired images. In a black-and-white Untitled (Abstracted Landscape with Horse and Rider) from 1960-63, a lone horseman in a sombrero in the centre of the picture appears on top of what looks like an inverted pyramid. He is standing in the stirrups trying to restrain his horse, teetering on the edge of a precipice. The seeming danger of the situation is neutralised by the figure’s caricature-like features, such as his oversized moustache, round eyes and pointy nose. The horse and rider are symmetrically framed by images of arches and buildings with open doorways, as well as multiple blackened circles that look like cannon balls.

Despite the representational references of these framing images, their repetitiveness and symmetrical positioning on the page makes them into a pattern, which is a characteristic feature of Ramírez’s work in general. As far as the central figure is concerned, the compositional structure of an animal balancing precariously on top of an inverted pyramid is taken from an earlier work, Untitled (Stag on Mound with Fireworks) from 1953-54, while horsemen appeared in earlier pictures as well, such as Horse and Rider from 1950. To add to the repetitive variety, the exhibition includes Untitled (Collaged Woman on Top Tiered Mound) from 1953, an image of a regular, non-inverted pyramid, which serves as a platform for a woman, the female figure being another recurring motif in the artist’s vocabulary. Within the structure of the repetition of elements in Ramírez’s work, vertical symmetry is obvious and pronounced, whereas horizontal symmetry is frequently interrupted by various pictorial devices, such as curved lines, conical shapes and the insertion of representational elements.

Curved lines in Ramírez’s work are especially effective in his images of trains and tunnels, where he uses them to indicate either recession in space or a dizzying play of perspectives. In Untitled (Train and Tunnel) from c1950, for example, we get disoriented wide, sweeping lines of arches dizzyingly piling up over the exit from the tunnel whence we see the exiting (or entering?) train. The picture would have been totally abstract had it not been for this small recognisable image in the middle, which renders the entire work figurative. Instead of an abstract play of lines and an exercise in representing an inverse perspective, we now see a tunnel running through a crevice framed by two rocks. The same observation applies to Untitled (Trains and Tunnels) from c1960-63. There, instead of one train, we are faced with its two symmetrical representations, shown not head-on, but in profile, so to speak.

Ramírez was first committed to a psychiatric hospital in 1931, moving only once, in 1948, when he was transferred from a state hospital in Stockton to DeWitt state hospital near Sacramento, where he continued making art, and remained until his death. He was “discovered” in DeWitt by a professor of psychology and art, Tarmo Pasto, who visited the artist in the asylum and encouraged him to pursue his work. In 1951, Pasto organised Ramirez’s first one-person exhibition, which was closely followed in 1954 by another solo exhibition at Mills College of Art, organised by art history professor Alfred Newmeyer. Dealer Phyllis Kind began representing him in the early 1970s, organising exhibitions of his work in Chicago and New York. In 1985, Elsa Longhauser, a champion of art brut, mounted a solo exhibition of his work at Moore College of Art and Design in Philadelphia. Despite Kind’s and Longhauser’s promotional efforts, Ramírez remained in relative obscurity until his 2007 retrospective at the American Folk Art Museum in New York, which established the artist as one of the pre-eminent “outsiders”.

At the moment, Ramírez’s popularity is such that the US Postal Service has just issued five stamps with images from his drawings. The stamp dedication ceremony, conducted during the opening of the exhibition, included speeches by prominent critics Jerry Saltz and Roberta Smith, a presentation by the chief financial officer of the US Postal Service and by the executive director of the US Biennial in New Orleans. Members of Ramírez’s extended family were present at the opening. They were greeted in Spanish by the Consul General of Mexico in New York. With such an outpouring of official recognition, it is safe to say that Ramírez has been firmly incorporated into the canon of art history.

Taken as a whole, the artist’s prodigious production reminds us of elementary icon painting with its play of perspectives, its repetitive motifs and the subjects close to the artist’s heart. Ramírez’s work, rightly noticed and brought to the attention of a wide public, is a reminder of the importance of emotional honesty in the making of art, which goes beyond technical mastery and visual sophistication. Perhaps, it is this reminder about the importance of the values of the heart, an emotional “inside” of a human being, that draws us to the “outside” of the art world. 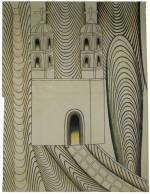 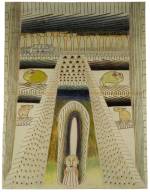 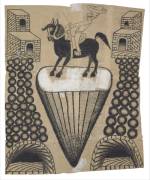 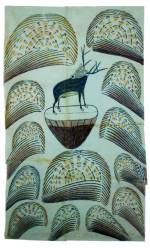 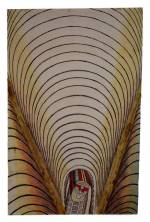