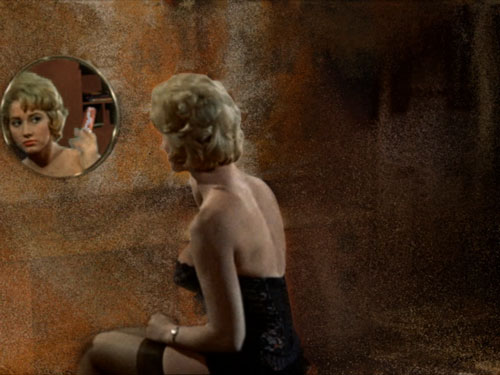 “I really haven’t prepared anything, I’m chuffed to bits. I’m reverting to my roots and getting more scouser as I talk … It’s great to do something that has some kind of effect on British culture and is part of British culture and, umm, this is good. This is a good thing.” This was the brief acceptance speech that Mark Leckey (b1964) gave when he was awarded the Turner Prize in 2008. It acts as a perfect summary of the man himself: humble, modest, concise, charming, unpretentious, Liverpudlian and, most of all, relevant.

The exhibition that won him the prize, Industrial Light & Magic (2008), was widely ridiculed in the press as the “worst [Turner Prize-winner] on record”. A combination of film, sculpture and performance, it included a lecture, an episode of The Simpsons, footage of Felix the Cat, and clips from the film Titanic. But the criticism served only to place Leckey among a pantheon of other great artists who had controversially won the prize, including Martin Creed, Chris Ofili and Damien Hirst. One of the works featured in the exhibition, Made in ’Eaven (2008), was a homage to artist Jeff Koons’ work in the form a film of one of Koons’ pieces. After winning the award, however, it was time for Leckey to stop living in the shadows of his predecessors and step forward into the spotlight. 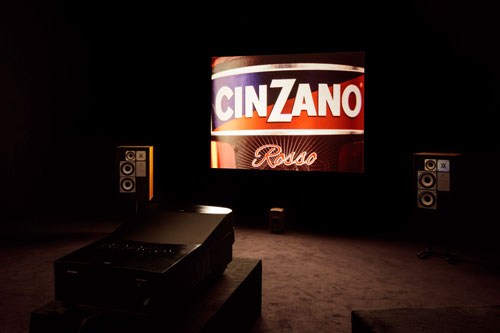 Often referred to as the “artist of the YouTube generation”, Leckey has moved along seamlessly with technological advances; constantly reassessing how to produce or display work, yet always maintaining a clear vision. His first breakthrough came when he showed Fiorucci Made Me Hardcore at the ICA in 1999. The short film, using found footage, acts as a unique celebration of working-class British dance music culture. The influence of this piece still resonates today and with a new, younger generation. Only last year, one of the most popular musicians of today, Jamie xx, sampled parts of the film in his song All Under One Roof Raving.

With his latest short film, Dream English Kid 1964-1999AD (2015), Leckey has come along way since Fiorucci. Instead of focusing solely on dance culture, he has moved on to culture a whole. It is a series of chronological snapshots of British culture from the year of Leckey’s birth up to 1999 – the dawn of the millennium as well as the digital age. It begins with footage of the Beatles interspersed with footage of the moon landing of the US space probe Ranger 7 in July 1964. Over the top of this, you can hear the first chord of A Hard Day’s Night, released the same month – which, interestingly, has been noted by music historians as impossible for one person to play on guitar because, deceptively to the naked ear, it has several chords playing at once. 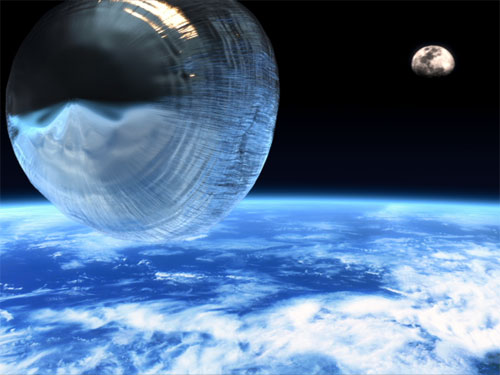 Following on from this are shots of domestic life in Britain in the late 60s and early 70s. One of the most prominent images is that of the packaging of Tate & Lyle sugar cut with shots of factory machinery. Is this a scathing commentary on the mass consumption of art and culture that Tate director Nicholas Serota has placed high on his agenda for the past few years? Probably not, considering that Serota was one of the few supporters of Leckey’s Turner Prize victory and also that Leckey’s wife is a curator at Tate Britain. 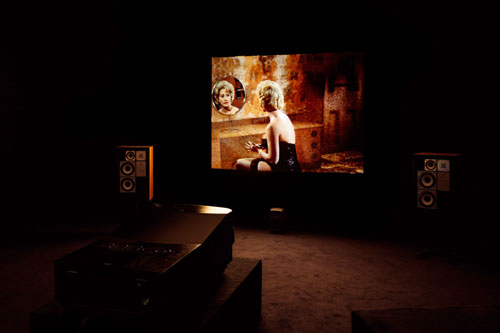 Next we see a clip of a blond woman in sitting at a dressing table in her lingerie, while a looped sample plays of the 1974 song, She by Charles Aznavour, which includes the words: “She may be the face I can’t forget.” Could this be seen as a feminist critique of the portrayal of western women in the 70s? Quite possibly.

Moving on to the late 70s, the film focuses on British music culture. As a northerner with his ear to the ground, it comes almost as no surprise that Leckey includes footage of Joy Division and the Smiths. Leckey has spoken before of his adoration of Joy Division, in particular going out to buy a bass guitar as a result of seeing them live. You could draw a lot of similarities between Leckey and Joy Division: working-class, stripped down, direct, innovative, highly influential (albeit on a select few) and underappreciated in their time.

Having left the gig venues, we move to the streets and an exploration of subculture. There is footage of young skinheads in Liverpool, grey British skies, graffiti spelling “enter at own risk”, football hooligans and utility poles – something that Leckey has previously referred to by making wooden sculptures of them. We then come to the most poignant part of the film – a clip of the inside of a small council flat in the 80s. The scene is incredibly bleak and features an unseen figure lying hidden under a duvet on top of a bare mattress with a mirror on the floor, along with what could be drug debris, and a pornographic photo stuck to the wall. The film ends with a shot of the total solar eclipse that occurred in 1999. Whatever your preconceived notions of Leckey, you cannot escape the fact that he is making some of the most important work in Britain today. They say that the best art holds up a mirror to the world. Well, step forward Mark Leckey.