The British Museum turns its attention to Japan’s distinctive medium of graphic storytelling, and reveals a diverse, culturally intriguing picture 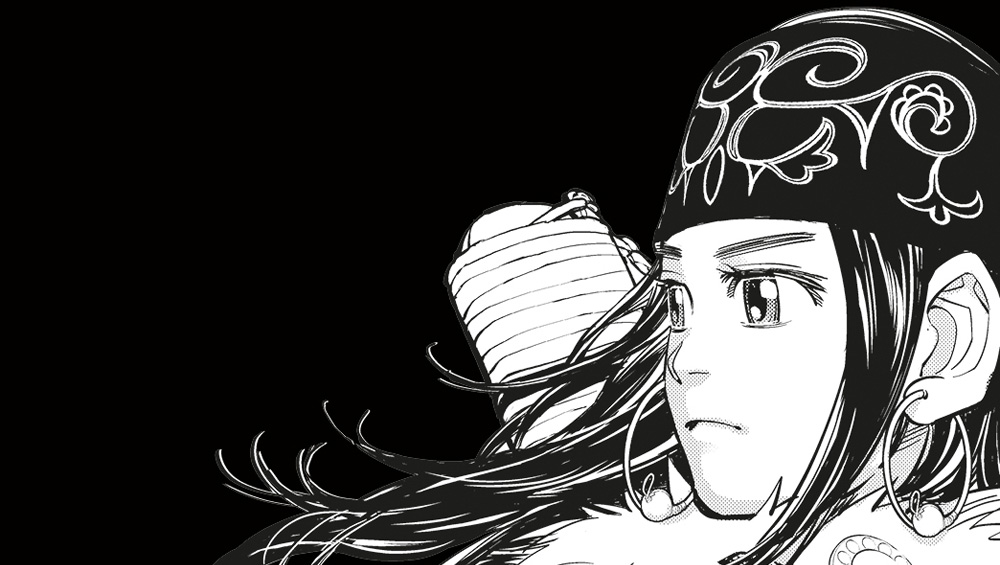 I cannot remember when I first picked up a volume of manga, but I can recall its effect: equal parts intoxication and bewilderment with its elegant line-drawings, seemingly impenetrable symbols and window into the cultural codes of a faraway society. That, and the fact that you had to read backwards. Which took some getting used to.

Manga, a new exhibition at the British Museum, opens with a starter pack for the uninitiated. It defines manga (whose kanji, 漫画, translate as “pictures run riot) as “visual storytelling through line”, and sets about introducing beginners to the medium. We learn about manpu, symbols used to signal both movement and feeling, and about gitaigo, visible sound effects. It guides us through the major manga publishing houses and the often-intimate relationships between mangakas(manga writers) and editors. And then it sends visitors, newly equipped with these tools, into a stupendous multiverse of genres, formats and styles, one whose sheer multiplicity might surprise even those who approach the exhibition with some foreknowledge. 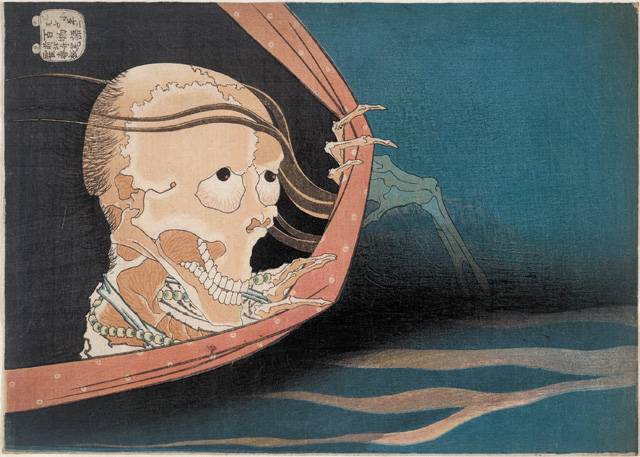 Hokusai, Kohada Koheiji from One Hundred Ghost Tales, 1833. Colour woodblock. Collection of British Museum. Purchase funded by the Theresia Gerda Buch bequest in memory of her parents Rudolph and Julie Buch. © The Trustees of the British Museum. 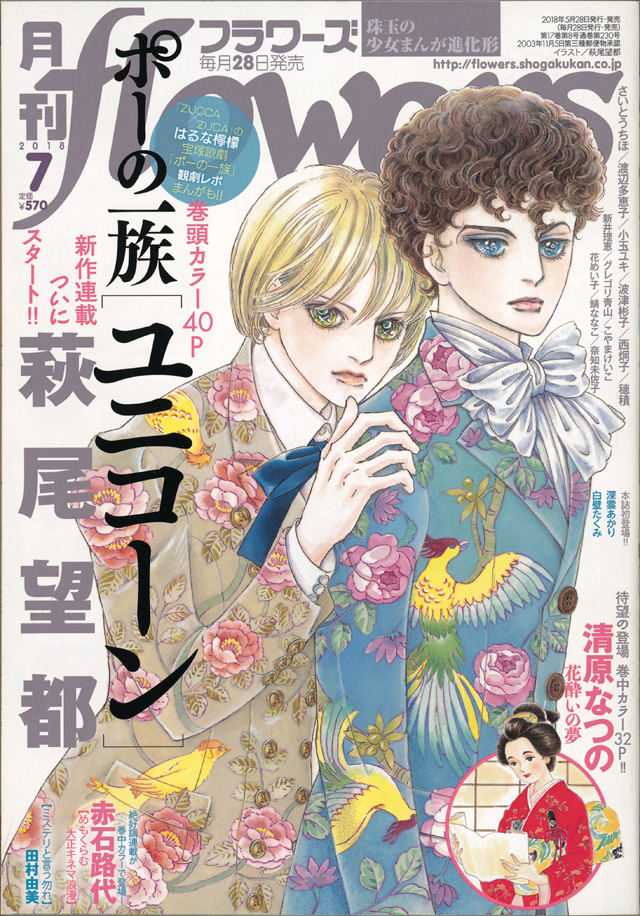 The true picture, as the exhibition illustrates, is far broader. Japan boasts manga of almost every imaginable variety. The late “God of Magna”, Osamu Tezuka, produced pioneering series for boys (Astroboy, known in Japan as Mighty Atom, 1952-68) and girls (Princess Knight, 1953-56), before dedicating himself in the 1960s to serious, often literary, works for adults. Some manga feature finely wrought illustrations with a realism of scale, such as Moto Hagio’s delicately rendered period vampire tale The Poe Clan (1972-96, 2016-), others have cartoonish, compressed figures. There are gag series, such as those of Fujio Akatsuka, which serve a function akin to newspaper cartoons, and there are multi-volume epics: Takao Saito’s assassin thriller Golgo 13 (1968-) has spanned 192 books to date. There are manga for all audiences, drawn by mangaka of all stripes, and – perhaps surprisingly for an ostensibly patriarchal society like Japan’s – a fair gender balance in both writers and intended audiences.

The exhibition’s curator, Nicole Coolidge Rousmaniere, gives space to a panoply of genres, which are presented largely through drawings and extended printed excerpts from about 100 titles. One is left in no doubt that contemporary manga encompasses everything from tender tales of family life to nightmarish body horrors, romantic period drama to galaxy-hopping science fiction. Perhaps the most outlandish title here, Hikaru Nakamura’s Saint Young Men (2006-), imagines Jesus Christ and the Buddha sharing a flat in contemporary Tokyo. It has sold more than 16m copies to date. 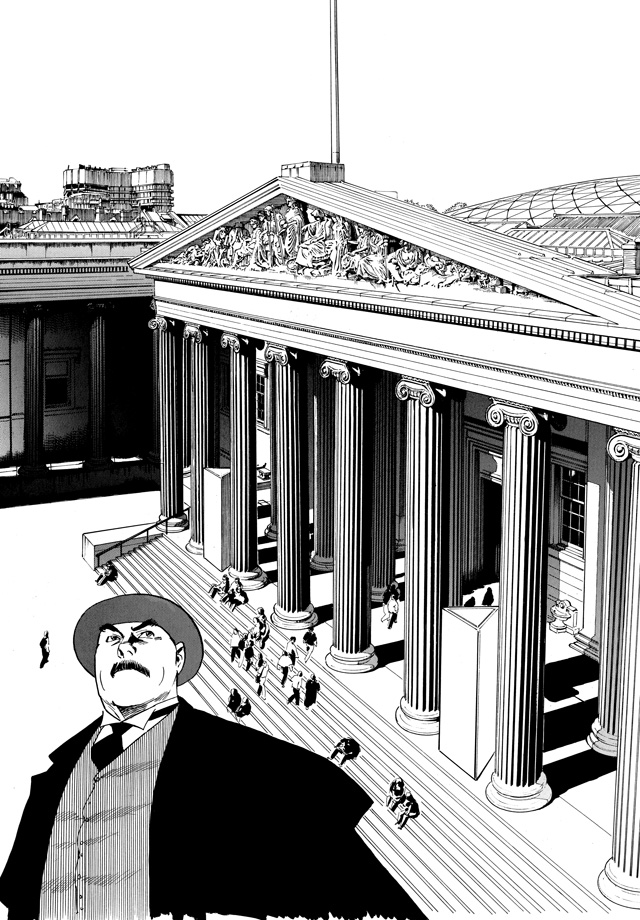 Manga’s cultural and economic impact in Japan is undeniable, and the British Museum well describes its filtration into other aspects of society. Manga characters have appeared in state-mandated textbooks, in advertising campaigns and even in a 2017 campaign on security guidelines for Japan’s ministry of foreign affairs. Sports series, such as Yōichi Takahashi’s football-centred Captain Tsubasa (1981-88) and Takehiko Inoue’s basketball-themed Slam Dunk (1990-96), inspired a surge in popularity for the real-life pursuits. At times, it has been progressive: Keiko Takemiya’s Poem of Wind and Trees (1976-84), a depiction of male homosexual romance, was finally serialised in 1976 after languishing unpublished for almost a decade. And it has often offered a canvas on which to work through the traumatic events of modern history, from the fallout from Hiroshima to the Fukushima nuclear disaster in 2011. 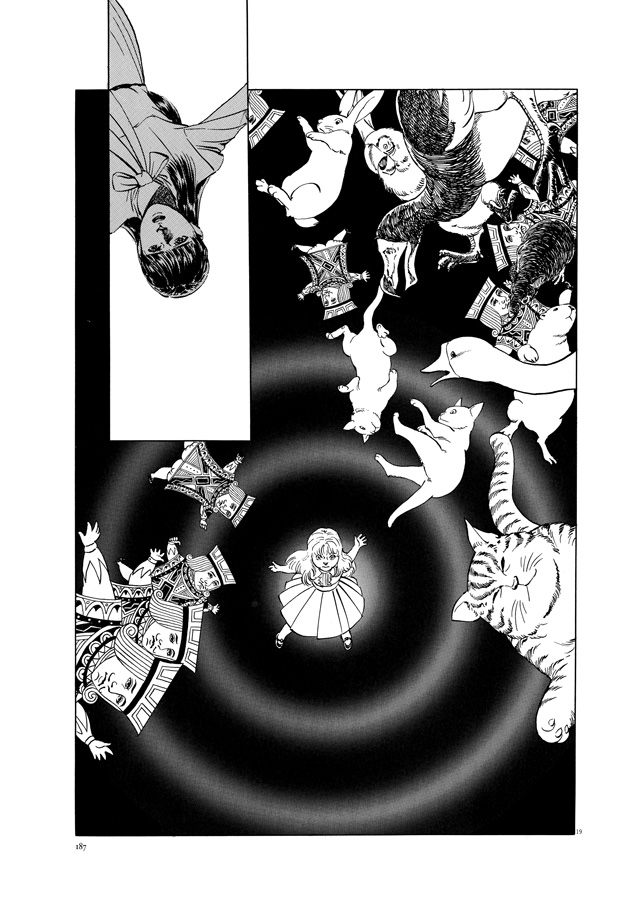 An intriguing part of the exhibition tracks manga’s elision into other media, from anime to video games, films and live performance. One Piece by Eiichiro Oda (1997-), a teeming saga of pirating life that has sold a record-breaking 450m copies worldwide, has even been staged as kabuki theatre, in a curious fusion of tradition and modernity, and perceived high and popular culture. The Manga Research Centre at Kyoto Seika University has developed a process of digitally duplicating manga manuscripts, allowing significant images to be archived, printed and exhibited in museums: an ennobling fate for a medium published on rough, low-grained paper (unsold manga volumes are reprocessed into toilet paper).

While manga’s complicated present is made clear, its past comes somewhat misted over. The most direct precedents at the exhibition, such as propagandistic illustrated tales in the wartime Boys’ Club and Girls’ Club magazines, are convincing, as is a display connecting the rise of Japanese cartoons and animation with the postwar influence of Walt Disney. The early-20th-century cartoonist Kitazawa Rakuten, a specialist in satirical images, developed a similar prioritisation of the line as seen in modern-day manga. Some of his recurring characters, such as the tomboyish young girl Haneko Tonda, became archetypal figures that were drawn on in later works. 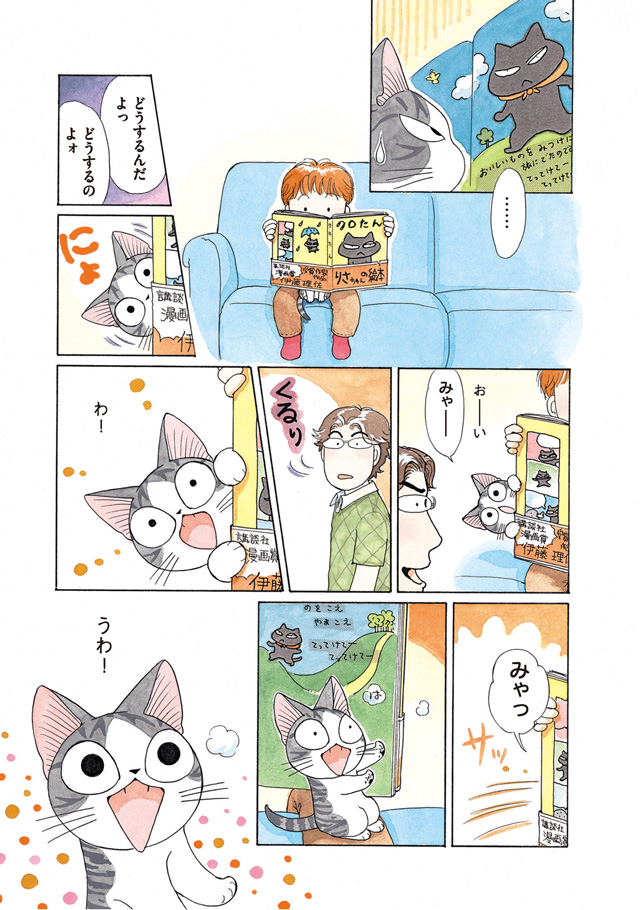 When we head back further, though, the connections become somewhat more tenuous. It is a pleasure to see such masterworks of Japanese art history as Hokusai’s ukiyo-e woodcut of Kohada’s ghost (c1833) and Kawanabe Kyōsai’s curtain for a Tokyo kabuki theatre (1880), which depicts an awe-inspiringly grotesque parade of actors dressed as demons, but these works, although imbued with narrative from Japanese mythology, are singular rather than sequential images; they depict stories rather than telling them.

That said, there are some startling juxtapositions across time. Ukiyo-e may not have birthed manga, but it certainly formed part of the visual culture from which it grew. The sinister skull-like pate in Hokusai’s Ghost is not a million miles away from an enormous model of a vast flayed head, taken from Hajime Isayama’s popular contemporary series Attack on Titan (2009-). A 1847-8 woodblock by the great Utagawa Kuniyoshi shows the 17th-century samurai Miyamoto Musashi leaping sword-first on to a gargantuan whale. Nearby, we see Musashi reimagined by Inoue as a ruggedly handsome hero, using his sword to manipulate water.

Rousmaniere’s exhibition does not explore the implications of this constant borrowing and reinterpreting of history, which might be the medium’s clearest connection with historic Japanese painting and printmaking. I also longed for further discussion of manga’s visual development, and how contemporary manga-ka’s wide-eyed, improbably-coiffed characters became a norm. But although there are pages left unturned, the British Museum’s show succeeds in unpacking numerous facets of its mammoth subject – one that remains in equal parts intoxicating and bewildering. 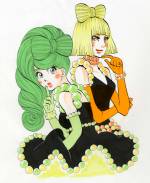 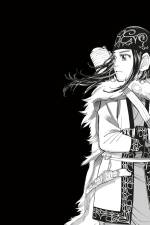 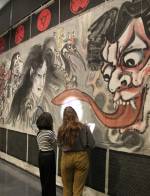