Luis Camnitzer is a 73-year-old man “who still wants to change the world”.1 As an artist he was one of the pioneers of Conceptual Art along with North American artists such as Joseph Kosuth and Mel Bochner. He is also a well-known educational and art theorist who has written many books and articles on Latin American Art, Art Education and Conceptualism.2 As a professor, Camnitzer taught for more than three decades at the State University of New York and in addition to this he was one of the founders of the New York Graphic Workshop.

He also developed an important role as a curator and art critic. Among all the titles that one can give to Camnitzer, he prefers to stay with the first one. Camnitzer basically describes himself as an artist and it is with his art that he still wants to change the world. He says:

“If you want to give me a label, I am an artist. (…) It is critical questioning and the search for alternative orders that define art in its best sense. I would say that is where the significance of the word ‘artist’ lies, not in the production of objects, but in this other meaning which covers all of that. My thought process is less ‘Oh, now I’m going to make a print, now I’m going to write an article’ than ‘This problem interests me at this moment I’m going to try to solve it. What is the best way to do so?’”3

This year a major exhibition at Daros Exhibition Space in Zurich was dedicated to Camnitzer, accompanied by the most comprehensive publication about his oeuvre, which features not only an extensive interview with the artist but some of Camnitzer's seminal texts and a great number of authors discussing his artistic production. The show with 70 artworks dated from 1966 to 2004 will be travelling to the Museo del Barrio in New York at the beginning of 2011. Camnitzer has resided in the city of New York since 1964 when he left Uruguay due to the political and economic situation which was assailing the country at that period. His Jewish family, originally from Germany, emigrated to Uruguay when he was two years old, fleeing from the Second World War.

Camnitzer arrived in New York in the 1960s thanks to the Guggenheim fellowship for printmaking. He considered himself an “expressionist printmaker” and the turning point of his career was the work: This is a mirror. You are a written sentence (1966–1968). It is a vinyl board engraved with the witty phrase above. In this creative context, the idea becomes less an ignition point for creation than the main component of the work of art. As a conceptual artist he quashed the premise which claimed that an aesthetic experience can only be comprehended through visual perception. In the Daros exhibition, artworks covering a variety of media were on display. Playing with the traditional understanding of art, in a series of “boxes” he used conventional-style wood frames with glass fronts in which he inserted a proposed artwork. Good examples of this series are: The instrument and its tool (1976) in which he presents a pencil drawing a line that is in fact a filament of a rope inside the box with the title in Spanish written at the bottom; and The Perception of oneself (1977–1980) that appears to be just an empty frame but on careful inspection one can see a pair of glass eyes hidden in the vertical wood pieces.

The artist also deals with other elements of conventional art always using a language based approach. In Arbitrary Objects and Their Titles (1979–2010) Camnitzer composes a gallery environment in his mordant style. He fixes ordinary objects to the wall as if he were hanging paintings in a museum. However, they are bits and pieces chosen by case, with small handwritten fragments of paper with their names scribbled on a kind of scruffy label. Camnitzer’s aim to confuse the art system also targets the art market and the signature of the artist, a symbol which gives value to any piece of artwork. In Fragments of a Signature to be sold by centimetres (1972), he presents his name split into five canvasses, each one has a rule measure, a fragment of his insigne and an inscription with information and the price. The artist demonstrated the same provocative artistic procedure with other works such as Signature by the Slice (1971/2007) composed of hundreds of very fine “slices” of paper cut by a laser with his Luis Camnitzer mark inscribed. It could be said that in their inception, these artworks have the proposal of questioning the value of the art piece. The artist even goes further in this examination concerning art market system, when he demands real participation from the audience with the work Self-service (1996/2010). In the Daros exhibition, piles of sheets of paper were ceremoniously displayed on five white plinths, where different sentences such as “Aesthetics sell; ethics waste” and “One signature is action; two signatures are transaction” could be read. By the side of the papers was another plinth with the artist's signature rubber stamp and a box to collect money. Anyone who visited the show could leave with an “original copy” of a Camnitzer’s work in exchange for one coin, just by using the rubber stamp with Camnitzer's signature on the photocopies available.

Considering Daros’ survey of Camnitzer’s art practice, it is easy to identify that another “signature” of the artist is the constant use of rhetorical tautologies, sometimes with a nonsense outcome. For instance, the series of Self portraits (1968, 1970, 1972) is an indication of this. They are plain etchings with just his name in capital letters in the centre and “self-portrait” and dates written on the edge. Even more inquisitive is Portrait of the artist (1991/2010) which is formed by a pedestal fan, a thread and a pencil. The pencil tied to the thread is suspended by a small nail on the wall. It is allowed to drop and the airflow produced by the fan moves the pencil that then draws random lines on the white wall. The portrait of the artist is reduced to the simplest elements that constitute the practice of art. Regardless of this, these works have been titled as “self-portraits”, ironically the face of the artist could only be seen in the photograph called Landscape as an Attitude (1979). Once again challenging the commonplace characterisation of what is called Fine Arts, Camnitzer shows a close-up of his profile with plastic miniatures making up a traditional countryside landscape. The absurdity of the image succeeds as dry humour but also recalls themes such as displacement and immigration which are often the subjects of his writings. The manufacturing nature of Landscape as an Attitude also deals with the notion of space and proportion. The understanding of space of each one falls within the experience that a person has with one’s surroundings.

These attributes: the comprehension of space and his skilful method of playing with the verbal language are the key elements of Living room (1968), an enclosed section of the gallery space “furnished” with dozens of adhesive vinyl on the walls and floor, in which the viewer reads names of household items such as a table, shelves, chairs, etc. Camnitzer re-created an ordinary domestic environment using just the nouns that designate furniture and attached them where they should be allocated. The installation without objects results in a mind process in which one can visualise being in a place that actually does not literally exist, apart from in the collective memory. The Living room that each visitor imagines him/herself in will be different to another person. During the exhibition the audience can find another artwork that conveys a similar mind suggestion. Window (2001–2002/2010) is a rectangular cutting into the gallery wall surface where the viewer see books which, like bricks, interspersed with concrete, construct a barrier. The books, volumes of words that are hidden, at this time, actually cut a section out of the space. The view of this Window shows in fact the knowledge that is compacted and closed within the wall.

It must be considered that an intrinsic motivation behind Camnitzer's practice is to raise political issues. This feature appears in different layers throughout his creations. His sharp interpretation of the world does not only attain to a criticism of what he calls mainstream4 art but also to the social effects that art can achieve. Aspects such as identity, exile or alienation are inherent in the artist’s discourse particularly in his writings such as “Wonderbread and Spanglish”.5 Taking into account his transnational background, the notion of belonging to a place is often ambiguous and actually this brings to his art a deep sensibility to the experience of cultural encounters. His interest in politics, democratisation and the democratisation in art is also often explicit. In the exhibition in Zurich one can observe this aspect in artworks in which he uses as a media a pack of cards: King of Hearts and Twin Towers (both made in 2002). The first is a deck of cards that displays on the front, military characters or just their shadows, having on the back a kind of camouflage army pattern. Knowing the artist’s personal preoccupation with Latin American history, the viewer immediately relates to the military governors or the guerrilla groups that have shuffled or are still shuffling the national power in some Latin American countries. The other artwork, even more disturbing, is a very subtle but imposing arrangement of two playing cards the 9 and Jack of Diamonds. Anyone who has a little familiarity with cards games knows that the Jack counts as 11. They are standing one beside the other but without touching each other, erecting an impossible configuration for a tower of cards. As the cards 9 and 11 do not have the support of other cards, the shaking foundation that is configured in this kind of game is even more unstable. It is an extreme metaphor to the events in the recent history of the United States, one of Camnitzer’s homes.

In fact, the idea of a “House of cards” could serve as a perfect metaphor for Camnitzer's aesthetics. The conceptual structures that the artist creates using a poetical, playful or critical method to deal with language, rely on balance and mental friction in order to stay upright. Camnitzer is a master engineer in raising complex cerebral castles using subtle, fine ideas. It is gratifying that the extensive show at the Daros Exhibition Space was not defined as a retrospective. The artworks were not displayed in a chronological manner which makes it evident that the congruencies among them were not a matter of development. His ingenious approach to every single artwork produced is an intense proposition from the earlier years of his career to the latest creations. For this reason, visiting the Luis Camnitzer exhibition is a unique experience. At the end, it makes us wonder what the artist is going to do next to try to change the world, or even better, our perception of reality.

1. Quote from the interview with the curator Hans-Michael Herzog included in Luis Camnitzer Catalogue, published by Daros Latinamerica, 2010.

2. Examples of Camnitzer’s books: Conceptualism in Latin American Art (2007); New Art of Cuba (2003) On Art, Artists, Latin America, and Other Utopias (2009) all published by University of Texas Press.

3. Quote from the interview with the curator Hans-Michael Herzog included in Luis Camnitzer Catalogue, published by Daros Latinamerica, 2010.

4. Camnitzer defines the term mainstream in the essay "Access to the Mainstream", firstly published in The New Art Examiner (June, 1987); it is also available online in The Lehman College Art Gallery webpage: http://www.lehman.edu/vpadvance/artgallery/gallery/luis_camnitzer/mainstream.htm 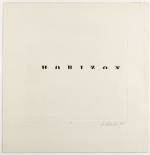 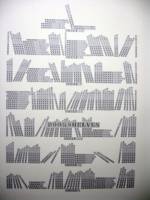 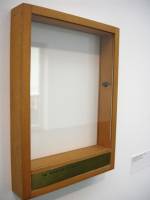 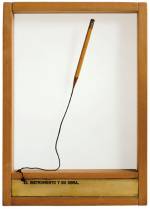