Luca Giordano: The Triumph of the Neapolitan Painting

Luca Giordano: The Triumph of the Neapolitan Painting

An often thrilling exhibition at the Petit Palais asserts the mastery of the inescapable Neapolitan baroque painter, long regarded as an artistic jack-of-all-trades 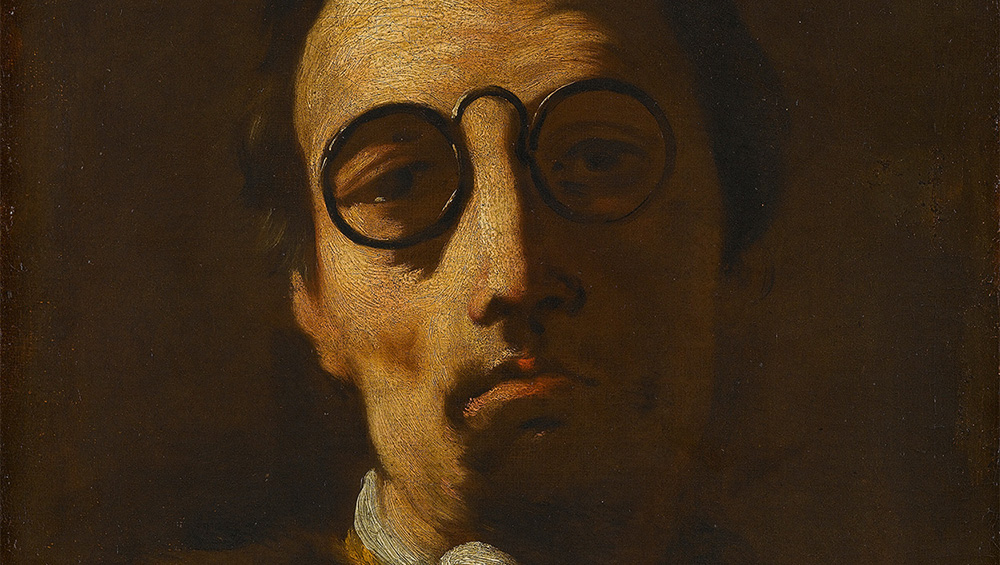 The most surprising painting in the Petit Palais’ sumptuous survey of Luca Giordano (1634-1705), the doyen of the Neapolitan high baroque, comes in the exhibition’s first room. In 1680, already a hugely successful artist, Giordano painted himself wig-less, in modest attire. A set of pince-nez emphasises the rings and wrinkles around his still-penetrating eyes, although the brushes and palettes that might be expected are absent. Two earlier self-depictions – one, in 1660, as a dashing young buck, and another, in 1665, in respectable formality – are conventional for their era. A 1692 iteration, painted the year Giordano left Naples to spend a decade at the Spanish court, retains some of the naturalism, but brings in the wig and the fine clothes, with the hauteur of prosperity. The 1680 portrait stands alone in its unadorned directness. 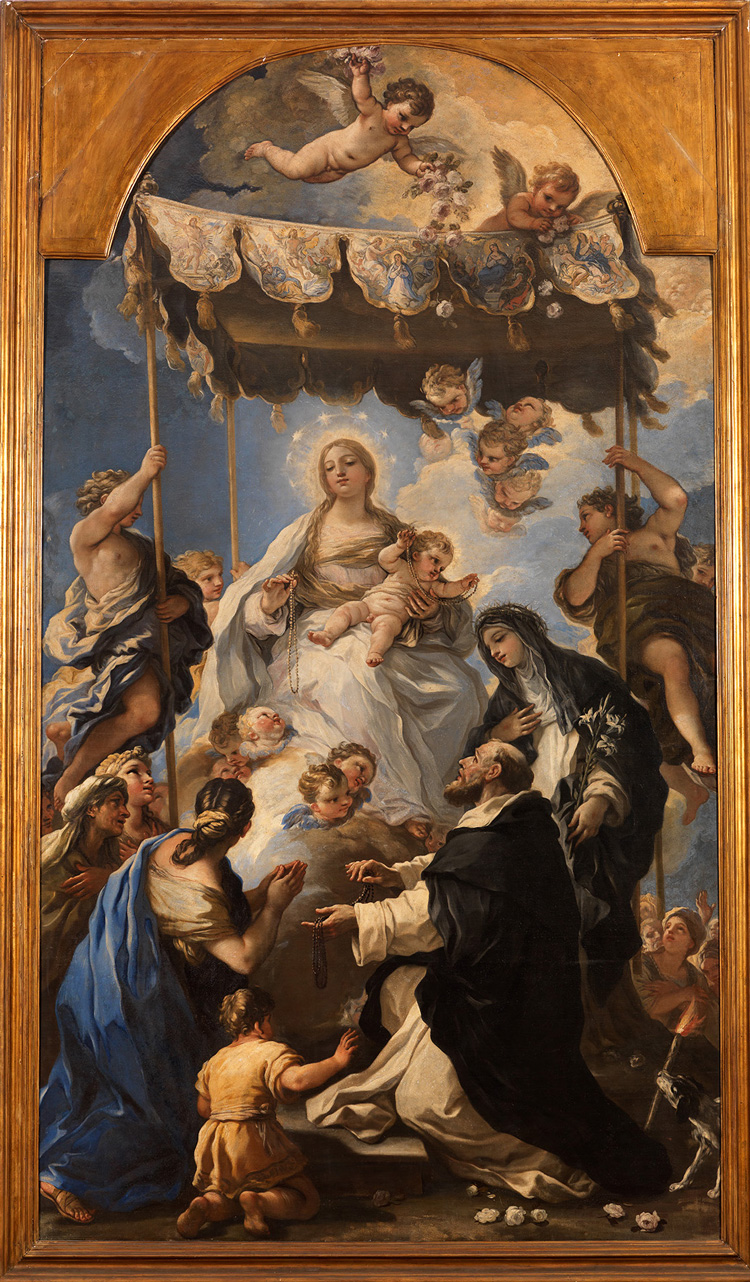 There are many artists of the 17th century from whom you might expect such self-scrutiny, but Giordano isn’t one of them. Portraits barely figure in his oeuvre, and the Neapolitan artist is best known for his stupendous altarpieces. A 1685 drawing of Apollo and Daphne at the Petit Palais sees the deity’s head surrounded by dashes that resemble exclamation marks, which might be the perfect symbol for Giordano’s practice. Everywhere there is drama and dynamism. In Madonna with the Rosary (1657), one of his first major commissions, the Virgin balances athletically on the head of the putto, handing her beads to St Dominic like a relay baton. A Fall of the Rebel Angels (1660) writhes with military activity. You can sense the thwack of St Michael’s foot on Lucifer’s neck.

This painting was the first of several treatments of this topic by Giordano. He was so prolific that no one has been able to produce a definitive catalogue of his almost 5,000 paintings and frescos. Giordano, and his 30-assistant studio, painted so many altarpieces that a Neapolitan church seems incomplete without one. If we are to believe Antonio Palomino, Spain’s answer to Vasari, Giordano feared that his paintbrushes would overpower him unless they were deployed almost constantly. His speed was such that contemporaries knew him as Fa Presto (“does it quickly”). On essaying Giordano’s final frescos at the Charterhouse of San Martino, his pupil Francesco Solimena declared that they had been “painted in one breath”. 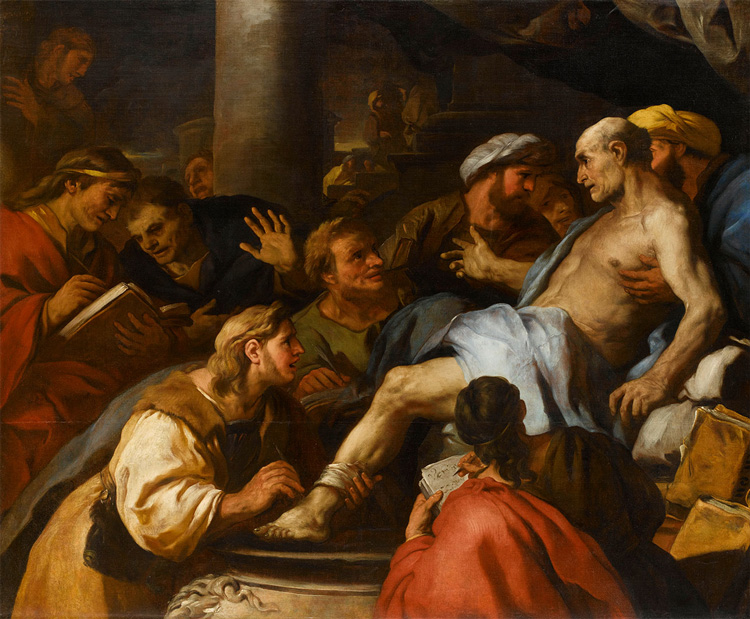 This virtuosity, the sense that it all came a little too easy, has long counted as a blot on Giordano’s reputation. The greatest artists, the Romantic line of criticism goes, seethe with private passions and struggle through adversity, as with Michelangelo painfully tilting his head up to the Sistine Chapel’s ceiling or Caravaggio’s tumultuous run-ins with the law. With his prosperous, tranquil life and a reputation for charitable largesse, Giordano is antithetical to his mould.

He was also uneven in quality. Contemporaries claimed that he would produce work to three different standards, depending on the price agreed. These discrepancies are on full display at the Petit Palais, often in work with similar formats. Saint Nicholas of Bari saves the Child Cup-Bearer (1655), for instance, has a fluid, loose sense of space; his 1658 Ecstasy of Saint Nicholas of Tolentino, on the other hand, has an abrupt, illusion-destroying division between foreground and background, though the central scene of the saint’s visions remains striking. 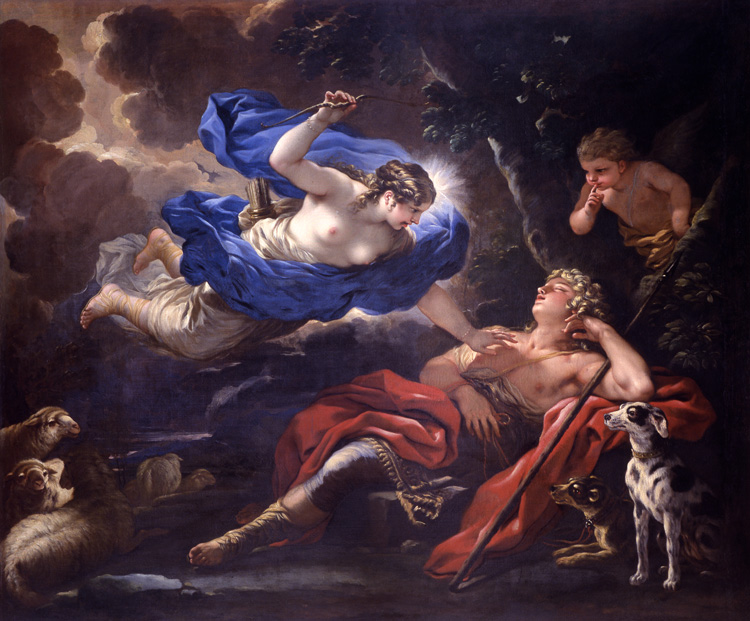 Worst of all was his breezy eclecticism. “His genius,” wrote Horace Walpole, “was like Ovid’s, flowing, abundant, various, and incorrect.” While heroic masters invented in their own mode, Giordano cribbed from others, sometimes synthesising along the way, seemingly following the wishes of his myriad patrons and the general public. He jumped from sombre to histrionic tones, from narrative to allegorical compositions, and from biblical to mythological subject matter. He was so adept at absorbing the various stylistic rhythms of his time, flipping back and forth between dusky tenebrism and neo-Venetian polychromy, that it can be difficult to identify an easy progression from his work between the late 1650s and early 1680s.

Giordano’s ability to adapt himself to different models is visible from his small-scale works of the 1650s. He painted a Madonna and Child with John the Baptist clearly indebted to Raphael, a Jacob and Rachel at the Well suffused with Veronese’s colours, and a Christ Before Pilate concocted by grafting together two Albrecht Dürer prints. Giordano’s talent for imitation saw him accused of forgery, but there is ample reason to believe he was simply trying out different moulds. Later in life, he would produce elaborate homages to Rubens and Velázquez, each attempting to present its subjects’ style. 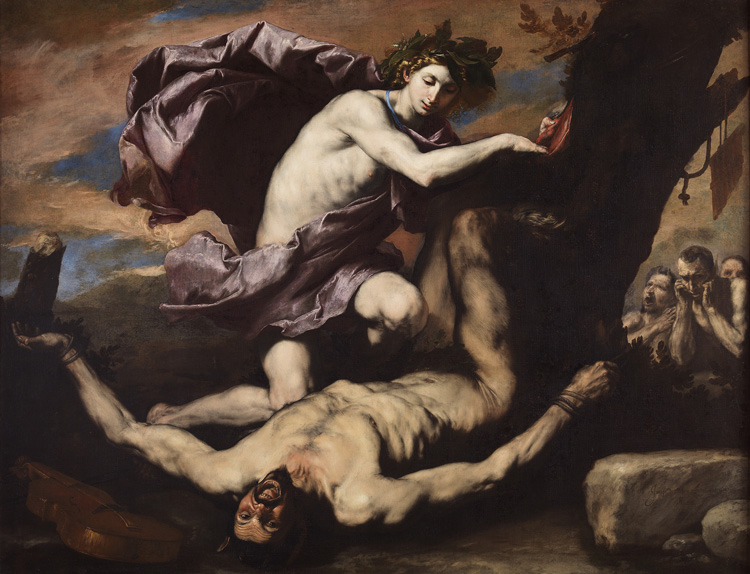 He was also happy to draw on artists he knew personally. One of the roomiest spaces at the Petit Palais is devoted to Giordano’s relationship to his tutor, Jusepe de Ribera, the Spanish master of gloom and grievous violence. Parallel visions of the flaying of Marsyas, the satyr who dared to challenge Apollo’s musical supremacy, hang side by side. Although there are differences – Ribera’s 1637 Apollo has a proud, Olympian bearing, while Giordano’s more temperate rendition from c1660 seems to be stripping back Marsyas’s skin with the relish of a warehouse employee reaching the end of his shift – their similarity overrides any divergence. Neither diminishes the force of the other. 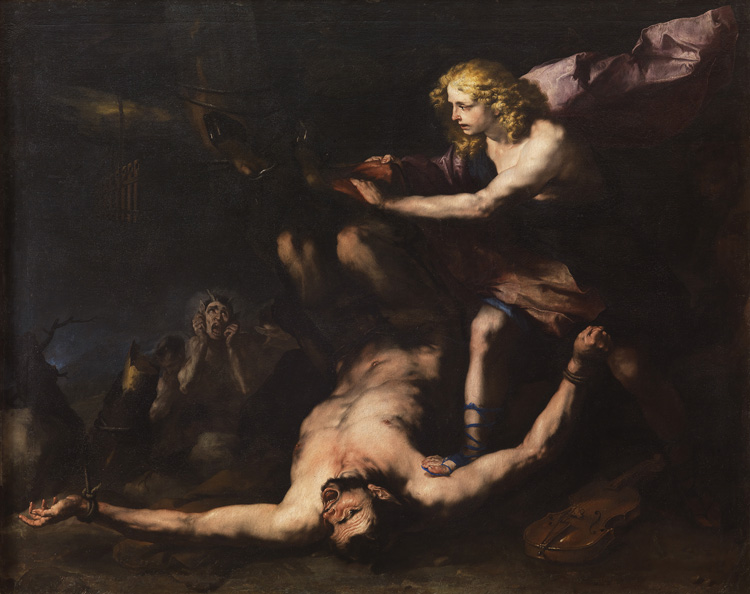 Although based in Naples for the majority of his life, Giordano travelled to and worked in Florence, Venice and Rome, absorbing into his style the artists he studied in each. Encountering his grand religious works at the Petit Palais, it becomes a fun game to spot the borrowing: a Bernini-esque physique here, a figural arrangement from Cortona there. The influence of Ribera carried through a series of portraits of philosophers as humble rustics; an unnamed one from 1858-60 has a particularly flea-bitten earnestness, with scrunched glasses and buck teeth. One chamber at the Petit Palais gathering his superb pagan scenes feels like the second coming of Titian, with its buoyant fabrics, subtly worked nudes and reasoned narrative arrangements. 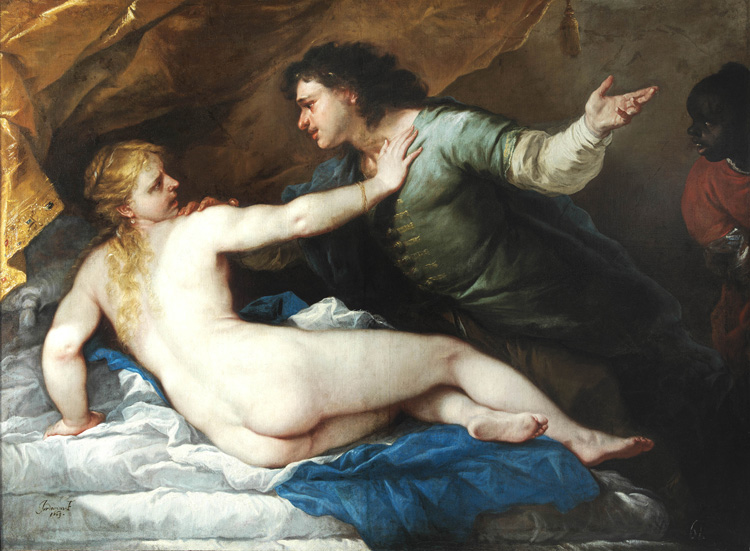 Despite his clear debt to the Venetian supremo, Giordano applied his own touches. In Lucretia and Tarquin (1663), he captures the defiant disgust in the former’s eyes as she confronts her assailant, as opposed to the fear in Titian’s 1571 version. And while Titian (and many subsequent artists) focused on the threat of violence that would lead to Lucretia’s rape, Giordano takes us to the moment just before, where the coming horror was not yet inevitable. The facility with which Giordano drew on past masters while inventing his own scenes and perspectives has been underestimated for too long.

This invention became most prominent when he left his Neapolitan comfort zone. In 1682, Giordano stayed in Florence, where, among other projects, he executed a vast ceiling fresco at the Palazzo Medici Riccardi, which, with its intermingling of crowded allegories and airy freedom, is in contention for his masterpiece. This is represented in Paris with two modelli from the National Gallery – which both show intricate workings of figures – and in a multimedia projection that imparts a modicum of their splendour. A decade later in Madrid and El Escorial, Giordano was to concoct an aesthetic of weightlessness that gestured towards the oncoming rococo, along the way pulling Spanish decorative art forward several generations.

Examples here from the Prado show fragments of this period, which saw Giordano reach the heights of influence and fame. In 1702, rejecting an offer to become court painter for Louis XIV, he returned home and resumed his old practice. The latest set of works at the Petit Palais, from the Girolamini church, has all the theatricality of his earlier altarpieces. Here, though, the incident depicted in the giant central painting is not a moment of dazzling action, but an embrace between Counter-Reformation figures Charles Borromeo and Philip Neri (1704). The pair’s meeting feels like a celebration of a job well done – a feeling that, having helped bring baroque painting to its rococo conclusion, Giordano might have deservedly shared. 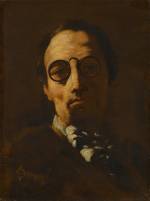 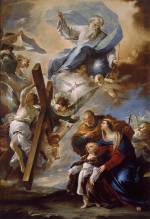 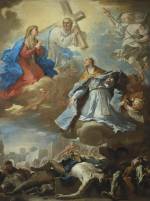