Leo Villarreal – interview: ‘It was interesting to connect to the universal power of light. As humans we really respond to these things’

Leo Villareal – interview: ‘It was interesting to connect to the universal power of light. As humans we really respond to these things’

Leo Villareal’s medium is light. Using thousands of LEDs and specially written computer programs, the artist (b1967) makes works that evoke natural processes without aping them, conjuring dazzling effects on epic scales. For his current exhibition at Pace Gallery, London, he has used organic LED screens as digital canvases for his constantly changing works.

At 10 metres across, Detector (2019) is the largest work in the show, and big enough to encompass the viewer’s entire field of vision. Thousands of tiny points of light move across a black void, coming together and dispelling again in patterns that resemble fireworks, solar coronas and exploding stars. But just as snowflakes crystallise into unrepeatable shapes as they fall to the ground, these bright points of light will never form the same configuration twice. 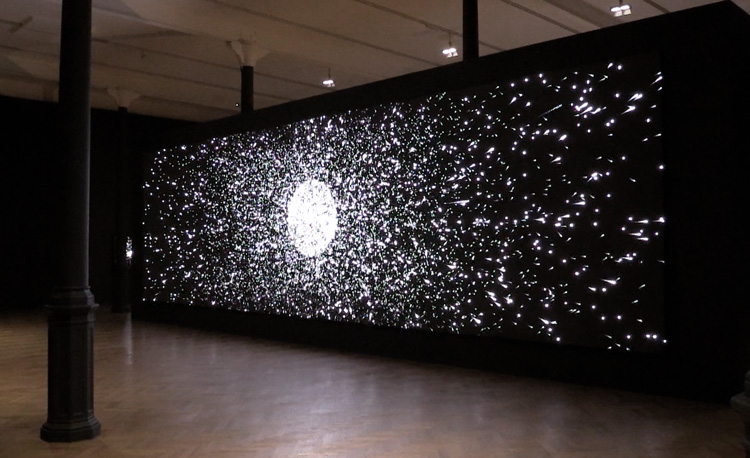 For all the connections we might make as we stare at these screens – the human brain is, after all, hard-wired to see images – Villareal’s work centres on abstraction. There are no messages, no narratives and nothing truly figurative to distract from the moment. Looking for pictures in these screens is akin to searching for the outlines of animals in clouds. 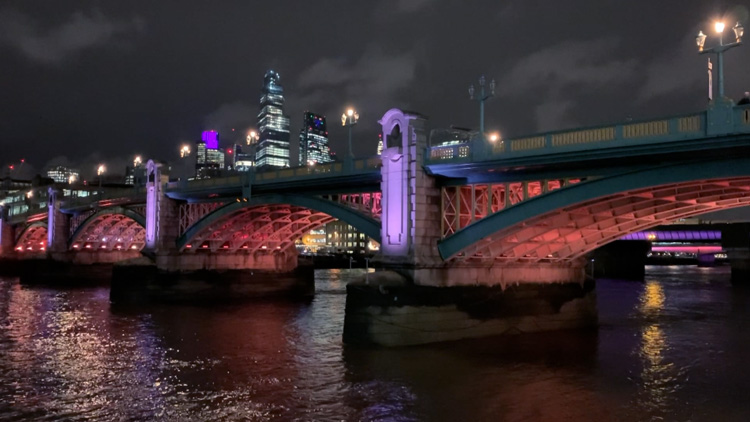 Villareal’s experiments with electronic lights have pleasingly earthy beginnings. In 1994, he attended the Burning Man festival in the Nevada desert, an annual event that champions the sharing of art and socially minded ideals against a backdrop of spectacle and showmanship. ‘I went out there in 1994, and my first experience was getting profoundly lost. I couldn’t find my way back to my tent at night,’ he says of his first time at the festival. ‘By the third year, I decided to do something about it and created an array of 16 strobe lights with a micro controller that could turn them off and on, at the lowest level of code; zero is off, one is on. I put it on top of my mobile home as a utilitarian device, but it turned out to be quite a potent thing and I realised I was on to something with the combination of software, light and space and the communal nature of it. People could see it from a distance.’

This simple beacon started Villareal on a new path, one that teamed his art background with an interest in technology. He realised, too, that even electronic lights can have an almost primordial appeal. ‘That first artwork almost functioned like a digital campfire,’ he explains. ‘It’s harnessing that same elemental nature, but through very synthetic means. I felt that it was interesting to connect to the universal power of light. As humans we really respond to these things.’

Since that first experiment in the Nevada desert, Villareal has exhibited increasingly complex works, utilising code and advances in technology in the gallery and the public realm. One of his most spectacular works to date must surely be the piece he created for the Bay Bridge in San Francisco, which was commissioned as a two-year installation. Spanning the entire 1.8 miles of the bridge and comprising of 25,000 LED lights, it is seen by tens of millions of people a year. ‘It’s very exciting to get art out into the world,’ he says of the project. ‘Everyone needs access to more art.’ Due to its popularity, the work has been made a permanent feature of the city’s skyline.

Villareal spoke to Studio about his exhibition at Pace Gallery and his latest public commission, Illuminated River, which involves lighting up to 15 bridges on the Thames.