Sprüth Magers takes us on a whistle-stop tour through the American artist’s early drawings, pulling us into a unique imaginative world 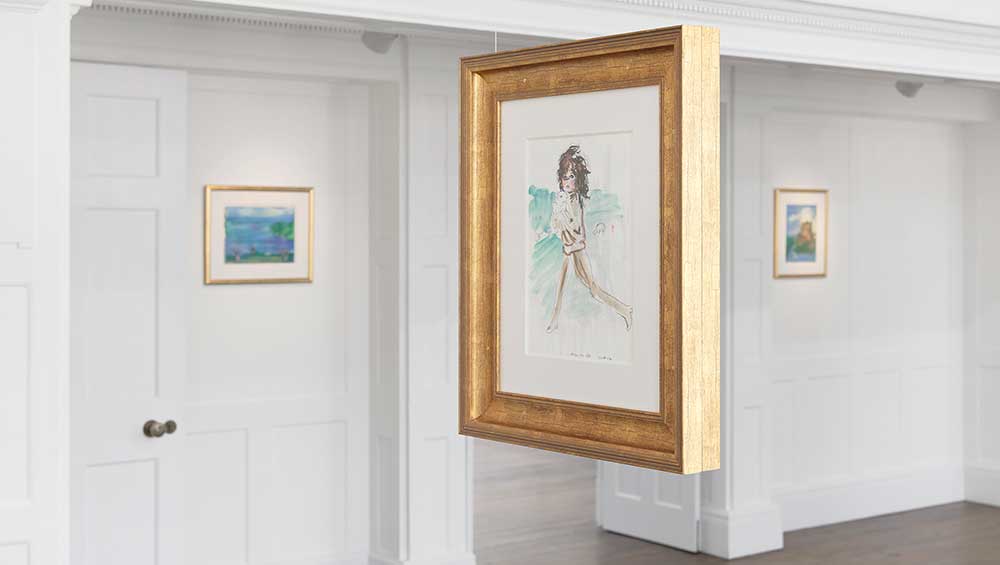 When Karen Kilimnik (b1955) emerged into the American art world in the 80s and 90s, her art must have looked very strange indeed. Figurative painting was back on the agenda, but not all figurative painting fitted the bill. The so-called neo-expressionists worked in the shadow of the abstract expressionists who had come before. Their art was often vast, explosive, monumental. Brush-swinging technical prowess returned as if it had never gone out of fashion. If you stare long enough, you might even be able to find the souls of the artists in their agonised canvases. 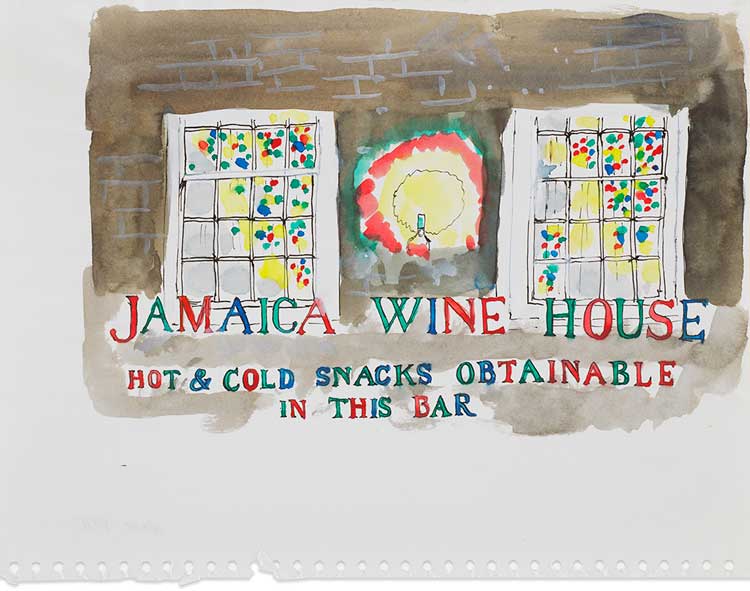 Kilimnik’s work, by contrast, is fleeting and scattershot. In the early days, where her images were marshalled into installations alongside various found objects, photographs and film, it seemed to refute the idea that a single artwork tells a story. It instead challenged its audience to make connections between different objects and create stories from them. Later, when she came to focus primarily on painting, even enthusiastic reviewers never failed to point out what the New Yorker calls “stubborn amateurism and faux naivete” and Art in America more bluntly terms “her ineptitude as a painter”. Kilimnik’s work, unlike that of many contemporaries, is never about the representational power of paint.

From the start, Kilimnik revelled in her own eclectic grab-bag of interests: Romantic art, fairytales, news stories, fashion magazines, spy films and television shows, gleefully flickering between highbrow and lowbrow, real and imagined. She was born and educated in Philadelphia, where she still lives, but the contents of her pictures travel across the world and back into the past. Her art now seems eerily prescient, pre-empting the “everything all the time” mentality of the digital age, where one can jump from Antonioni to Avengers Assemble or Beethoven to BTS with a few clicks and taps. Many artists deal with the ruptures between traditional and popular cultures. But few seem to bring them on to the same level so naturally. 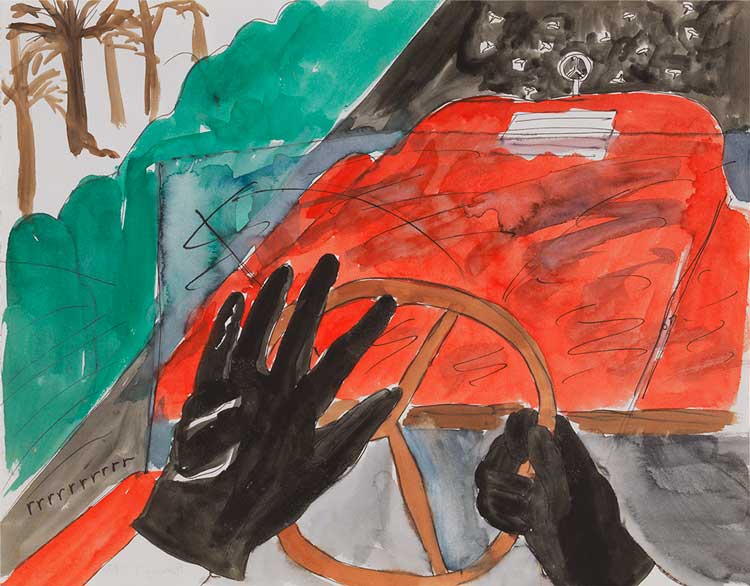 An exhibition at London’s Galerie Sprüth Magers shows that Kilimnik had such a roving mind from the start. Organised alongside a near simultaneous presentation at New York’s Galerie Eva Presenhuber, it collects more than 50 of Kilimnik’s pastels, ink drawings and other works on paper from the first two decades of her career. The selection was made by the artist herself, taken from what I can only assume to be a humongous archive.

Over three floors, we encounter a dizzying and sometimes disorienting array of images. The first room alone touches on burglary, views of London, car rallies and a greetings card picture of cars making a toast. But Kilimnik keeps turning to the same images again and again. As these threads develop, her art starts to become more and more fascinating. The exhibition might be an installation by stealth, disparate parts connecting to form a whole. 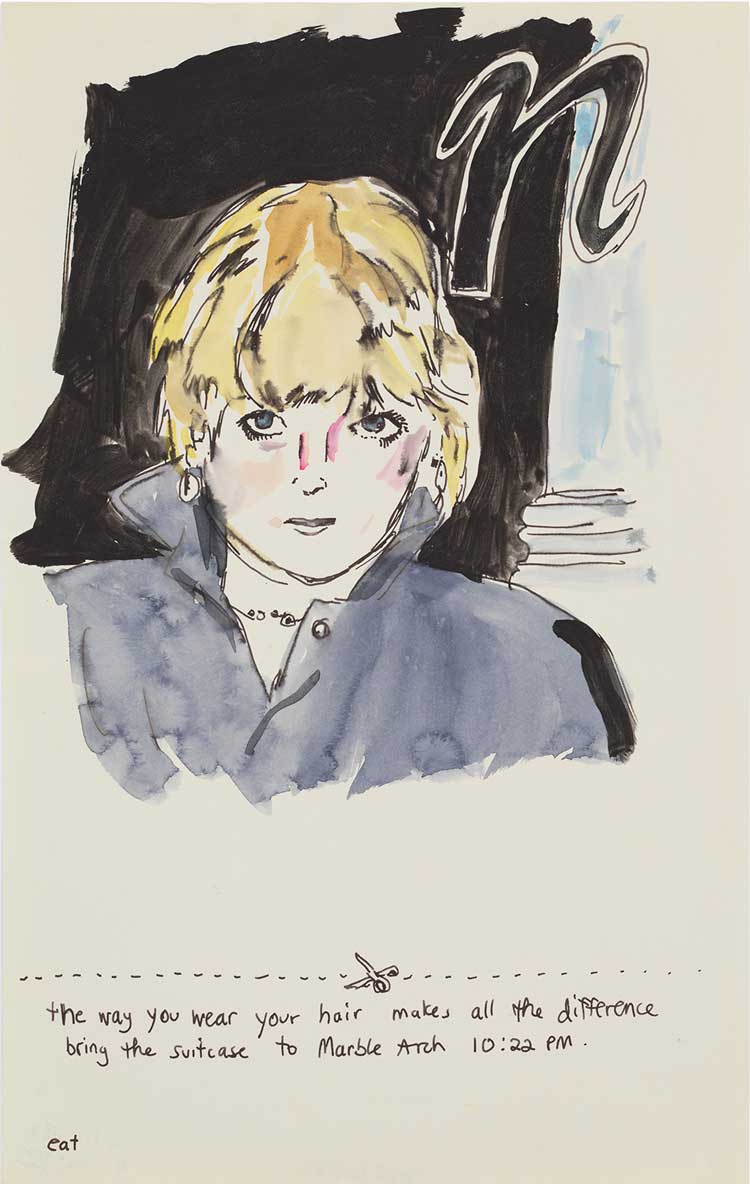 There are some recognisable faces: Twiggy; Paul McCartney; Diana, Princess of Wales; and Peter Rabbit. But unlike, say, Elizabeth Peyton, Kilimnik seems less interested in celebrity itself than in the roles they assume in pictures. Diana features in a work called secret agent assignment (1982), playing on her heavy trench coat. Espionage is a recurring thread throughout the exhibition. Kilimnik harboured a particular passion for the 1960s British TV spy show The Avengers. One piece, Suave, Insouciant, Urbane and Unperturbed (1998), depicts the lead character, John Steed, alongside a full monologue by Patrick Macnee, the actor who played him, about Benny Hill parodying him; Kilimnik’s drawings often feature texts drawn from other sources, as if she is making a notebook. 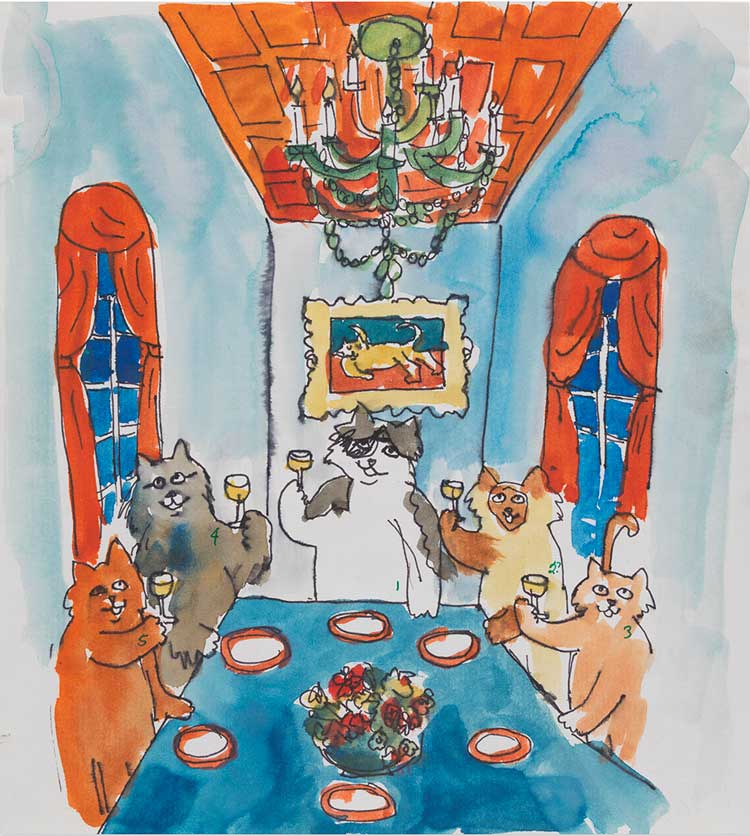 The Avengers was known for introducing a succession of strong female protagonists, unlike any that had previously featured on TV. Throughout the show, we see Kilimnik returning to the archetype of the action girl. One of the earliest works here, Cat Burglar Club, Our Leader (1977), has one such femme fatale, balancing a cat on one leg and a glass of wine on the other. Even those characters who do not necessarily belong to the world of subterfuge can come to seem involved in it, as in an untitled 1988 piece in which a woman peeks out of a doorframe towards two headless girl scouts. Kilimnik’s works often seem like fragments of a story. They also contain a degree of escapism. Cat Burglar at Work (1977) has one of her femme fatales taking down a precious equine painting while carrying a key, hinting that her escapade might be a fantasy of rule-breaking rather than the real thing.

This concern with appearances might connect to her interest in the art of the 18th century, a milieu of frilly dresses, opera masks, ornamental architecture and exquisite refinement. The exhibition contains two 1981 pastels that imitate the work of the great George Stubbs (was the Cat Burglar of 1977 also stealing one of his works?), which turn the equine painter’s precise backgrounds into sunlit fantasias. A 1982 drawing of Thomas Gainsborough’s Portrait of Mrs Mary Graham deftly captures the famously romantic portrait in ink. Even here, Kilimnik has chosen a piece with a tragic, romantic story: Mary Graham died of tuberculosis, after which her grieving widower refused to look at the portrait for the remaining 50 years of his life.

There is a swiftness and ease to the way Kilimnik has draughted his image, as well as many others in the show, that testifies to their extempore creation. These are the opposite of worked-over paintings, the quick projects of a mind filtering images and a hand keen to draw. Many of them come with both dates and timestamps, turning them into artefacts of particular moments in the artist’s life. It is through this, and through the sense of intruding on an individual’s mental browser history, that makes the exhibition at Sprüth Magers feel peculiarly intimate. 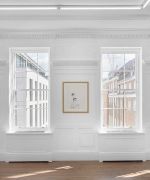