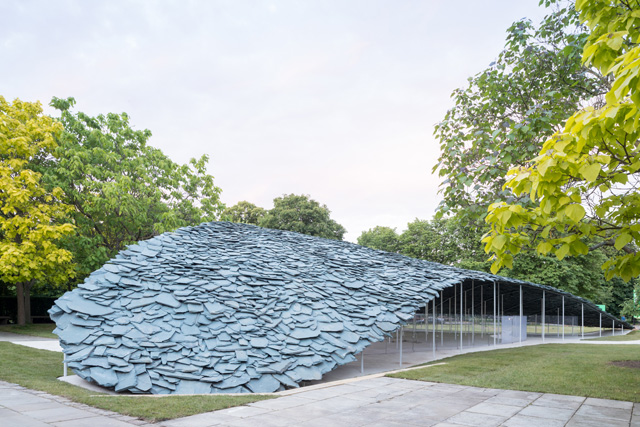 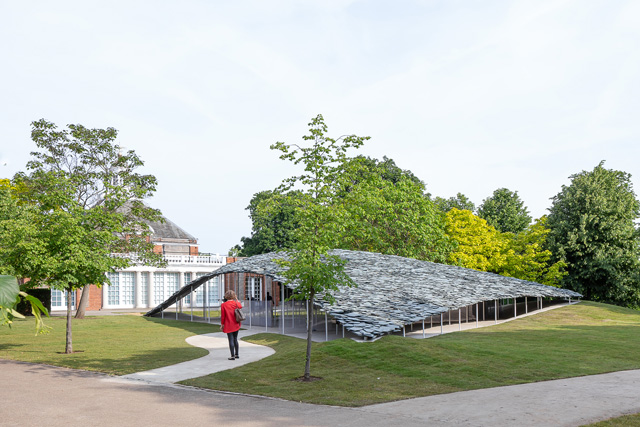 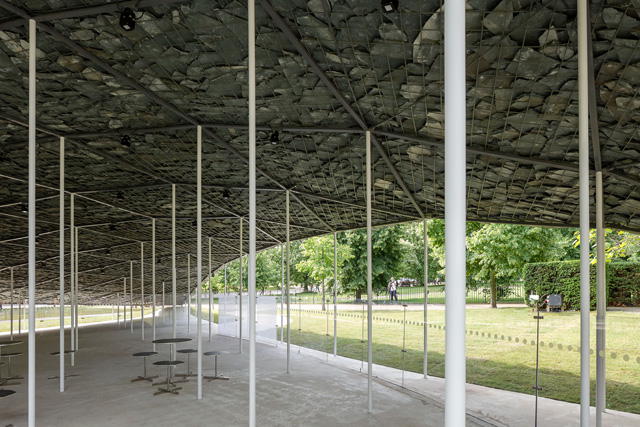 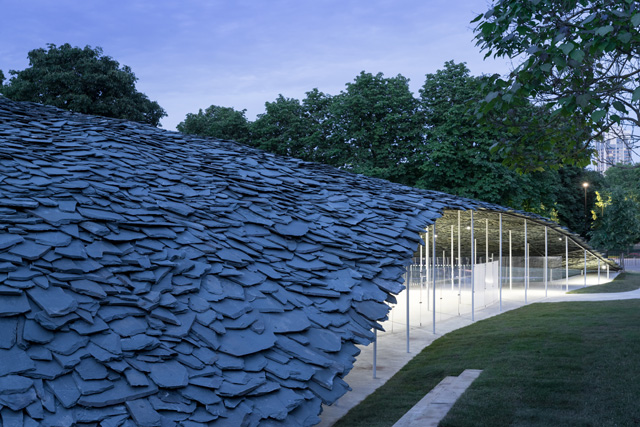 Perhaps this is an idea that looked good on paper, but with its dark slate roof and unstable-looking structure, Junya Ishigami’s pavilion is oppressive and unwelcoming

It is never a good thing when you walk away from a piece of art or architecture feeling that it is less than the sum of its parts, but Junya Ishigami’s Serpentine Pavilion is a peculiar entity. The Japanese architect (b1974) apparently wanted “to create this landscape that exists outside, inside the building itself”. But what he has conjured doesn’t really work as building or landscape - nor even as sculpture.

This annual summer commission, launched by former Serpentine Galleries CEO Julia Peyton-Jones in 2000, to showcase the work of international contemporary architects who had yet to build in the UK, has gone from being a rebellious gesture against the architecturally conservative establishment to a popular setting for the modern-day establishment to show off its sophisticated cultural credentials – a great backdrop for cocktails at the multiple summer parties. But its most successful iterations have also provided a new take on how structures and materials might be more creatively, inventively deployed to inspire and accommodate us. 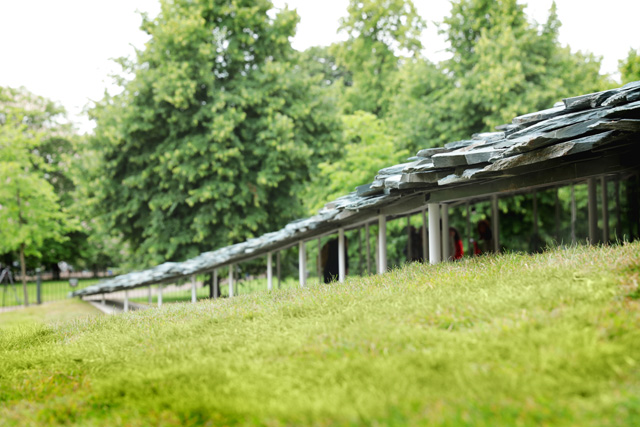 However, this one lacks any sense of welcome or inhabitability. Especially on a rainy day, its dark, brittle, roof canopy, made of thousands of stacked, hand-cut slate tiles, is oppressive. The heft and overhead presence of the slate - 62 tonnes of it, each piece stitched into a supporting cage by individual wires – feels precarious, unstable, as if the roof could teeter and fall at any moment, snapping or buckling the spindly steel supports that uphold it. 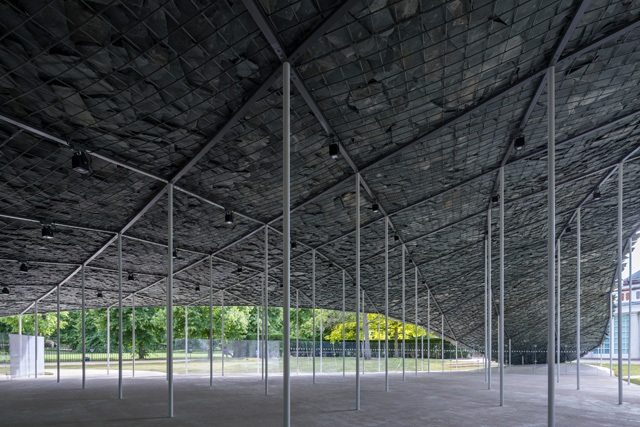 When I visited, a chill breeze and squally rain showers were blowing across Hyde Park, and the few people taking cover in the cafe underneath this rugged promontory looked anything but comfortable – or even sheltered. Perhaps the two burly security guards standing sentry by the entrances didn’t help; neither did the transparent, plexiglass barrier that has been erected along its outer edges. It was apparently Ishigami’s intention that people should be able to stream in and out of this pavilion unhindered, but the structural engineers’ calculations indicated that a strong gust of wind might sweep the furniture out from under it, so the barriers had to be inserted at a late stage; retro-engineering for health and safety rarely improves the aesthetics of a project. 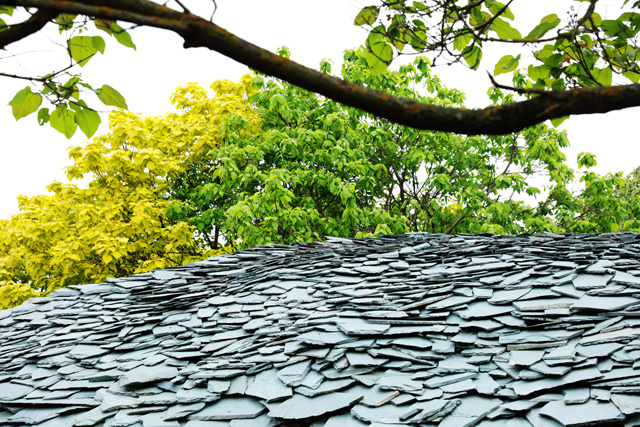 In fact, this particular pavilion seems to have been ill-starred from the start. Ishigami, who worked at SANAA (creators of the 2009 pavilion) before setting up his own practice in 2004, is praised for his experimental rigour, and his “free space” philosophy, which seeks to express harmony between manmade and natural structures. But compromises were apparently forced on the project due to time scales and construction issues: the aforementioned security barriers, for example, and the addition of more supporting pillars, required to uphold the weight of the canopy. These add-ons may be partly responsible for the fact that it doesn’t really deliver the sense of tension and delight that Ishigami clearly envisaged, when he talks about the interplay between the weight of this canopy and the lightness of its slender supports. Perhaps this is a structure – or an idea - that looked better on paper. The crusted canopy of rock, which Ishigami thought would “levitate(s), like a billowing piece of fabric”, comes across as more leaden, less graceful than that description would imply. 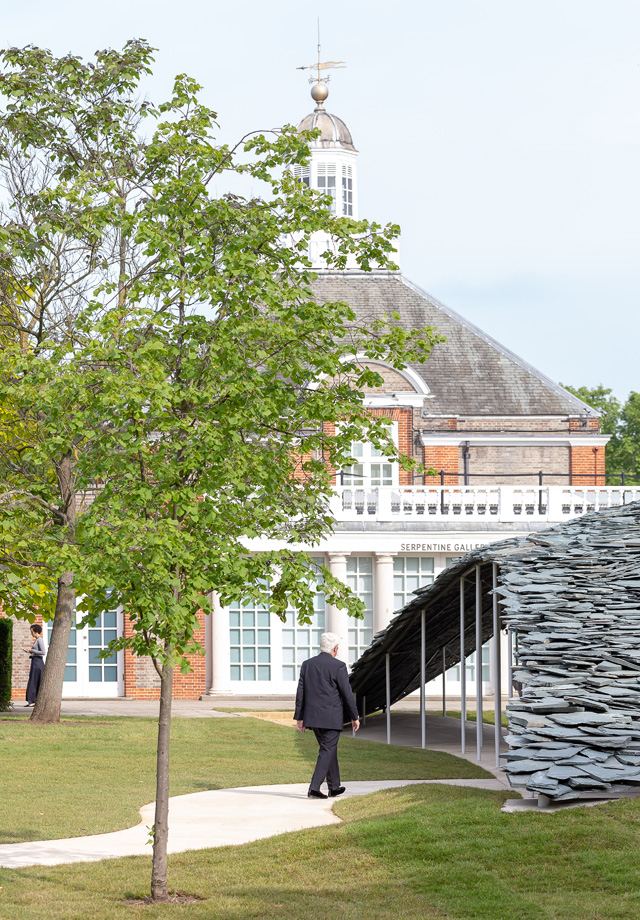 The project was hit by another blow, just a few days before the pavilion opened: news broke that Serpentine Galleries CEO Yana Peel, who took over from Peyton-Jones in 2016, had resigned her position over “toxic personal attacks” caused by her business involvement in a controversial Israeli cyber-security company. The story inspired a reviewer writing in the Observer newspaper to interpret the pavilion as “an ominous stone cloud … an apt metaphor for the noxious conflation of contemporary art and big business”. 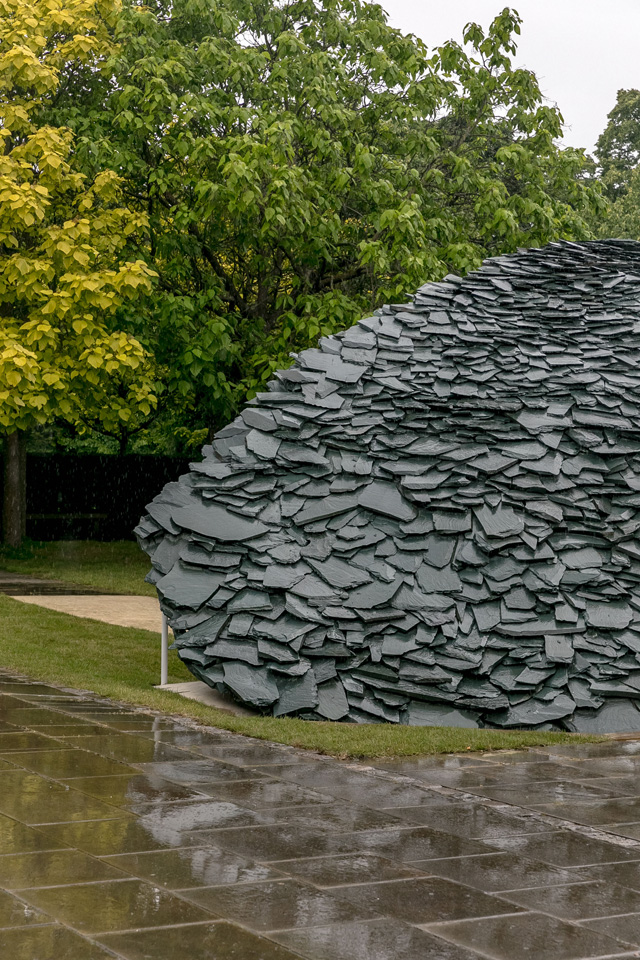 Through the use of slate, Ishigami wanted to reference both natural landscapes and roofing structures – echoing the slate that covers the picturesque, geometric roofscape of the adjacent Serpentine Gallery. Yet the only view that really reinforces the slate connection, or evokes the idea of this pavilion as a new kind of landscape emerging from this building, is the photograph (shown here) of the structure, taken from above, either by drone or helicopter – not a viewpoint likely to be enjoyed by any passerby, apart from the birds. 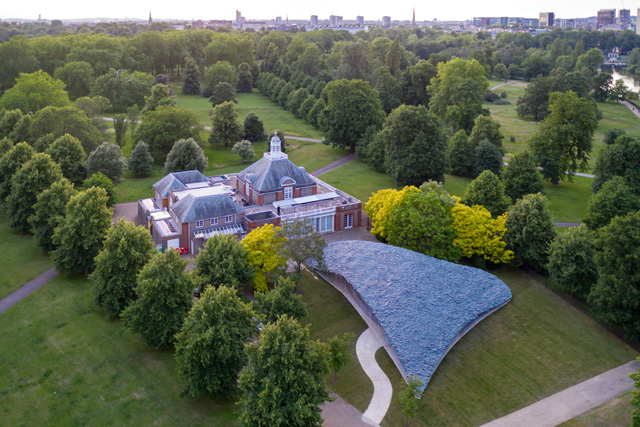 In fact, the outstretched wing of a raven or crow is what it most resembles. While in European mythology, the crow has rather a negative reputation, in Japan, these birds are revered, seen as a mark of rebirth and rejuvenation, or guidance. Given the tumultuous political situation brewing in the UK right now, the symbolism is apt. Indeed, in Japanese Shinto tradition, the appearance of a three-legged crow (yatagarasu) is evidence of divine intervention; given the gloomy prognosis, we may be calling on yatagarasu before the year is out.