Constable: The Making of a Master

Constable: The Making of a Master

John Constable is renowned for his idyllic images of the English countryside. But as a new exhibition at the V&A shows, he didn’t just sketch picturesque scenes of the Stour Valley, but drew inspiration from Europe’s Old Masters as he cultivated a naturalistic vision that would leave a rich legacy

John Constable is the subject of a fresh exhibition at the Victoria & Albert Museum this winter. The 19th-century landscape painter is popular for his idyllic images of the English countryside. As you sit down for a cup of tea, you may find that one of his landscapes appears on your biscuit tin. In scholarly circles, Constable is often regarded as a forerunner of the French impressionists. This major show takes another look at his influences, techniques and legacy. It not only brings together his great masterpieces and open-air oil sketches, but considers his lifelong relationship with his artistic heroes. Constable is presented alongside Old Masters from Europe, such as Claude Lorrain, Thomas Gainsborough, Nicolas Poussin, Peter Paul Rubens and Jacob van Ruisdael, whose artworks he closely studied as he forged an innovative naturalism that would be a revelation for his contemporaries in France.

He lived in an era when agriculture was a way of life, as you can see in The Hay Wain (1821), his world-renowned depiction of hay carting on a summer’s day. Born in 1776 into a prosperous family, he grew up in a pocket of leafy Suffolk, England, which inspired him to become a painter. Constable sketched the rolling landscape of the Stour Valley and Dedham Vale, studied the cloud formations above Hampstead Heath, and stirred the hearts and minds of painters of the Barbizon School. At the Paris Salon of 1824, Constable was awarded a gold medal from Charles X for The Hay Wain. In 1829, he was elected to be a Royal Academician. The influential scholar and collector Kenneth Clark wrote in Landscape into Art: “It is the genius of Constable which first discovered and still justifies the art of unquestioning naturalism.”1

The scene is set for the exploration of Constable’s naturalistic vision with a short film of how the places he sketched appear today. While the Suffolk countryside is little changed, the London skyline is now dotted with shimmering monoliths. The window on to the present day gives resonance to the authenticity of the paintings. The juxtaposition of Old Masters’ classical landscapes and studies by Constable explore how he learned his craft. The captivating Landscape by Moonlight (1635-40) by Rubens provides the inspiration for Constable’s nocturnal scene, Moonlight Landscape with Hadleigh Church (1796). A grand, idealised painting that was a favourite of the connoisseur Sir George Beaumont, who gave his collection to the National Gallery, Landscape with Hagar and the Angel (1646) by Claude, is a touchstone for Constable’s Dedham Vale from the Coombs (1802).

One of the strong points of this show is its documentation of the vital role that Dutch realism played in Constable’s oeuvre. Seen here is enchanting work by the great landscape painter of the Dutch Golden Age, Ruisdael, who pioneered the art of “landskip” with his scientific approach to nature, and was the subject of an excellent show at the Royal Academy of Arts in 2006. Constable’s enthusiasm for the Dutch painter can be observed in his copy of Ruisdael’s Winter Scene (1660s), on display next to the original picture of a windmill standing tall against a stormy sky. But at the request of the owner, Sir Robert Peel (later British prime minister), he added a tiny dog to distinguish his painting from the original. When Constable copied the Old Masters, he infused his landscapes with his own emphasis on the specificity of the natural world.

Constable was true to his own perceptions. He aimed to move beyond inherited models and to pursue an individualised approach to nature. He once said: “When I sit down to make a sketch from nature, the first thing I try to do is to forget that I have ever seen a picture.”2 He displayed a sincerity in his sketches from life, as seen in A Cart with Two Horses (1814), a careful oil study made in preparation for a large composition, The Stour Valley and Dedham Village (1815). By the 1820s, he was transforming oil sketching from a genre used for recording landscapes into a method for capturing the atmospheric effects of the light and weather. His scientific approach can be seen in the elemental study of a cloud formation above Hampstead Heath, Study of Cirrus Clouds (c1821-2), and his open-air oil sketch of a storm-laden sky above a sweeping shoreline, along which two figures walk in Brighton Beach (1824).

This show explores how sketching outdoors to capture the transient effects of the weather was central to Constable’s working method in a glorious display of his magnificent paintings of the River Stour in Suffolk – The Hay Wain and The Leaping Horse (1825). His full-scale sketches of such rural scenes, with their various shades of colour, have a spontaneous feel that makes the studies as delightful as the exhibited paintings. A close encounter with The Hay Wain is a rich and authentic viewing experience. The painting’s warm reception at the Paris Salon of 1824 was associated with the appeal that Constable’s naturalistic vision held for French Romantic artists seeking an individual approach that ran counter to the traditional hierarchy of the conservative Academy. The Dutch realist Ruisdael attracted critical praise at the time. Grounded in his study of the Old Master, but displaying an innovative naturalism, Constable captured the imaginations of painters of the Barbizon School. And he would later inspire impressionists, as they sought to achieve a democratic vision. This exhibition shows why Constable is not only one of the best-loved painters of the English countryside, but has an appeal that crosses over to the European continent and beyond. 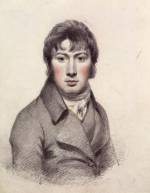 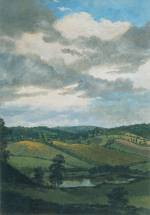 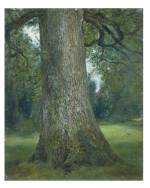