Joey Holder: ‘I’d like to see a lot more collaboration between the sciences and the arts’

Joey Holder: ‘I’d like to see a lot more collaboration between the sciences and the arts’

The artist shows Studio International around her ‘futuristic medical room’ installation and explains how what, at first, might seem like science fiction, is pretty much science fact

Working with cutting-edge science, artist Joey Holder (b1981) has created an immersive clinical environment, into which the visitor enters, wearing blue shoe covers, to be confronted with a larger-than-life MRI scanner, tanks containing dried-out deep-sea creatures, and X-ray light boxes, on which magnified bacteria and a curious skull are displayed. This is Ophiux, a speculative pharmaceutical company of the not-too-distant future, working with synthetic biology, to create new, genetically modified life.

During her 2015 residency at Wysing Arts Centre in Cambridge, Holder was introduced to Dr Marco Galardini, a computational biologist at the European Bioinformatics Institute at the Wellcome Trust Genome Campus, Cambridge, and Dr Katrin Linse, senior biodiversity biologist at the British Antarctic Survey, Cambridge. She has collaborated with them on her research to produce both the installation and the accompanying film, recently premiered at Deptford X, and soon to go on a national tour.

Having studied sciences and art at A-level, Holder chose to follow an artistic career, studying first at Kingston University and later at Goldsmiths University of London, where she obtained her MFA in 2010. Science has remained an enduring interest, however, as have curious and alien life forms, and – no doubt influenced by her time spent as a dive master in Turkey – the underwater world. This complex and thought-provoking exhibition brings together these diverse strands and makes a case for future such discourses between artists and scientists.

Holder showed Studio International around the installation and explained some of the science fact and science fiction involved. 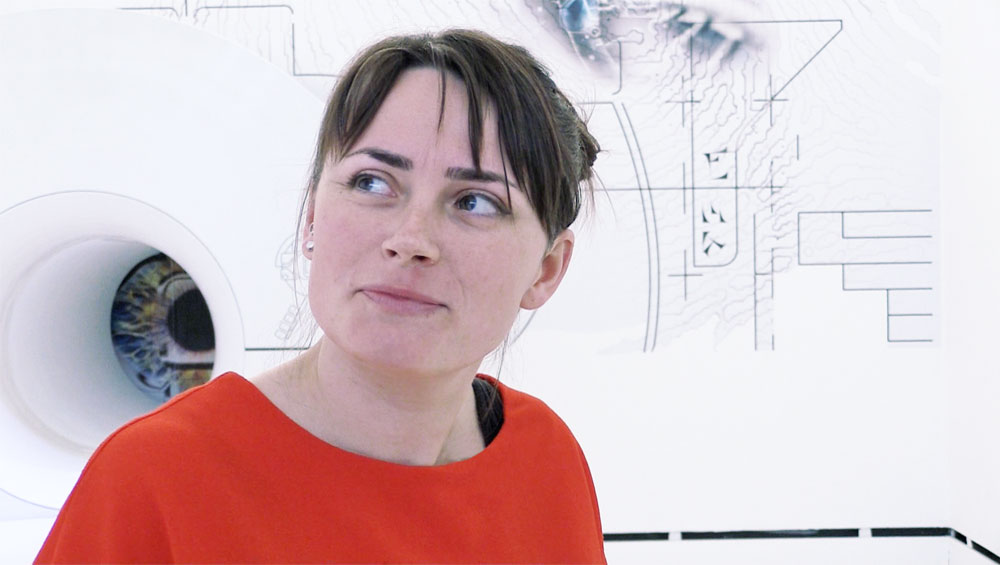