Jasper Johns and Edvard Munch: Love, Loss, and the Cycle of Life

Jasper Johns and Edvard Munch: Love, Loss, and the Cycle of Life

Despite the vast differences in the style and intention of their work, this exhibition attempts to show how Munch’s imagery entered Johns’s psyche and then lay dormant for years, only to resurface transformed 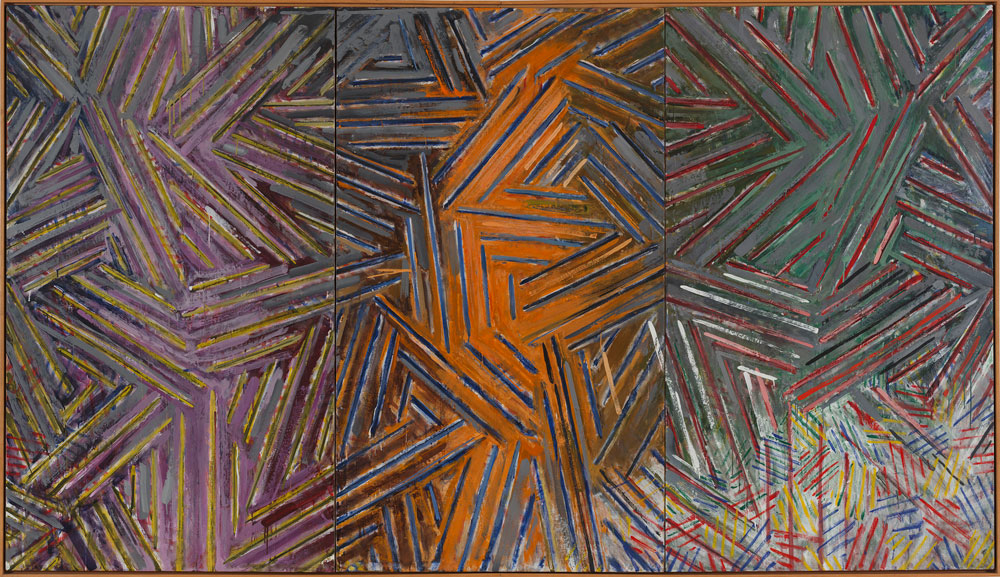 In Edvard Munch’s late Self-Portrait Between the Clock and the Bed (1940-43), he stands with his legs splayed and his arms hanging by his sides. Squeezed between a tall clock and a narrow bed, he confronts the viewer directly, acknowledging his symbolic position between impending death and the promise of eternal rest. At the age of 80, he depicts himself quite literally on a threshold between two rooms in his home in Ekely, just outside Oslo, where he lived alone from 1916 until his death in 1944. Yet as a meditation on old age, it is not without hope: the place of eternal rest (the bed) is also a site of creation, offering a promise of an enduring future. Death, like the passage of time, is inevitable, but the room behind him is filled with paintings, suggesting that beyond his own mortality, Munch is pondering the fate of his legacy.

Between 1981 and 1983, American artist Jasper Johns painted three monumental canvases, which he called Between the Clock and the Bed, in reference to Munch’s last self-portrait. But why did the American title these large abstract paintings after such a deeply personal figurative work? This is the question that curator John B Ravenal1 sets out to answer in the exhibition Jasper Johns and Edvard Munch: Love, Loss, and the Cycle of Life, contending that the impact of Munch on Johns is deeper and more sustained that previously thought. Johns first encountered Munch’s work at the age of 20, when he visited Munch’s 1950 retrospective at the Museum of Modern Art in New York, but the influence of Munch would not appear literally in Johns’s work until some 30 years later.

In many ways, the two artists could not be more different in style and intention. Munch saw no contradiction between narrative content and abstraction in his compositions, which absorb and exude emotions with equal force. Unlike his avant-garde contemporaries, he never sought to “free” painting; he had no desire to expunge the personal, and thus, as art critic Clement Greenberg claimed, his works never achieved “purity” – they were forever contaminated by a subject. In marked contrast, Johns rejected the emotional and subjective in his work, favouring found or impersonal imagery and expressing outright antipathy toward expressionism. Given these vast differences (and Johns’s own habitual tendency to provide disingenuous explanations of intent), one can’t help but ask whether Johns’s appropriation of Munch’s title is actually a homage, or if it is perhaps a cruel parody? Whatever the intent, the original question remains and it provides the focus for Ravenal’s radiating meditation on creativity, affinity and influence.

Johns’s Clock and the Bed paintings are the last works in his Crosshatch series, which he started in 1972 and which would become the sole focus of his paintings for the next 10 years. The exhibition begins with the early crosshatch works, images that seem to foreground pictorial technique and extreme neutrality as they focus on line, pattern, mirroring, and reversals. Johns claims that the idea for this abstract motif came to him after he saw the pattern on a car passing by. This explanation of influence, generated from an unexpected encounter with a visual element that lingers in the mind and morphs into something different – something connected but not neatly referential – is the best path by which to approach Ravenal’s explanation of how Munch’s imagery entered Johns’s psyche and then lay dormant for years, only to resurface transformed.

From the early crosshatch works, the exhibition moves on to Johns’s Savarin prints, which depict his famous 1960 bronze sculpture of a coffee can filled with upturned paintbrushes. Through these images, Ravenal starts to unpack unconscious layers of Munch’s influence on Johns, tying Johns’s incorporation of a wood-grain pattern to Munch’s pervasive use of the textured wood grain in his woodcuts and noting the similar positions of a skeletal arm or arm-print in a predella-like space in several of Johns’s Savarin images and in Munch’s 1895 self-portrait. At this stage, the link between the two men is elusive – and at best tenuous – but we are not asked to find a one-to-one correspondence, just to follow small moves that arguably allowed Johns to find a connection with Munch. Further parallels between the two artists are drawn out through their engagement with the commons themes of sex and death, found in Johns’s Tantric Detail (1980), in which a scrotum and skull appear amid crosshatching, and in Munch’s Metabolism (1916), in which a nude pregnant woman leans against a tree that draws nourishment from a skeleton that lies below. Though the glaring disparities between the two artists remain abundantly clear, with Johns’s clarity of calm purpose and balanced hues fighting against Munch’s unbridled angst and vibrant colours, their works feel richer when hung together and shared tendencies – of repeated subjects and motifs – feel deeper. As viewers we are pushed to slow down and to look more closely.

By the time the Clock and Bed paintings appear, we are prepared to find more than a quotation of title or straightforward appropriation of a compositional structure (though Johns’s use of three panels in each of the paintings does echo the rhythmic division of Munch’s canvas between the clock, the man and the bed). When borrowing Munch’s title, Johns drops the first part, leaving only “Between the Clock and the Bed,” phrasing that suggests an unknown, absent presence, much like the lighter patch in the central panel, which Johns describes as “an existence between two existences”. Part of what makes Munch’s work so difficult for art historians is that it exists on the periphery of the avant garde: his images do not carry dialectic tension – his abstraction is freighted with intentional emotion, and narrative never leaves his experimental works. Munch does not to seem to have found a need for a division between the subjective and the material. In turning to Munch, Johns perhaps found a necessary freedom, a slipperiness of boundaries that he had already embraced in his merging of various media and print-making techniques.

From this point forward, the argument for a continued affinity between the two artists starts to fray and Munch increasingly slips into the background. But what does become clear is that, in these three large abstract paintings, Johns was able to signal the end of one phase and cross a threshold into another more varied one as recognisable imagery resurfaces in such masterpieces as In the Studio (1982) and Perilous Night (1982). In the final section, the exhibition concludes with the four panels from Johns’s The Seasons, a group of works that, much like Munch’s self-portrait, offers an autobiographical meditation on the passage of time and death. In each panel, Johns’s arm appears within a semi-circle, marking how far the artist has progressed in his lifetime, much like the hand on the face of a clock, and his traced shadow looms large over the patchwork compositions in the same splayed-leg stance Munch adopts in his self-portrait. But such visual comparisons are mute. As Johns drew from Munch, he was simultaneously distancing himself from the elder master in order to find a new creative direction.

Footnote
1. Ravenal formerly served as the Sydney and Frances Lewis family curator of modern and contemporary Art at the Virginia Museum of Fine Arts, is now the executive director of the DeCordova Sculpture Park and Museum in Lincoln, Massachusetts. 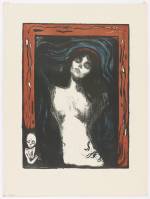 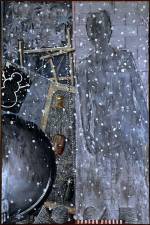 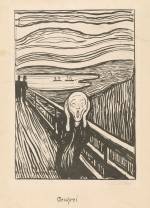 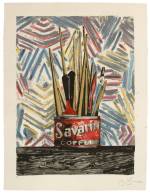 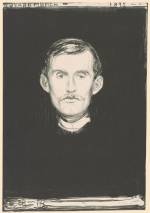 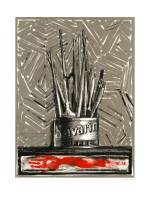 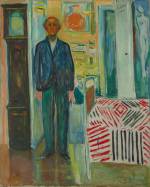