James Edgar and Sam Walker: ‘We think of Assembly Point as part of our collaborative practice’

James Edgar and Sam Walker: ‘We think of Assembly Point as part of our collaborative practice’

James Edgar and Sam Walker talk about Assembly Point, their co-founded gallery, studio space and publishing company, which they set up in 2015 in south London

While they were students, Edgar and Walker researched art spaces in New York and London, looking at the different ways they were operated, in terms of finance, collaboration and creative community. The pair collaborated on their MA show, producing a gallery space within the exhibition, and while they also make work individually, they graduated together as Edgar-Walker in 2013. 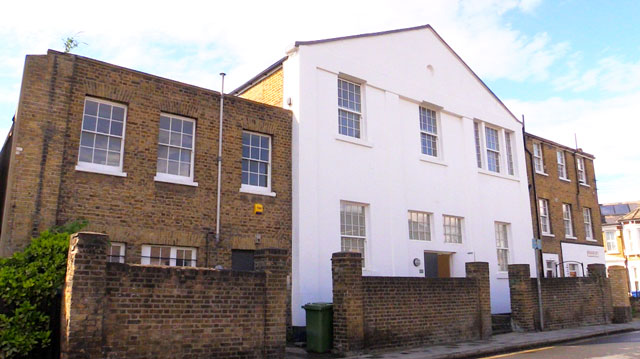 Studio International visited Edgar-Walker at Assembly Point, the contemporary arts space they co-founded in Peckham, south London in 2013, and heard about the ideas behind their enterprise, the people involved and the many and varied events and ventures associated with it, from studios to book launches and publishing, gallery exhibitions, performances and the sale of limited-edition artworks.

Edgar-Walker have built a wonderful creative hub, a supportive community for the artists who have studios on site, and – very rare in our current social and financially troubled times – a place that celebrates and encourages creative practice, particularly supporting artists whose work has not yet been widely exhibited. There is much to be celebrated in the magnificent environment of Assembly Point, and south London is richer for this substantial and important arts space.