In Pursuit of Elusive Horizons

In Pursuit of Elusive Horizons

Clouds, lights and skies next to a view above a globe. A trip in the mountains and then a walk around an island. These are images of contemporary art that you can find a stone’s throw from the John Lewis store in Europe’s busiest shopping area. The elements form part of an exhibition at Parafin Gallery this summer: In Pursuit of Elusive Horizons. The pictures encourage us to think about the relationship between people and nature.

There are many exhibitions about the epoch of the Anthropocene, which consider how humans have impacted on the environment. This show offers a subtle approach to the landscape, which is like a pocket of air. The artist and curator Rebecca Partridge says by phone: “This is the third in a trilogy of exhibitions that I have curated and the first one was five years ago in Germany.” Next came the exhibition Scaling the Sublime: Art at the Limits of Landscape, co-curated with Professor Nick Alfrey, held this year at the Djanogly Art Gallery in Nottingham. All the artists in the Parafin Gallery show were featured in the previous exhibitions. This core group of artists includes Martin John Callanan, Simon Faithfull, Rebecca Partridge, Katie Paterson and Richard T Walker. 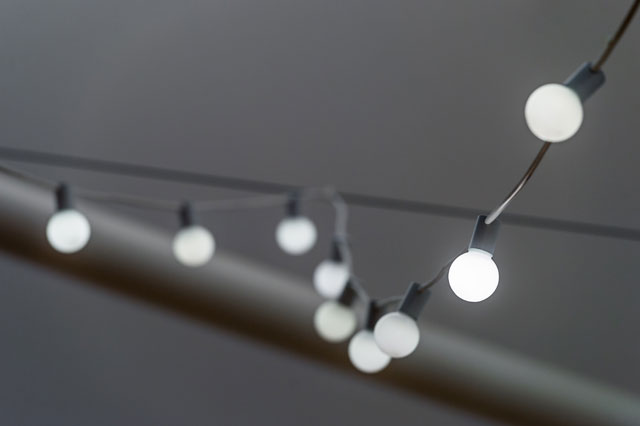 Whereas the museum space within an institution perhaps offers a greater degree of curatorial freedom, the commercial gallery setting means that this outing is tightly focused. This show has been entirely curated by Partridge, who says the selection of artists has been finely tuned as the trilogy has unfolded – the previous exhibitions had other artists, too. This chapter features Partridge’s beautifully painted sky studies, alongside a 3D digital print of a globe by Callanan, landscape prints by Walker, and text pieces, a light-filled installation and a candle by Paterson. Finally, there is an excellent pairing of films by Faithfull and Walker. 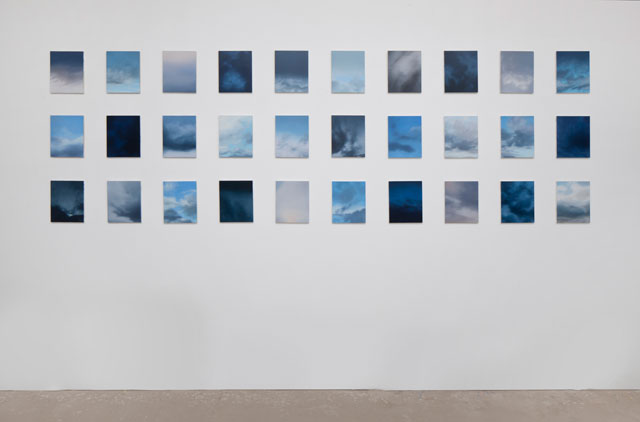 The multidisciplinarity of pieces by this quintet is important to the curator, who says this concept focuses on meta-narratives. The sense of flux in artworks that oscillate between being emotional and romantic, on the one hand, and objective and reasoned, on the other hand, is a key theme for Partridge. The interrelationship of pieces emphasises this sense of flux in the gallery. You can see a play of scale in the juxtaposition of Callanan’s terrestrial cloud globe with Paterson’s string of lights, where bulbs create luminosity relative to the brightness of stars in a constellation. 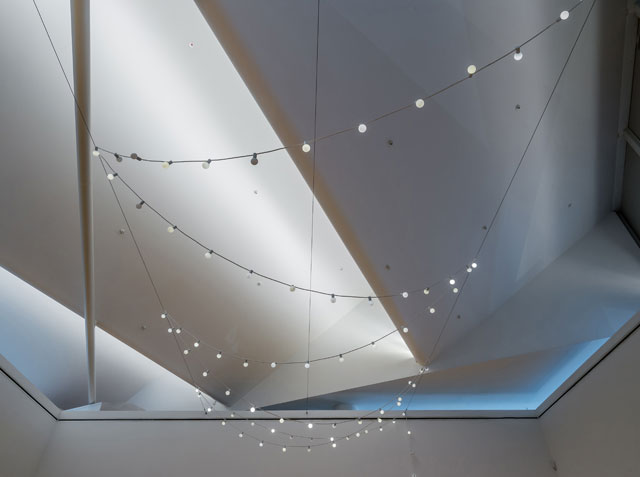 You can also observe this in the connection between Walker’s video of a man serenading a mountain and Faithfull’s video of a figure disappearing into the sea. 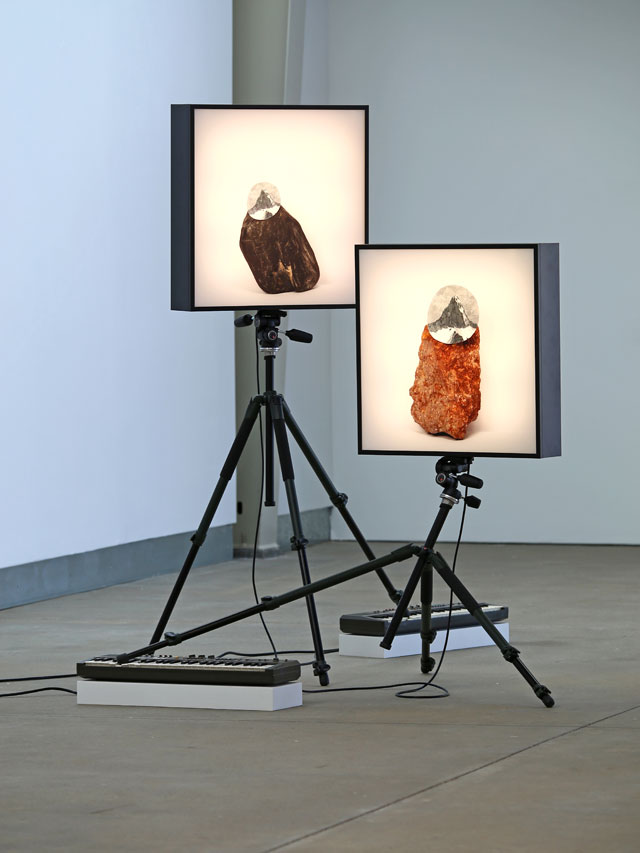 In Walker’s video, An is that isn’t always (2015), the solitary artist lies in the white sands of the New Mexico desert beneath an open sky, as he meditates on ideas of landscape and nature. At one moment, he appears to be serenading a mountain, evoking intimacy and distance. He calls to mind the oeuvre of the German Romantic painter Caspar David Friedrich, who presented viewers with an experience of the sublime. Partridge believes that Walker’s film sets the narrative scene for the exhibition as he walks out into the landscape: “He sets out the philosophical problems that we are dealing with of our relationship to landscape, and our desire to connect with landscape, and this romantic feeling, and then all the critical problems with that, and how it all falls apart. It is very sincere, but it is also completely ridiculous at the same time, and it does oscillate between those two things. That leads into a way of reading Faithfull’s work, which could probably be considered as the most directly ecological.” 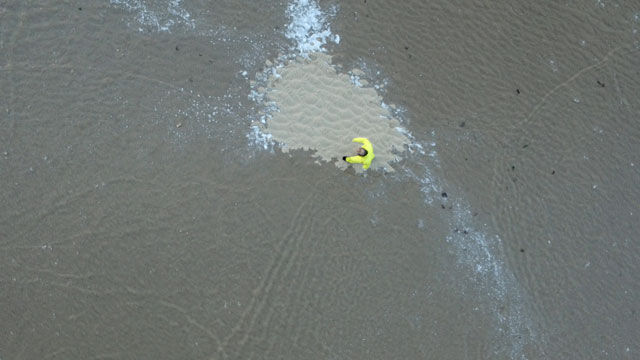 In Faithfull’s video, Going Nowhere 1.5 (2016), a tiny figure in yellow traces the path of a receding sand-island in the North Sea. The image of the singular man, submerging himself in the sea is a melancholy one, evoking the ideals of the Romantic poets, such as Keats, Coleridge and Wordsworth, who reflect on the overwhelming power of nature. Yet he carries on walking against the adversity of a rising tide, as though there could be a different ending. Partridge says: “I believe that by trying to re-establish, or kind of re-energise landscape with a sense of wonder, that is an impulse towards more ecological care in some way. Simon talks about it himself, that he is a ‘wonder junkie’, and that comes through the work. It’s not necessarily a catastrophe scenario. There is a real sense of exploration in the work and curiosity.” 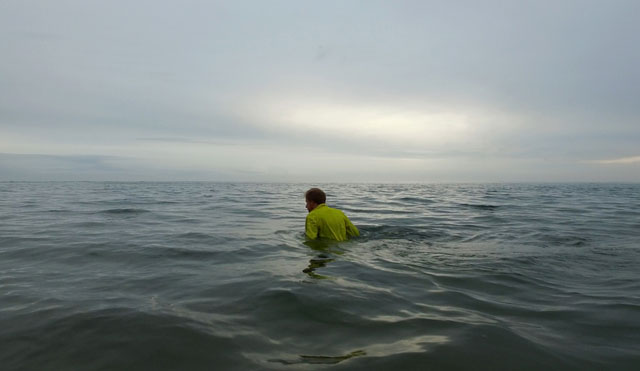 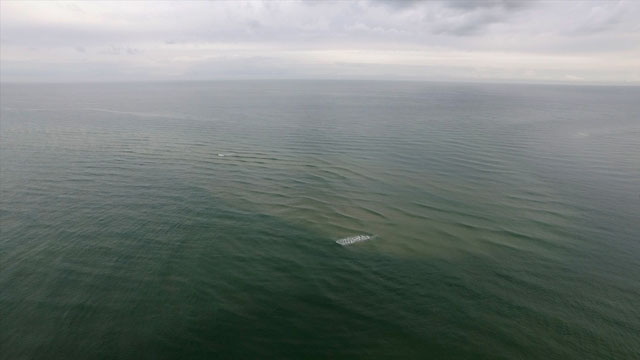 A keen environmental awareness is a unifying theme of this exhibition. As the island in Faithfull’s film is receding, the image calls to mind the impact of climate change and rising sea levels, which could mean that low-lying islands vanish beneath the waves later this century. Yet while an environmental awareness exists in one reading of the work, in mapping the landscape, the curator has derived her inspiration from elsewhere. Among her influences, she cites cultural theorists Robin van Akker and Timotheus Vermeulen, who provide the critical framework of metamodernism, which appears to pivot between modernism, and its sense of optimism and linearity, and postmodernism and deconstruction. They suggest that Romanticism can be defined by a wavering between projection and perception, and attempts at transcendence, which can never be realised. This can be seen in the sense of flux in the relationship between the self and nature in this exhibition, as in the search for self-transcendence in Partridge’s sky studies. 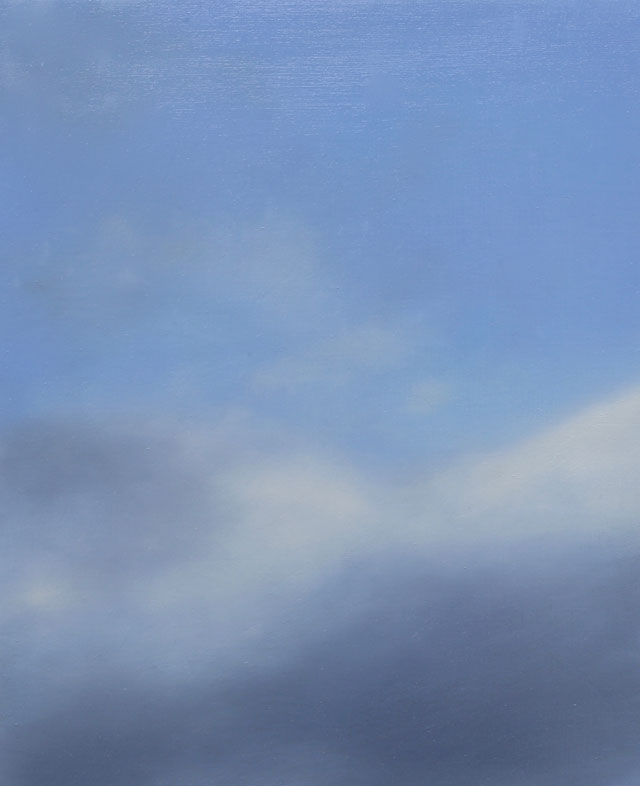 For the curator, one big influence has been Jörg Heiser’s Romantic Conceptualism exhibition at Kunsthalle Nürnberg in 2007, which is notable for its unusual pairing of Romanticism and conceptual art. Importantly, Partridge discusses the inspiration that she finds in the work of Professor Jane Bennett, author of Vibrant Matter: A Political Ecology of Things and The Enchantment of Modern Life, and talks about ecological care, and relationships to aesthetics and ethical actions. This ecological concept is part of a compelling form of philosophy, like the solitary artists’ meditations on the landscape and nature in the videos of Faithfull and Walker. It is a fruitful way to understand a subtle exhibition. Partridge says: “For me, I’m trying to encourage a heightened sense of responsibility or care.” As you walk away from this exhibition and step back into the bustle of life, you could find that these ideas are worth exploring. 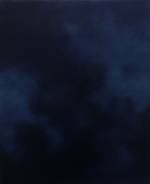 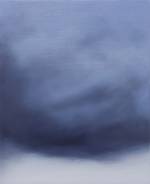