From Paterson’s exploration of deep time and the cosmos to Almond’s ethereal moonlit photographs, this exhibition focuses on the concept of time 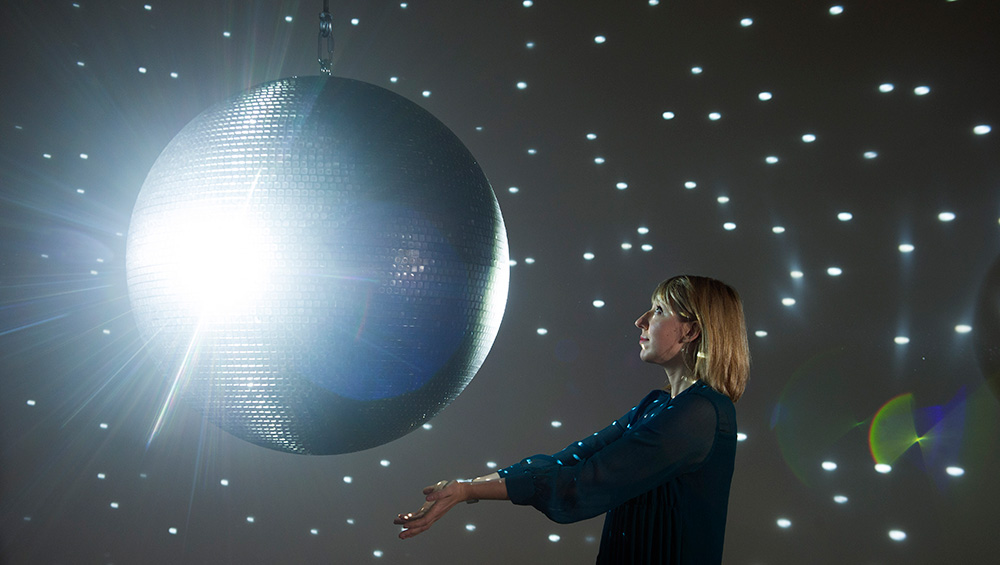 In this sixth and last instalment of the Now series of contemporary art exhibitions at the Scottish National Gallery of Modern Art, four artists contemplate the concept of time. Featuring the work of Scottish artist Katie Paterson, as well as that of English artists Darren Almond and Lucy Raven and American artist Shona Macnaughton, the exhibition holds together well, with each artist bringing their individual research interests into focus and overlapping with each other in interesting, varying ways.

Stretching over four rooms and a hallway, Paterson’s meditations on time and space set the tone for the show. Having long immersed herself in ideas about deep time, the cosmos and the significance (or insignificance) of humans in that context, this most recent work is an attempt to translate these complex ideas into physical, poetical works of art. Her art is, in part, a form of education; viewers are encouraged not only to experience and meditate on her installations, but also to emerge with a greater understanding of the subjects she presents. 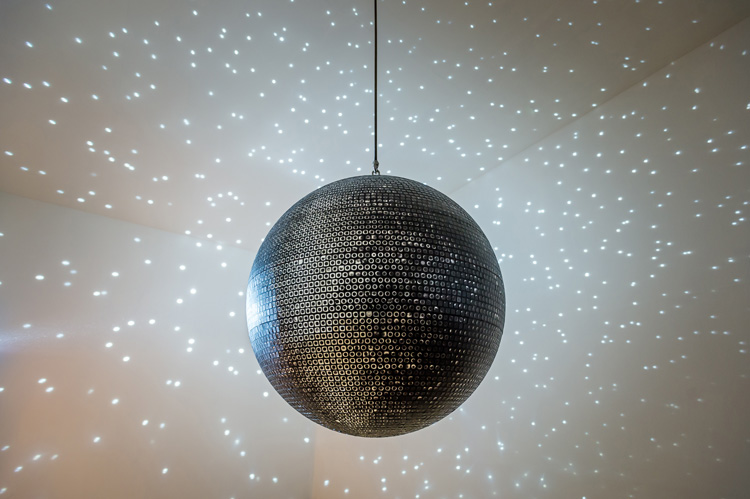 In Totality (2016), for instance, a large mirror ball created from myriad images of solar eclipses, we learn about how humans have captured these natural phenomena and our relationship with our wider, mysterious environment. In particular, Paterson is interested in how our perception of ourselves, of being human, changes when we learn more about time and space. As she has said: “Time runs through everything I make … Why I’m drawn to time is hard to describe – it’s to do with being outside myself, and being inside a more universal network where distance and time might not necessarily even exist.” 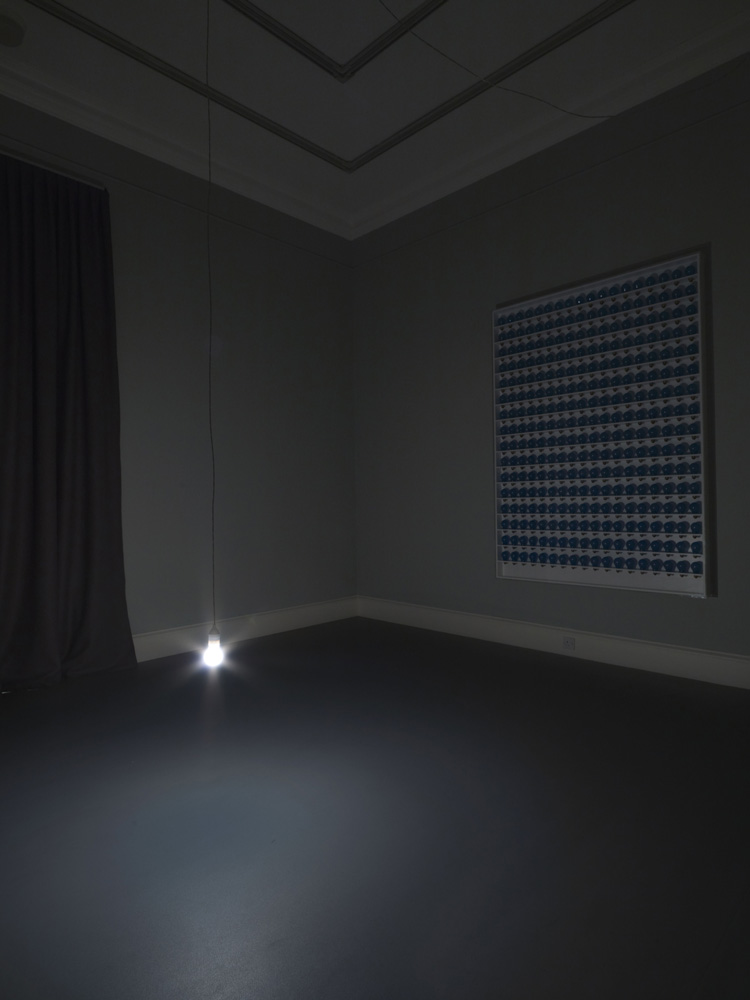 The exhibition also shows a new film, Future Library: A Century Unfolds (2019), which documents Paterson’s 100-year project Future Library, which has involved planting a forest in Norway to supply paper for an anthology of books to be printed in 100 years, and reflects on what it means to invest faith, time and effort into such a long-term project.

Almond, who was shortlisted for the Turner Prize in 2005, joins Paterson in her exploration of time, space and the human presence in it. His work, which features his photographic series Fullmoon, a collection of long-exposure photographs made using the light of the full moon, complements Paterson’s installations nicely, grounding his own art practice in more Earth-based explorations. As he has explained: “With long exposures, you can never see what you are shooting, but you are giving the landscape longer to express itself.” Again, this connection between the existence of humans and our own understanding of our place in the universe, and the inescapable dominance and magnificence of our wider environment, is explored subtly and evocatively.

With exposure times of 15 minutes or more, Almond’s photographs show a seeming distortion of natural light patterns, where scenes photographed at night appear to be daytime because so much of the moonlight has been captured in the shots. This very human desire to play with, and distort, the rules of time and space results, here, in mesmerising, eerie images of landscapes in Scotland, Uganda, China and Northern Patagonia. 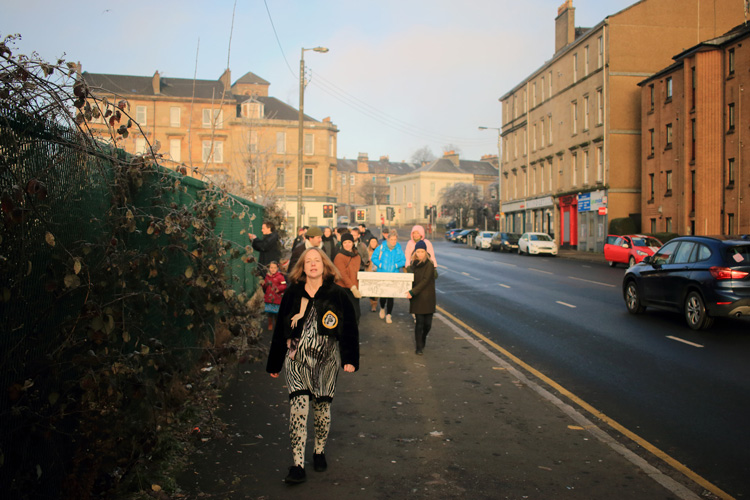 Bringing us further down to earth is Macnaughton, the Glasgow-based artist whose work Progressive (2017) presents a script, photographic documentation and props (such as a baby box, given to all new mothers in Scotland for their newborns) from a performance that the artist put together in Glasgow’s east end in 2017, at Market Gallery. Responding to the regeneration of Graham Square, previously the site of a meat market and labour exchange and now mainly populated with apartment buildings, Macnaughton’s script uses language commonly used to promote these developments, modified with personal references.

Performed when the artist was at the end of her pregnancy, Progressive is a response to the politics of change evident in such projects of regeneration, drawing comparisons between this urban change and the physical change inherent in pregnancy. As she has said: “I was nine months pregnant, there was no getting away from that fact. The performance had to incorporate this physical reality. As I looked at the language used in local regeneration schemes, their themes of new life at the expense of the old seemed to echo the progress of my body at the time. The baby box, another state-sanctioned scheme, held items which seemed like a basic list to keep this new life alive. It neatly doubled as a podium to (barely) keep my pregnant weight aloft, and allowed my self-turned political speech to be heard over the crowd.”

Inherently time-specific (the performance could be re-enacted only if the artist were pregnant again), Progressive is an entertaining and relevant reflection on time that, in the context of perhaps more cerebral installations, provides a welcome, down-to-earth and very relatable reflection on what time, even relatively short stretches, can do to transform our homes, cities, bodies and lives.

Raven, too, is interested in the intricacies of time in immediate life – here, she focuses on the influence of time in image-making. In her video work The Deccan Trap (2015), she creates an animated collage of photographic images showing the archaeology of visual art practice through its building and disintegration, and the overlapping of the two. In revealing the ambiguous, slightly chaotic ways in which time and materiality collide and inform one, she probes this grey area, complementing Almond’s work in particular, in which humans rebel against the seemingly immovable structures in our environments and lives.

Each collection of work shown here focuses on an aspect of human interaction with time, in our immediate lives and environment and on a more philosophical level. Together, they build a multilayered and fascinating vision of time. Exploring each room and each level, from Macnaughton’s baby box to Paterson’s vast Future Library to her spinning cascade of lights, viewers are given a personal and fascinating series of reflections on what it means to exist in the strange and abstract structures of time and space, and what it means to exist alongside one another. 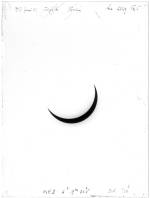