This fascinating exhibition brings together some of the artist’s vast archive of ephemera concerning mysticism, the paranormal and the pseudo-scientific with an immersive film featuring Tony Oursler’s family, Houdini and Arthur Conan Doyle, as viewers are forced to consider the authenticity of what they are seeing 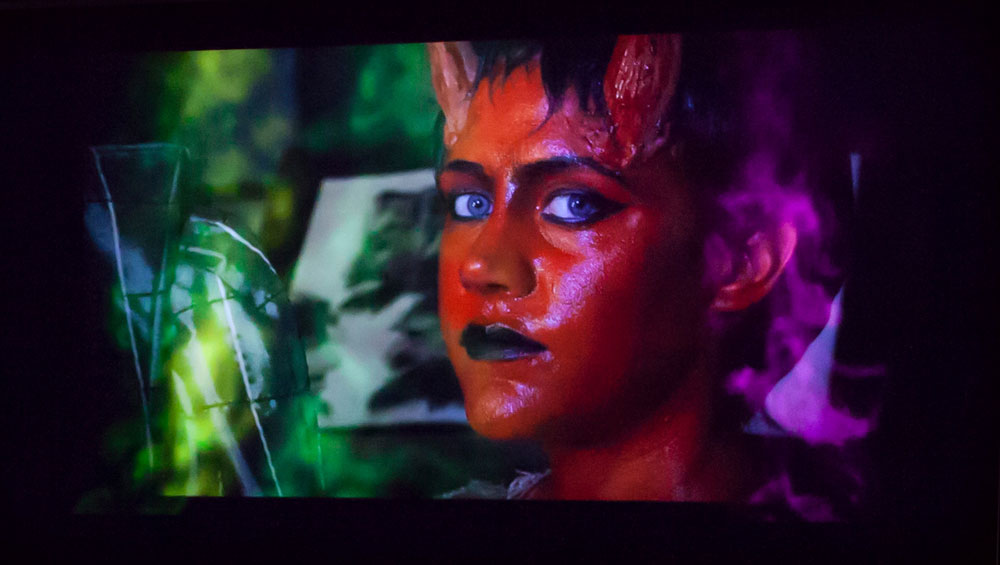 This fascinating exhibition combines Imponderable, an immersive feature-length film, in which spiritualist frauds and hoaxes from the past two centuries are re-enacted, with selections from Tony Oursler’s archive of ephemera relating to stage magic, spiritualist seances, pseudoscience and other manifestations of the paranormal. It is part of a larger project launched three years ago by the Luma Foundation to support the research and presentation of Oursler’s extensive archive on the subject of the imponderable.

The walls and cabinets of the large installation on the museum’s second floor feature a great variety of objects and documents. At first glance, the exhibits appear overwhelming in their number and heterogeneity. On closer examination, it is clear that they consist of ephemera from the last two centuries relating to performances by magicians, mediums conducting spiritualist seances, as well as publications by scientists, such as Man, Minerals and Masters, a 1937 book by Charles Littlefield MD. Pages from the book, featuring photographs of crystallised mineral salts in blood cells, demonstrate the author’s conviction that mineral salts in the body could respond to thoughts. There are also posters, newspaper clippings, journal articles, letters, photographs, performance objects (such as handcuffs), and spiritualists’ paraphernalia (such as ectoplasm – thin gauze permeated with chemicals that made it glow in the dark); small stones ostensibly left by spirits after seances and other supposedly paranormal, but seemingly ordinary-looking objects. Neatly divided into thematic groups, these once uncanny and frightening things are made safe, adequately illuminated and separated from us by the glass of the display cases.

In its common definition, the word “imponderable” indicates a certain condition, state or thing that is impossible to grasp, measure or evaluate with precision. In the 19th century, it referred to physical phenomena, such as electricity, which soon entered the annals of technological advancements. In the artist’s use, it also points to the spiritualist movement of the early 1900s, which believed in the possibility of communication with the other world. For Oursler, this theme is personal: his grandfather, Fulton Oursler (1893-1952), an American writer of popular fiction and a one-time magician, was a major figure among those – often stage performers and magicians – who took on the supporters of spiritualism and debunked their theories as untenable and their spiritualist seances as staged performances.

The documents in the display cases introduce us to such major themes and characters as stage magic and cinema; the aforementioned Fulton Oursler; Grace Perkins (1900-55), Fulton’s second wife and the artist’s grandmother, a writer of fiction and screenplays; Harry Houdini (1874-1926), the famous magician, performer and escape artist; Mina (“Margery”) Crandon (1888-1941), an American medium who claimed to communicate with her dead brother during seances; and Sir Arthur Conan Doyle (1859-1930), who as well as being the creator of Sherlock Holmes was a believer in spiritualism.

Some of the items are personal – such as a theatre curtain from the stage at Sandalwood, the Ourslers’ house outside Falmouth, Massachusetts. The curtain has guests’ signatures embroidered on it by Grace Perkins. There is also a bust of Edgar Allen Poe, Crandon’s oriental robe and her colonial chair, in which she performed the seances. Most items are written, printed or photographic, ranging from personal correspondence between Houdini and Crandon, to the aforementioned book by Littlefield. As we view the installation, passing from case to case and deciphering the histories of various participants in the rivalry between spiritualists – Crandon and Conan Doyle – and their debunkers – Fulton and Houdini – we understand that the exhibition ties family history with cultural lore, resulting in an ambitious cultural narrative not only of the artist’s, but of Americans’ fascination with phantasmagoria – the belief in the reality of images of fantastic entities existing alongside us, ordinary humans.

In his insightful text about Tony Oursler’s fascination with phantasmagorias, published by the curators of Luma Foundation in a voluminous catalogue of this archive, Noam Elcott linked phantasmagorias to a special condition of spectatorship – the cinematic one, characterised by the illusion of proximity effected by distance, and spectatorship of “room-spaces”, which he describes as spatial environments created to contemplate private dreams.1 Phantasmagoria is a product of the human mind that exists between the cinematic and “room-spaces”. Elcott reminds us that phantasmagoria was invented at the end of the 18th century with the purpose of “assembling ghosts”, who appeared to inhabit the same space as people. For people, it seemed that the ordinary everyday space became strange, unfamiliar, and spooky through an operation of magic. From the psychoanalytical perspective, this phenomenon was contemplated by Sigmund Freud, who has famously categorised it as the “Uncanny”, a belief in an alternate reality existing in an imaginary, reflective environment constructed by our minds.2 Freud designated this realm to that of the aesthetics, when it is understood as “not merely the theory of beauty, but the theory of the qualities of feeling”.

Anyone familiar with Oursler’s extensive body of work knows his projections of striking or distorted images of human faces on ordinary objects, which mix the strange and the familiar. Exhibited in a gallery or a museum, they look harmless, because they inhabit spaces that are created not so much for inducing dream-like states, but rather for a careful exploration of objects and their meanings. For his Imponderable project, Oursler expanded these projections into an entire feature-length film, which is shown at MoMA in a room adjacent to the exhibition of his archive.

In the film, we see all the major protagonists of the story of Fulton Oursler’s alliance with Houdini to debunk the claims of Crandon, Conan Doyle and their ilk to have communicated with comers from the other world and expose the material evidence that they presented, much of it photographic, as fake. Composed of multiple scenes of encounters between the protagonists – Fulton and Houdini, Fulton and Conan Doyle, Fulton and Grace Perkins, Houdini and Crandon – and filmed with the full range of 5D effects of superimposition, blending and the physical sensations of noise, light and motion in a pitch-dark viewing space, the film resembles a collage of devices put together to reveal, rather than conceal, the means of their production.

Although beautifully filmed and ostensibly modelled on Pepper’s Ghost, a 19th-century illusionist technique of stage production that creates the sensation of total immersion in the optical illusion of the stage, the film reveals its parodic intention in the deadpan, stiff delivery of the actors and in the exaggerated artificiality of filmic effects. The fact that Oursler himself plays the parts of the major debunkers – Howard Thurston, a magician performing in The Demons Club of Baltimore, and Father de Heredia, also known as Carlos María de Heredia (1872-1951), a Jesuit priest and a magician who spent his life discrediting the claims of spiritualists – attests to Oursler’s intent to bare the device of phantasmagoric production as, what Elcott called, “an operation of the assembly of humans and ghosts, bodies and media” in one shared space. Imponderable is an impressive undertaking that uncovers the infinite potential of collaboration of art and technology and the dependence of the products of this collaboration on a particular historical context both in terms of the histories of the media production and the histories of their reception.

References
1. Noam Elcott, Tony Oursler’s Phantasmagorias. In: Imponderable: The Archives of Tony Oursler, edited by Anne Wehr, published by the Luma Foundation, 2015, pages 435-47.
2. Sigmund Freud, The “Uncanny” (1919). The Standard Edition of the Complete Psychological Works of Sigmund Freud, Volume XVII (1917-1919): An Infantile Neurosis and Other Works, Hogarth Press and the Institute of Psychoanalysis, London, 1955, pages 217-256. 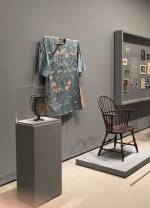 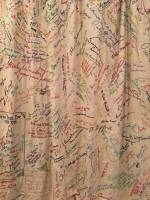