From Star Wars’ R2-D2 to a machine that produces compassionate messages for the dying, this is a celebration of robots that also asks timely questions about how we interact with machines, and how we should design our shared future 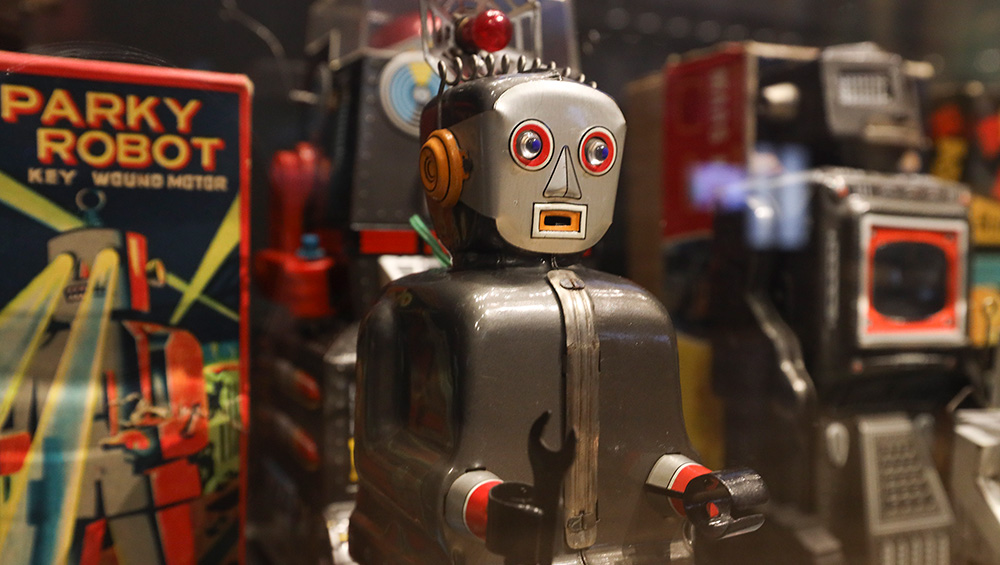 Drawing from both science fiction and fact, the V&A’s latest show invites an exploration of what we think we know about robots and where we could be headed. From fashion to architecture to social care, this multifaceted exhibition shows the complex issues at stake as designers develop machines to interact with humans and, at times, to take their place. 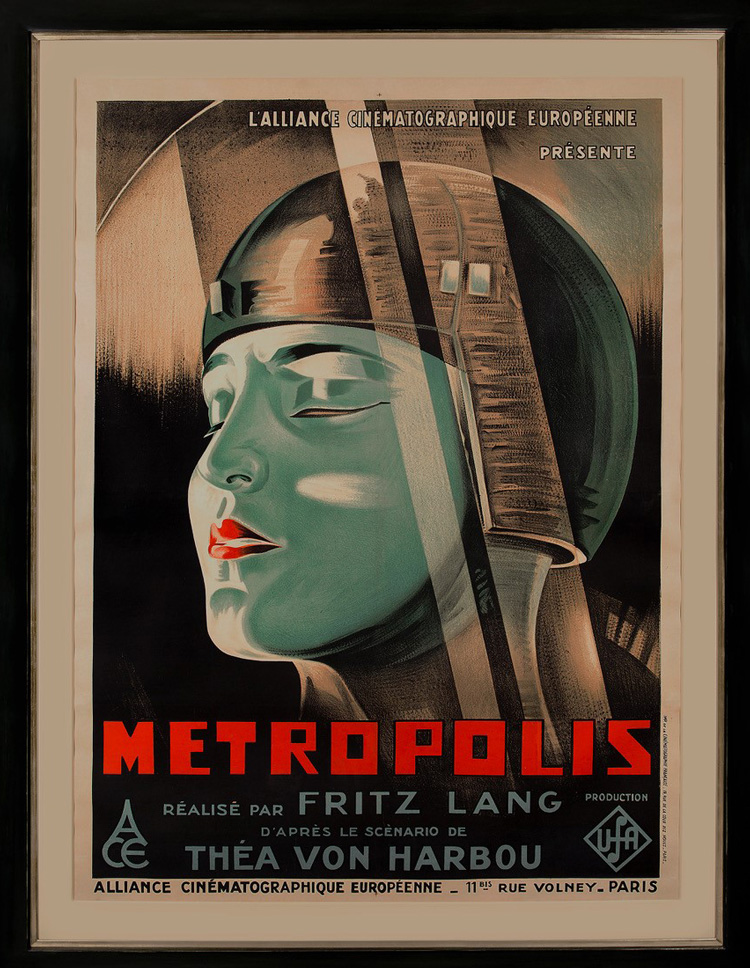 Organised into four main sections, Hello, Robot begins with a survey of the cultural history of robots, exploring how pop culture has shaped our understanding of them and the apparent blurring of boundaries between human and machine. Including the original poster for Fritz Lang’s classic film Metropolis (1927) and Star Wars’ R2-D2, we are given a context with which to understand more recent representations of robots – from a music video created for Bjork in which robots kiss and embrace to a “spider dress”, from the Dutch designer and engineer Anouk Wipprecht, that can move, breathe and react to its environment. There are also 3D-printed platform shoes (not robotic as such, but perhaps a good accessory to the dress), and a desktop robot that senses stress levels and can pat its owner’s hand with its own moving arm. 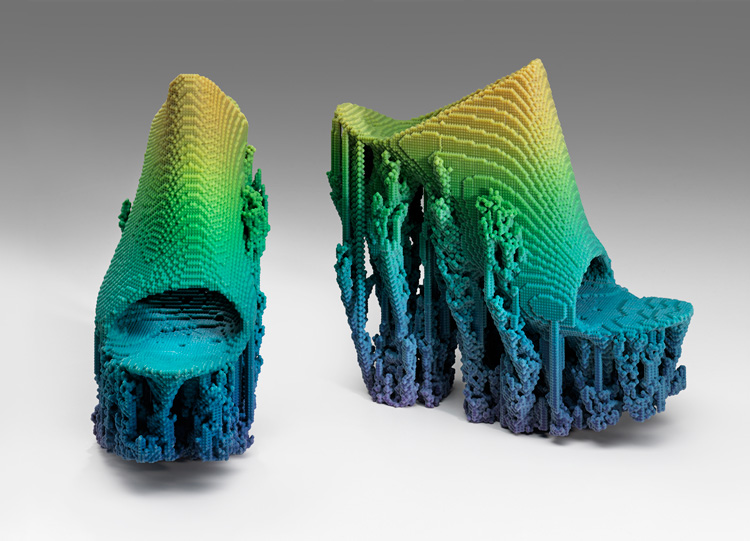 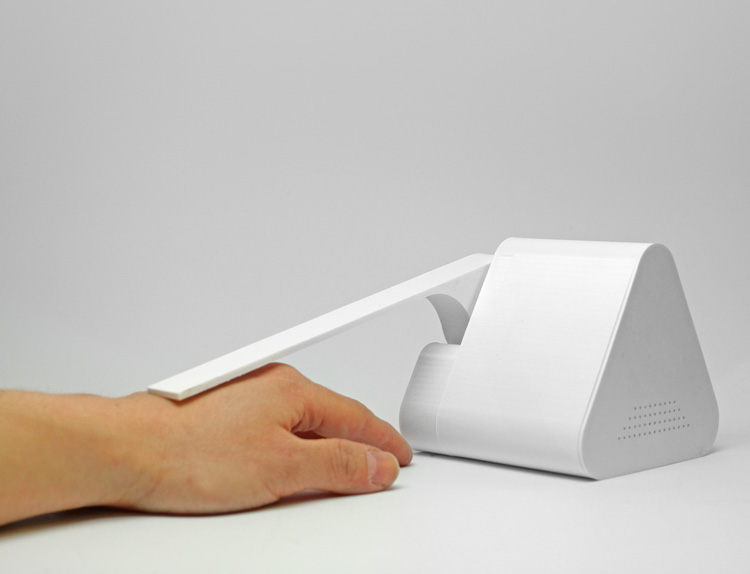 The boundary between self-care and work is an interesting one, and in the next sections we see the temptations of automation in the workplace as well as in a domestic environment. The exhibition takes a fresh and optimistic view of the idea, envisioning collaborations between robots and humans. In a vast wooden structure, Up Sticks, commissioned from Gramazio Kohler of ETH Zürich for the exhibition, we see a manifestation of this idea. As a “robotic architectural practice” inspired by Scottish vernacular architecture and made out of wooden beams, it is fabricated by robots. 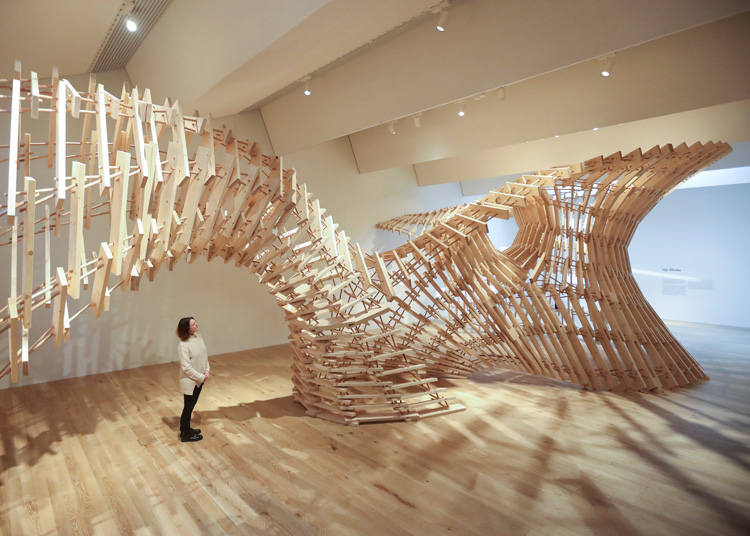 Up-Sticks, a robotic architecture commission by Gramazio Kohler Research and students of the MAS Architecture and Digital Fabrication at ETH Zurich.

The work shows what can happen when humans and robots work together, under the watchful eye of the designer. The elevation here of the designer to the role of “mediator” is an interesting one: partly because the designers are allocating themselves this role, and taking on responsibility for the ethical dilemmas and opportunities that technological innovation implies. 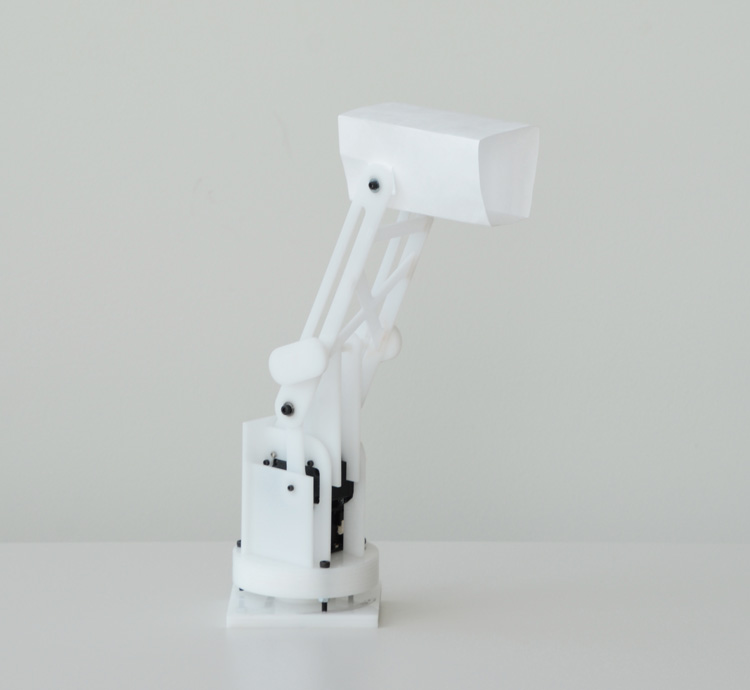 Taking the lead in that sense, the various designers featured in Hello, Robot provide a vision of fascinating possibilities. They see robots enabling people to have (and enjoy) more leisure time, rather than working as if they are only machines – a concept very much in line with current political ideas such as a shorter working week and remote and flexible working. Perhaps in the future, too, it will not be necessary to go to an exhibition such as this; it will be possible to see it via a helpful robot of some kind. Guy Debord’s The Society of the Spectacle will be even more of a reality than it is already.

Of course, so much of this technology exists; the innovation now often comes from how designers use and interpret it. Drones exist, but there are so many more possible uses for them. Robots of various kinds have the potential to transform aspects of education, social care, food production and transport, to list just a few areas. Towards the end of the exhibition, we see experimental and speculative examples of robotic applications in healthcare. These include design project Raising Robotic Natives, featuring an industrial robot that has been adapted to feed babies and a therapeutic robot modelled on a baby seal to comfort people with dementia – both of which question the extent to which we should allow robotic simulation of human interaction. 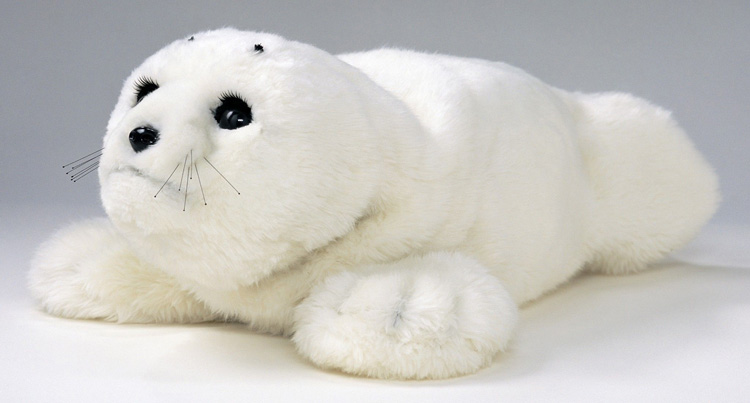 There is also, either movingly or disturbingly, a piece called End of Life Care Machine, designed by Dan Chen, which has been programmed to tap a dying person on the hand and play them a video with a reassuring message. This idea emerged from a research project that asked whether we would want such a thing to exist, and the moral and ethical reasons behind those opinions – to provoke discussion about the potential problems with overdependence on robots.

Here, and throughout the exhibition, then, we are being asked questions, literally (there are printed and lit-up questions, such as “Have you ever met a robot?” and “How do you feel about robots taking jobs?”) and implicitly (Can robots effectively replicate human emotions? Is this replication enough for the end of another human’s life? Is simulation as valuable as the real thing? If not, why not?).

Thought-provoking in a literal way, there is nevertheless a need for some structure to this thinking – next steps as we navigate a world increasingly mediated and structured through machines, whether robots or other technologies. This show begins a conversation and it does so in an optimistic way. There is room, though, for more probing discussion, encouraged by the museum itself, the ideal space for such debates. There is, furthermore, a need to account for the more negative possibilities of technological advances, and how they may be managed. In particular, it would be interesting to look into the ways in which new technologies can be used by political actors or corporations in underhand ways – for surveillance and other forms of manipulation and control. These are all timely and necessary topics, with vast political consequences. Hello, Robot celebrates new technology brilliantly (and entertainingly), but it is also a great chance to engage in more subversive and cutting-edge debate. 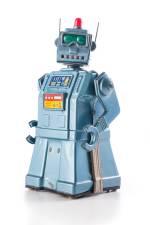 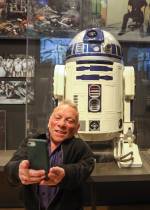 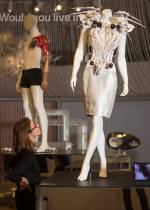 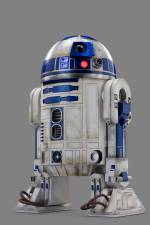 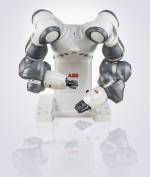