A striking study of the process of ageing and mortality, the central room of this three-gallery exhibition offers a stand-alone journey through this Finnish artist’s life and concerns 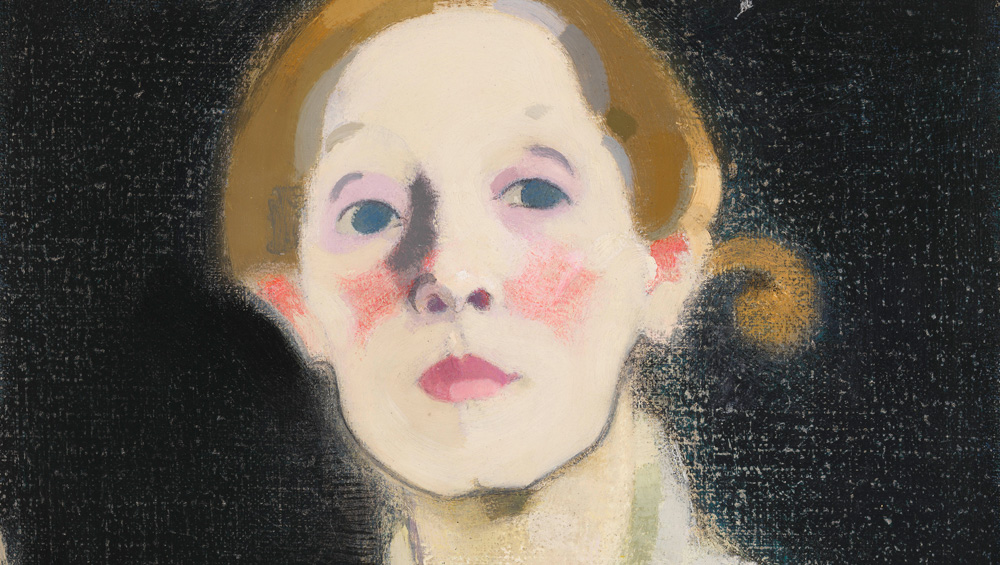 It is the same old story over again: a female artist, with a vast number of works to her name, successful during her lifetime, but since largely forgotten to the world at large (albeit still a known name in her native Finland). Her male contemporaries, whose influence is visible in her work (but would this have been a reciprocal relationship?), remain, of course, well known even outside the core of the art world. As deserving as the many other “rediscovered” women being brought out of the closet and put back into the spotlight, Helene Schjerfbeck (1862-1946) is currently having her turn with her first UK solo exhibition at the Royal Academy of Arts, London (organised together with the Ateneum Art Gallery/Finnish National Gallery). 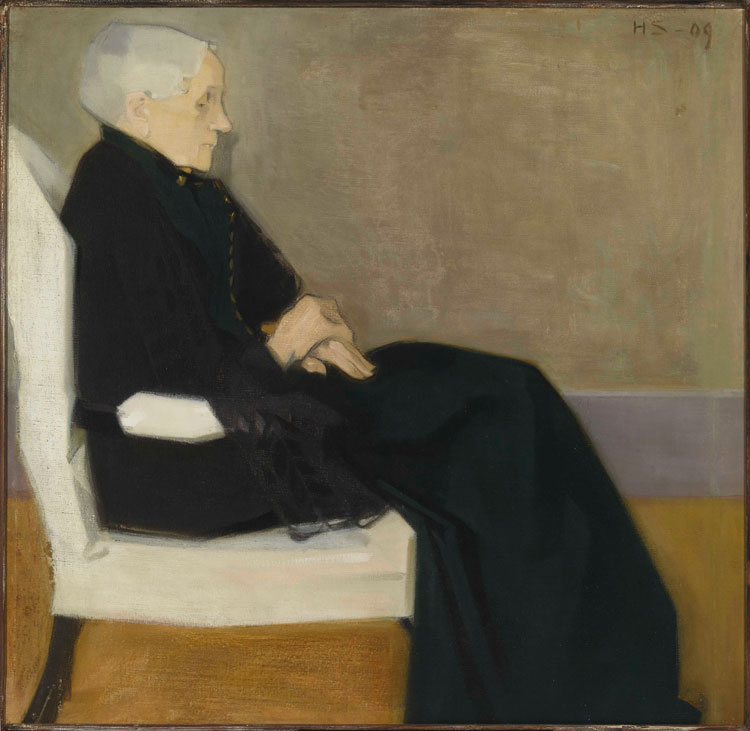 Born in Helsinki, Schjerfbeck was discovered young by the Finnish painter Adolf von Becker, who secured her a place at the Finnish Drawing School when she was just 11 years old. Five years later, she moved to Becker’s private academy, from where she travelled to Paris to study at the Académies Trélat and Colarossi. Living the life of an educated artist, she flitted between Paris, Pont-Aven, St Petersburg, Vienna, Florence and even St Ives, Cornwall, exhibiting successfully across Europe, particularly in the Nordic countries, but never especially so in the UK. A major exhibition planned for the United States in 1939 was cancelled due to the outbreak of the second world war. Schjerfbeck, who died when she was 83, represented Finland posthumously at the Venice Biennale a decade later, in 1956.

Her palette is immediately recognisable as Nordic, with elements of Vilhelm Hammershøi and Edvard Munch – dark, gloomy blacks, browns and blues. The themes of solitariness, melancholy and depression also pervade. Most of her women are dressed in black and shown in profile or from behind. Exceptions include the serene Silence (1907) and Maria (1909), the figures in both of which are dressed in white – the latter’s name, of course, inescapably tying her to the innocence of the Holy Virgin – and two similarly religious works after El Greco (including the simple and beautiful Madonna de la Charité, after El Greco, 1941). 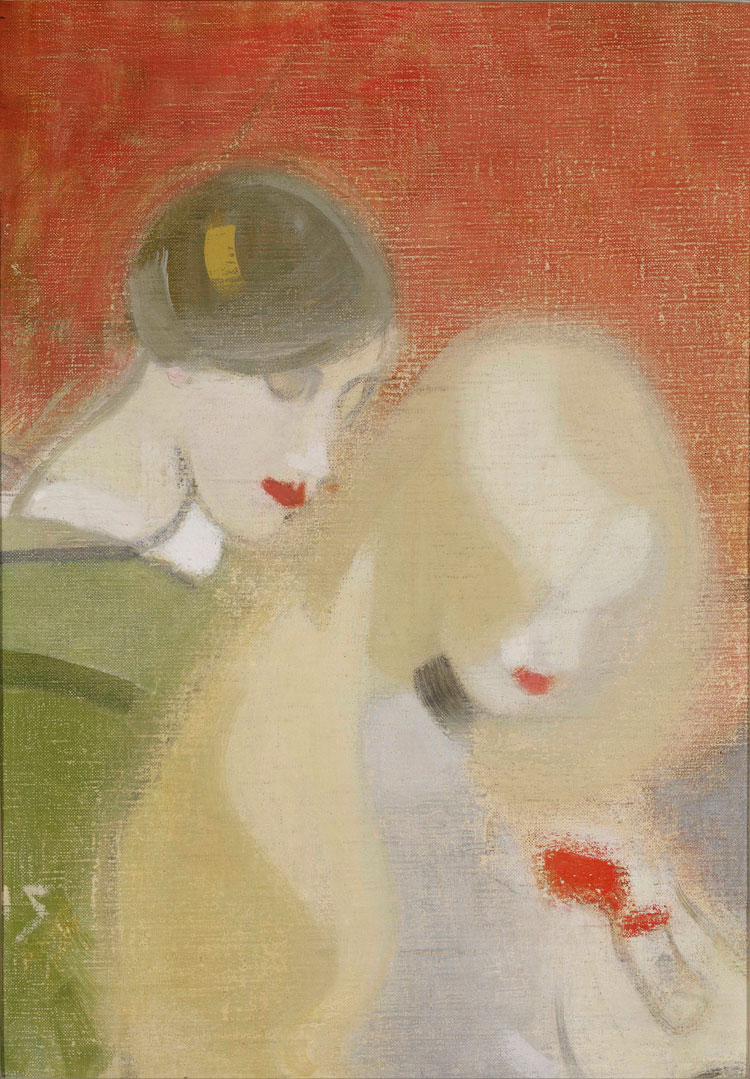 This is a three-room exhibition, comprising 65 works – landscapes, portraits and still lifes – all of which show talent and are a pleasure to behold – even if, at times, a slightly morbid one! Take, for example, The Convalescent (1888), depicting a ruddy, scruffy, clearly quite unwell and feverish child, swaddled in a blanket. The single twig in a vase – which could have been a symbol of recuperation and regeneration – acts as the opposite, with its green leaves falling and/or being plucked off by the child. It was shown in the Paris Salon that year to great success, and is reminiscent of the deathbed paintings and prints by Munch of his beloved sister Johanne Sophie, which were, in fact, painted some time later. Other works from the same period similarly boast rouged cheeks – sometimes, it would seem, a sign of glowing vitality; other times, as with The Convalescent, quite the opposite.

Another key early work is The Tapestry (1914-17), somewhat art nouveau in its style, depicting a couple standing before a landscape which, when one looks closely, reveals itself to be a tapestry (since there is furniture in the mid-ground). The earliest work on display is a tender portrait of Schjerfbeck and her lifelong friend and fellow painter Marianne Preindelsberger (Two Profiles, 1881). Then there is the series of paintings of her mother, made after moving with her to the rural Finnish town of Hyvinkää, 30 miles north of Helsinki, in 1902, after turning her back on the international art world and leaving her teaching role at the Finnish Art Society’s drawing school. Her contact with this world was maintained through correspondence, but she no longer submitted to the Paris Salon or attempted to cater for consumer tastes. In these portraits, the elder woman is portrayed always in black, her eyes averted, absorbed in some task – be it reading, sewing, or some other domestic activity. Here, Schjerfbeck’s changing style is dramatically apparent, with a flattening of space and simplifying of form, bearing traces of the influence of James Abbott McNeill Whistler. Later works also show her interest in 18th-century and rococo painting, with elements of masquerade, the circus and even the “modern woman”, as in Girl from the Islands (1929), with her cloche hat and androgynous look. 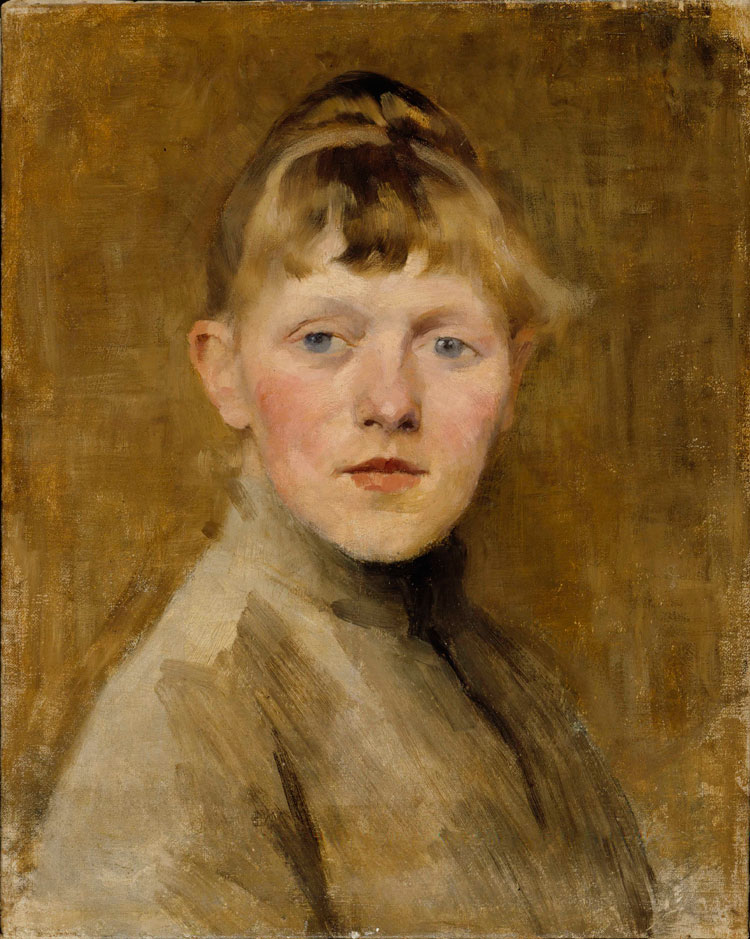 It is, however, the central room, comprising self-portraits from the age of 22 to 83 (the age at which she died), that really makes this show what it is, and which, frankly, even by itself, would constitute a worthy retrospective (perhaps, one might argue, all the worthier, for its thematic concision and tighter focus). Not that these self-portraits are all of one ilk. No, they change from period to period, as Schjerfbeck develops in maturity: artistic, of age, and of wisdom. What is on display here is a woman really grappling with what it means to become older (the exhibition shop has gone so far as to stock Ageing: A Very Short Introduction) – and, with that, less robust, more vulnerable, perhaps ill of health – echoing, to some extent, the images of her mother.

Starting with a pencil sketch (Self-Portrait, 1880-84), Schjerfbeck’s style develops through the pale palette of impressionism, the academic approach, and on through more monochrome pieces showing the influence of cubism, with sharper edges and a more graphic feel. We see her process of scraping back layers of paint and reapplying, like a Renaissance fresco, creating a weatherworn look, mirroring the ageing process and effects of time in her own technique (although this method is apparent from as early as 1904-05, even in portraits of young children, such as the angelic Head of a Girl Crocheting). Ultimately, we see her reduce her palette and mark-making to a simple interaction between darkness and light. 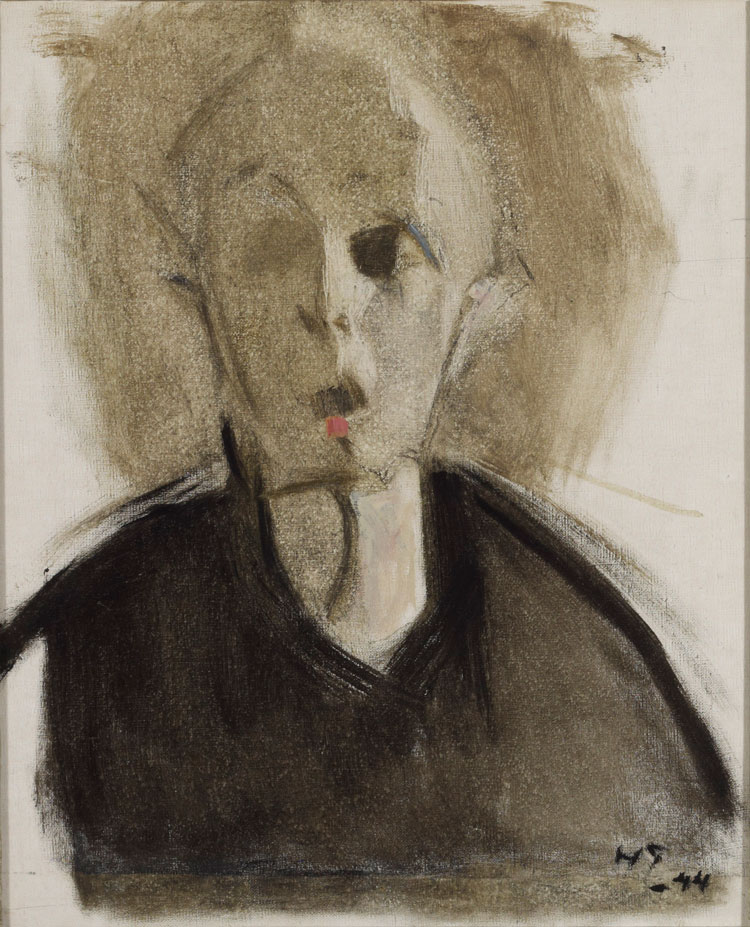 As the images become more abstract, we start to see – and feel – this darkness creeping in. In her final years, which coincided with the second world war, Schjerfbeck produced about 20 abstracted portraits – the eyes ever-increasing in size and dominance. As my own eyes moved around the gallery walls and landed on such haunting images as Self-Portrait with Red Spot (1944) and Self-Portrait, Light and Shadow (1945), my body convulsed in an involuntary shudder. Unlike her portraits of others, the gaze in her self-portraits is nearly always direct. Even as the other facial aspects become more ghostly and spectral, seemingly melting away, the piercing eyes remain, dark and deathly.

Self-Portrait in Black and Pink (1945) is indeed like gazing on the lifeless flesh of a dead person’s face – all vitality drained from its features, mouth agape, nostrils slightly flared. The final image, Last Self-Portrait (c1945), this time made in charcoal, seems almost completely melted, as if, sensing her encroaching death, Schjerfbeck has let go and become one with everything around her, erasing those earlier strong and graphic lines delineating flesh and air. 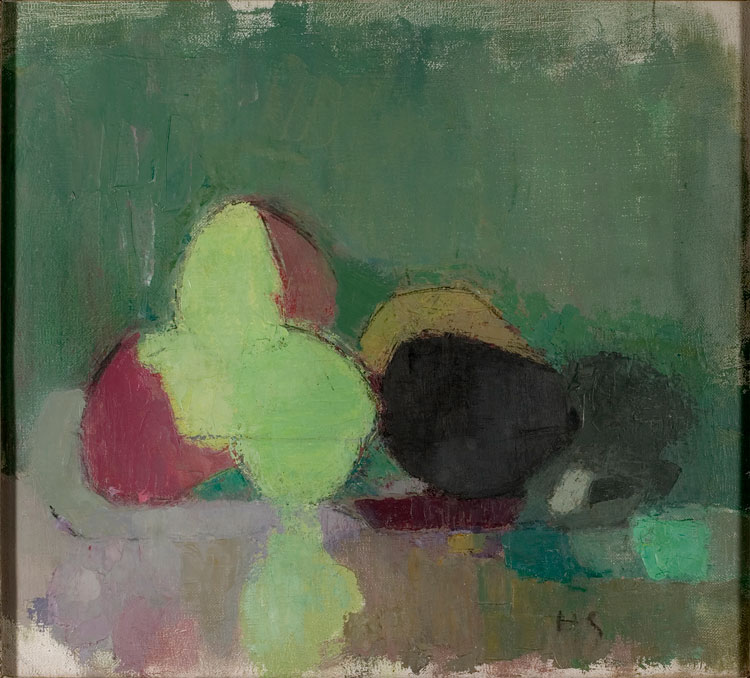 This self-portrait was not quite the final work Schjerfbeck made – that being Three Pears on a Plate (1945), shown in the third room, but this, along with one depicting a platter of blackened apples, equally reflects the withering process, presenting mortality, decay and memento mori. While still impactful, for me, these other works are still not a patch on the self-portraits, which, as a series, really say it all. 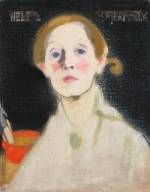 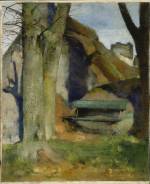 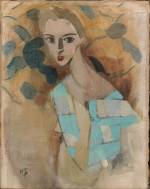