The Cuban artist discusses his return to production, a fascination with the systems of arcane sciences and why teaching and practice are born of the same spirit of enquiry 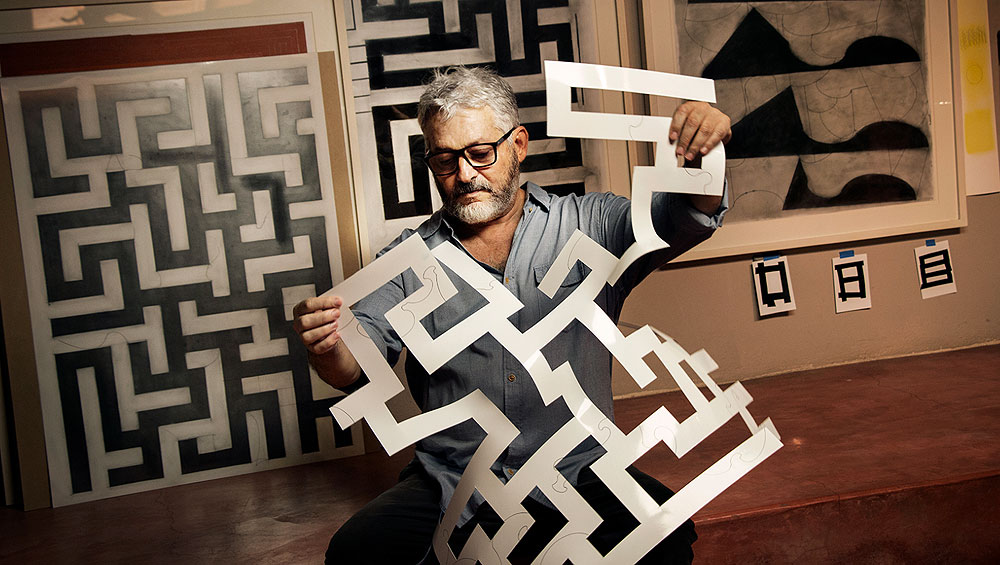 The recent exhibitions of Gustavo Pérez Monzón (b1956, Cuba), following decades of absence from the art scene, have been infused with an air of mythology, at least according to orthodox models of what an artist’s career should look like. In keeping with the myth of rediscovery, a few years ago the prominent collector Ella Fontanals-Cisneros came across the artist’s work, acquired and exhibited it at the Cisneros Fontanals Art Foundation.

The current exhibition, Rosa de Cancio, marks Pérez Monzón’s first London showing, mounted at Richard Saltoun, a gallery intent on presenting the work of historically important, if somewhat overlooked, artists. The centrepiece is an ethereal installation of crisscrossing thread connecting the gallery walls in an immersive, labyrinthine web, the work being one in the tradition of the artist’s three-dimensional Tramas, Hilos and Vilos series.

Also on display are a series of austerely elegant works in mixed media on board, again revealing a fascination with lines and grids, their often-metallic surfaces ranging from a muted lustre to a forthrightly mirrored finish. Some are punctuated by metallic bas-reliefs, suggestive of braille, an apt choice given Peréz Monzón’s interest in coded systems such as numerology.

Angeria Rigamonti di Cutò: You were part of a first generation of artists to be shaped by the 1959 revolution, a group loosely represented by the seminal exhibition Volumen I (Volume I) in Havana in 1981. Group shows or labels often contrive to impose some kind of unity or shared purpose on disparate artists: do you think that there was some common drive within this group, perhaps in its response to earlier Cuban art?

Gustavo Pérez Monzón: The exhibition you are referring to, Volumen I, was the artistic intent of a group of young people at the start of their careers who didn’t want to repeat what they had seen in their predecessors. It wasn’t conceived with a group spirit or a unified plan of action. More than anything, the group shared an openness towards new ways of making art in tune with the times. Above all, it highlighted individual positions in a totalitarian world that expected to regulate the personal in the name of a collective good. It was fortunate that this exhibition brought together talented people and resonated with audiences who gave it a warm reception. 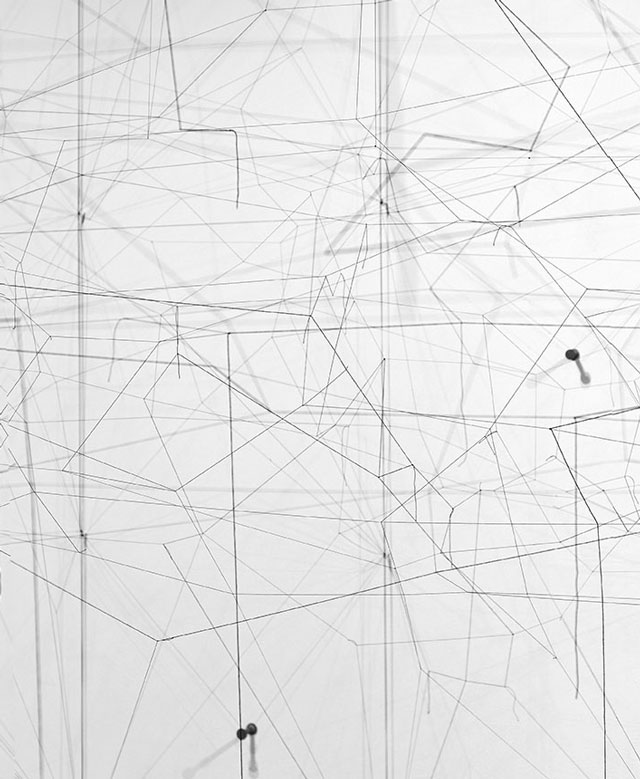 ARC: What exposure did you have growing up in Cuba to European and US art movements of the 1950s and 60s: how specifically aware were you of abstract expressionism, arte povera, spatialism, minimalism, all of which seem related to your work to some degree? And what was access to foreign culture like in more general terms?

GPM: Although in Cuba the developments of contemporary art were very distant, the positions of arte povera, minimalism and certain abstract expressionist artists strongly resonated with me and were the bedrock of my formation.

ARC: Could you describe the circumstances that prompted your exodus from Cuba?

GPM: I travelled to Mexico for love, thinking that perhaps I could return in a few days. I didn’t really think I would live outside Cuba for long, but that wasn’t the case; I ended up becoming involved with this country. After 28 years in Mexico, I feel I have lived many interesting lives and that this is my place: Mexico has become my home. 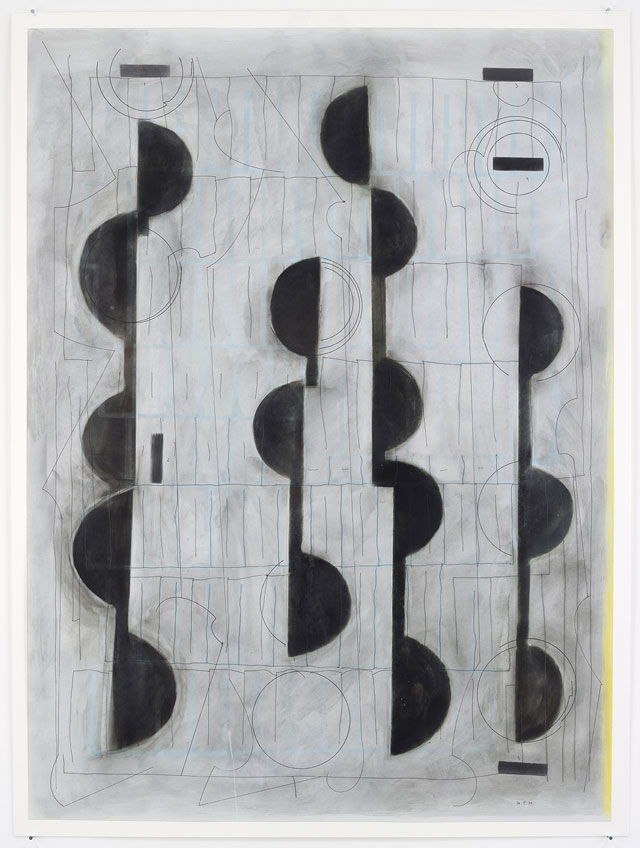 ARC: How did that new context, combining the condition of exile and exposure to a new situation, affect you?

GPM: I’ve always liked variety, moving from one thing to the next, testing myself, experimenting. Living in Mexico exceeded my expectations in the face of diversity. When I arrived, I lived in the centre of Mexico City where many worlds converged. There were people from all over the republic, people of different ethnicities, rites, clothes, street sellers and so forth. There was everything. It was exciting to live with so much diversity in a single space, and it has been like that ever since. Here, I have no reason to feel like a stranger. Quite the contrary, I feel grateful to be in a world of options.

ARC: You worked in arts education even before emigrating, early on using interactive didactic methods in which children use objects of the natural world as materials to create, and you are still engaged in teaching. Did you have a specific vision for your pedagogical approach?

GPM: I think it’s important that artistic education considers a look at the immediate, through practices that allow the student to focus on their environment, including the appropriation of common spaces and materials. I believe in experimenting, improvising from a place where words, techniques or conceptualisations aren’t necessary, where one can investigate and understand sensorially, as advocated in the introductory courses of the Bauhaus, a place for the student to find out a little more about what they like doing, improvising and getting excited before having to think about artistic strategies. I see many students frustrated when exposed to premature conceptualisations. I think art has become very rigid, and artistic education on the one hand continues to stress the teaching of techniques and procedures and, on the other, insists on too much verbiage derived from conceptualism. 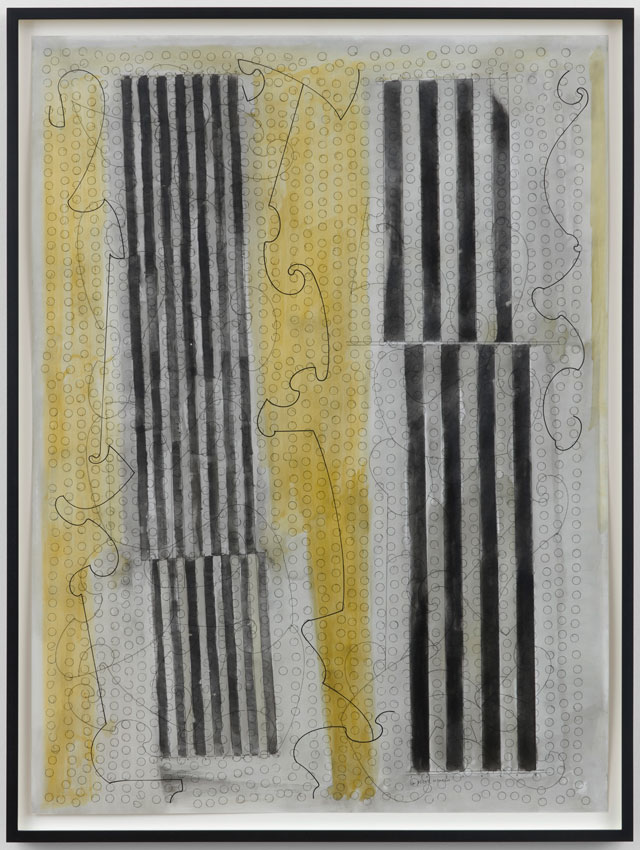 ARC: It is unusual for an artist to abandon practice for so long. Should your shift to arts education simply be viewed as another stage in your artistic evolution rather than a rupture with your “productive” earlier phase?

GPM: I have alternated personal artistic practice with work integrated within educational projects. At times for longer periods than others, as has been the case in recent years when I have devoted myself entirely to teaching. I suppose teaching and producing are manifestations of the same need. I teach what I learn and trying to teach forces me to understand, investigate and move. Being involved with others in teaching expands my artistic perspective, more than working alone does.

In recent academic projects, I was interested in including in the curriculum the look of traditional arts since contemporary art. I wanted to interest students in the textile tradition that is significant in Mexico, among other things. I ended up making textile works. First, I worked with foot looms in Oaxaca and I am currently developing a project with embroiderers from Tenango de Doria, in the Sierra de Hidalgo, Mexico. 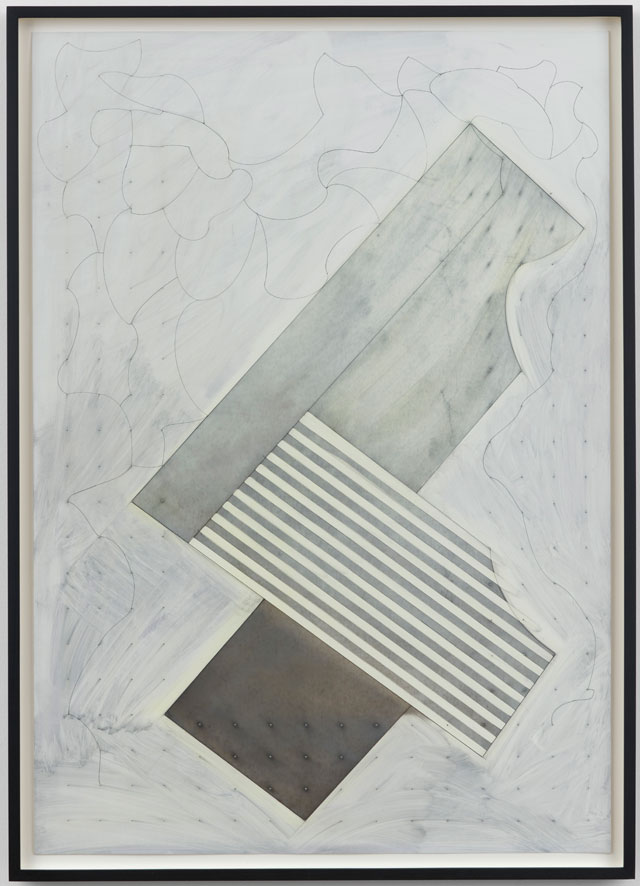 ARC: In your work you have referred to systems such as numerology and mathematics. This interest in esoteric principles emerged most directly in your series of tarot cards using geometric abstraction to represent the figures. Is your interest in these spheres driven by a need to integrate meanings beyond the purely aesthetic into your art, though presumably formal harmony and elegance are important considerations?

GPM: In the 80s, I was interested in the idea of a world of invisible connections and meanings, as expressed in ancient sciences such as numerology, the Kabbalah and certain esoteric schools. I was very interested in the way in which geometric forms express abstract, philosophical, and even emotional, concepts, an idea that was behind European pictorial representation probably until the 18th century.

Since I became involved in contemporary abstract art, this ancient school of thought seemed like a key replete with meanings and a highly attractive lexicon. The tarot cards were a summary of all this. It was fascinating to produce different versions of the Major Arcana and out of this spirit of self-development and spiritual research came all the work I did in the 80s, now in the Ella Fontanals-Cisneros collection, first shown in Havana (TRAMAS, Selected works from the Ella Fontanals-Cisneros Collection). 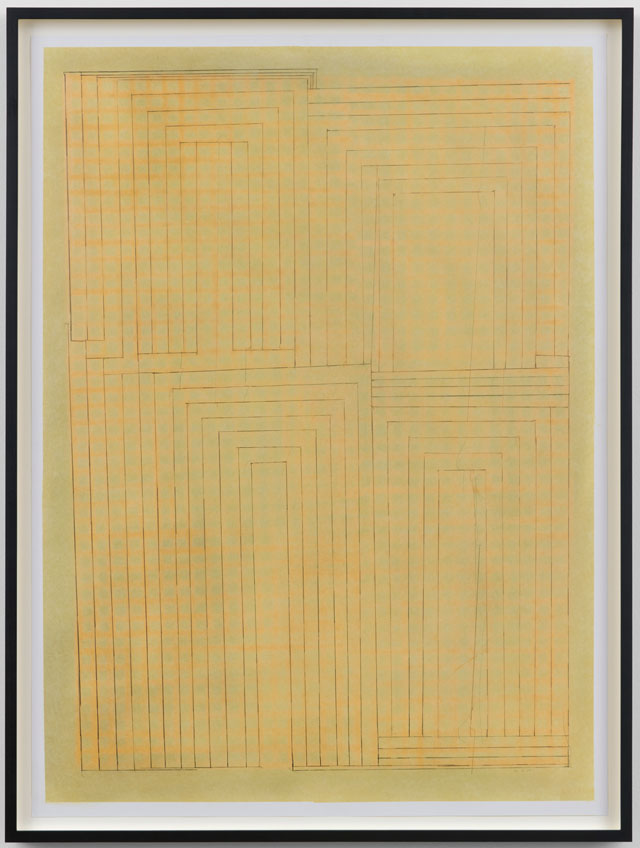 In the same way, my work is nourished by contemporary models such as systems, chaos and combinatorial theories that express similar ideas with a contemporary vision.

ARC: Recently, you had a major retrospective at the National Museum in Havana and your work was “discovered” and acquired by an important collector. How did you experience this reconnection with an earlier period of your life and work? And what is your relationship with Cuba like now?

GPM: It was surprising to see how many people showed interest in my work in Havana, considering that after 30 years of living in Mexico I felt like a forgotten artist. Nonetheless, the opportunity to involve myself with my earlier work while preparing this exhibition, and remaking the installations, in some way allowed me to reconnect and continue producing today.

In a sense I don’t feel I live in a linear way. I see that interests, obsessions and people keep appearing in my life, generally to give continuity. So I hope that this new opportunity in the art world proves to be interesting. 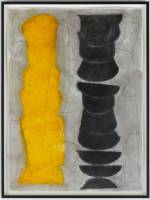