Gormley's Plinth: One and Other

Once up there, she seems to be unable to think of anything to do … 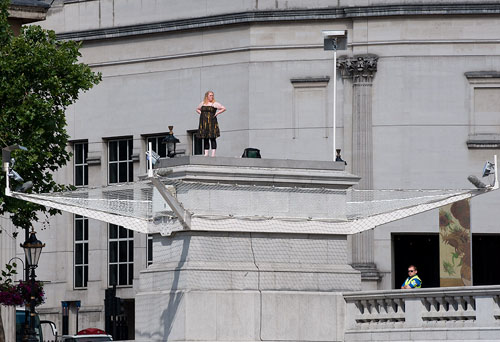 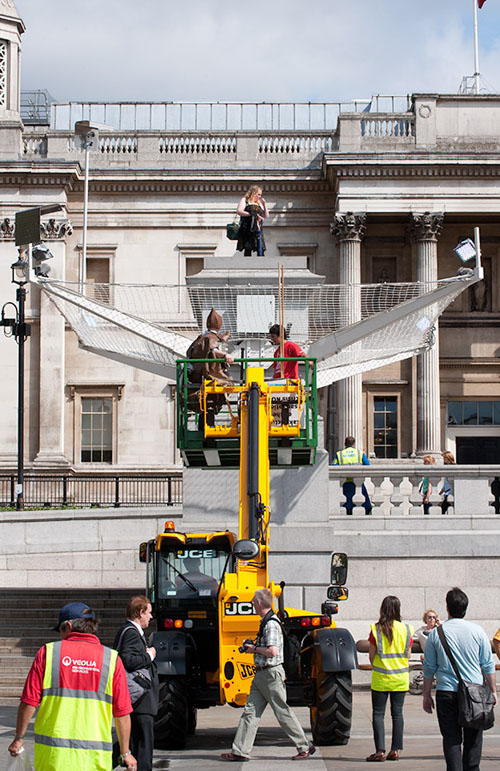 Changeover: She is replaced by a man dressed as a turd with a fly on it … 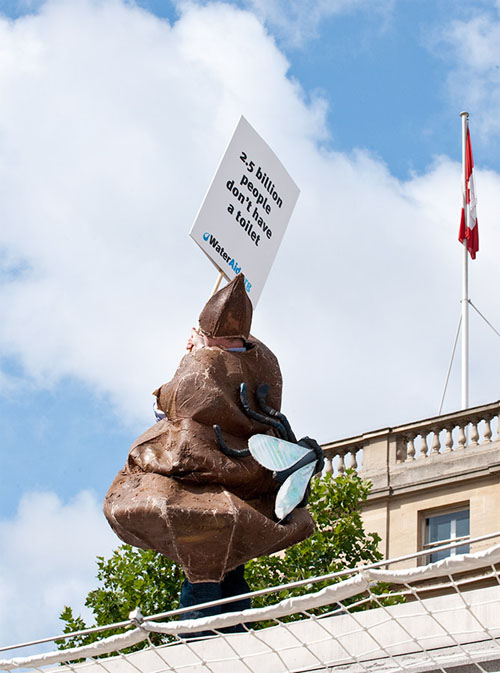 who, halfway through his plinthtime, changes into a fish. Is this the fish that needs the bicycle?

No, really, it was in a good cause - bluefin tuna. Sponsored by …
Waitrose.

It seems ridiculous, but when you're there, it has that good feeling that Trafalgar Square somehow seems to engender. There's an ease with which people engage with the plinthers. I sang the whole of "I know an old lady who swallowed a fly" to the turd with the fly on it, and got an enthusiastic round of applause. It's really just old-fashioned performance art, but properly done, not amateur like a student rag-week stunt, as that stuff so often used to be. Sanitised, some might call it. But you only have to compare it to that idiot magician who hung himself up in a glass box at Tower Bridge to realise that this is real. Thinking about it, the woman who clearly couldn't think of anything to do was doing a good job of silencing the "I-could-do-that" tendency. And the involvement of sponsoring charities gives each occupant who is sponsored that much more definition – so contrasts start to appear and with that, I suppose, some kind of rambling narrative.

I think he's pulled it off again. Clever bloke, that Gormley. 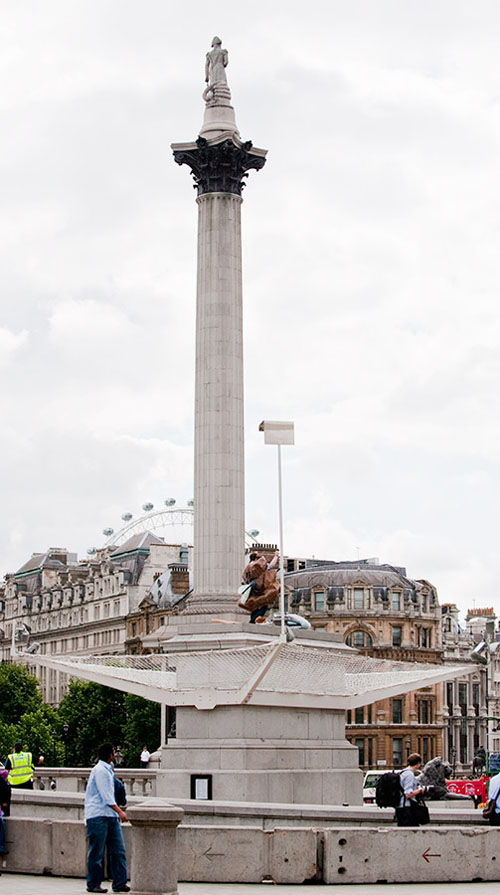 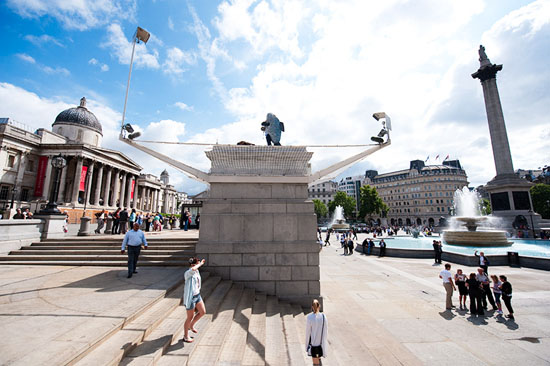