She was an abstract painter out of time, a visionary and a maverick, but Georgiana Houghton was also a medium, whose inspiration came from an unexpected source. 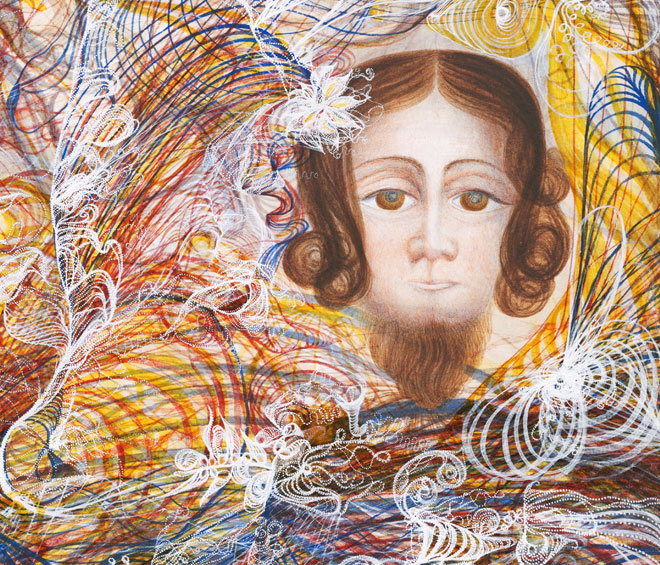 Emily Spicer spoke to Ernst Vegelin van Claerbergen, head of the Courtauld Gallery, and Barnaby Wright, Daniel Katz Curator of Twentieth Century Art at the Courtauld, about this forgotten trailblazer, channelling the spirit of St Luke, and the reactions of Houghton’s contemporaries to her visionary style. 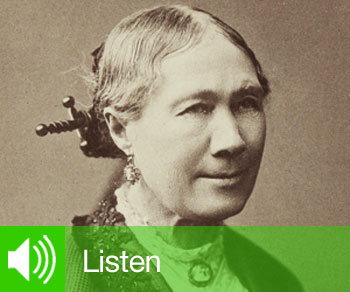 By the curators’ own admission, this is an unusual exhibition for the Courtauld Gallery. Rarely is the work of an unknown artist, let alone one who claimed to talk to the dead, given such prominence in a leading institution such as this. But Georgiana Houghton (1814-84), whose work pre-empted that of the abstract expressionists by nearly a century, is worthy of her place, for she was a true visionary. Barnaby Wright, Daniel Katz Curator of Twentieth Century Art at the Courtauld, said that when he was first sent an image of Houghton’s work he took it to be “a piece of psychedelic op art from the 1960s. Little did I realise that I was a full hundred years out.”

Houghton was trained as an artist, although no records have been found to indicate where. But it wasn’t until she learned of “spirit drawings” – images drawn by the spirits through the hand of a medium – that she set out with the serious ambition of becoming an artist, albeit one engaged in some unconventional collaborations. According to Houghton, various spirits and a whole host of archangels chose her as their conduit on Earth, expressing their stories, thoughts and advice through her in increasingly abstract ways. On the reverse of the drawings, through a type of automatic writing, every otherworldly participant gives their name and explains the symbolism behind the complex series of lines and bright hues that form her paintings.

In 1871, Houghton organised a solo show in Bond Street in London to display her intricate works and attended every day to help visitors understand their meanings. The show, not surprisingly, met with mixed reviews and all but ruined her financially. Houghton had an admirable amount of self-belief and determination, but given that she was a woman, a medium and an abstract painter working in the 19th century, her endeavours always seemed doomed to failure.

It is worth mentioning that seances were commonplace in Victorian England, and many prominent figures sought the help of mediums. Arthur Conan Doyle, James McNeill Whistler, Dante Gabriel Rossetti, and even Queen Victoria, regularly sat in a darkened room, hoping to commune with the dead. But while this growing practice afforded mediums, who were nearly always women, greater freedoms and influence in Victorian society, the burgeoning interest in psychology meant they were at risk of being diagnosed as mentally unwell, and some were subsequently confined to psychiatric institutions. Luckily, Houghton escaped this fate, and while she never achieved the recognition she deserved as an artist, she continued to work as a medium until her death.

Whether you believe that Houghton communed with the spirits to produce her extraordinary works is beside the point. Most visual artforms require a willing suspension of disbelief, and painting is no exception. What is beyond doubt is that she had an incredible command of colour, form and depth. Incredibly fine lines radiate out from tiny points on the page, crossing and crisscrossing like undulating streams, or strange signals streaming through some imperceptible space. Often Houghton uses white paint over the layers of colour, which form strings of tiny dots that spiral and crackle and creep. Broader, more ghostly washes stream across the page like the trails of apparitions. Her paintings are like pure energy rendered in paint. 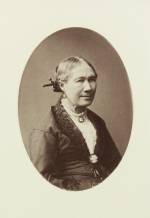 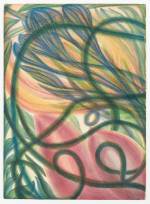 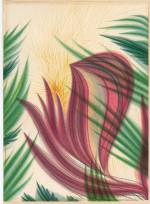 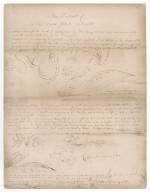 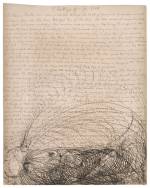 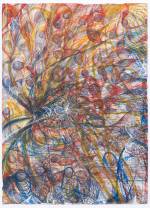