Much here is from his house or studio, with a number of paintings stretched up for the first time since the artist died in January. Mystical and ritualistic, yet irreverent, these are a taster of Rigden’s work 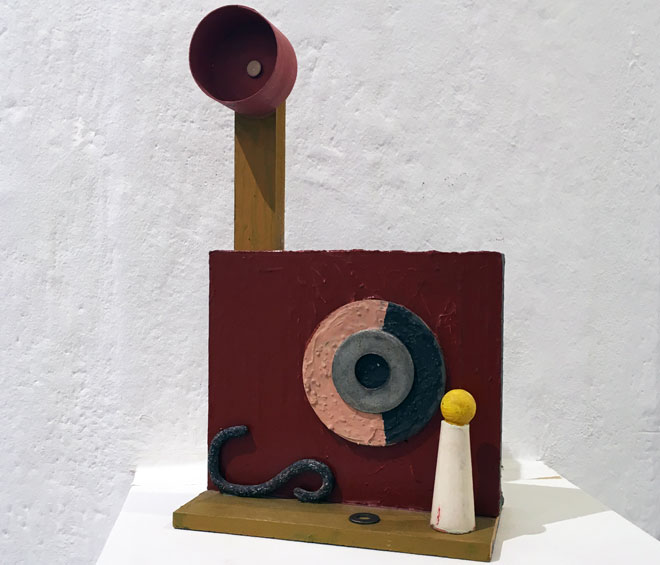 A week-long memorial exhibition for Geoff Rigden (1943-2016), curated by his partner Jennifer Harding, was held at the APT Gallery in Deptford, south-east London. It included more than 60 works, mainly paintings and constructions, although there were also designs for album sleeves, exhibition posters and manhole covers. A small display of biographical paraphernalia signalled affinities for artists including Paolo Uccello, Kenneth Noland, Albert Marquet, Henri Matisse, Pierre-Auguste Renoir and Adolph Gottlieb. A Cycladic head was among the evidence of time spent in Cyprus, where for many years Rigden taught at the Cyprus College of Art summer school. Some influences are more apparent than others, but Rigden’s work has always remained strikingly his own, idiosyncratic and hard to categorise.

It is also not easy to digest. Visually compelling, his paintings give the impression of holding something in reserve. Even at their most reductively geometric they are only deceptively simple. On closer inspection, a flatly applied layer of paint only partially hides a large number of predecessors. What may initially appear regular is always just off being so. Symmetries are asymmetries, framing edges gently bulge, each member of a cruciform arrangement of circles quietly and almost imperceptibly pushes in a different direction. It is difficult to discern a pattern governing the studding of leftover corks across Fayhim (1999), but the order achieved is indisputable – and harder to ignore because we cannot explain it away.

If Rigden was a quiet master of an anti-pattern patterning, he was also an anti-virtuosity virtuoso and an anti-craft craftsman. Not for a scorn for these qualities or a programmatic rejection of them (though his work is more straightforwardly anti-heroic). Rather because, despite an obvious involvement with high art, throughout there is a sense of an inveterate scavenger and improviser, a strangely purposeful tinkering with what was to hand: the corks in Fayhim and other constructions are joined by beer-bottle tops, bits of foil, canvas and other scraps. The work needed what it needed and that was it – what exactly that was couldn’t have been understood in advance. With the final swing, the nail is hit on the head and it doesn’t matter so much if the scratches and scruffs of previous attempts are left behind.

The paintings from the 1980s are in the main darkly atmospheric. A group including Fenêtre (1989) and Cycladic Violet (1990) provides an interlude of a more aerated luminosity, before the thickly layered works of the 90s and beyond. These later paintings are tactile as much as optic, objects as much as images. In some of his own late paintings, Georges Braque released his birds from the confines of the studio, but felt the need to weigh down the skies they now occupied by mixing his colour with large quantities of sand. The sky was a release, but its freedom had its own dangers – open space was needed, but not so much to compromise the image as a physical reality. Much the same impulse can be seen here.

Rigden’s attitude to geometry progresses along similar lines. For the early abstractionists, geometry was something ideal, remote, promising a release from the restrictions of our gravity-bound, ponderously bodily existence. For Rigden, on the contrary, geometry is something earthy, matter-of-factly realised and inseparable from its physical manifestation. Despite this, his geometry still contains something of the mystical and the ritualistic – and that it does is somewhat of a paradox for an artist whose work is in other ways irreverent. Anyone solving – or at least probing – this conundrum might also need to try to explain how Rigden’s particular sensibility and his attraction to abstraction is bound-up with a more overt subject matter. Despite its modernism, the exhibition resembles a display of the artefacts of some lost civilisation. Here are its hieroglyphic texts, its heraldries and insignia, fragments from picture cycles showing its history or myths. There are its monuments, altars and reliquaries, effigies of its gods or heroes.

Humour is both a relief from the works’ difficulty and somehow bound up with it. A clipped curve jauntily occupies space, while a circle loses just enough of its abstractness to become a head or a face, looking back at us with something like an insouciant simplicity or an absurdist defiance. Elsewhere, wit comes from the offbeat audacity of Rigden’s solutions. The works are full of smile-inducing weird decisions, odd nips and tucks. Toughness and ugliness guard against the whimsical and the ingratiating. It is difficult to know whether we are fully in on the joke but somehow this never seems a problem. Here, the convention of talking about works of art as personages – as if paintings or sculptures were active things with agency, rather than inert objects – becomes more than a convention. It is not just when their shapes allude to heads or faces that the paintings look back at us. Perhaps we can take their strange humour because we feel that Rigden was subjected to it as much as we are?

Much of the work here comes from his house or studio, with a number of paintings stretched up for the first time. Despite these limitations and the nearness of Rigden’s death, Harding has clearly made the case for a larger retrospective, one that traces his development, rather than giving us a taster of it, and fully exploring pathways that the space available here can only hint at. Who will take up the challenge? 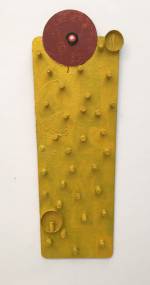 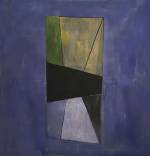 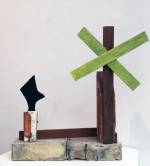 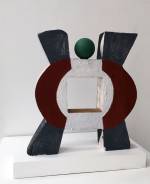 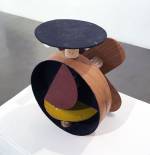 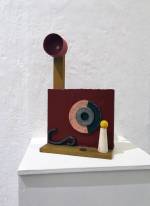