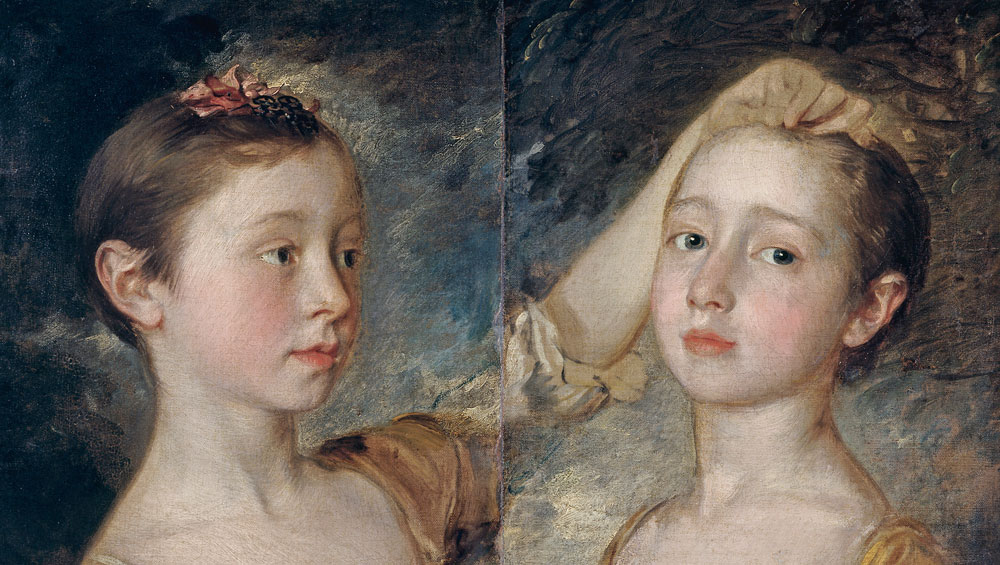 Thomas Gainsborough (1727–88) wanted to be a landscape painter. His heart was for ever in the country, tethered to Suffolk, where he had grown up. But he made his name painting portraits, and what luminescent portraits they were. One in particular stopped me in my tracks as I turned a corner in the National Portrait Gallery’s Wolfson Gallery. The shrewd face that seemed so real to me was that of Gainsborough’s sister, Sarah Dupont. She was a fashionable business owner – her millinery works occupied the same building in Bath as Gainsborough’s studio – and her brother painted her as an ornately bonneted woman with so intense a presence that you might expect her likeness to start talking.

Gainsborough’s brother is here, too. “Scheming Jack”, as he became known, was forever dreaming up doomed get-rich-quick plots. At some point, an unknown hand has added the inscription “Gainsborow” to the canvas, a pun perhaps, as he was always borrowing money. His untamed hair falls flat over his forehead, as though he has just removed his hat and failed to fix his locks for the sitting. No doubt he had places he would rather be. He has a five o’clock shadow greying his jaw, and although he is facing us, his eyes look shiftily away. Another protagonist in this Georgian cast of characters was Gainsborough’s nephew, Gainsborough Dupont, whom the artist took on as his only formal apprentice. He hoped that this handsome boy would continue the family business, but he lacked his uncle’s talent.

But the real stars of the piece are Mary and Margaret Gainsborough, the artist’s daughters. They grow up in front of our eyes, transforming from doe-eyed children to fashionable young women. The National Portrait Gallery’s touching painting of them is here, two young girls holding hands as the youngest, Margaret, reaches out for a butterfly, which has come to a rest on a thistle. Her sister holds her back. It serves as an allegory for the impulsiveness of youth and teaches that beneath temptation lies pain, a lesson that Gainsborough himself, would come to learn for himself.

Anxious that his daughters should be free from the world of “tea drinking, dancing and husband hunting &c”, Gainsborough hoped that Mary and Margaret would become landscape painters, so that they could support themselves, a remarkable idea for the times. With this ambition in mind, he painted them surrounded by classical sculptures, portfolios in hand. But his hopes for their future would never materialise.

In a later double portrait, Gainsborough finally admits defeat and paints his daughters as they wanted to be seen – elegant, fashionable society ladies with bouffant hair styles and elaborate dresses. At their feet sits a white dog, a symbol of the sisters’ loyalty to each other and an addition usually reserved for married couples. Mary (on the right of this portrait) married the musician Johann Christian Fischer in 1780, but was unhappy. She returned home two years later, but her mental health steadily worsened and Margaret, who never married, took care of her after their mother’s death. 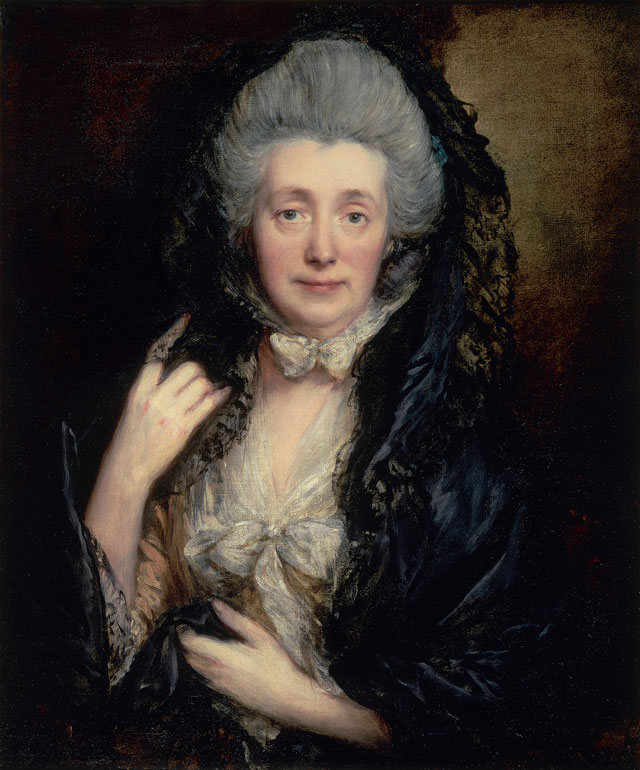 Their mother, Margaret Gainsborough, was a force to be reckoned with. She had a head for business and Gainsborough admitted that, without her, he would have lost thousands. She might also be the reason that most of his portraits of the family were left unfinished. The curators suggest that she probably encouraged her husband to concentrate on paid commissions, rather than happy distractions. There is only one known painting that depicts husband and wife side-by-side, a rather lumpen early picture, which includes their first daughter, who died at two years old. The suggestion here is that theirs was not an entirely happy marriage, a union that could even be described as fraught. But Gainsborough painted Margaret with tenderness and was not blind to his own failings. A portrait that was perhaps painted for Margaret’s 50th birthday presents us with a gentle-faced woman drawing back a black veil. This is a pose that the curators have pinned to the classical figure of Juno, the quick-tempered wife of the philandering Jupiter. But if Margaret could be difficult to live with, Gainsborough might also be suggesting that he, too, was no angel.

Gainsborough died of cancer aged 61. When he found out that he was terminally ill, he set his affairs in order and stated that only one self-portrait was to be reproduced in posthumous etchings of his likeness, an unfinished canvas in which the artist looks stern and unyielding, one thick eyebrow raised to an unseen annoyance (perhaps Joshua Reynolds, as the two were professional rivals). But his family preferred a different likeness, one they believed was more true to life, painted by German artist Johann Zoffany in 1772 as a study for a larger composition depicting the founding members of the Royal Academy (Gainsborough asked to be omitted from the final composition.) In this version, he is caught in an unguarded moment, natural and almost in profile, he appears alert and much more approachable.

There is no doubt that this is a fantastic exhibition full of personalities that shine out from the canvases like characters from a Jane Austen novel. Gainsborough is revealed through his relationships with these people, through the unwavering love for his daughters, his affection for his siblings, for Gainsborough Dupont and the warm, but rather distant respect he had for his wife. I still struggle a little to get a real handle on the man himself, his moods, his wit and his indiscretions. But this exhibition is about the bigger picture: it tells the story of the people around him and, if nothing else, it will whet your appetite for more tales from the Gainsboroughs.