Faces Then: Renaissance Portraits from the Low Countries
and
Faces Now: European Portrait Photography since 1990
Bozar (the Centre for Fine Arts), Brussels
6 February – 17 May 2015

‘Ars utinam mores animumque effigere posses pulchrior in terris nulla tabella foret’ (Art, if only you could portray mores and spirit, there would be no more beautiful picture on Earth) – Martial, 1AD

Admirers of the Lacanian Gaze will be thrilled to see an exhibition that explores the concept of identity through the dual set up of old versus new. Smoothly curated, Faces Then offers around 50 portraits exploring the conception of the genre to roughly the end of the 16th century, while the stark and at times harsh contrast of Faces Now examines portrait photographs since the fall of the Berlin Wall.

When Domenico Ghirlandaio used the quote from the Roman poet Martial as an epigram to the beautiful and iconic portrait of Giovanna Tornabuoni in 1488, he rightly offered an extra dimension to a flat canvas by positing that art should transcend itself by expressing the spirit of the sitter, and only then the picture, so to speak, would be complete. Although the focus in Brussels is on the Low Countries, identity and seeing beyond paint and pixels is a central theme in both these exhibitions, which are to be seen, as Bozar’s artistic director Paul Dujardin explains, as apart yet together. In tandem with The Sultan’s World: The Ottoman Orient in Renaissance Art, which opens on 27 February, Faces Then and Faces Now are the central elements in Bozar’s spring programme exploring notions of “the other”, “bridging the gap between Renaissance portraits and contemporary portrait photography, between the intimate and the shared, between Europe and the Ottoman Empire”.1 The concept of the face as the mirror of the soul, put forward by one of the curators of Faces Then, Koenraad Jonckheere, surpasses the usual “eyes are the mirror of the soul”, coined by countless authors, and is a convincing thread through these exhibitions. With political, socio-economic and religious themes acting as a backdrop to “unusual suspects” (many works on display have been held in private collections and are debutants to the public), the visitor can observe a beginning-to-end story and enjoy some art historical highlights along the way.

Faces Then first introduces the visitor to the genre of portraiture through the wonderful Portrait of a Man in Profile (1513) by Quinten Metsys. In the Low Countries, portraiture only came to the fore quite late, during the course of the 16th century, whereas in more progressive regions in the south, such as Italy and Germany, portrait painting had flourished in the previous century. The attentive observer, or “gazer”, is invited to follow the construction of the growing humanistic idea of “the self” through the very long 16th century. As the curators say, for centuries the portrait (in one shape or another) was an expensive privilege reserved for saints and monarchs. Through the booming economic activity and the growth of the international trade market during the late 15th century, a rising wealthy bourgeoisie was enabled to become keen patrons of the arts. Portraiture or “likenesses” became increasingly popular, and artistic centres in Antwerp, Bruges, Brussels and Haarlem, among others, were established, giving highly skilled artists such as Joos van Cleve, Quinten Metsys, and Catharina van Hemessen the opportunity to confirm their reputations and build up a large clientele. The results of their efforts are works of sublime aesthetic quality that attest to excellent craftsmanship attained by artists who departed from the Italian idealisation of the sitter towards a depiction that was as true to life as possible – wrinkles, scars and birthmarks included.

Chronologically, Faces Then explores the tentative steps portrait painting takes in the north with a number of smaller images. A good example is Adriaen Isenbrant’s Portrait of Paulus de Nigro (1518) or the Portrait of a Man by Simon Bening (1530-1540), here on loan from the Louvre. Departing from attempts to portray likenesses as well matched to reality as possible (which ultimately failed), artists during the 16th century aimed for something beyond copy paste. Through the injection of iconographical treasures such as globes, books, background landscapes and jewellery, portrait painters attempted to bring the personality of their sitters alive. The Italians already worked on this type of portrait in the 15th century, as can be seen in the work of Ghirlandaio and others, yet artists such as Ambrosius Benson add prestigious creations to this growing body of work. His impressive Portrait of a Bearded Man with a Black Beret (c1530) and his Portrait of Anne Hastings (1530-1535), both adorned with expensive symbolic essentials such as gemstones, leather gloves, fur and silk, which betrayed their social status, are examples of high-quality, sought-after portraits for any collection. The almost cute double portrait of Dirck Borre van Amerongen and Maria van Snellenberg represents a couple “done well” and introduces the variation of two sitters on one image.

Further along, some striking self-portraits introduce the personality of the artist as evolving from once rather anonymously displaying their skills to emphasising their social status and their intellectual, as opposed to just painterly, skills. Although I don’t entirely agree with Jonckheere, who fashions Anthonis Mor van Dashorst’s Self-portrait (1558) as the best in the history of art (there are too many other contenders), van Dashorst’s likeness is self-confident, imposing and fine, perfectly alluding to an attitude that claims a status higher than a “mere painter”. However, this apparent change in brashness is not always as outspoken: the nearby Self-portraitby Van Cleve (c1519) is much more conventional and solemn. The final room of Faces Then explores portraiture as a grownup genre with a certain standardisation of style and an apparent realism that tends toward naturalism. The wide audience is apparent in the subject matter artists are presented with. It is only suitable that, for example, the famous and common Portrait of an Old Lady with her Dog (1558) by Frans Floris de Vriendt, represented by a rather chubby woman accompanied by a quizzical dog she keeps near, is here juxtaposed by another woman with a dog, yet this time in the shape of the wealthy and recently married Jacquemyne Buuck, who literally wears her wealth on her sleeve and is here eternalised by Pieter Pourbus in 1551, next to her husband Jan van Eyewerve. The de Vriendt, with his pleasing and softer portrayal, departs from the hyperrealism we would have seen years earlier and heralds the style of the 17th century and the age of Rembrandt and Frans Hals.2

Exiting Faces Then means entering Faces Now through a transition space in which visitors have the chance to immortalise themselves (very en vogue in the age of the selfie) by having their picture taken. The white walled setup in Faces Now brings together the work of 32 photographers who, according to Bozar, are best placed to represent the past 25 years in the realm of portrait photography. Well-known visual artists such as Juergen Teller, Anton Corbijn and Thomas Ruff appear alongside equally influential, yet lesser-known, artists and demonstrate a powerful image of diverse identities in post-1989 Europe that highlight a political, religious and socio-economic depth much like its sister exhibition did 450 years or so before.

Spread over seven “halls”, this massive component of Bozar’s spring programme makes the visitor think of opposite identities; poor versus wealthy, normality versus decadence, fame versus unknown, healthy versus sick, alive versus dead. The work of Teller, for example, explores young girls’ image of the fashion industry, whereas Nikos Markou assesses the economic crisis in Greece through a sharp lens while the opposite is depicted in the work of Tina Barney, who, with a series of portraits of well-to-do families, adds to the extremely opposite nature of the human condition at any given time.

Although I am not always convinced that Faces Now and Faces Then should be seen in tandem (and we will have to reserve judgment until the opening and final instalment of Bozar’s spring lineup, Sultan), the photographers and visual artists chosen to display here do acknowledge their debt to Renaissance portraiture. Clegg & Guttmann, with their large portrait The Board, representing a set of corporate leaders proudly sitting in front of what seems to be an illustrious Manhattan background, could benefit from a comparison with an iconic image such as Rembrandt’s The Syndics of the Clothmaker’s Guild of 1662. This more formal posing for portraits is also seen in a photograph taken of Simone Veil in 1990 by Christian Courrèges, who adds a whole series of famous faces to the wall.

A large number of photographs are attributed to the picturing of anonymous identities, the everyday European citizen, people on the streets, formal and informal, posed and unknowing. Especially harrowing here is the series of large-scale photographs taken by Boris Mikhailov, examining poverty in the Ukraine after the fall of communism. Often the work on display speaks directly to the observer; issues such as economic crisis, famine and war are daily occurrences to us, the 21st-century citizens.

Next to the average Joe, Faces Now also offers the polar opposite; pop stars, artists, politicians and the realm of celebrities. A striking image is that of a dead Jan Hoet, the Belgian “Art Pope”, who died in 2014. Photographer Stephan Vanfleteren shows this intimate and solemn image to the public for the first time.

The many juxtapositions offered in Faces Now share the element of private versus public and the blurred borders between both. Hence the wide variety of photographs seen here reveals the need to see photography as both an art form and, probably, as a witness, a necessity. The only downside I see to such a wide topic is that the focus of the exhibition and the motivations of why Faces Now should be seen in tandem with Faces Then (in addition to Sultan’s World) become equally blurred.

Faces Then and Faces Now teaches the visitor a lot, the catalogue doesn’t disappoint, the spaces are beautifully set up, the offer is impressive and the quality on the walls imposing. Yet, if I had to choose between them, and I get the feeling visitors will, I would put my money on Faces Then. 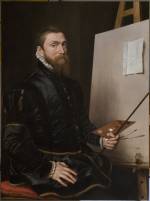 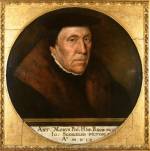 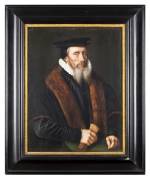 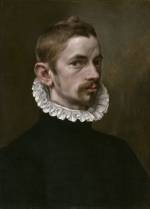 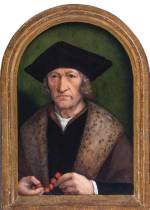 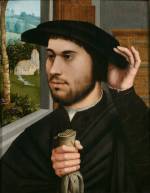 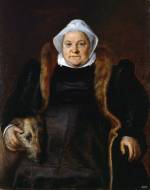 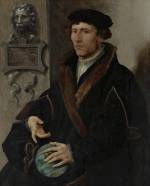 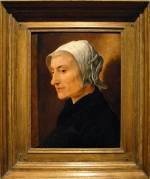 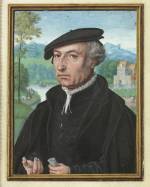 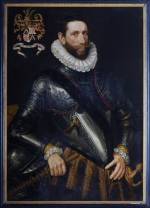 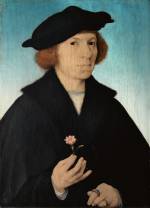 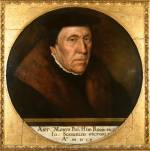 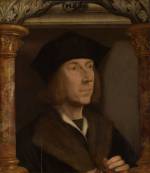 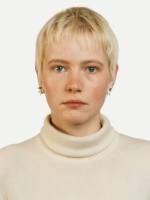 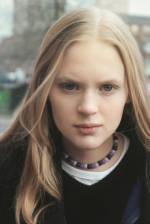 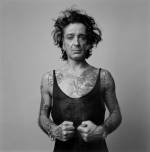 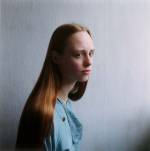 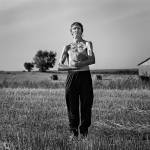