Filled with dark eroticism and witty visual puns, Dreamers Awake is a sprawling survey that explores the influence of surrealism through works by women artists from the 1920s on 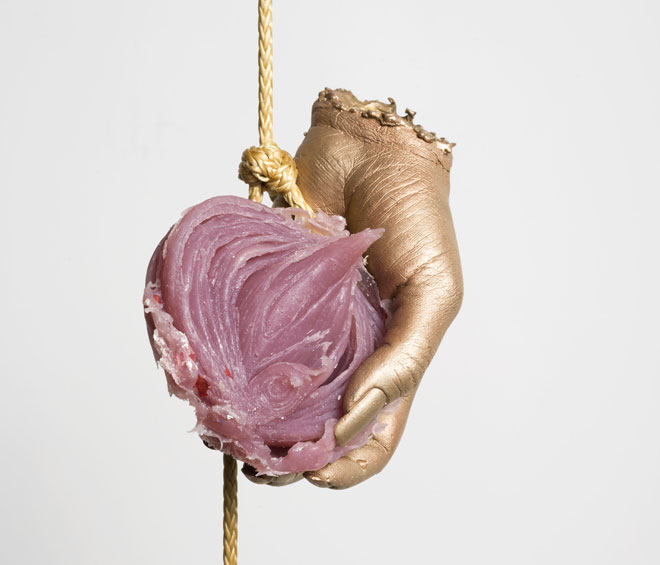 Around a dark corner in White Cube’s central gallery lurks a psychedelic surprise. An array of small objects stands lined like soldiers on the floor – orbs of glowing light, vases, models of fish – while, behind them, projected on a black wall, disembodied body parts float down from the ceiling – a hand with fingers splayed, a pair of buttocks, lungs, intestines, eyeballs. In a video projection to one side, a dreamlike narrative plays out in virtual reality: a woman slowly climbs out of her bed and into a cabinet that holds a range of jars containing apparently mummified organs, where she dances languidly, as if in a trance. This is Shana Moulton’s My Life as an INFJ (2015-6), an instalment in a long-running series exploring the artist’s alter ego Cynthia and her attempts to release herself from a cycle of isolation and anxiety. 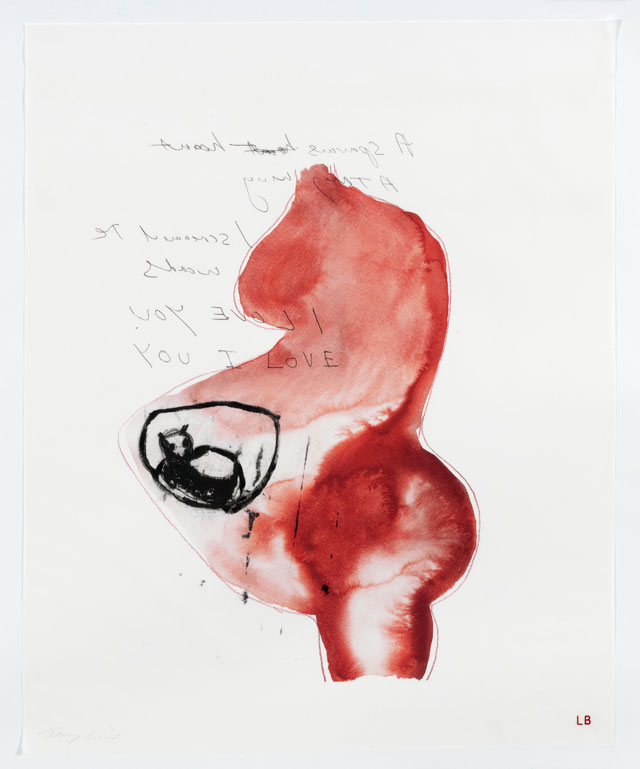 Dreamlike visions, images of constraint and enclosure, a search for freedom, dark humour: this piece encapsulates many of the themes of this sprawling survey exploring the influence of surrealism through the work of female artists from the 1920s to the present. White Cube has assembled more than 170 works, which are displayed here without the help of any wall labels, so that anyone who wants to match work to artist – or to unpick the significance of a title – is in for a frustrating experience manoeuvring a complex map. Taking place 100 years after Apollinaire coined the word “surrealisme”, the show includes several women who were associated with the surrealist movement, such as Leonora Carrington, Lee Miller, Eileen Agar, Dorothea Tanning and Leonor Fini, as well as many contemporary artists, established and emerging, whose work interacts with its motifs, among them Tracey Emin, Sarah Lucas, Mona Hatoum and around 40 others. 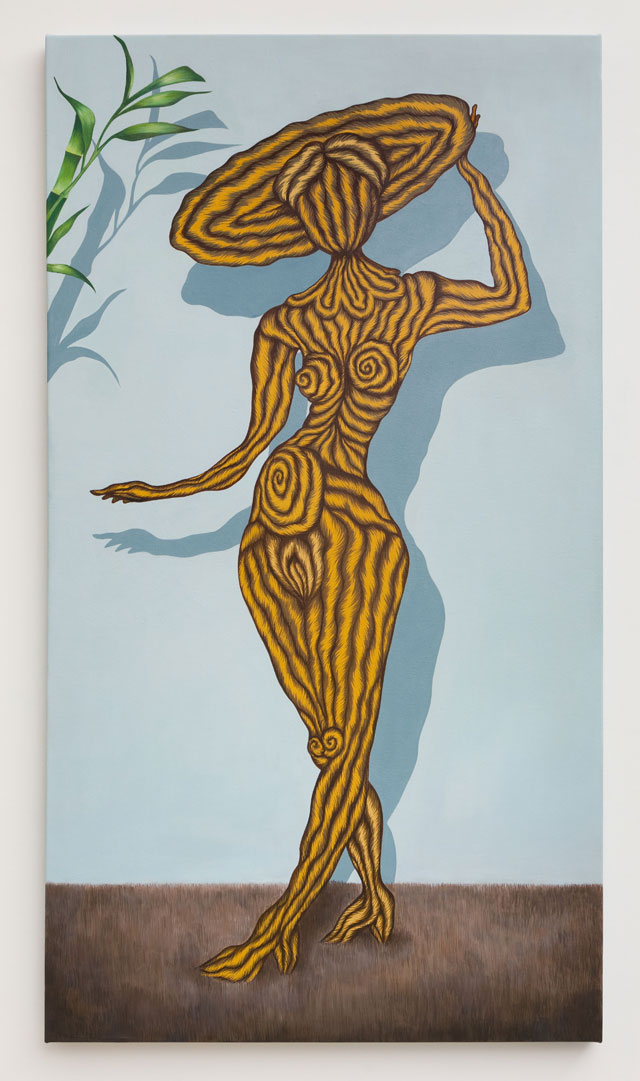 The show is couched around the idea, expressed in the rare piece of wall text that greets visitors on entering, that the woman within surrealism is a fantasy, an object of desire, an other. While male artists used surrealism to express freedom and explore the creative potential of the unconscious, the woman was seen as a projection, as passive, as in René Magritte’s Le Viol (1934), which shows a woman’s head with breasts for eyes and a pubis for a mouth. (The image is harshly subverted here by Linder’s 1977 work It’s the Buzz, Cock!, a lightbox adorned with the glistening torso of a woman with an iron for a head and a pair smiling mouths for nipples.) 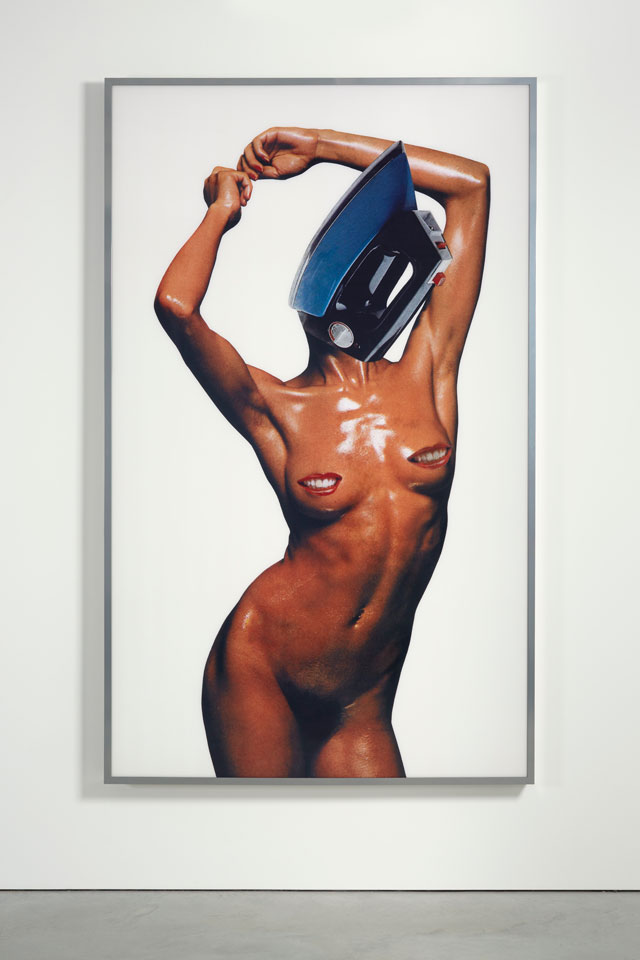 It is a neat narrative, situating the show as an intervention within the art world’s male-dominated landscape, as an effort – following from the Guerrilla Girls’ popular show at the Whitechapel Gallery, and the Tate’s widely praised hang in the new Switch House, which seeks actively to offer a more diverse approach to art history  – to redress the gender imbalance that permeates the landscape. But the catalogue essay by Alyce Mahon complicates the view of surrealism that the exhibition seeks to redress. She explains how male surrealists “increasingly came to recognise that radical artistic and socio-political change could only find a new direction through the feminine”, and cites André Breton, writing in 1944, who suggests that artists should “take the responsibility … to maximise the importance of everything that stands out in the feminine world view in contrast to the masculine”. Several artists in this show took part in Peggy Guggenheim’s seminal exhibition 31 Women, held in 1943 at her New York gallery, Art of This Century. Fini, a self-taught Argentinian artist, came to regret her participation: “Men have tried to exile, to imprison, women,” she wrote. “A study exclusively devoted to women is still a sort of exile.” This exhibition’s focus lies sharply on the female body: it aims to show how: “Through art foregrounding bodily experience, the symbolic woman of surrealism is refigured as a creative, sentient, thinking being.” Works that subvert objectification or play with gender identity will highlight how: “Repossessed by its owner, the fragmented, headless body of surrealism becomes a vehicle for irony, resistance, humour and self-expression.” But this approach risks essentialising rather than empowering, producing a cumulative effect that highlights entrapment, rather than escape. 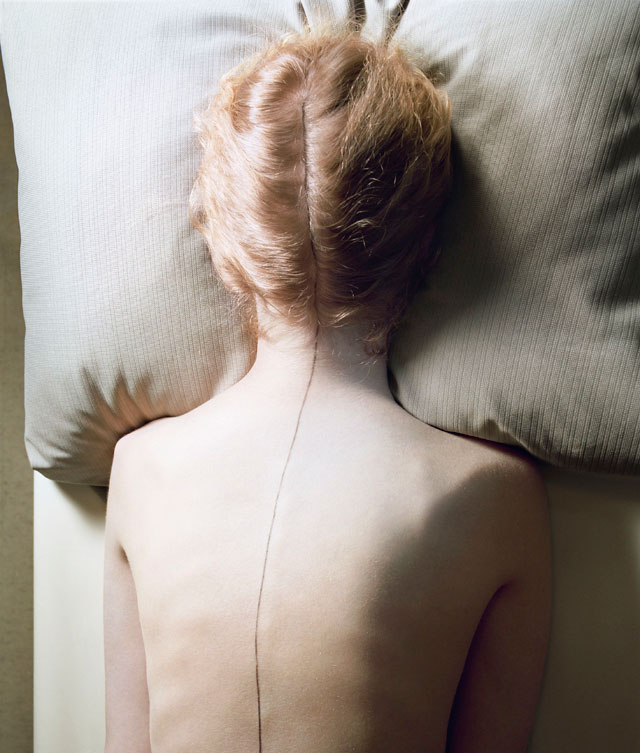 While bodies are ubiquitous – often tied up, distorted or dismembered – it is not until the third room of four that we first see a woman’s face. A series of eerie, theatrical photographs by Jo Ann Callis shows women lying submerged in water, their faces crushed in pillows, standing with their backs to the camera, their bodies indented by crisscrossed twine. Kiki Smith’s Siren (1994) is a stitched torso with clusters of blue glass beads instead of a face and vagina. Next door, a small room is dedicated to Do Not Abandon Me, a 2009-10 collaboration between Emin and Louise Bourgeois, in which Emin has added words and small, creepy figures to headless torsos painted in watercolour by Bourgeois.

Across the exhibition, body parts are strewn incongruously: an elongated pink tongue sticking out of a wall, a pair of lips atop a lamp, Hannah Wilke’s display of terracotta vaginas, Mona Hatoum’s cabinet of glass ones. Hair is everywhere. Women morph into trees, stretch handcuffed hands aloft, mutate into household objects, wear blindfolds or masks that crumble. There are two fine examples of Rachel Kneebone’s porcelain structures (a larger display of which is currently on show at the V&A), all small flailing limbs, tendrils, diving and writhing into a homogenous stack, both still and moving, differentiated and subsumed. A particularly enticing piece in the second room is Kelly Akashi’s mysterious, Well(-)Hung (2017), in which severed hands of cast gold climb up a suspended rope, conjuring fairytale associations. The first face we do see is in Museum (1951), a painting by Edith Rimmington, who was introduced to the British Surrealist Group in 1937. The sculpted stone head of a beautiful woman resides inside a glass jar. Her eyes are closed, but her face is implanted with open eyes of all colours, staring out perceptively and confrontationally in every direction. This woman refuses to be object, to be consigned to death like the animal specimens that surround her – although the glass jar lends ambivalence to her defiant gaze. Elsewhere, Lee Miller – best known now as muse to Man Ray, who famously incorporated disembodied parts of her anatomy in his works, from her legs to her lips – contributes a 1929 photograph of a severed breast on a dinnerplate, refashioning a domestic setting to shocking effect.

Mahon points out that many women surrealists, like Fini, refused to allow their gender to be at the forefront of their display. While the show bursts with fascinating works, many imbued with dark eroticism or witty visual puns, the effect of viewing them packed together into one show and context ends up feeling somewhat dispiriting: too many of these bodies are still constrained, while too few burst free, like Cynthia, who finally opens the door of the cabinet and slinks away. 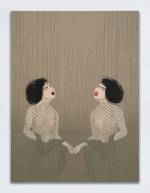 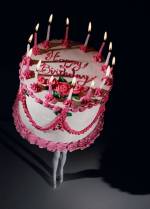 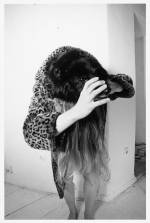 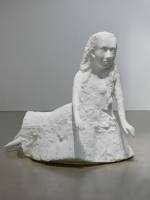 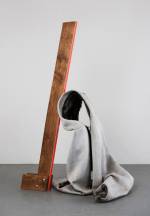