With the lightest of touches, artist Do Ho Suh can transform the architectural into a symbol of the transient – and temporal – nature of life 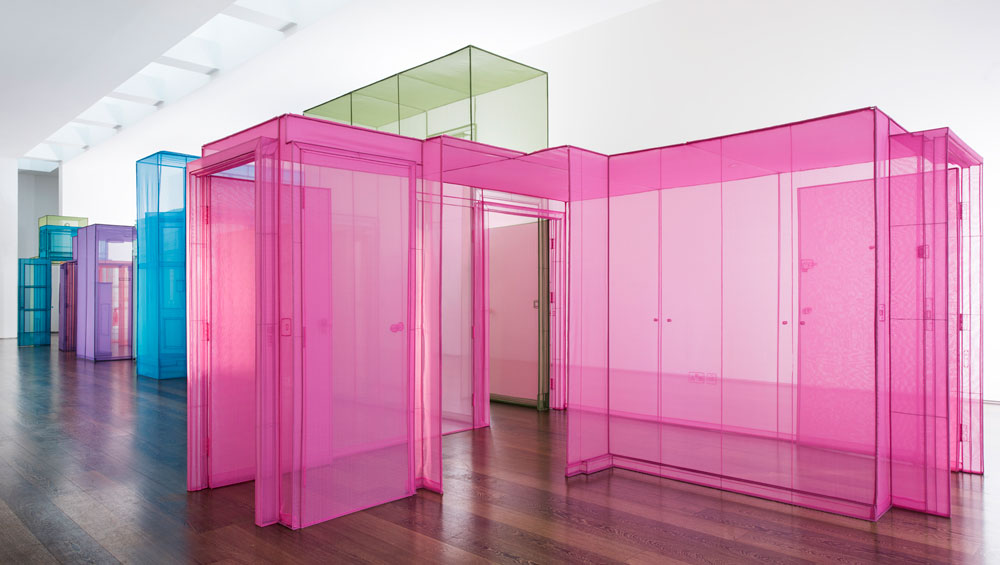 Do Ho Suh’s work swings between the gently poetic and the boldly ambitious. In 2012, he affixed a 30-tonne house to the roof of the engineering school at the University of California, San Diego. Half the structure hung in mid-air at a haphazard angle, as though it had crash-landed from the sky in a scenario straight out of the Wizard of Oz. The Rubbing/Loving Project was another huge undertaking, completed only recently after three years of painstaking work. Suh lined the interior of his New York apartment with thin sheets of paper and went to work with coloured pastels, rubbing every inch in a labour of love. In doing so, he recorded every knock and scratch on every surface, the human markers of the dwelling’s life.

The overriding theme in Suh’s work is home and the spaces we pass through as we look for somewhere to settle, be it permanently or temporarily. Born in South Korea in 1962, Suh has led a relatively peripatetic life, moving from east to west, between cultures, languages and shifting architectural environments. His most recent work could be read as an effort to grab at, and preserve, certain fleeting aspects of this journey, to make something stick. With this exhibition, he builds, quite literally, on his experience of passing through environments using that most common marker of transition, the doorway.

Suh’s doorways are stitched from translucent coloured polyester fabric and lined up to form a corridor so lightweight that a strong breeze could lift it. As you pass from one threshold to another it feels as though you are crossing time and space, the chapters of a life. And the details are wonderful. Light switches, safety notices, the latticework of a New York entrance and an elegant Korean interior built in jade green, are all cleverly constructed and embroidered with decorative flourishes. Brick, brass and mortar have been transformed into fragile structures that can be packed up and carried away like a tent or a child’s playhouse.

But Suh has gone one step further in his search for a representation of the ephemeral nature of life by stitching doorways from gelatine tissue and submerging them in water. The gelatine dissolves, leaving a ghostly outline of the threads on paper, which lends architectural features the delicate nature of pressed flowers. These are drawings made from thread that take on the appearance of fossils, that represent something lost. Similarly, Suh’s Exit Series (2016) is a spectral collection of fixtures and fittings lit from behind like x-rays. Various types of light switches, a fuse box, even a housing inspection notice, have been sewn from white gauze-like fabric, arranged and framed like specimens collected on an entomological survey.

Soon after Suh left New York for London his second daughter was born. Passage/s: The Pram Project (2015-2016) is a video piece made with three GoPro cameras attached to her pushchair that records his explorations of London and South Korea with his children, moving from one locale and one language to the other; the voice of his little girl providing a charming monologue. They are on the journey with him, exploring the streets and facades.

This exhibition has a sense of longing about it, an air of fragility and transience, but not necessarily one of sadness. These recent works feel like the shed skins of a past life, husks that help Suh remember, that he can carry with him, while being representations of an era that has gone. They form beautifully poetic artworks and represent just another stage of his travels as he continues towards an unknown destination. 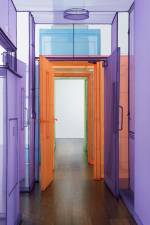 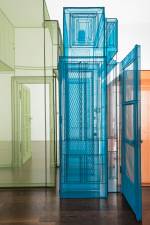