South Korean artist Do Ho Suh’s exhibition at the 21st Century Museum of Contemporary Art, Kanazawa in Japan explores the artist’s ongoing theme of human identity and what “home” means to human experience through a body of works that take architectural forms. 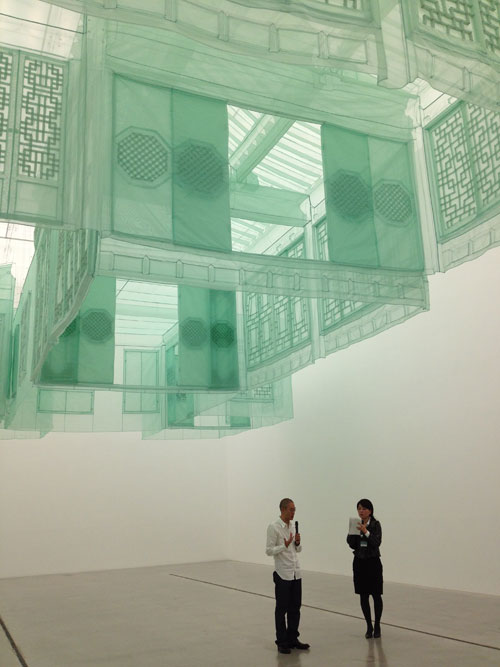 The exhibition Perfect Home starts from an outline element in translucent muslin silk, outlining a life-size gate surrounding Do Ho Suh’s house in Seoul where he was brought up. This is a gateway of entry to the artist’s world, in which he often displays translucent fabric to outline the architectural structure of his living space. Going through the gate, visitors will then encounter a work in translucent polyester fabric outlining the three corridors of an apartment in which the artist used to live in Berlin, Germany.

Born in 1962 in South Korea, Do Ho Suh left his home country in the early 1990s, set for the United States to study art. Since then he has been on the move living in New York, Berlin and London. “Continuously moving a place to live allowed me to think what it means to have a stable physical home,” says Do Ho. He started exploring the possibility of bringing his “home” along with him on his journey, which resulted in artworks created with a fragile fabric outlining the structure of the artist’s house. “Garment is the most personal form of architecture. Just like you pack your clothes into your suitcase and bring them to your destination, the idea was to bring my living surrounding with me.”

In the exhibition Do Ho’s house in Seoul is expressed in the gallery in the form of a void structure outlined with translucent fabric. The work Seoul Home/ Seoul Home/ Kanazawa Home raises the issue that is not just about whether a house can be physically transported or not, but rather questions the notion of what home means to Korean people. Do Ho’s house in Seoul was built in the 1970s by his father, replicating a house that was built in the Palace of Yi dynasty in the 19th century.

During the early 19th century, the King of the 23rd dynasty in Korea longed for the life of a scholar, (which is called Sonbi) and tried to emulate that lifestyle through replicating their houses. But after the end of the dynasty and during the course of rapid economic and social changes in recent Korea, many of the traditional vernacular Korean residences have been pulled down and replaced by modern western-style condominium apartments with westernised furniture. With concern for losing Korean tradition, Do Ho’s father set on to preserve this by replicating in turn what the ancient King replicated, yearning for an idyllic life of the commoner. Do Ho’s work replicating his Korean house subtly addresses rapidly changing values of contemporary Korean’s ideal for their home, and shows the artist being perplexed at two different values attached to the notion of house.

Similarly, Do Ho’s Fallen Star seems to express the artist’s confusion on encountering two different styles of housing in different countries. The piece, like a doll’s house, is a one-fifth scale model of a typical American home where Do Ho lived when he arrived in the US in the early 1990s, with a Korean style house that seems to have fallen from outer space crashed in to it. Taking the form of a house, the work has a connotation of artist’s discord when confronted by American society. “The piece is about my struggle to adapt to the new society, new environment. Maybe I will be incorporated into American society; maybe I will still be an outsider and cause a noise. I don’t know. It is a process of my spiritual journey.”

While Do Ho’s works primarily show an architectural structure represented in translucent fabric, they are not always about houses. His works often show gates, corridors and staircases (which are technically “transitional space”); space to lead you to somewhere, as compared to a living room, or bedroom. “At the core of my interest, is a notion of personal space. When I expand that idea, home is an inevitable theme. But that is not the only way of expressing. My practice is not about making end piece but it is more about the process. Naturally, transitional space came into my work. The work you are looking at the museum is just a by-product” says Do Ho.

So what is Do Ho searching for?

“I don’t know. When I realised everything is all about the process, there is no reason to seek for some sort of answer; you are living at the present moment and that is the most important thing. It is not about future or past. All my works are like a residue or the shed skin of snakes. You grow out of your own body and move to become something else.”

And the latest outcome is Secret Garden, a commissioned project in which a 1/16th scale model of Do Ho’s house and its environment will be deprived of its original environment and implanted instead into Madison Square Garden. Scheduled to be installed in a few years time the installation comes in Do Ho’s vernacular of the detached house in Korea, of trees and garden. “Home is not complete with just a house. It needs a garden, a tree and other non-physical elements. During the course of implanting the tree, which was growing in my house in Korea, non-native tree might not be able to adapt to new environment and may die away. Or non-native tree may affect local ecosystem and drive local species away.” Again, the project is Do Ho’s own exploration of whether immigrant can adjust oneself into alien society or not.

For western people, the exhibition will give a fresh mindset to view their own living environment from an Asian point of view, and to muse on how it will be if it was built. 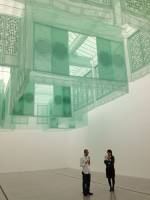 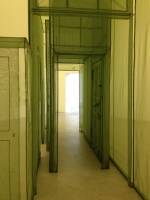 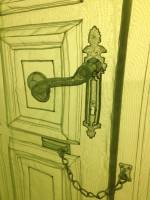