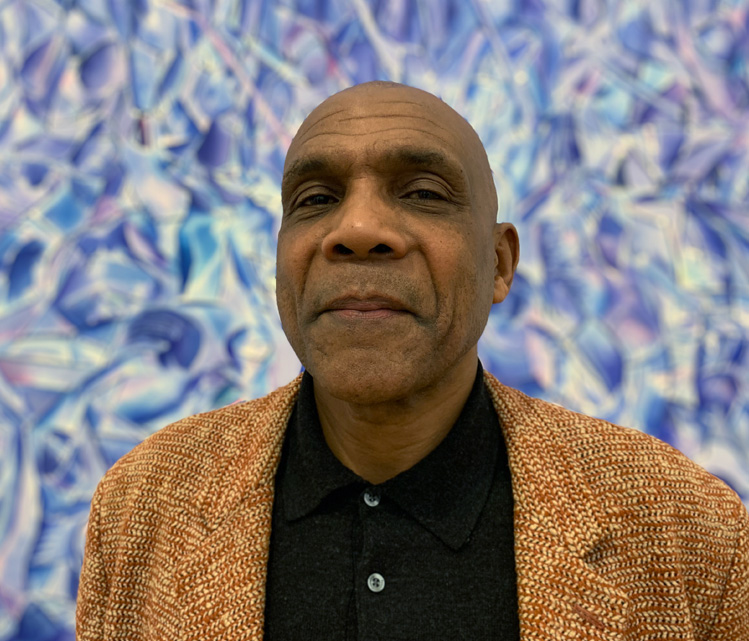 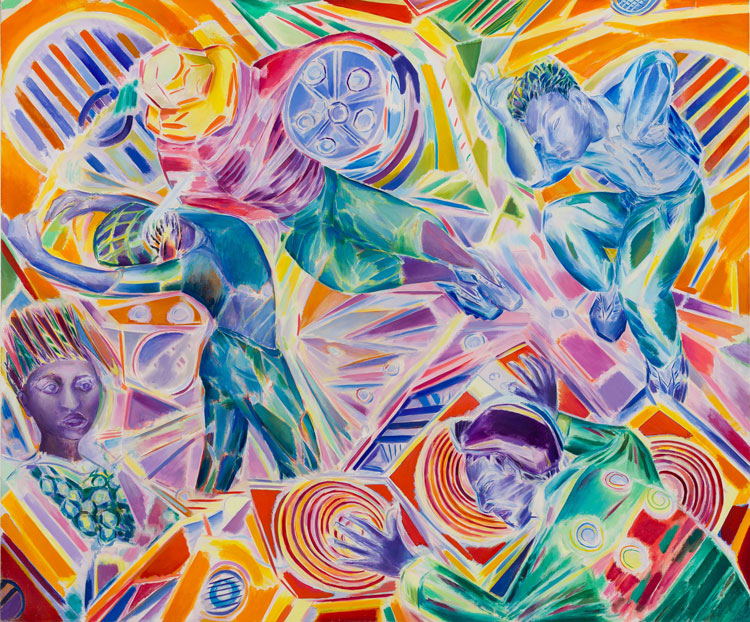 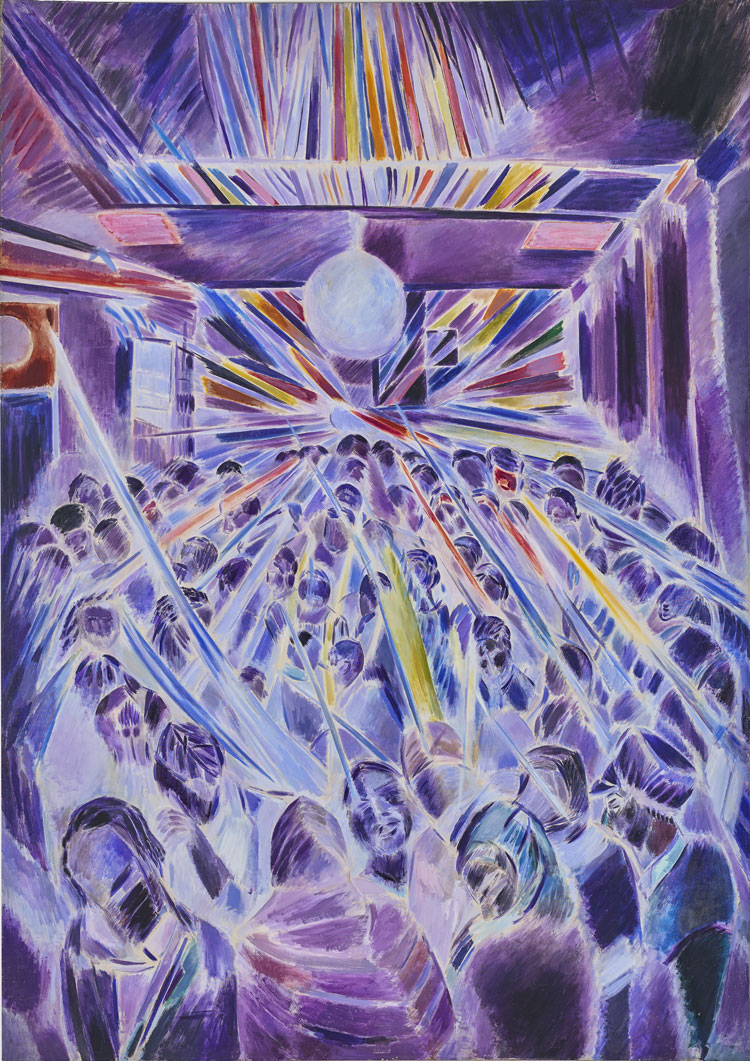 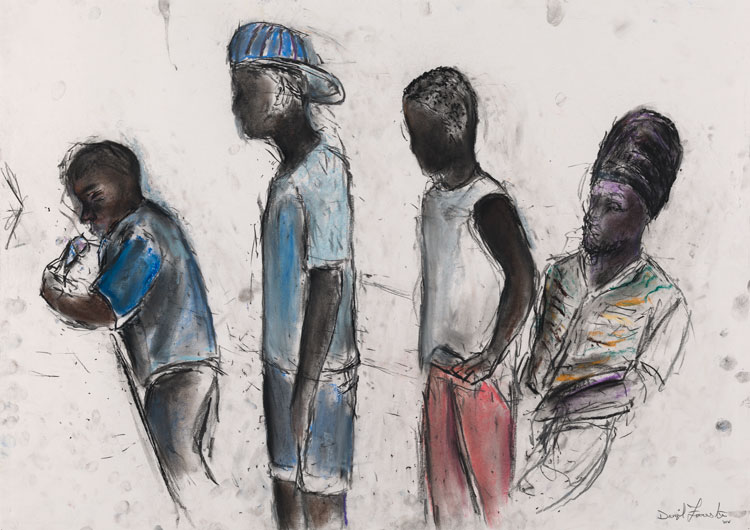 Denzil Forrester – interview: ‘I needed that dark space to bring out that energy… you have to give yourself over to it’

Studio International spoke with Forrester at the opening of Itchin & Scratchin, his first major solo institutional show, at Nottingham Contemporary

British artist Denzil Forrester (b1956 Grenada) is best known for his exuberant, large-scale paintings capturing the intoxicating energy, rhythm and movement of the underground dub clubs in Hackney, which he frequented during the 80s and 90s. These east London clubs offered a vital uplift for the Afro Caribbean community, a much-needed respite from the grim reality of racism and police brutality in Margaret Thatcher’s Britain, and it was in these dimly lit, smoky spaces that Forrester discovered his artistic voice, giving himself over to the frenetic atmosphere as he dashed off scores of sketches, each lasting the length of a track. He says: “I thought: ‘This is incredible, the energy in that room, the movement, the dance, the sound, dub music.’ I thought: ‘God, that’s energy I want in my painting.’” These gestural sketches form the basis for his paintings, sometimes decades after their initial creation. 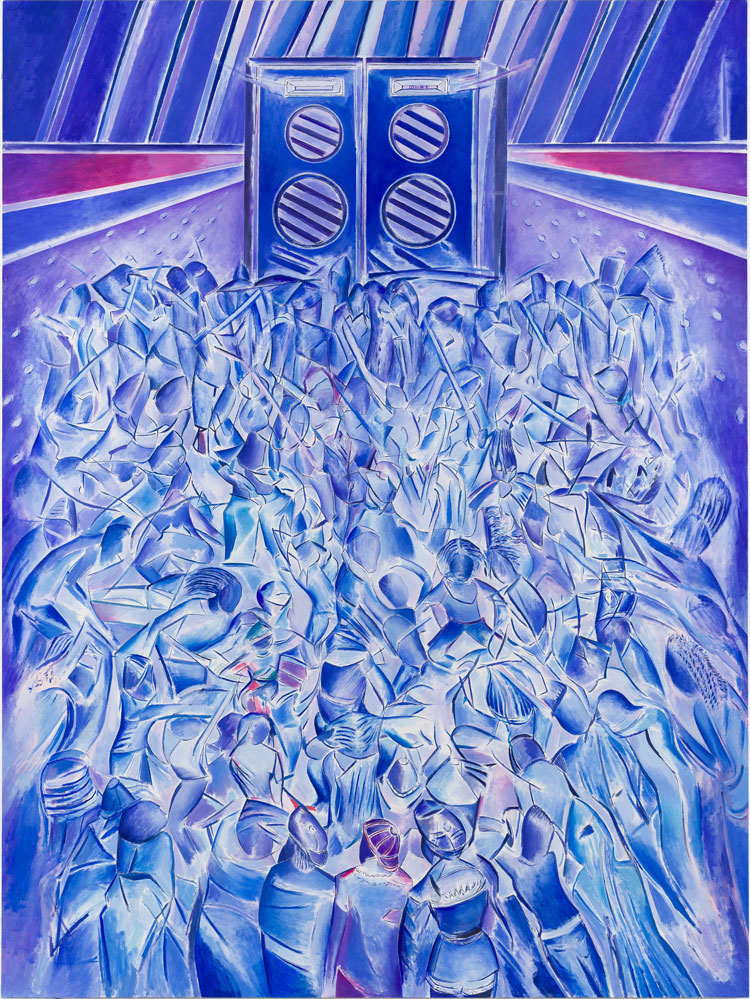 For his first major solo institutional show, Forrester is presenting 18 canvases and 10 sketches, spanning  forty years, reflecting his experiences in London, Rome, New York, Cornwall and a recent trip to Jamaica. Forrester draws on these experiences, his heritage and a range of influences including impressionism, expressionism, cubism and futurism to produce his own dynamic style. 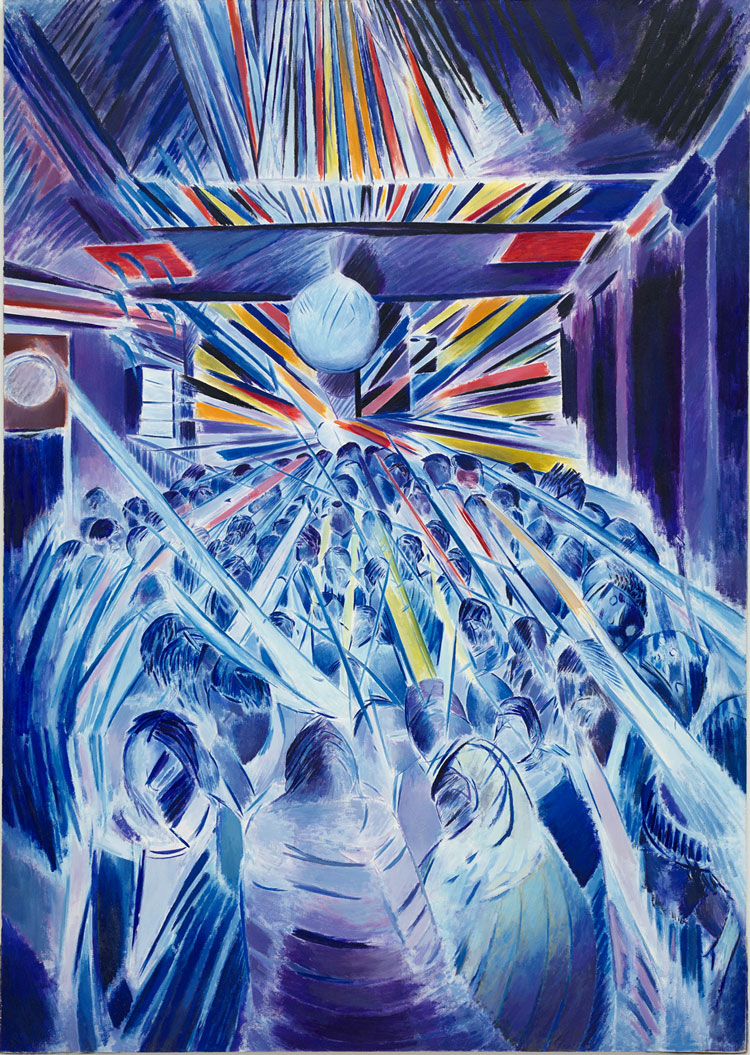 In Dub Strobe I (1990), strong multicoloured lines of strobe light slice like primal rays through the crowd of rapt bodies beneath a mirror ball; All Hands on Deck (2003) shows an ecstatic kaleidoscope of movement as DJ, drummer, dancers and even the walls and floor pulsate to the same rhythm. 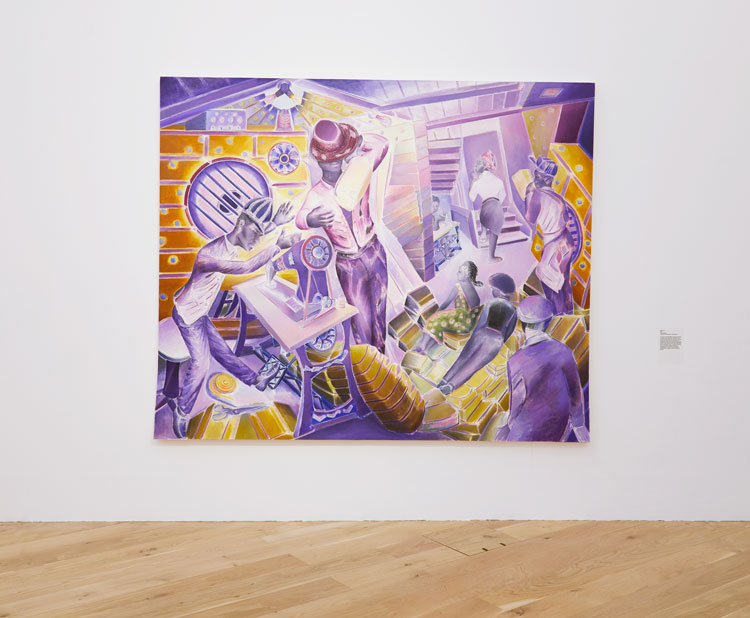 Besides the club scenes, two paintings address significant moments in Forrester’s personal life. Stitch-Up (2017) depicts the artist as an 11-year-old child sewing piles of fabric bags with a sewing machine. It alludes to the period shortly after his family’s arrival in 1967 from Grenada, when his mother, a seamstress, put him to work until a place came up for him at school. 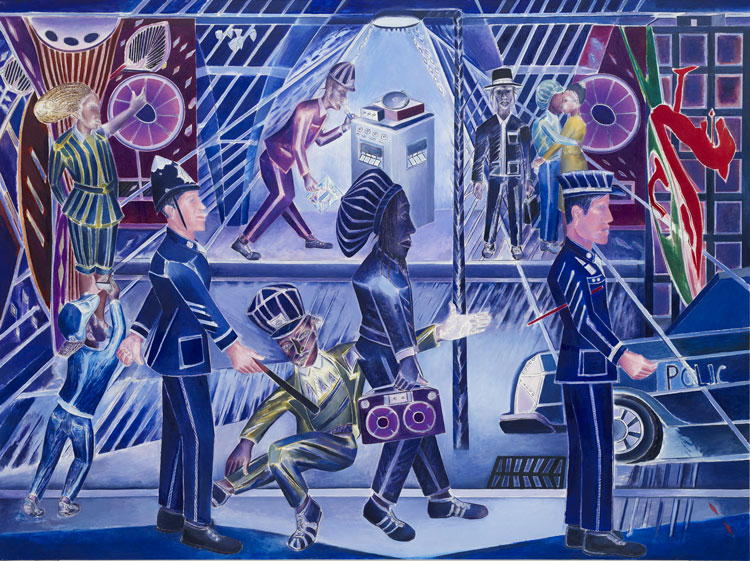 Brixton Blue (2018) is a variation on Forrester’s 1982 diptych Three Wicked Men, which portrays a policeman, a politician and a Rastafarian businessman against a backdrop of a street scene and was titled after a reggae song. The three figures recur in Forrester’s work and are closely entwined with the memory of his friend Winston Rose, who lived in the flat upstairs when they were growing up and was later killed in police custody. Rose haunts these paintings and Brixton Blue, which Forrester reproduced as a mural in vinyl for Brixton Station in 2018 for Art on the Underground,offers a counterpoint to the joy of the club works. 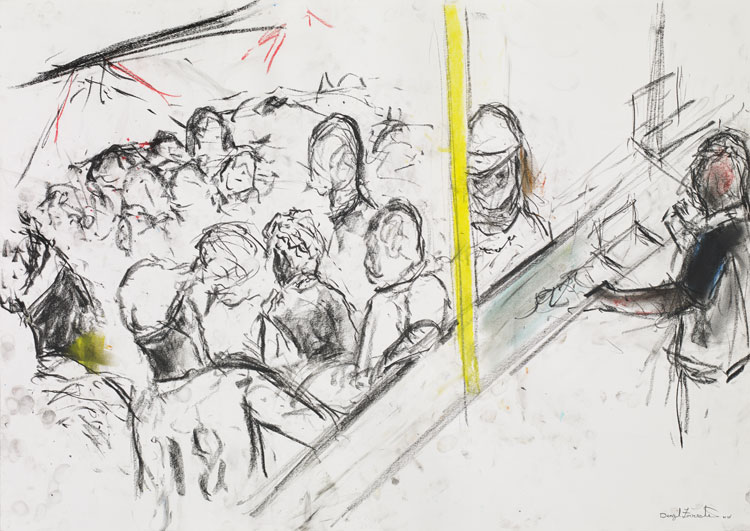 Forrester attended the Central School of Art as an undergraduate and completed his master’s at the Royal College of Art. Almost immediately afterwards, he won a two-year scholarship to the British School in Rome, closely followed by a Harkness Scholarship to New York. On his return, Forrester found the British art scene on the brink of the in-your-face, highly conceptual BritArt phenomenon, within which his gestural work did not fit. He ended up teaching at Morley College in London for 30 years, while exhibiting his work sporadically. He attributes the recent resurgence of interest in his work to Peter Doig, who had seen his master’s degree show in 1983 and contacted him by email about 30 years later. The result was a slew of shows, including at Doig’s London space Tramps in 2016 and White Columns in New York, gallery representation and belated recognition by the mainstream art world. It is about time.

Denzil Forrester: Itchin & Scratchin
Nottingham Contemporary
8 February – 3 May 2020, then travelling to Spike Island in Bristol from 4 July to 6 September 2020.