Deb Covell interview: ‘I want to show how far painting can be pushed’

Deb Covell interview: ‘I want to show how far painting can be pushed’

Deb Covell (b1966) is a painter who seeks to celebrate the material qualities of paint. Rejecting pictorial imagery, she also eschews the traditional canvas support, producing paintings that hang from walls like drapes or lie folded and crumpled on the floor. There is a sculptural element to her works but, she explains, it is far more about form, materiality and the versatility of paint.

Covell has just completed a very full-on month-long residency, open studio and exhibition at Middlesbrough Institute of Modern Art, but there is no time for a rest, as she is soon to be exhibiting in a group show in New York City. Fortunately, she managed to find time to answer Studio International’s questions.

Anna McNay: Your works explore the material and sculptural properties of acrylic paint, eschewing the traditional canvas support, and instead hanging from walls like drapes or lying on the floor, creased and folded. Can you explain the process by which you make these works?

Deb Covell: As you say, I no longer work on a traditional support such as a canvas or wooden panel as I found them too limiting, particularly at the early stages of the works’ development. I make my own supports out of paint, beginning with a single brush stoke, applied directly on to polythene sheets. I continue to build up enough layers until I have a support that is robust enough to work with. I then peel off the resulting “skin” and use this paint skin as a material to create 3D forms with. A process of folding, creasing, cutting and collapsing follows until a new form emerges.

AMc: Do you think of your work as sculpture or painting, or is this distinction arbitrary and irrelevant?

DC: I see myself as a painter with sculptural concerns. I use a painter’s tools and materials, and the works always start as a right-angled square or rectangle, referencing the format of a painting. My intention after this is to use paint as a material to create forms with. By using sculptural elements such as weight, gravity, tension, mass, touch, space, and so on, I then attempt to make “real” paintings, which don’t reference anything other than themselves. Also, by releasing the paintings from the wall and into the surrounding space, I intentionally try to engage the viewer in a tangible, authentic experience in the way that sculpture does. However, I believe my aesthetic sensibility is one of a painter; I just prefer to use real forms rather than illusionistic or pictorial devices that so much traditional painting can get caught up in. I think the distinctions between painting and sculpture as well as drawing, installation and performance become very blurred in my work. What is more important to me, rather than these distinctions, is to show how far painting can be pushed and celebrate its amazing versatility.

AMc: You work a lot with black, white and grey. Is colour a distraction from the properties you wish to explore?

DC: It is at the moment. However, I’m constantly noticing and being attracted to metallic shiny surfaces or bright hues such as yellow and pink. I guess if you deprive yourself of anything for long enough, you start crave it. I’m trying to resist this temptation and concentrate on my ideas about bringing a form into being by using tangible and non-tangible ingredients such as paint, light and space. Even black and grey have become redundant recently as I found them too weighty and possessing a graphic quality that I didn’t think was necessary any more. I am focusing on white as a vehicle to bring about a form. I love its purity and the graduated tones that occur as I manoeuvre the paint skin into a 3D form. There’s also something very satisfying and meditative about painting large areas of white. It allows new thoughts and ideas to creep in without any unnecessary distraction.

AMc: You’re clearly – and openly – influenced by Suprematist artists, such as Kazimir Malevich. What makes your work new and different?

DC: I became reacquainted with Malevich and the other Suprematists after a trip to New York last year where I saw the wonderful exhibition Inventing Abstraction at [the Museum of Modern Art] MoMA. I was already trying to diminish the noise of my painterly gestures by covering them with white blank areas of paint in an attempt to silence the paintings and make them objects of contemplation. I felt drawn to Malevich again as he had already left the world behind in his work. I was particularly interested his notion of the zero degree in painting, where he stated that Suprematist paintings were “the construction of forms from nothing”, and drew comparisons with my own practice. I noticed that their forms were still painted on canvas – a 3D object with edges and a surface, which I felt limited the freedom the Suprematists seemed to be looking for. Furthermore, the geometric shapes they were using floated or hovered on white grounds, suggesting an element of spatial depth. I guess I wanted to push the degree zero in painting even further by not only eliminating the pictorial and illusionistic elements in my work, but crucially freeing the painting from any support altogether.

AMc: You’ve said that, whereas Malevich wanted his work to bring about a transcendental experience within the viewer, you want to “engage your audience in the ‘nowness’ of reality” and “make them feel fully present in the moment by experiencing the visceral physicality of [your] work in real space”. How can you ensure that your audience remains fully present? Would it be a failure for you – and, if so, on whose part? – were someone to see you work and experience something beyond the here and now?

DC: Malevich’s spiritual and religious concerns are something that he wanted to convey in his work from a very early age. He seemed to have a particular interest in taking the viewer away from a tangible reality into another space beyond the picture plane.  In works such as Red Square and Black Square, we are released from the perimeters of the shape, as Malevich deliberately makes the squares non-symmetrical. In the soft edges of his Dissolution series, colour and form fade away altogether, liberating the work from the world of visible forms. My paintings are aimed at bringing a form into the world and keeping the viewer in the present through experiencing the very physical and tangible qualities they contain as they enter the viewer’s space. The fact that people often want to touch it, to me proves it is having a very physical effect on them as they seem to feel a connectedness to it. I don’t see it as a failure if that doesn’t happen, as everyone brings their own story to an artwork, but this is my intention.

AMc: Where does your inspiration come from? Are you purely academically influenced, or do you glean ideas from elsewhere in life?

DC: Inspiration comes from many places. It could be things I’ve read, exhibitions I’ve seen, but, more often than not, it is through observing and experiencing very simple everyday occurrences in my life.  At the moment, I notice a lot of drapery around the home, such as our white shower curtain making folds in a particular way or damp towels strewn over bannisters. I love the movement of a full washing line as it blows in the wind with the strong tension of the pegged areas clinging to the line. The other day, I noticed the wall outside the bathroom had the most beautiful graduated changing light, which had been cast by the natural light coming in through the bathroom window. I’m sure these observations are recalled when I make work in the studio. Of course, many artists and art movements inspire me too. Most of these usually share a concern for the Real in a material sense. I love the work of Robert Ryman, Richard Serra and Robert Morris. The list is very long, but I feel truly thankful to these artists who have helped guide me in my own particular direction.

AMc: You’ve just finished a residency at Middlesbrough Institute of Modern Art (Mima). How did this come about and how has it furthered your career and discipline?

DC: I was delighted to be invited by Mima to take part in its first open studio residency. I was looking for a space to develop my ideas, particularly about installation and to make larger pieces that I couldn’t do because of the size restrictions in my studio. Mima offered me the space to do this and saw the potential of turning it into an open studio situation, where the public could come in and see how an artist works first hand. This is something Mima had never done before so I really appreciate the trust it put in me. It was a great experience and helped clarify some of my ideas and let me think about my next steps. The work produced during the residency led to an installation called From Nowt to Summat, which was housed in one of its large spaces. This was invaluable as I got to create an installation of works that brought about new challenges, such as the proximity of the works in relation to each other, the use of light to emphasise certain areas of the paintings and create a particular ambiance, and test out the use of existing walls, ceilings and floor as a support for the work, which activated the whole space.

AMc: You’re probably too busy right now to even contemplate this, but do you have any idea what you might be working on next?

DC: I have a few exhibitions coming up. The first one is in New York in October at the Anonymous Gallery in Soho. It is called Sha Boogie Bop and I’m extremely excited about it. The premise of the show is based on the gradation of colour and form. I’ve already sent the work over, but would love to be there at the opening. I have a group show coming up at Aid and Abet in Cambridge, called Transparent Things, which is about using everyday objects and materials in an art context. I’m also co-curating and am part of a show in Manchester at Castlefield Gallery next June called Border Crossing, which examines the crossovers between painting, sculpture and installation, with an emphasis on how the viewer navigates the space and links the art works together. We already have a good line-up of artists from all parts of the globe and it’s a really challenging and exciting exhibition to be working on from a curatorial and personal artistic perspective. 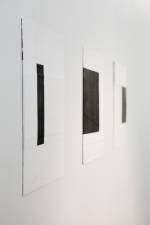 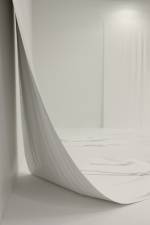 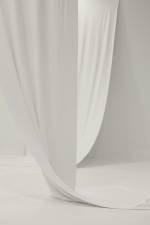