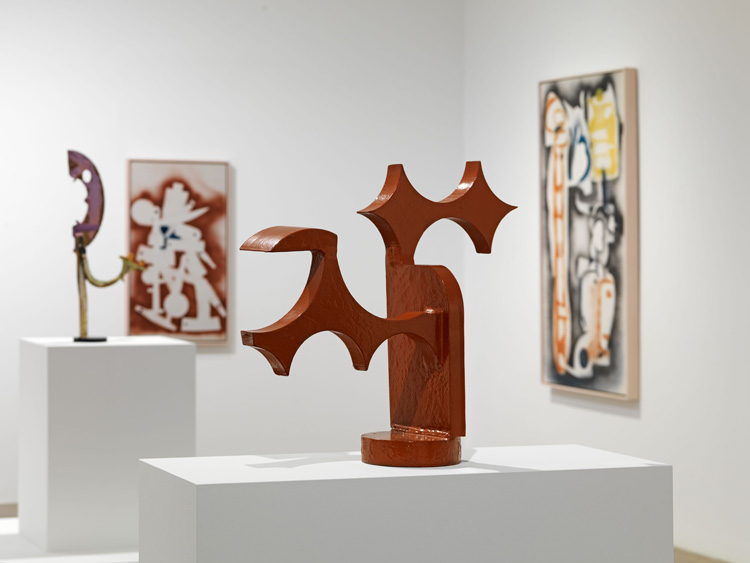 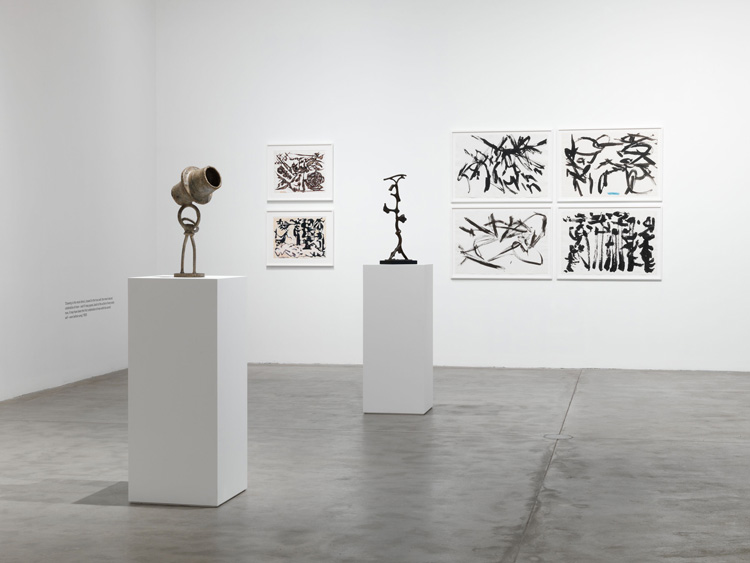 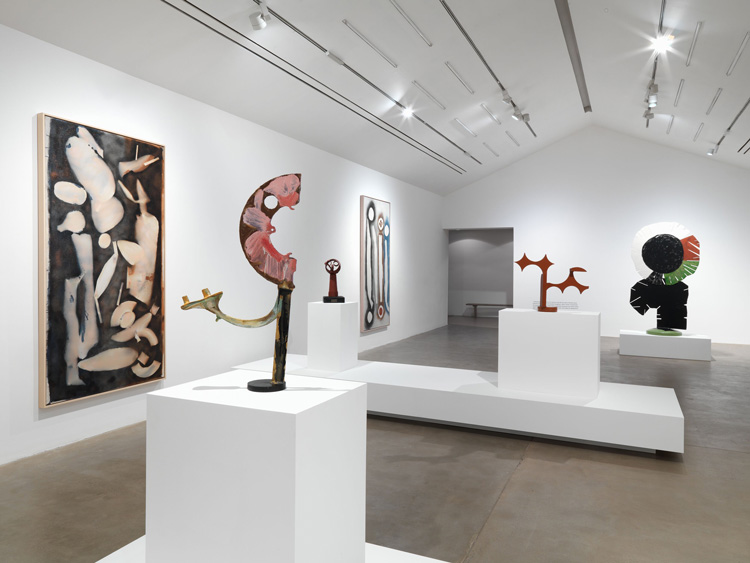 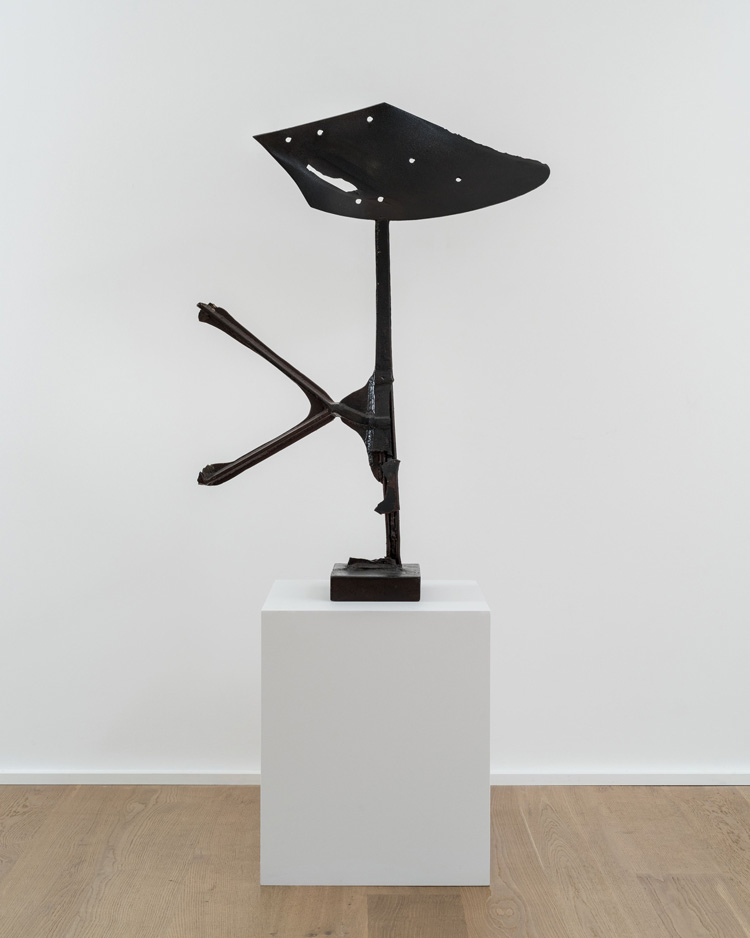 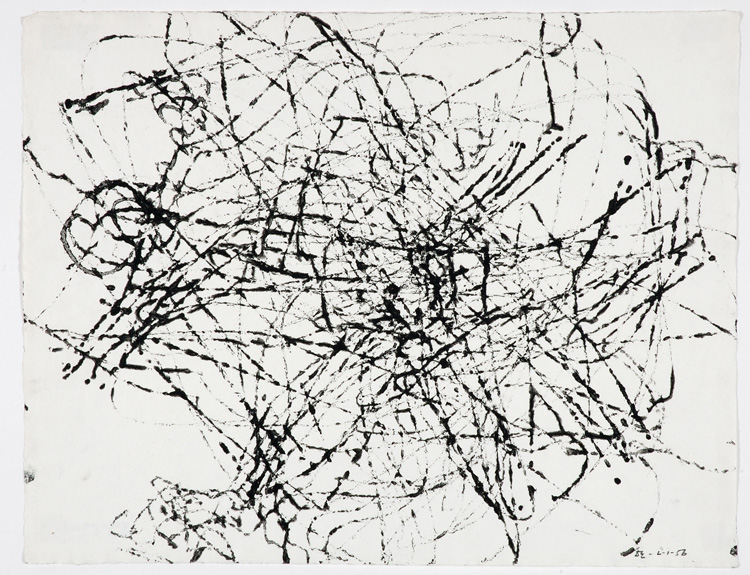 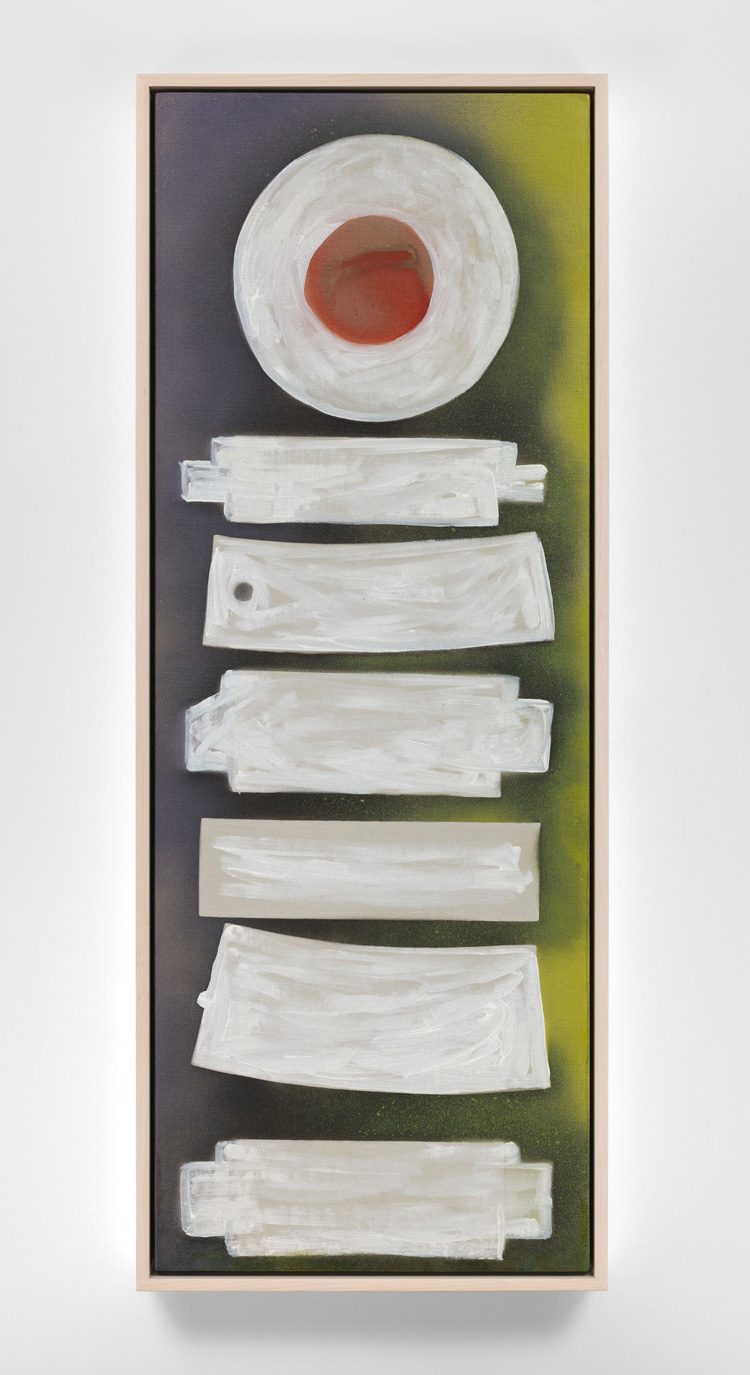 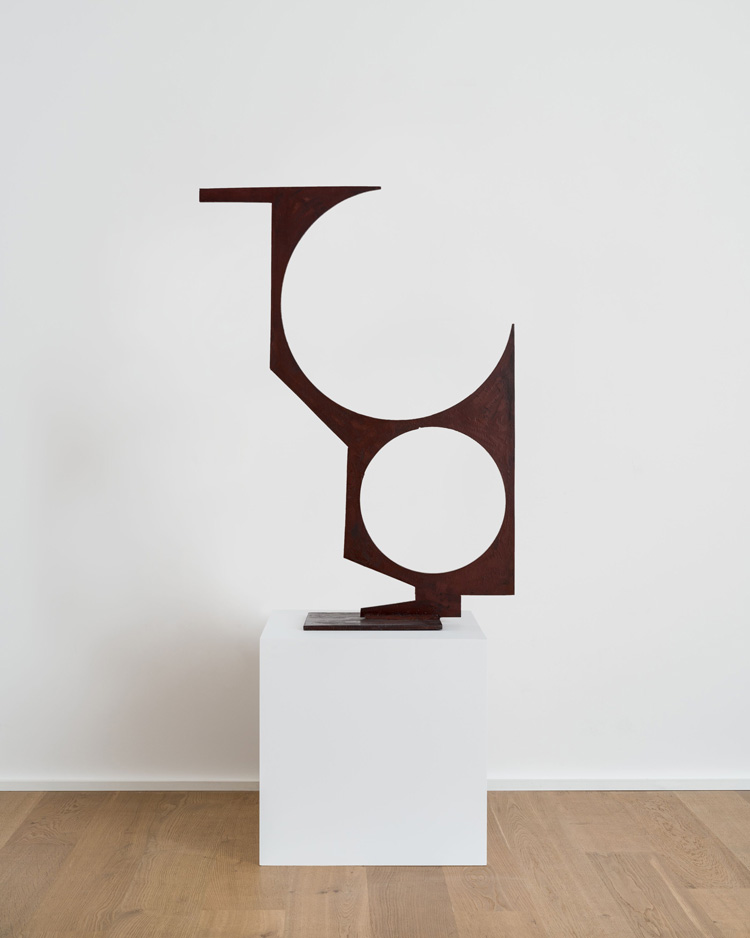 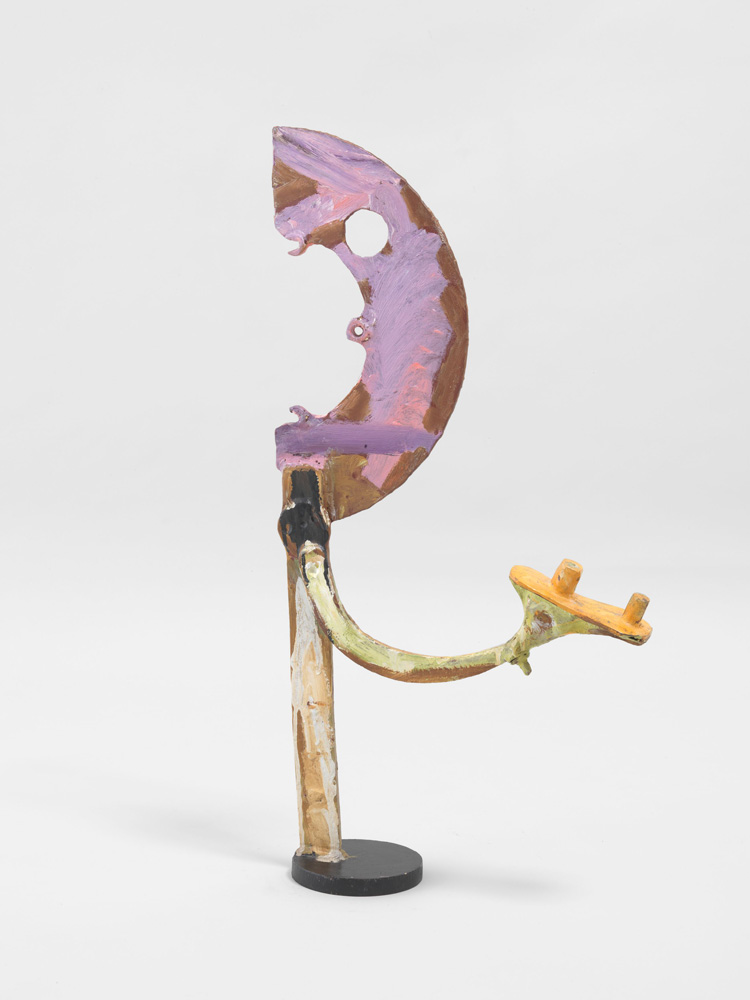 This is a compelling show that reminds us that, though known best for his welded-steel sculptures, Smith identified as a painter

In 1960, five years before his untimely death in a road accident, the American sculptor David Smith (1906-1965) told critic David Sylvester: “I belong with painters.” The eye-catching quote appears in the final room of this compelling survey at Hauser & Wirth Somerset, which covers three decades of the artist’s output. It serves as a reminder that, despite being best known for his muscular, large-scale sculptures of the 60s, Smith identified first and foremost as a painter. A wealth of paintings, drawings and sculptural explorations fills the West Country gallery, demonstrating why the artist is rightly celebrated as a pivotal figure in postwar American abstraction. It also hammers home the fact that Smith’s pioneering use of welded steel was merely one facet of an industrious and multifarious practice. 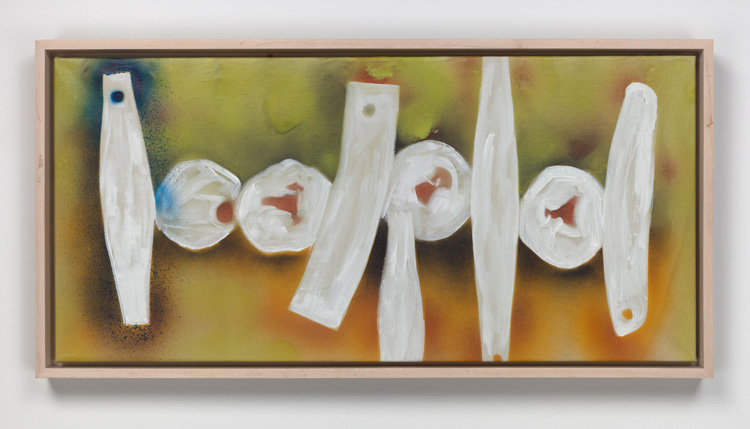 Drawing was a daily activity for Smith, often taking place in the evenings after long days of welding in his rural upstate New York studio. Arrayed in the first room is a generous selection of these abstract works on paper, demonstrating the evolution of Smith’s mark-making during the 50s. Several from early in the decade appear like strange hieroglyphics, whereas later examples feature gestural bursts of thick, black ink. By 1960, they begin to evoke the wild, painterly daubs of Smith’s fellow abstract expressionists, Jackson Pollock and Willem de Kooning. Indeed, although Smith considered them drawings, they are, in essence, paintings. But whether controlled or free-flowing, Smith’s brushy lines have a consistent calligraphic quality, as if belonging to an evolving abstract script. 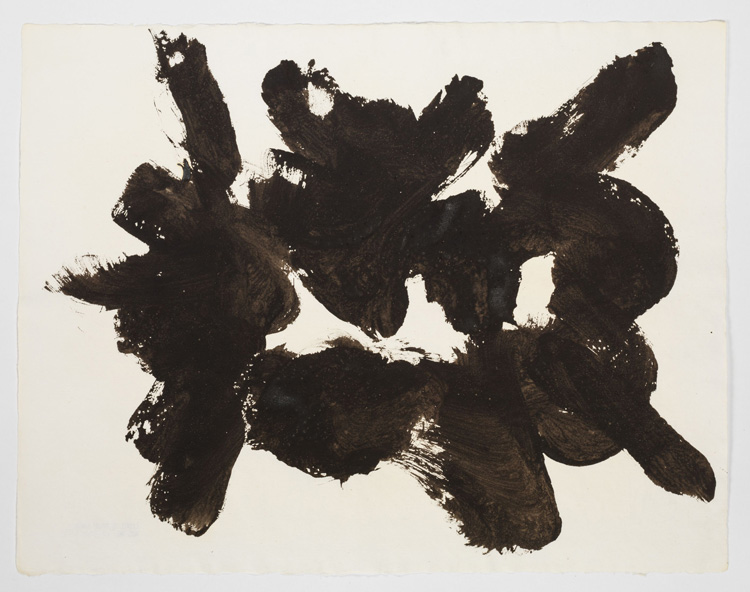 Correlations between Smith’s ink drawings and his sculptures are numerous. Indeed, the term “drawing in space” is often applied to his three-dimensional works – a phrase that originated with Julio González to describe his own collaborations with Picasso during the 20s. Formally, Smith’s Agricola series (titled after the Latin word for “farmer”) seems indebted to Picasso and González’s iron sculptures, but these welded-steel works, formed from found agricultural implements, are inflected by his early life in the rural midwest. Discarded tools and old machinery parts littered the fields surrounding his farmhouse home at Bolton Landing in the Adirondack Mountains, providing ample material for these motley constructions. 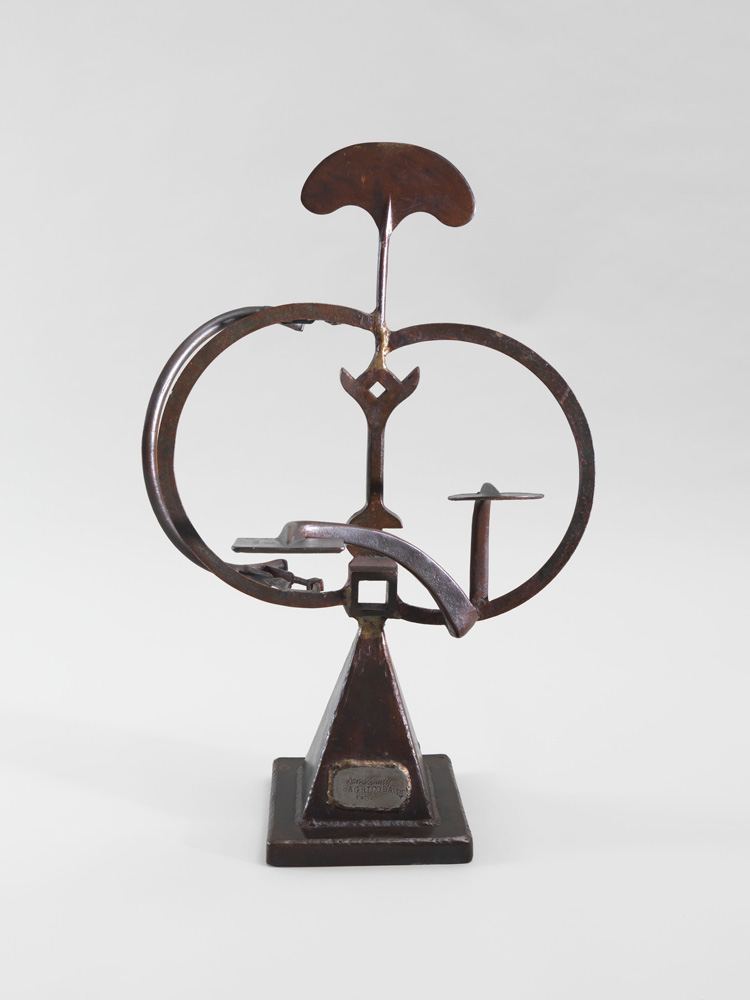 Among the recognisable elements in works such as Agricola VIII (1952) are tractor pedals and stirrups, though the majority are unidentifiable. This is especially true of Smith’s Hanging Sculptures, a series of welded abstract works made from scrap metal; suspended from slender threads, these lyrical compositions bring a distinctly rural twist to Alexander Calder’s concept of the mobile. 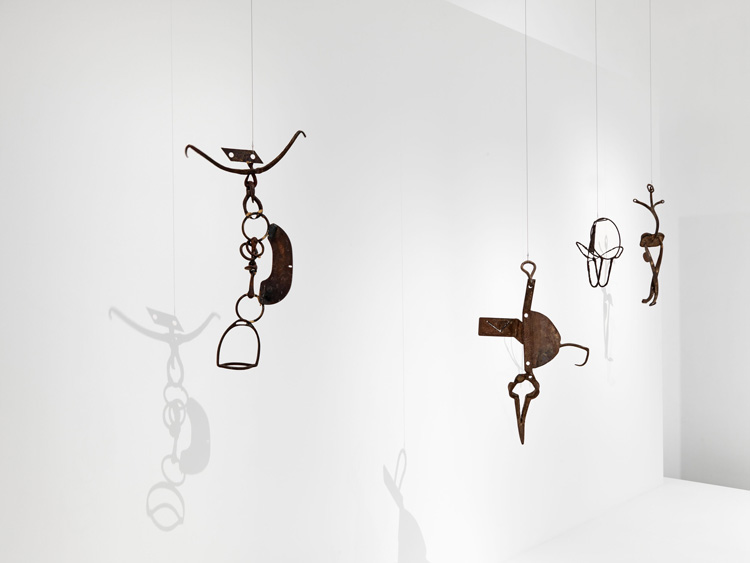 Smith learned to weld at the Studebaker car factory in South Bend, Indiana – a summer job in 1925 that proved formative, sparking a lifelong enthusiasm for industrial materials and techniques. In 1957, he began a distinctive new line of paintings that employed enamel spray paints similar to those used by car manufacturers. Inspired by the blow-torched silhouettes that were left on his whitewashed studio floor after welding sessions, Smith began assembling found objects on paper or canvas before spraying them with paint from aerosol cans. The removed objects left ghostly voids – negative spaces that recall the photograms of Man Ray. 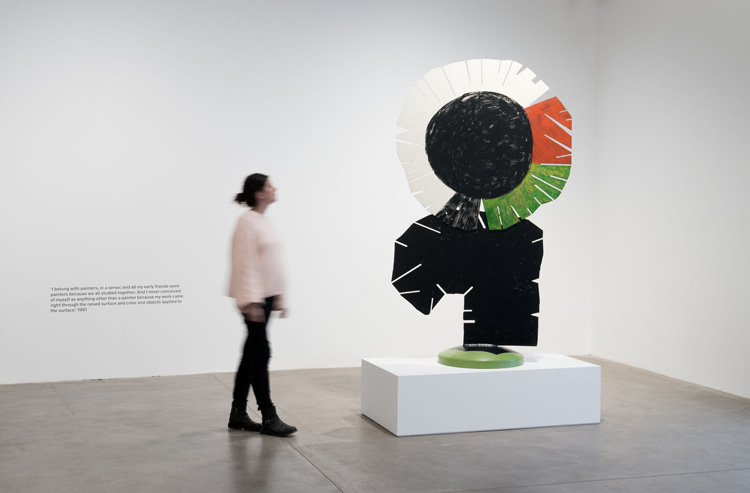 Many of Smith’s untitled spray paintings contain geometric shapes coloured with spatters of red, black or blue paint. Other, more involved canvases venture into painterly territory with bold forms embellished by brush marks. These are echoed by Smith’s last painted sculptures, such as the nearby Rebecca Circle (1961), a large, flower-like construction cut from steel sheets and coloured red, green and yellow. Seeing these pieces displayed together not only reveals how different bodies of work informed each other, but how freely Smith moved between mediums.

From a contemporary vantage point, it is easy to overlook the innovative nature of Smith’s hand-painted polychrome sculptures, which destabilised the rigid distinctions between disciplines. As he stated in a 1952 lecture: “I do not recognise the limits where painting ends and sculpture begins.” Deflating the dominant mantra of “truth to material”, this radical approach also applied to the relationship between drawing and sculpture. Take, for instance, the free-standing Steel Drawing II (1945), a small plinth-bound work for which Smith used a steel cutter to incise loose, geometric designs into the metal. 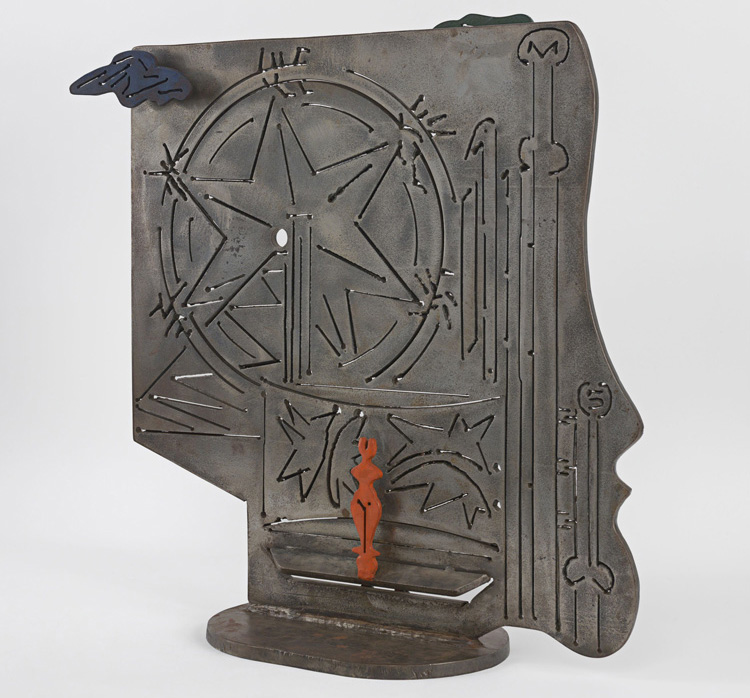 Such innovations abound throughout the exhibition, but although the focus on lesser-known aspects of Smith’s practice provides illuminating insights into his development as an artist, there are notable omissions, which leave the show feeling incomplete. Conspicuous by their absence are Smith’s outdoor sculptures. With the majority residing in American collections, it is no small feat to bring them to Europe (nevertheless, several are currently on show at Yorkshire Sculpture Park). Moreover, many are now too fragile to be shown outside, which leaves little scope for curators. Sited in Hauser & Wirth’s Piet Oudolf-designed garden, a solitary untitled sculpture comprises four stark white planar sections set perpendicular to one other. The tall structure encourages circumnavigation and, as you move, its forms appear to shift while circular holes punctuating its surface frame the garden in unexpected ways.

Smith designed these late sculptures to be seen in the landscape and, at the time of his death, there were almost 90 standing in the fields of Bolton Landing. It is ironic, then, that an exhibition titled Field Work contains just one of these open-air works. Conservation may insist that the artist’s original vision be compromised, but this has allowed other aspects of his oeuvre to come to the fore. Smith was undoubtedly one of America’s most innovative sculptors – the evidence here confirms he was much more besides.