Gathering together constellations of objects and artworks, the Danish artist’s largest UK exhibition thrives on real and imaginary connections 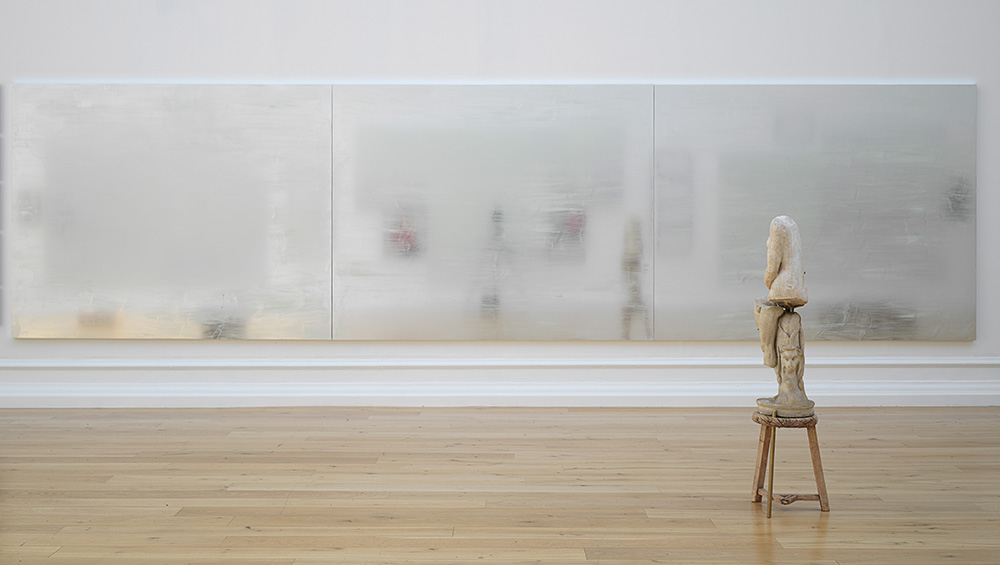 There are a lot of things in Untitled, the exhibition at the South London Gallery (SLG) of Danish artist Danh Vo (b1975, Vietnam), his largest in Britain to date. On entering the institution’s skylit main hall, you will find paintings, photographs, calligraphic drawings, sculptures and daybeds. Across the road, at the SLG’s recently opened Fire Station outbuilding, he has clad the walls of one chamber in timber and sheathed another in wallpaper, on which hangs a seemingly miscellaneous set of objects and artwork. Upstairs, one room is bare but for a single sculpture; another is arranged as a mini-exhibition, with pieces by, among others, Julie Ault, Félix González-Torres, Nancy Spero and Rebecca Horn. 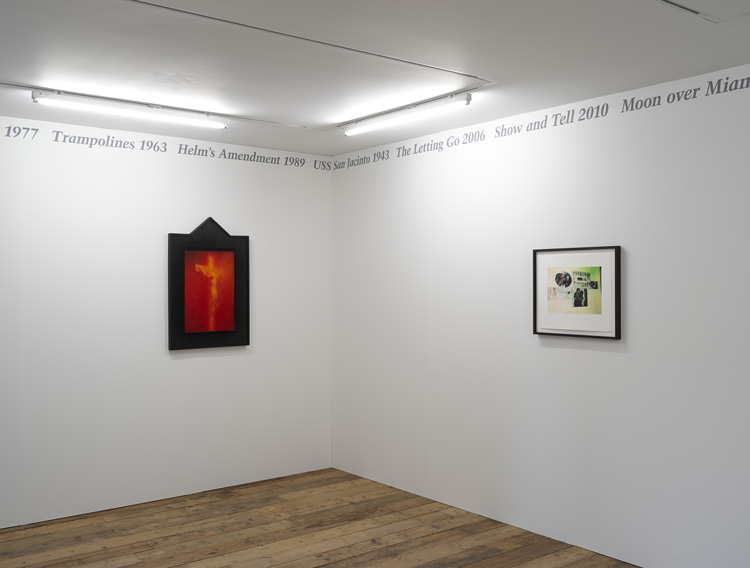 There are a lot of things in Untitled, but only a handful of them originate from Vo himself. He works through collection and collaboration, collating artworks, objects and documents from the past. This is an exhibition that comes accompanied by a glossary containing capsule biographies of 23 participants, living and dead. Vo summons them all together, in arrangements that can sometimes feel a little bewildering. 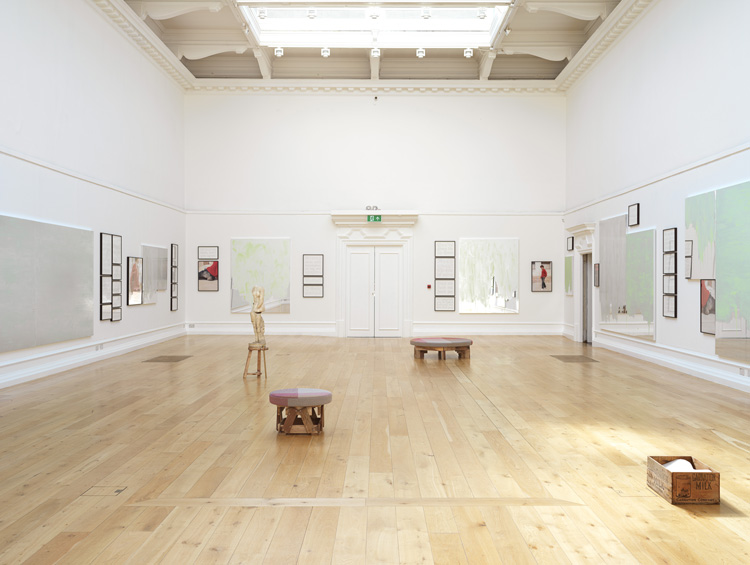 Take the central hall. The paintings here – ectoplasmic abstracts on mirrors, their paint sticky like the vomit of a ghost – are the work of Peter Bonde, Vo’s erstwhile painting teacher at the Royal Danish Academy of Fine Arts (“I strongly recommend,” wrote Bonde of Vo when he was a student, “he quit painting”). The photographs were taken by Vo’s partner, Heinz Peter Knes, and show Vo’s teenage nephew, Gustav, playing around in dirt and adopting suggestive poses. And the calligraphy – you might start to notice a trend here – is written out by Vo’s father, Phung Vo. Each is a quote, in hollowed-out gothic script, from William Friedkin’s 1973 horror film The Exorcist.

Vo has hung these three bodies of work around the gallery’s late-Victorian halls in an eclectic array of patterns. Sometimes works are stacked up, sometimes left alone. On one wall, three of Bonde’s paintings form a triptych, which would look like half of a crucifix were it not for two of Knes’s photographs snuggled tightly next to them. The abundance on the walls contrasts with the sparseness of the floor, which features a daybed and two small sculptures, credited to Vo. These are Untitled (2018), for which Vo has grafted together, with brass fittings, chunks of ancient sculptures of Venus and a satyr and placed them on a stool, and Lick Me, Lick Me (2015), in which the marble torso of Apollo is stored within a Nestlé Carnation Milk crate, which Vo bought on eBay. 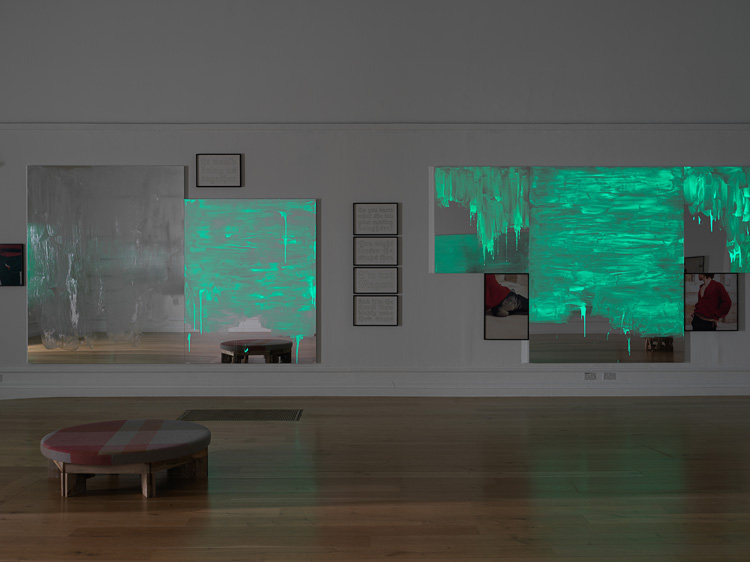 All these pieces are individually striking, but it is in juxtaposition that they start to spark. The air is thick with associations. Vo’s practice is one of connections, some hidden and others overt. Lick Me, Lick Me is named for another Exorcistquote, while the religiosity of the arrangements on the walls serves as a defence against that film’s diabolical antagonist. The sculpture Untitled fuses two classical figures associated respectively with romantic love and lascivious hedonism; Knes’s eroticised photos echo this concern, while Bonde’s slimy paintings call to mind certain bodily fluids. And aren’t they, in their post-action painting violence, themselves a form of exorcism?

Sometimes it becomes difficult to tease out the different layers of an object. There are two daybeds, both assembled for Vo following the Italian designer Enzo Mari’s 1974 instructions for open source furniture and upholstered in the Danish designer Nanna Ditzel’s Hallingdal 65, a popular textile recognisable in everything from train seating to luxury design. It was built from walnut wood on the site of an organic farm in California owned by Craig McNamara, son of the Robert McNamara, the US secretary of defense  from 1961-68, whose decrees fuelled the horrors of the Vietnam war. What connects Mari, Ditzel and the McNamaras? Here, Vo leaves you wondering, although not with displeasure.

Business is clearer over in the Fire Station, where Vietnam also casts a heavy shadow. The walls of a ground-floor gallery are sheathed in more walnut wood, also from McNamara’s orchard (McNamara gifted Vo the wood from 10 hectares), and serve to exhibit photographs by another acquaintance of Vo’s, Dr Joseph M Carrier, a counterinsurgency specialist in Vietnam in the 60s and early 70s. Taken in Vietnam during the war, they depict young men in moments of intimacy. By representing them, Vo signals the voyeurism of Carrier’s western gaze, which sexualises Vietnamese culture. It also projects an idealised vision of life in Vietnam, a possibility that Vo lost aged four when his family left the country on a self-built boat, before being picked up by a Danish vessel. 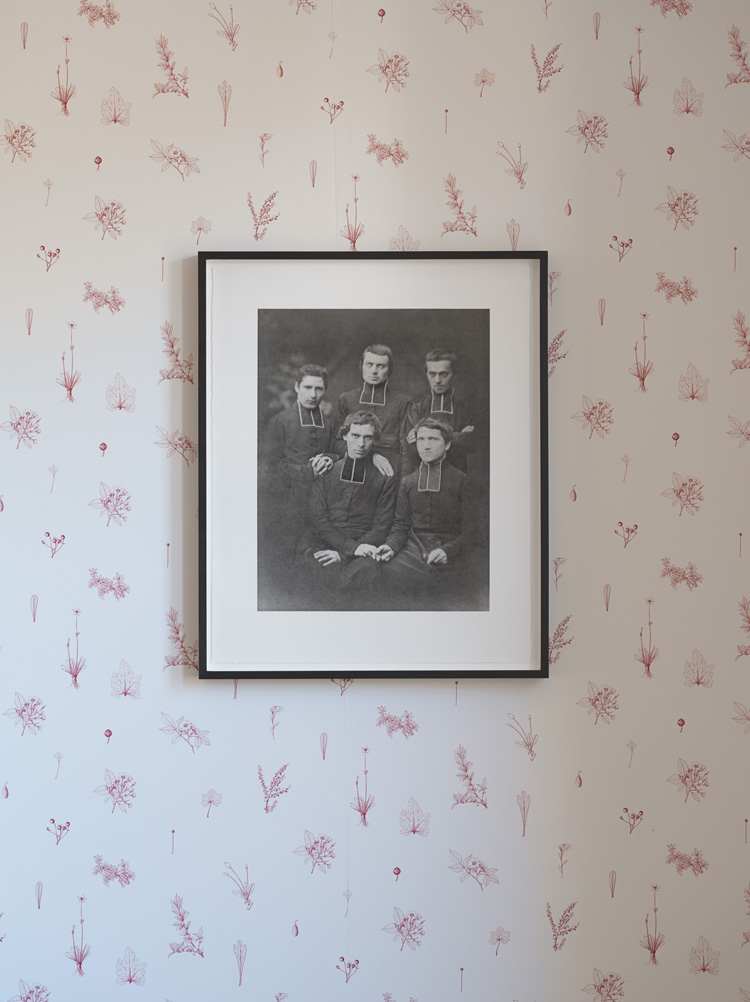 The room above goes back further in time. Here, 2.2.1861 (2009-), produced in edition by Vo and his father, is a copy of the final letter sent by Jean-Théophane Vénard, a French Catholic missionary to Vietnam, on the day of his execution, celebrating God and the “slight sabre cut [that] will separate my head from my body”. It sits near a copy of a 19th-century silk painting (2017) depicting another Catholic missionary to Vietnam, Jean-Charles Cornay, being gorily dismembered and a photograph showing Vénard with four of his colleagues, which Vo has named Bye Bye (2010).

All hang on a wallpaper, printed by Vo in 2009, with drawings of flowers that were catalogued in Tibet and China by yet another executed missionary, Jean-André Soulié. The plants are the colour of dried blood. Vo uncovers these snapshots of colonial history and teases out their correspondences. He indicates how people are shaped by documents and representations – and how socio-historical narratives can lie beneath even the most unassuming of objects. 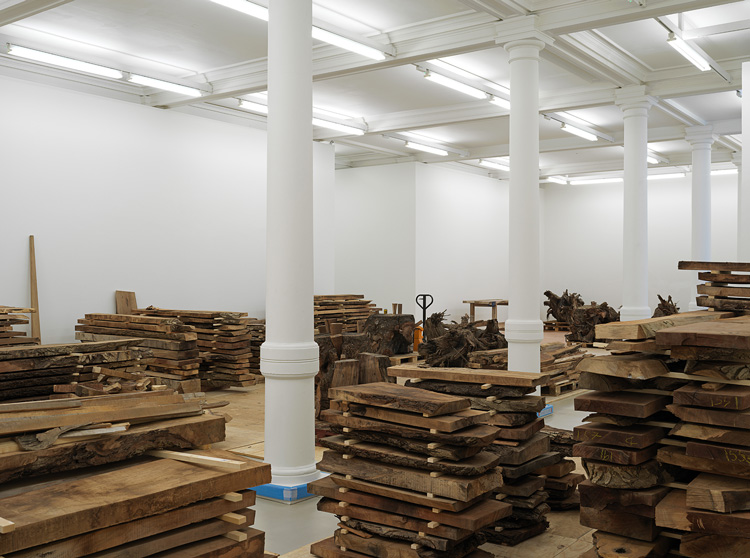 Concurrently to Untitled, Vo exhibited this process on a grander scale at Marian Goodman Gallery in Soho. Cathedral Block Prayer Stage Gun Stock (18 September – 1 November 2019) comprised a vast, and very pungent, installation of McNamara’s timber, which spanned two floors. Some of the wood was presented as unprocessed chunks of tree, some as planks. Upstairs, a carpentry workshop transformed the wood into table supports, boards and representations of the US flag. Unlike the neat, clean arrangements at SLG, here the timber filled every inch of available space, turning the gallery into something of a warehouse. 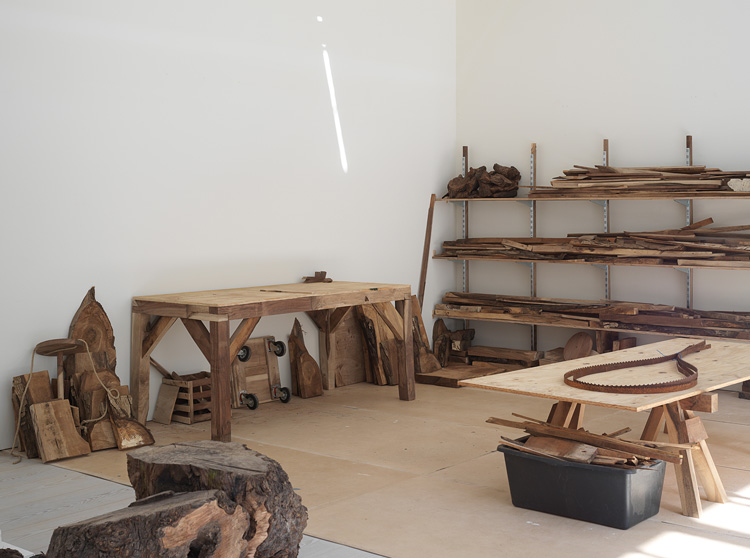 Before McNamara bought the land on which the walnut trees once stood, they were used in the production of gun stocks. By transforming the wood, Vo is exorcising this violence, as well as that of the conflict fuelled by McNamara’s father. And the process of turning this knotty, thorny material into something else parallels Vo’s wider reshaping of personal and public stories in ways that throw out new possibilities. “When you examine the present,” Vo writes in the gallery text for Untitled, “you must understand the past: the past that has identified your own present. I also believe you must look into the future.” His work in London this autumn more than fulfils this approach. 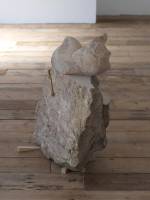 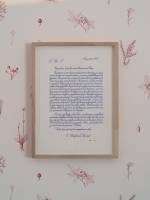 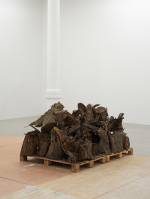