The focus of this exhibition, with work by canonical American and European artists, is less on the art itself and more on being inclusive for all those who visit to enjoy it. As one of the curators says: “Disability does not mean having a different cultural experience” 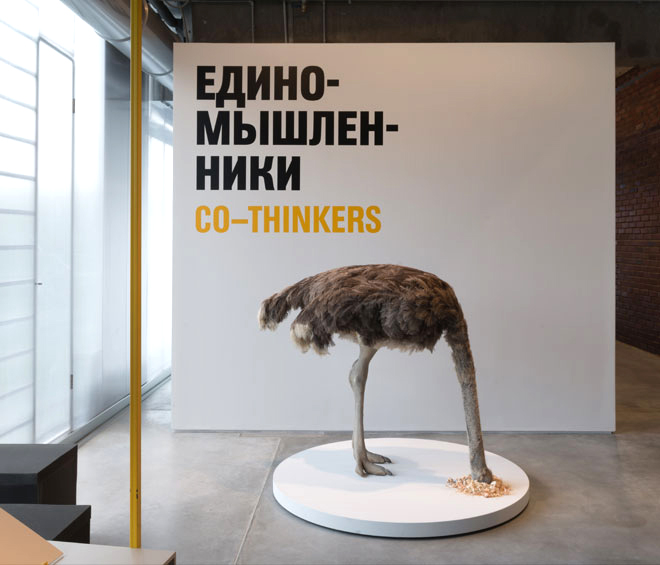 Co-thinkers does not fit a normative definition of an exhibition. It stands out not so much because of the individual works on view, but because of the process by which these works were selected. The show was organised by the Garage Museum of Contemporary Art, locally known simply as Garage, in full cooperation with its inclusive projects department, which is dedicated to working with people with disabilities. Co-thinkers are actor, singer and wheelchair dancer Evgeny Lyapin, deaf screenwriter and film-maker Polina Sineva, Elena Fedoseeva, who is visually impaired and works as massage nurse at a children’s hospital and teaches courses on sociocultural rehabilitation of people who are deaf and blind, and Elizaveta Morozova, who has Asperger syndrome, and is active in campaigning for the rights of those with autism.  These four young people took an active part in curating the exhibition, from the selection of works, to discussing the processes of every aspect of the exhibition preparation, to giving tours. Working under the guidance of Garage curator Anastasia Mityushina and inclusive projects coordinator Maria Sarycheva, Co-thinkers selected 18 works by 16 canonical American and European artists  from private collections in Moscow, including Robert Rauschenberg, Ed Ruscha, Rosemarie Trockel, Cindy Sherman, James Turrell and Barbara Kruger, among others. By shifting attention from the artwork to the different types of viewers to whom this artwork is made available, Garage is redefining the notion of the museum by emphasising its educational function and the accessibility of the aesthetic experience.

Garage is a placе that can afford to think outside the box. Founded in 2008 from the maze of the perestroika years as the Garage Center for Contemporary Culture, by philanthropist Dasha Zhukova and her husband, the billionaire Roman Abramovich, it tied its origins to the ambitious embrace of aesthetic excellence and fiscal independence from governmental bureaucracy. First located in the Bakhmetevsky Garage in Moscow, a former bus depot built in the 1920s by constructivist architect Konstantin Melnikov and the structural engineer Vladimir Shukhov, Garage arranged exhibitions of well-known contemporary artists from Russia and the west, intermingling them with group shows, biennials and performance festivals. Gradually, it expanded its outreach to the surrounding community and, a year before moving to its new building in Gorky Park, it became a “museum”, reflecting its changing identity as a place that “not only presents, but also creates culture”.1 Last June, Garage moved to a late-1960s modernist building, a former restaurant called Seasons of the Year, redesigned for the occasion by Dutch architect Rem Koolhaas. As this exhibition demonstrates, this move marks a new era in the history of the institution.

The works in Co-thinkers – paintings, sculptures and installations – are installed sparingly, allowing for wheelchairs and other accommodations for people with disabilities. Each artwork is equipped with a station for visitors containing explanatory material that would be unusual in any other exhibition – a small tactile model of the work, along with special audio commentary for people with visual impairment and a video with a commentary in sign language for deaf people. A few objects are accompanied by a short text written by a co-thinker, relating his or her impressions about the work. For example, Sineva, who has been deaf since childhood, commented on the first object in the exhibition, Italian artist Maurizio Cattelan’s sculpture Ostrich(1997). Writing about the film that introduced her to ostriches, Wings, Legs and Tails [a 1986 Soviet animation by Aleksandr Tatarskiy about an ostrich learning to fly; a fable for children about limitations and abilities], Sineva tells us about her impressions of the image exemplified by Cattelan’s work: a powerful creature who, when in danger, does not fight or run away, but buries its head in the ground. Sineva concludes that for her: “The ostrich’s pose symbolises an escape from reality that, in fact, never happens [because] you imagine running away to safety, but in reality you are standing right where you started.” Wunderkind Lyapin, who uses a wheelchair, wrote a poetic text about British painter Cecily Brown’s expressionist abstraction Suddenly Last Summer (1999) and a philosophical reflection on Antony Gormley’s sculpture Lever (2008). Fedoseeva, who is blind, describes her impressions of Dutch artist Melvin Moti’s video installation No Show (2004). The work was inspired by a story from Daniil Granin and Ales Adamovich’s A Book of the Blockade (1983) about a guide in The Hermitage during the second world war who led excursions for soldiers in museum halls from which all objects had been moved away to safety. Fedoseeva chose this work not only because of the inspiring and captivating story, but also because of its relevance to her particular disability. “I am sure that every viewer will believe that they have actually seen the paintings concerned, even though one can only hear them being described by an extremely talented guide,” she writes. Were it not for personal revelations of co-thinkers about the nature of their disability, visitors would not be able to guess what it might be. Apart from their short biographies in the exhibition brochure and at the entrance to the exhibition, there is no indication of their impairment.

Sarycheva explained that the co-thinkers were chosen from members who visited the department’s education programme regularly or worked with the museum staff on disability issues. The idea of an exhibition that would be made by and for people with disabilities arose after the department staff realised that, no matter how well they worked, their clientele were still isolated from other museum visitors. They decided to make art the basis on which they could create a structure that would include people whose interests are not taken as a norm. As Sarycheva put it: “We wanted to show that, with a disabled person, we could discuss things other than his or her condition” and that “disability does not mean having a different cultural experience.” The curators invited people with various forms of disability to demonstrate the difference in the perception of material. For people with visual impairments, for example, guides use the “tiflo commentary,”[audio description] a very dry, detailed description not only of the image, but also of the physical characteristics of the work, including its size, materials, and condition. It is a learning experience to pick up the headphones and listen to such a description, since many visual details escape the distracted gaze of a museum visitor who does not consider himself challenged in any way. A dark relaxation room for visitors with extreme sensory excitation, gestural commentaries for deaf people, and accessibility ramps for wheelchairs hardly exhaust all types of accommodations that disabled people need in order to feel included. An excerpt from Sineva’s correspondence made public in a wall text near the end of the show makes clear the doubt plaguing co-thinkers: “Maybe this exhibition is an open question? Can we become co-thinkers out of choice after society has stigmatised us all – with all our differences – as disabled? Is there even such a thing as co-thinking?”

This question remains open, as Sarycheva and her department conduct educational seminars for employees of Garage and other museums, and share their experience by attending training programmes and conferences about including the interests of visitors with disabilities into museums’ public programming agendas. Co-thinkers is only the beginning of inclusive projects’ active participation in the museum’s public programme, which, apart from exhibitions, can contain discussions, film screenings, performances and other public events.

Reference
1. Quotation in a wall text at the Garage Museum of Contemporary Art. 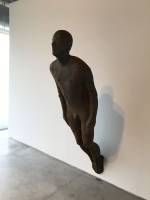 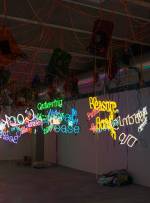 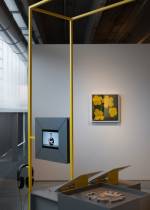 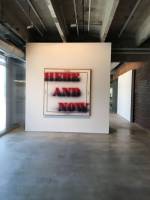 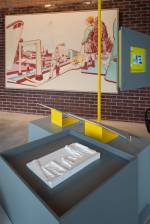 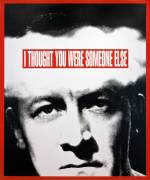