Christian Thompson interview: ‘My work does not need to be read through the optical lens of my race’

Christian Thompson interview: ‘My work does not need to be read through the optical lens of my race’

Christian Andrew William Bumbarra Thompson (born 1978) belongs to the Bidjara Indigenous people of central South West Queensland, Australia; his mother is of British heritage. Thompson has established an international career and now lives and works in the UK. In 2010, he won a scholarship to the University of Oxford, becoming one of the first two Australian Aboriginal students to study there.

Janet McKenzie: Christian, you were born in South Australia, travelled extensively with your family while growing up, but consider your home to be in Queensland, where your great-great-great-grandfather was a senior tribesman of the Bidjara people. Can you describe your childhood and your family’s way of life?

Christian Thompson: I grew up in the Royal Australian Air Force. In hindsight, though, I had quite a bohemian existence. We grew up surrounded by many of my father’s friends, who were also Aboriginal, and their families, who included people from Italy, India, Indonesia and Malaysia. So we existed in this little multicultural enclave inside the military. It was a unique way to grow up. At the time, it was hard to leave friends and be uprooted, but we saw so much of the country, met so many people, and adaptation was a way of life. It has served me well as an artist. We spent most of our holidays, Christmas and Easter, in Barcaldine in South West Queensland, where my father is from, and we always referred to it as “home”. We would tell people: “Oh, we are going out home to see our family.” The Thompson family has been in that town for more than 100 years and our traditional country is not far away and we have been there for thousands of years. We spent weeks on end in the bush with my great aunts and cousins; we would just take flour, water and salt. We had a very traditional Aboriginal upbringing and many of our traditional customs are still intact. I now realise how rare this is and I am very thankful to my family for instilling in us such pride in our roots.

JMcK: What led you to choose study art? Where did you study?

CT: There are many artists in my family on both sides. My paternal grandfather was a painter, my mother dabbled in ceramics, my dad is a great illustrator and plays guitar, my older brother plays classical guitar, my cousin is an amazing hyperrealist painter and my mum’s sister is as painter as well, so a grew up surrounded by creative people. It’s in our blood. I knew I wanted to do something creative. When I was about 16, my art teacher, Kim Betros, said: “I think you are very talented and could have a career as an artist.” It only took a little nudge. We are still friends to this day. My family was very supportive and put me forward for different competitions and prizes.

JMcK: Your art practice centres on photography, video and performance. Given the spectacular development of Australian Aboriginal art as a cultural force, and with potentially great commercial success, were you tempted to use Indigenous methods of art production and become a painter?

CT: No, not really. I can paint and draw, but my ideas come to me so quickly that it is a case of finding the right medium to embody the idea. I think video and photography were the media of my time; I grew up in the 1990s, so we were all about culture-jamming and mixing things up.

JMcK: Music is a vital force in the development of your work: classical music, Indigenous ritual and punk music. Can you explain how performance and music interacted in your early work?

CT: I spent most of my teenage years frequenting alternative music festivals in Australia. I was obsessed with Riot Grrrl bands such as Bikini Kill, Bratmobile, Red Aunts, Cold Cold Hearts, Huggy Bear and other bands such as Hole, Babes in Toyland and Lunachicks, and female vocalists such as Tori Amos, PJ Harvey and Björk. I mean the list could go on and on. I guess I was a little feminist and now I’m just a bigger one. I was also in bands. I had a band in Melbourne called Red Knight Night and we played all over the place, under bridges, at gay bars and parties. My work has always been performance-based but I was shy – I didn’t want to be out the front. Over the years, I have become more comfortable with my own image: in fact, I don’t really see them as myself, they are more an idea at a particular time. In the beginning, I made sculptures and wore them, and took photos of myself wearing them, then I made videos, then live performance and now sound and music.

JMcK: Can you describe your work that was included in the 2010 17th Biennale of Sydney, The Beauty of Distance – Songs of Survival in a Precarious Age?

CT: I was invited by [the biennale’s artistic director] David Elliott to be part of the show. At the time, I was living in Amsterdam studying for a master’s of theatre at DasArts [DasArts is a master’s degree course within the Theatre School of the Amsterdam School of Arts]. I lived near the opera and was also taking opera singing lessons. The vocalist in Gamu Mambu (Blood Song) is my singing instructor and she is a baroque opera singer. I was writing my own songs in Bidjara, our traditional language, which is endangered. My father is one of only a handful of people who still have a command of it. So I gave her my Bidjara pop song and asked her to do a baroque version. I really think of it as a kind of portrait because it engages all these elements that were part of my life at that time. A motivation behind the work was to introduce our language back into the popular culture through music, which is so infectious and it really works. I heard people on Cockatoo Island during the biennale humming the melody and it was considered to be the signature work by one of the major reviewers.

JMcK: You have had residencies in Arizona and Amsterdam. What has the impact of your international experience as an artist been, both in terms of your work and your sense of identity?

CT: I have a worldview now. I think of how my work fits into a world context. I have been educated in the Netherlands and in England. A third of my life experiences and memories are attached to Europe. There was a generation of artists in America and England who considered themselves post-black – Yinka Shonibare, Renée Green, et al. I think of myself in the same way from an Australian point of view. My work does not need to be read through the optical lens of my race, although it can be framed in that way. My work is about lots of things, kinship, belonging, and place: universal ideas that we all have a yearning for, or are grappling with. I needed to leave Australia to grow: I knew that instinctively, I needed to find the artist I wanted to be and that involved going outside so I could look in.

JMcK: Your mother’s family is of British descent? Did that play a part in your applying to study at Oxford, at the Ruskin School of Art?

CT: Yes. My mother’s family is originally from south London and Bampton, just outside Oxford. I grew up surrounded by British television, The Kenny Everett Video Show, Some Mother Do ’Ave ’ Em, Are You Being Served? and Doctor Who. The more recent generations [in Australia] are more influenced by American culture. I really looked to England for everything, and had older cousins who lived in London. The solo performance I produced in Amsterdam titled Tree of Knowledge is partly about my desire to move to London. It just so happened that I applied for the Charlie Perkins’ Scholarship and was accepted into Oxford, so the universe has its own way of making these things happen. I felt as if I would make more sense in England and wanted to connect to my maternal heritage.

JMcK: Can you describe the work that was included in the Royal Academy exhibition last year?

CT: The work was titled Dead As A Door Nail (2009), and it was from my Lost Together series. It was inspired in part by the work of [the Australian painter] Frederick McCubbin [1855-1917]. I recreated this camping scene from one of his paintings, but in a forest in Amsterdam. It was one of the first bodies of work I had made outside Australia and I wanted to employ the formality of the Dutch landscape as a backdrop for the works. The Lost Together series was about living in Europe, looking out into the world and exploring.  So I utilised my memories of Australia through the eyes of McCubbin, but as a young Bidjara man exploring the new frontier of Europe. That is a really special series for me; I look back on it with fondness because it represents an exciting and challenging time in my life. The work was formulated through the visual filter of Amsterdam and has a hedonistic and menacing quality. Isaac, the character in the painting, appears throughout the series – the works seemed just to emerge.

JMcK: Was it surprising or depressing to read the terrible reviews in the British press of Australia [at the Royal Academy, London in 2013], since they showed so little awareness of the manner in which Australia as a nation and as a culture has evolved?

CT: Not really: as Australians we love to slam things, the tall poppy syndrome at its best. The British response, I felt, was lazy and not researched. Some of the reviewers clearly had no interest in Australia, our history or our art, and couldn’t be bothered learning. I took colleagues through the show the whole time it was on and it had an amazing attendance and people where excited and engaged. I even discovered new things I would never have seen had I viewed the show at home, so I learned more about my own art history, which was wonderful.

JMcK: What are you working on at Oxford?

CT: I just submitted my thesis and am now preparing for my viva and graduation exhibition. 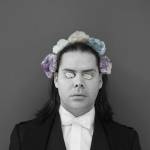 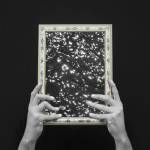 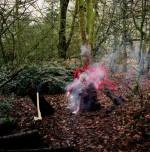 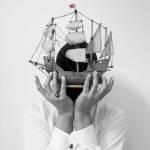 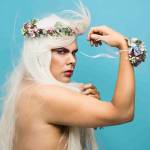