What is it to perceive time? For some, to be temporally aware is to observe the changes in states or objects; to observe, say, the putrefaction of a peach, or the oxidization of a piece of iron 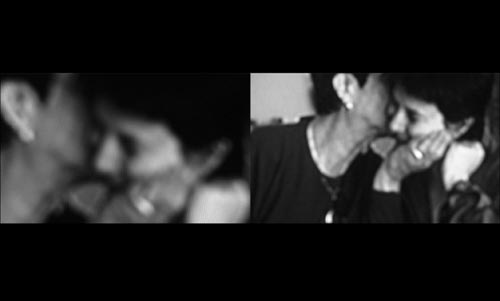 Chantal Akerman, To Walk Next to One's Shoelaces in an Empty Fridge, 2004. © the Artist. Courtesy Marian Goodman Gallery, New York/Paris

We can speak of the decay of a sound, as when one observes the diminishing organ note played in a resonant cathedral. However, it is harder to speak of a passage of time when something appears changeless or stationary, as when, for example, we hear the continuous pitch of the air conditioning system. There are those, who question what it means for us to perceive duration and whether a succession of notes, when that succession is itself lengthy, as in the case of Morton Feldman's later work, can sustain the idea of time. Others, William James for example, warn us against conflating a succession of feelings with the feeling of succession.

In film, we find the temporal conundrums no less difficult to untangle. David Lynch, in his 'Lost Highway', had the filmic narrative bend round on itself, so that its end becomes that of the beginning; and in Michael Snow's 'La Région Centrale', movement and time are accentuated through the use of a specially-made mechanical camera. 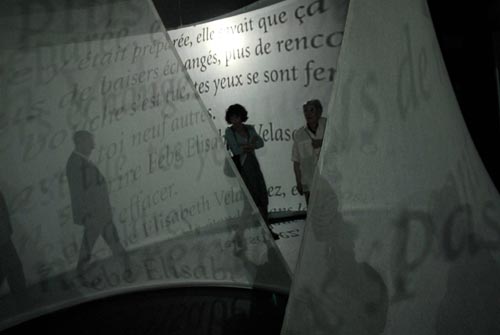 Like Michael Snow's work, Chantal Akerman's films, currently showing at the Camden Arts Centre, explore the nature of movement, of time and of frank, deliberate stillness. Much of Akerman's work is about observation, whether it is the observation of hotel corridors, or of the way both artificial and natural light reflects off walls or of the way smoke billows upward forming spirals in the air.

In 'Hotel Monterey' (1972) the camera becomes an unblinking eye, cool and silent. Its gaze is unrelenting, and as the viewer you often feel as though you are suspended in a weightless limbo. Sometimes, when the camera points towards a corridor or focuses on the doors of an elevator, it will remain motionless for nearly ten minutes. The only movement detected is the movement of dust particles on the surface of the film itself.

'Hotel Monterey' appears to represent the dissection of a place; for the viewer sees different parts of the interior of the hotel, but never the means of connecting the parts. In this way, the viewer builds a picture of the place, piece by piece. When Akerman studies the hotel's many corridors, she uses the camera's movement in a deliberate and meticulous way, as if it were a lung, moving in and out, again and again, in order that the viewer comes to appreciate the nuances of light and shadow, the differences between the corridor under artificial and natural light, and the way the outside cityscape imprints itself on the interior: the way the emulsioned walls reflect the lights of the nearby tenement block at night. 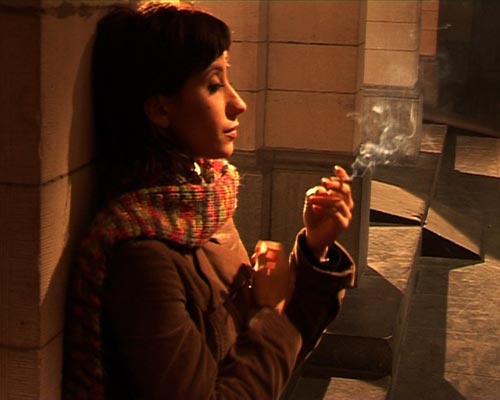 When movement does occur in the film, it is something controlled, as when the camera focusing on the elevator doors captures their opening and closing, when shadowy figures emerge, when the blue light of the elevator's interior is shown flickering through one of the circular glass windows on the doors as it passes by. All these events are seen as animated moments, they can be thought of as indices for the passing of time.

Reflection plays a dominant role in this film, and Akerman's use of it involves a subtle interplay between the reflective and filmic image. In a scene depicting the hotel's lobby, there are two large gilt mirrors of an Art Deco style flanking the elevator doors, which become the means for reflecting activities (persons talking or moving through the lobby) occurring off camera. In fact, for a time the only sign of life is by virtue of these reflections. Only twice does the viewer see a person walking in front of the camera, and it is then that one is aware of that person's image in the mirror, and of the intersection between his reflection and his presence on camera.

In 'To Walk Next to One's Shoelaces in an Empty Fridge' (2004), Akerman splits the screen in two, so that the viewer sees a double image, that of Akerman and her mother. Unlike 'Hotel Monterey', whose arresting imagery is rendered more significant by the lack of a soundtrack, this film champions the spoken word: her mother's recollection of her wartime experiences and her liberation from Auschwitz, her maternal Grandmother's diary, her thoughts about her father and his comments on seeing Akerman's films on TV for the first time. Words bind mother and daughter together, and they are set in sharp relief against the backdrop of the visual image, which remains an unfocused array of monochromatic shapes. Suspended in front of the film is a rectangle of white gauze, which at its centre is imprinted with text. In the adjacent room, words are projected onto two curved walls of semi-translucent gauze. As the sentences move, one after another, reflections of the words magnified can be seen on the walls behind. For the viewer, to be at the centre of this installation is to be swimming in words and meaning, and perhaps more importantly, to be captured by the enigmatic quality of Akerman's work.