Bruce Nauman’s work explores language and perception in a manner that is at times irksome or troubling, or both, but it is worth the effort 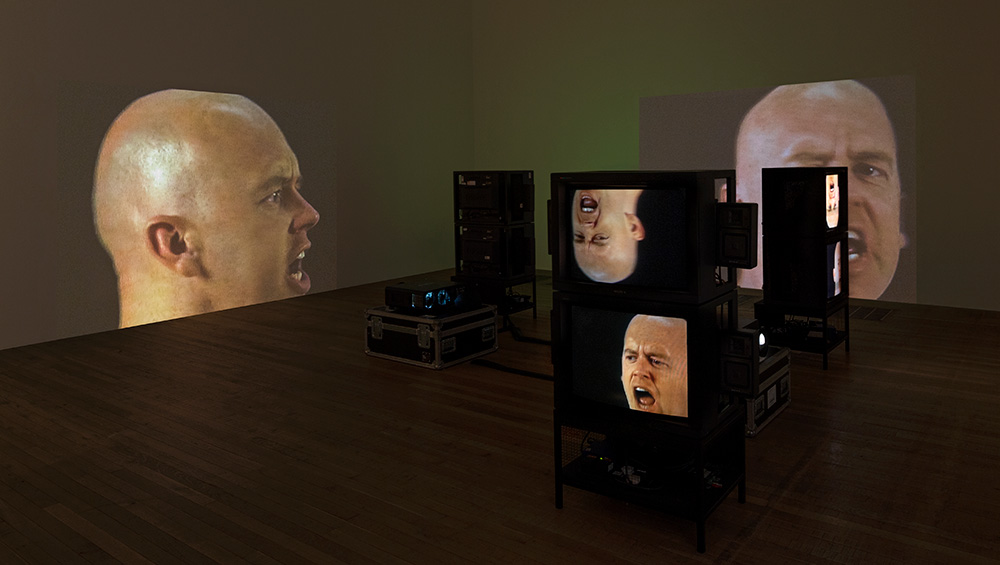 This exhibition of the American artist Bruce Nauman is disturbing and irritating, but that is the point. It is the first opportunity to see the full extent of his output in London for more than 20 years, so it is worth visiting for that reason alone. He has been creating challenging art for 50 years and this exhibition of more than 40 works is certainly a testing experience. It tests us physically and psychologically as Nauman explores language and perception in a manner that is at times irksome or troubling, or both. It is discombobulating and deliberately so. 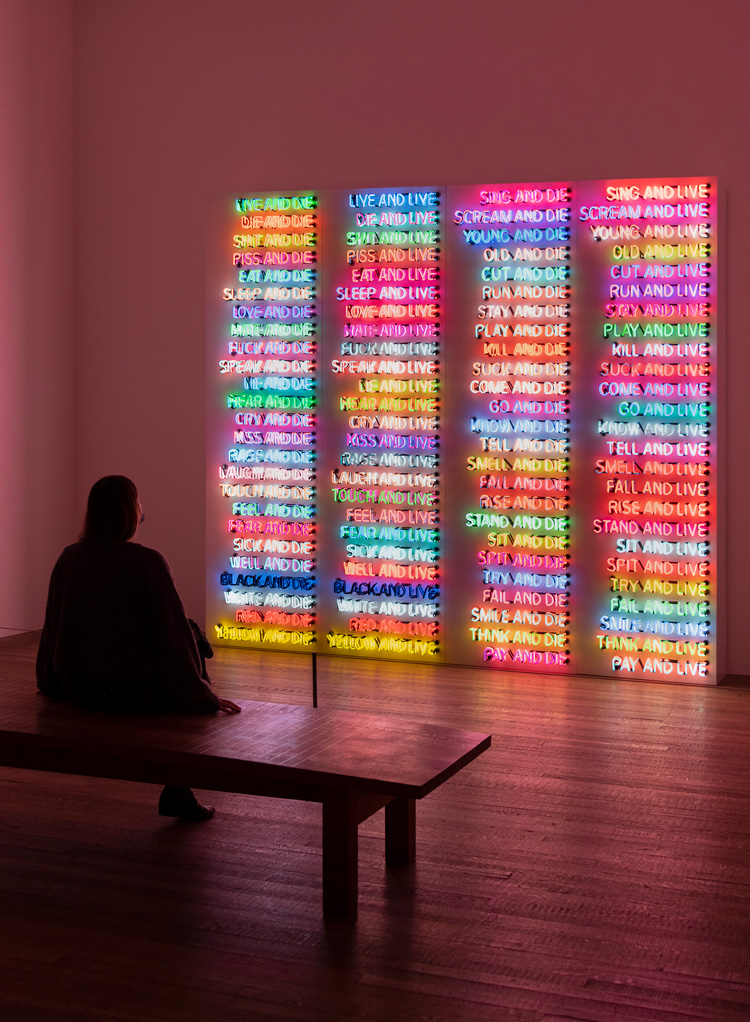 Through sculpture, sound, film, video and neon, Nauman’s work challenges what art can be while simultaneously questioning the instantaneous nature of screen-based entertainment and information. His immersive installations require a more prolonged engagement from the viewer, even if their more irritating aspects simultaneously find us running for the exit. In the end, it is that odd tension between these two things – a push and pull – that keeps us looking and listening and trying to understand.

The exhibition begins by addressing the significance of the studio for Nauman’s work, at either end of his career. It may seem obvious that the studio is important to the artist, but what these galleries do is to show how that importance is reflected in the work itself. In Mapping the Studio II With Color Shift, Flip, Flop & Flip/Flop (Fat Chance John Cage) (2001), Nauman turns the world upside down, literally. Seven video projections fill the space with images filmed in Nauman’s studio in New Mexico at night over a period of weeks. Images are flipped and flopped (as the title suggests) and the small movements of insects or mice become significant in an otherwise banal scene. In a nod to John Cage (also in the title), there is silence, but it is never total. His studio is a place of safety for Nauman. As he says: “It helps me to have a sense of place and security to go in the studio, because that’s the place where you make yourself insecure.” 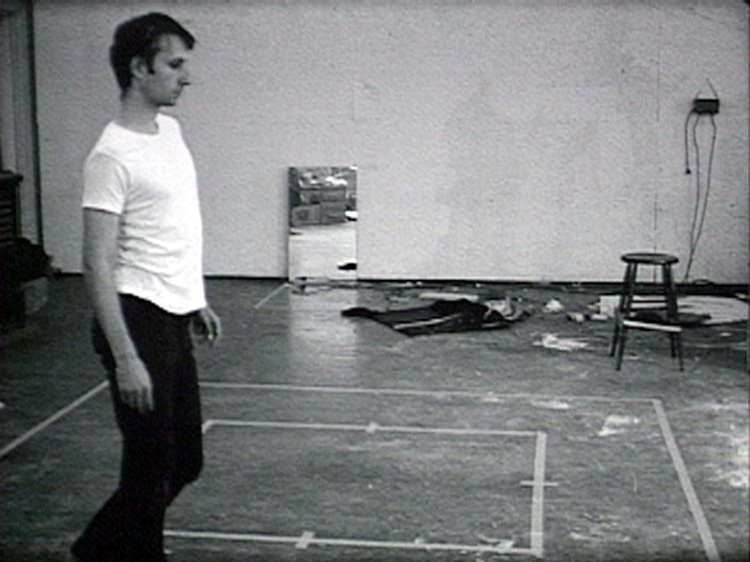 Nauman’s early works reference the studio, too. He says: “[If] I was an artist and I was in the studio, then whatever I was doing in the studio must be art.” What, therefore, was he making at that time? He was making films, sculptures and neon pieces. Films such as Walking in an Exaggerated Manner Around the Perimeter of a Square (1967­-8) and Walk With Contrapposto (1968) draw attention to the artist’s body and, in the latter work, Nauman links his contemporary practice to Greek sculpture, giving his performance a perhaps unexpected historical context. 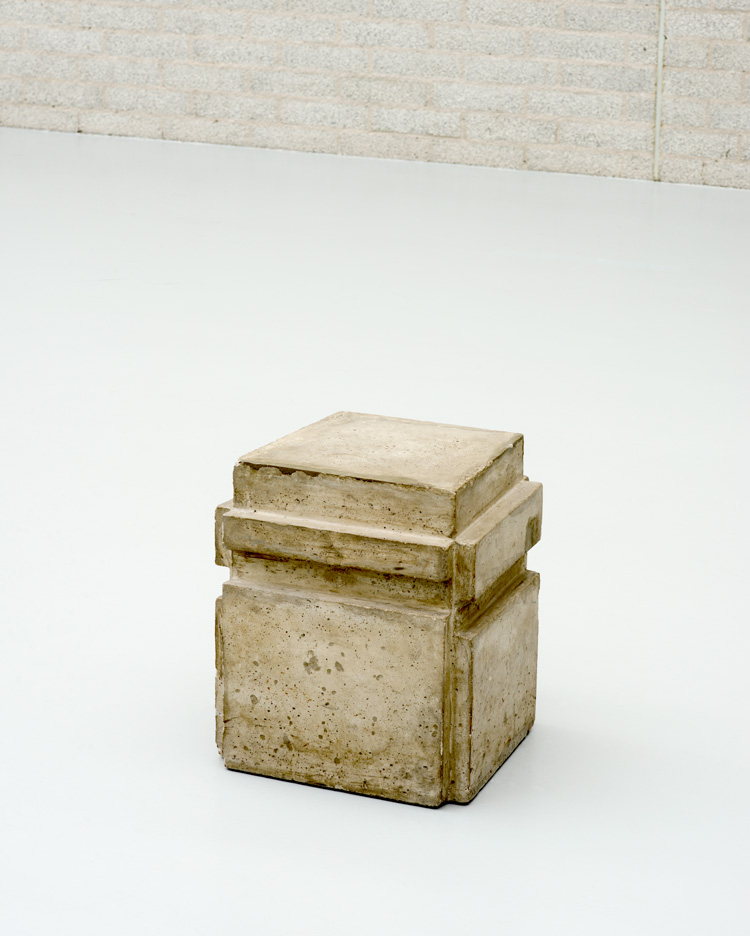 In A Cast of the Space Under My Chair (1965­-8) Nauman gives form to negative space, a strategy that artists such as Rachel Whiteread would adopt and extend decades later. For me, these works endure and remain the most interesting in the exhibition. 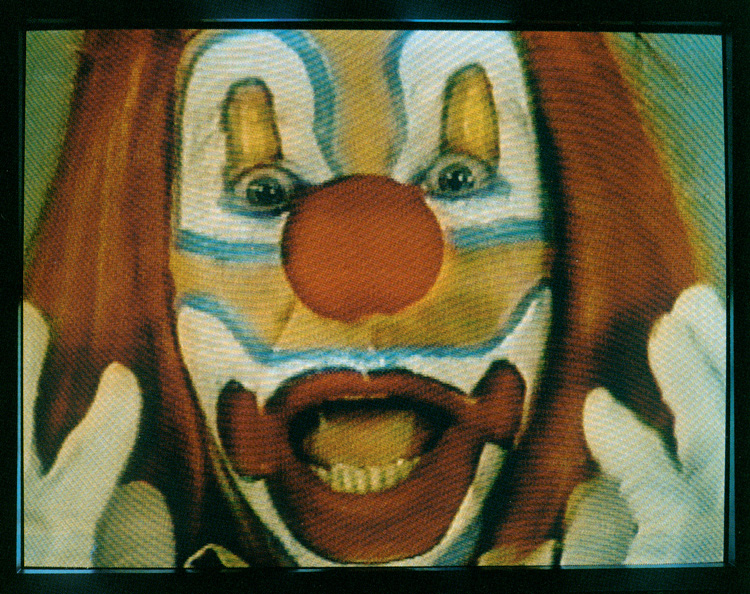 Nothing I have discussed so far is irritating or disturbing, but Clown Torture (1987) is both of these things. It has an unending sound loop: “Pete and Repeat were sitting on a fence. Pete fell off. Who was left? Repeat. Pete and Repeat were sitting on a fence …” It is infuriating, and the vaudeville clown we see around the gallery walls is menacing. This is not the happy, playful clown of childhood. Rather, it is a never-ending cycle of unhappiness, forced performance and an obscured idea of the self. This is clown torture. 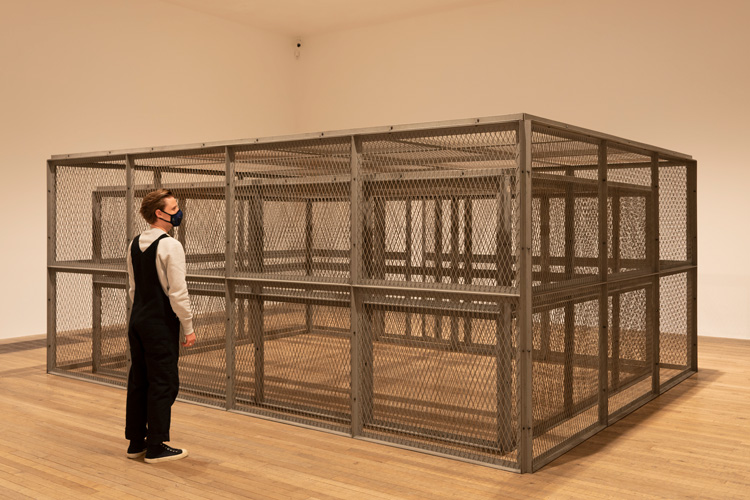 Double Steel Cage Piece from 1974 is another example of relatively early work by Nauman that, years later, resonates in the work of artists such as Mona Hatoum. Nauman’s intention was that the cage should be left opened for visitors to enter. The narrow passageway was made just wide enough for Nauman to squeeze through the resulting gap, inciting feelings of confinement and anxiety. Once again, the physical and psychological pressure on the viewer is significant. The steel mesh used to construct the cage invokes feelings of surveillance, a theme that is also addressed in the next work in the exhibition. Going Around the Corner Piece With Live and Taped Monitors (1970) positions us as viewer and participant as CCTV records and transmits live. Catching a glimpse of our own image on screen is commonplace now, but in the 70s it was not.

Musical Chairs (1983) appears before us as if it is some instrument of torture. Hanging from the gallery ceiling, two steel beams cross one another. At either end of the structure, two chair-like objects seem destined to knock into the beams. While the chair often represents the absent figure in Nauman’s work, the chairs here are incomplete. They have only two legs and are missing seats and backs, lending their form an unsettling air.

Perhaps the most disturbing piece in the exhibition is Anthro/Socio (Rinde Spinning) of 1992. A disembodied and spinning head is projected on three sides of the room and shouts “Feed Me, Eat Me, Anthropology”, “Help Me, Hurt Me, Sociology” and “Feed Me, Help Me, Eat Me”. The repetitive, aggressive, cacophony makes it a very difficult room to remain in for long. The urge is to leave the gallery almost immediately, although the performance by the classically trained actor and singer Rinde Eckert transfixes visitors for a while. 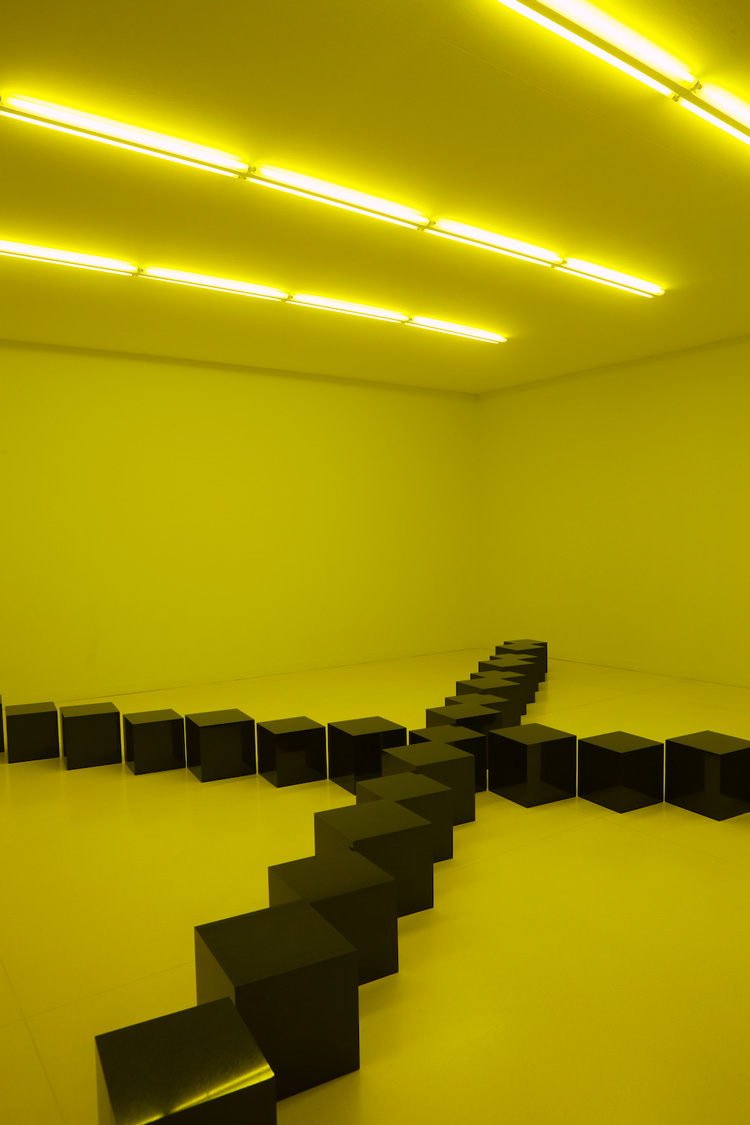 Black Marble Under Yellow Light (1981/88) offers some respite from the generally disturbing nature of most of the works here. Marble blocks criss-cross the space and are lit by fluorescent yellow light. We are informed that the lighting has been chosen for its unsettling qualities, reminiscent as it is of old pedestrian subways and goods yards. Still, after the experience of Anthro/Socio, Black Marble Under Yellow light feels more like an oasis of calm than anything else. The ambiguity of experience is underlined by the work’s ambiguous meaning and strictly descriptive title.

This is a challenging exhibition, but if Nauman can continue to make challenging work after 50 years as an artist, questioning genre, medium and movement, pressing our experience of art and the everyday, unsettling us physical and psychological sensations, then we can surely spend some time in the presence of those works and learn something new about ourselves. 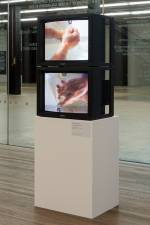 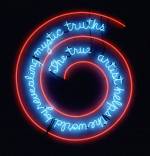 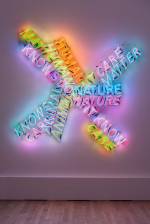