Brian Bress: ‘I come to video with the agenda of a painter’

Brian Bress: ‘I come to video with the agenda of a painter’

Brian Bress is an innovative multimedia artist who creates works that combine painting, drawing, animation, video, and performance art into a new form of expression

Brian Bress is a Los Angeles-based multimedia artist who has captured the art world’s attention with his interweaving of painting, drawing, animation, video and performance art into a new form that could be called “video-painting”. In these works, he makes a video and inserts it into a frame that he hangs on a wall like a painting. These video-paintings are, of course, animated. The characters that form the subjects of these works are either drawn, sculpted or performed by Bress, but all of them come alive through movement.

These figures are usually awkward in their bulkiness, and their actions are mind-numbingly simple, but they still require time and attention to capture the logic of what they are doing. In the work Firemen #2, for example, three separately animated firemen wearing helmets and protective gear occupy their own frames, creating a triptych of sorts. They start moving in unison, but also individually, making lines on the screen/surface of the painting, which eventually result in an image of a nude, with one fireman having drawn her head, the other a torso, and the third a body. In Yellow Green Blue Face, for example, the character is not visible, but is masked by a solidly painted surface, interrupted by his or her scratching this surface from the “inside” of the video-painting. Eventually, the scratching results in the recognisable shapes of a mouth, nose, and eyes placed in a configuration resembling a face. Apart from these humorous and affective works, Bress, who was born in 1975, also makes conventional videos, in which he stages scenes and either acts them out himself with the help of other performers, or uses his animated characters. Studio International spoke to him on the occasion of his one-person exhibition at Cherry and Martin booth at Art Basel Miami Beach.

Natasha Kurchanova: Brian, congratulations on your success at the fair. It appears that your gallery’s booth displaying your work is always busy. Your work shown at the fair is all videos, but videos that look like paintings or drawings, or are about paintings or drawings. Also, frequently, there are people in masks and costumes actually drawing on the surface of the screen. One could say that they are performing drawing. How do you categorise your work – is it video, drawing, performance, a combination of the three or something completely different?

Brian Bress: That’s a good question. I usually tell people that I use video or the container of video as a space to occupy the place where one expects to find a painting. So, hopefully I play with viewers’ expectations. Often, people think that they have an idea of what a video is and how long they can spend with the video. Certainly, there is some anxiety about the amount of time they need to spend with videos. So, I am trying to stay away from calling myself a “video artist” – I certainly never think of myself as one. I think of myself more as a painter, a sculptor, or a collage artist who uses video as the final container for those kinds of mediums.

NK: I see. So, video is a tool for you to reach a certain representational goal?

NK: Could you tell me a little more about your background? You say that you work more like a painter or sculptor, but when you studied at Rhode Island School of Design, what was your focus?

BB: I majored in film and animation at RISD, so I am no stranger to time-based media. However, I did my graduate work at the University of California, Los Angeles in painting, so most recently I come to video with the agenda of a painter, rather than a video artist. For example, my work often has a fixed frame, as in a painting and not a video. I can address the edges of the “canvas” in a way a painter would.

NK: In doing research about your work, I came across a description of you as a photographer. Did you begin as one, and what role does photography play in your art?

BB: I didn’t begin as a photographer. My use of photography developed along a parallel track with the use of the video image. But, yes, I’ve used still photography to document tableaux created in my studio that have served as the sets for performances. These photographs document a sort of physical collage that I create in the studio.

NK: So, now you also work with photography and not only with video as your means.

BB: Because each is camera-based, photography and video both have the potential to mimic other mediums, such as drawing, painting and collage. Therefore, both attract me for their ability to flatten space, document a performance or the remnants of a performance, and, ultimately, allow me to control how the viewer is going to see something that I made.

NK: My next question is about performance. Apart from your soundless videos, which imitate, or rather animate, static forms of art, such as drawing, you also make short films, which do have sound and appear to have more narrative. You often have characters in both these forms of video work. For example, in your work at the fair, you have a Fireman piece. Do your characters migrate from work to work, or are they singular?

BB: Once in a while characters that appeared in the flat-panel soundless video works appear in the more narrative films. However, I’ve kept all the costumes I’ve used for all the flat-panel videos, and the potential to access this archive and use these costumes and sets in a longer, more narrative-based video has crossed my mind. I’m sure one day there might be a few cameos from these familiar characters.

NK: Would you call them grotesque or slapstick?

BB: I wouldn’t use the term grotesque or slapstick, but I completely agree that those are accurate descriptions of some of the characters I’ve created. To me, they are also equally awkward, tender, confused, scared, eager to please, cute, playful, curious.

NK: Do you perform in your work, or do you invite other performers, or both?

NK: If I were to summarise the content of your work in one word, I would say it is about artifice – a human being living in the world of artifice. Would you agree with this characterisation?

BB: Absolutely. Artifice is the major theme running through my work, because it is all made in the studio and I am completely in control in creating a world from scratch. It’s not the only concern that I express in the work, but if I had to use major words to describe the work, then “artifice” would be among them.

NK: I have two more questions. The first is about influences. To me, it seems that the most obvious influence in your work is Cindy Sherman. Are there other artists who influenced you?

BB: Yes, of course. Oskar Schlemmer is a big one for me. As is Kazimir Malevich. I love Paul McCarthy, Mike Kelley and Öyvind Fahlström with his variable paintings and films. Also, I’m paying attention to artists such as Olaf Breuning, Trenton Doyle Hancock, Mary Reid Kelley, and many others.

And then, outside the fine art world there are dozens of influential artists and performers. I love the French film-maker Jacques Demy for his work in films such as Donkey Skin. From television, two big influences are Pee-wee Herman and Jim Henson. People mention Henson’s puppets all the time in relationship to my costumes – and that’s, of course, a valid connection, but I think I’ve been even more heavily influenced by how his and other children’s shows acknowledge the existence of the fourth wall to engage the viewer, and how that is different from the characters interacting and pretending that there is no fourth wall there (most shows made for adults). When the performers’ gaze turns towards the viewer, it changes the relationship of viewer from passive watcher to active participant and it changes the object displaying the performance from picture to window or portal. This happens all the time in kids’ shows – it’s amazing to see this consistency. Pee-wee Herman was constantly talking to the camera and addressing the kids at home. But the truth is I think everyone, even adults, feel the power of being acknowledged as the kid on the other side of the glass.

BB: I have plans to do a longer narrative feature that will be script-based. More immediately, in late 2015 and early 2016, I have a show coming up at the Utah Museum of Fine Arts, which will be travelling to the Museum of Contemporary Art in Denver. The Utah Museum of Fine Arts is commissioning a piece, so I am doing a site visit early next month to see if I can make something appropriate for this particular museum. I was thinking about a multichannel video wall, or something that engages the architecture of the museum. Perhaps it will be a video wall that wraps around the corner or a column. We’ll see. But, generally, I think scale shifts are going to be a major component of what comes next.

NK: Thank you, Brian, for the time you took to speak with Studio International. 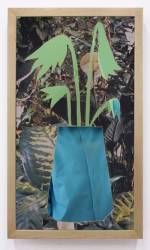 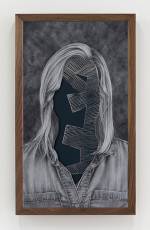 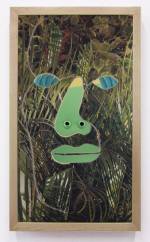