When this annual exhibition was launched 28 years ago it suffered some hostile critical reception but has now built itself into something of a national institution, and I personally try never to miss one. Over the years it has presented some work of good quality, and featured artists who have gone on to make a contribution to the art of portraiture. This year's competition introduced a radical innovation, removing the upper age limit of 40 and opening itself to any artist over 18.

Portraiture as a genre maintains a curiously fixed status in art practice. The demand for resemblance of some kind anchors it firmly in the general realm of figuration, maintaining strong bonds with art practices of the past. It is not possible to drift too far from the notion of likeness without losing the purpose of a portrait, namely that it should look like somebody, however the notion of resemblance might be interpreted and expressed.

This year's exhibition has many of the characteristics that we have seen in previous shows, including some of its weaknesses. If the exhibition is now going to evolve and improve over the years to come, I would suggest that the organisers need to address two issues.

This first is the question of variety. A high proportion of the works on show fall within a narrow range of stylistic categories. One of the most common is that of photo-realism and the detailed use of photo-reference. This is a valid way of approaching the making of art, and has a pedigree as old as photography itself, embracing some of the most significant figures of that period.

However, there comes a point when the use of photographic sources becomes laboured and dead. What we are left with is no longer a painting of a person illuminated and informed by reference to a photograph, but simply a painting of a photograph, which is a completely different thing. In painting directly from the model, the artist has the daunting task of perceiving complex and transitory arrays of tone and colour, planes and volumes moving in space, and attempting to find pictorial equivalents for these ephemeral percepts. This is worthwhile and exciting, not just because it is difficult, but because it leads to surprising discoveries about the nature of the visual world which surrounds us. Access to quick and high quality photography has, with the digital camera, become almost universal, but its effect upon painting can be insidious.

Some of the work veers towards a kind of Norman Rockwell cuteness - technically accomplished but with the slickness of lifestyle magazine illustration. I have noted in the past that a proportion of exhibitors arrived at portraiture via courses in graphic design and illustration. Here again, one must ask oneself what the difference is between a portrait and an illustration of a person. In my view, an illustration, however accomplished, is a picture looking for a context, whether that might be a book, a magazine, or something else. Genuine portraits have a life of their own, create their own context, and are often at war with the fortuitous contexts in which they happen to find themselves.

Returning to the theme of diversity, to what extent does the content of the present show reflect the great variety of the practice of portrait painting, even over the past two hundred years? The answer is, very little. Think of a random list, such as Degas, Sickert, Sargent, Beckmann, Kokoschka, Schiele, Bonnard, Dubuffet, Picasso and Freud, to name a few. There is a tension, a mystery, and an excitement in so much portraiture which is uncommon here.

One or two paintings in the exhibition seized my attention, not necessarily because they were very good, but because they manifested a difference of approach which set them apart from the rest. One such was the double portrait She and Me, by Timothy Hyman. This loosely painted, somewhat naïve image had a sense of mobility and a quirky oddness which drew one back to it. Remarkably, this was one of only three paintings in the show which showed the subject doing something other than posing, the other two activities being reading (which hardly counts) and baking a cake. In She and Me the background figure (she) is using a laptop, while the foreground figure (me, the artist) looks out at the viewer, brush in hand. The juxtaposition sets up a psychological tension and a sense of ambiguity which is what often makes the portraits of, say, Sickert and Schiele so compelling.

The organisers might ask themselves how they can broaden the variety of work submitted and exhibited. Selectors should bear the issue of diversity in mind, to some extent favouring difference rather than the same as before. They might also consider offering a prize for the work which is most creatively different, encouraging a wider range of submissions.

The second issue which I feel needs addressing is the, to my mind, insecure criteria of quality in the work selected and singled out for the award of prizes. I find it worrying that the image chosen for the poster and catalogue cover, and widely used as an icon of the exhibition, was one of weaker paintings in the show. Similarly, the work of at least one of the selected prize winners was feebly drawn and ineptly painted.

There is of course a widespread repugnance nowadays for any suggestion that there might be shareable critical values which can be applied to art, but if the notion of quality is to mean anything one must be prepared to put one's cards on the table. There is a difference between, on the one hand,  deliberately defying the conventions of a genre by departing from its norms, and, on the other, breaking those conventions because one has attempted, but failed, to master them.

The panel of six judges included two curators, a critic, a model, one artist, and a member with a business background but unknown artistic credentials. Whilst accepting that all these members have a degree of artistic sensibility, and in some cases a great deal, they appear to let too much feeble work through the net. Perhaps, conversely, they might be excluding some of superior quality at the selection stage. I venture to suggest that the panel should be extended to include at least fifty per cent of members from the world of art practice which relates to the business of portraiture.

One must congratulate the National Portrait Gallery for its commitment and enterprise in promoting this important exhibition, and BP for sponsoring it. They must now turn their attention to the question of how it can evolve and improve in the years ahead.

The exhibition runs to 16 September. 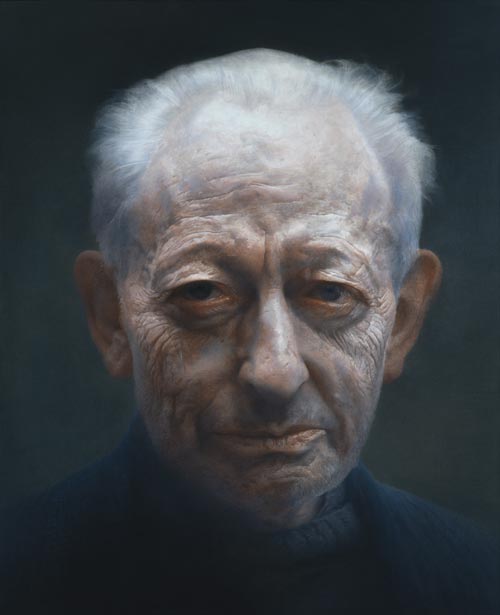 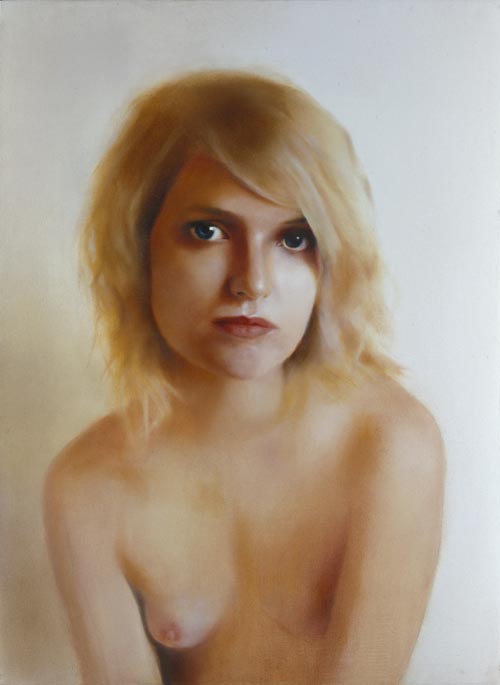 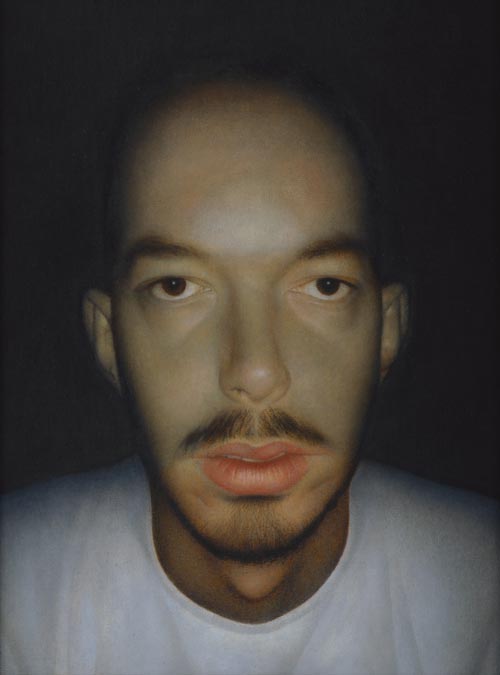 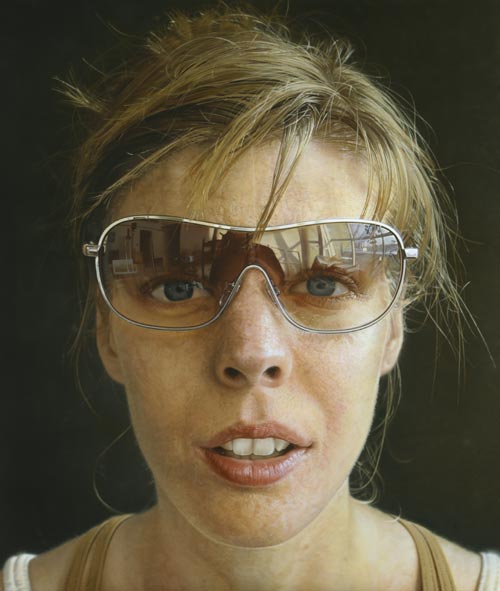 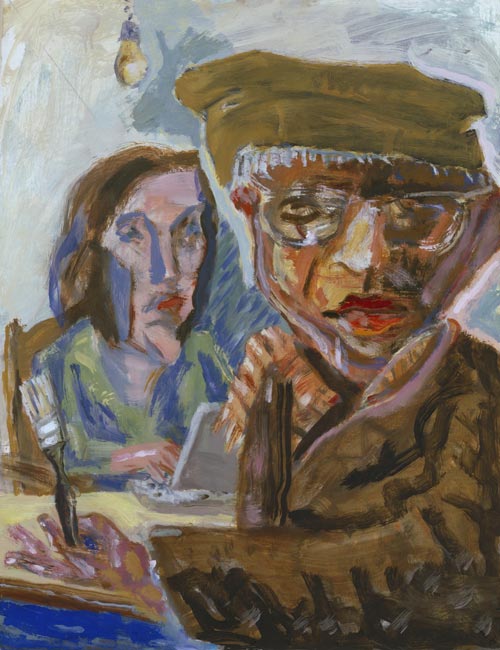