With this third architectural/typological monograph, Professor Simon Unwin has completed what is effectively a trilogy. The first two works were Analysing Architecture and An Architectural Notebook: Wall. Both these works were essentially designed to reach as wide a readership as possible, with an emphasis on student readership but addressing a broad constituency of professional and lay interest. Indeed, they combine to represent together a long overdue tool to understanding, in an ever more confusing world, the key elements of the art and science of architecture.

What is most valuable and indeed remarkable about all three works is the fact that Unwin illustrates the three books with numerous concise and exact drawings of his own throughout. This achievement renders unique the instrumental value of Unwin's combination of text and drawn example, insofar as the direct relevance of each to the other is conveyed by a clear line and tone technique of essential accuracy, hence the definitive role of the books themselves.

In Doorway, Unwin combines carefully drawn and modulated plans and sections with site photographs, most of which are again his own. Many of the latter are more than simply descriptive - they express the poetics of the subject, almost incidentally, as found or perceived phenomenological fragments. As Unwin says in his introduction, the book is about 'the doorway, it is also about threshold transition, the in-between and the experience of passing through'. So, it is the experience of confrontation as a movement or rite of passage, and of arrival at the other side - these are vital human realisations, well explored at some length, as for example by the author VS Naipaul in his book The Enigma of Arrival (1987). Unwin is here exploring the essence of such transitions, as well as that of 'exclusion' created by entrance closure. Here one thinks of the curious main entrance enclosure of the house designed by the Viennese philosopher Ludwig Wittgenstein. His entrance formed an atavistic sort of sealed box, projecting some three feet or so from the plane of the rest of the south-east elevation. It is as if on crossing the threshold one is incarcerated temporarily (one hopes) within this high-ceilinged 'box' before being released to mount a single flight of eleven steps into the main lobby. Unwin examines the role of lintels and arches, taking as an example the temple of Hagar Qim, Malta, an extreme case, more ancient than even the pyramids. The dynamic experience perceived by Unwin at the cathedral of Cefalu in Sicily is reproduced first from his copious site notes, before being located in a drawing. The tall regularity of this building and its axis serve wholly to counteract the confusing network of mediaeval streets surrounding it.

Sigurd Lewerentz's crematorium chapel in the woodlands in a suburb of Stockholm (1918-20) is equally explicit, with an axis through the pine trees, on a long and unwavering approach, a kind of Via Dolorosa. Unwin captures the spiritual essence of such movement, where there is a separation of mourners from mourned orchestrated through doorways of a specific intent. Unwin's particular chapter on 'Threshold' (derived, as he explains, from the farming term for the functional division of the threshing floor from its exterior circulation space) reveals the 'points of introduction and control where separated places meet'. Unwin succinctly illustrates the idea of 'Transgression' by reference to Beatrix Potter's tale of how Peter Rabbit illicitly found a hidden entrance to the kitchen garden of Mr McGregor, its ferocious custodian. A further chapter on 'The In-between' conveys something of the intangible quality of this condition. He quotes a passage from Jorge Luis Borges' The Man on the Threshold from his The Aleph and Other Stories (1949), where the doorway becomes 'a metaphor for a moment' and the story, as it unfolds, itself becomes the veritable threshold of that moment, its very embodiment in the act of passing through. Doorways, of course, today have a new role, as the locus where something deemed unpalatable by society, that is to say smoking, becomes a surreptitious group activity for escapee 'puffers'.

Erik Gunnar Asplund's Woodland Chapel, also close to Stockholm, is described by Unwin at length in Analysing Architecture, and now here in this new volume, as an 'in-between space' for saying goodbye, and where mourners can foregather together. Here, Unwin's simple axonometric drawing of these spaces perfectly conveys that essence. On 'Entrance', Unwin evokes this condition by drawing valuable passages from Juhani Pallasmaa's (a like-minded theorist) Eyes of the Skin, about the olfactory memory of the door to his grandfather's farmhouse in central Finland. From Gaston Bachelard's The Poetics of Space (1958), on opening a door; from Raymond Chandler's The Big Sleep (1939), about the experience of entering a lush domestic conservatory; and from Isabel Allende's Eva Luna (1987), on moving from a jungle into a nuns' cloister, Unwin opens a reservoir of literary instances that potently enlivens and charges up the purely architectural concepts he succeeds in portraying. 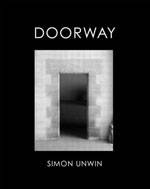