Since 1949 New Contemporaries has hand-picked graduate and emerging artists to present them to the public as the rising stars of the art world. Studio International visited the touring exhibition on its opening night at the Institute of Contemporary Arts in London to speak to some of this year’s artists

Of those picked each year by Bloomberg New Contemporaries, some will flourish in the arts (past exhibitors include David Hockney, Paula Rego, Damien Hirst and Mona Hatoum), others might choose different paths, but the hope is always to foster a creative community that supports those setting out as the next generation of creatives. We spoke to three artists on the opening night of this year’s exhibition, Kate Fahey, Seungjo Jeong and George Ridgway.

Kate Fahey is concerned with slowing down how we interact with images. In the age of Google, where our consumption of the visual divorces us from context and meaning, Fahey seeks to reappropriate photographs that have become lost or degraded through continual sharing. Her background in printing leads her to consider the surface of her work, the texture and nature of the paper she uses, returning tactility and poetry to digital images. The result is Cumulative Loss, a hauntingly beautiful digital collage imbued with symbolism.

South Korean artist Seungjo Jeong creates pared-back canvases that explore the relationship between viewer and artist through the almost abstract evocation of objects. His paintings draw on the aesthetics of everyday technology, the shapes that, for example, make up a tape cassette or speakers, without referencing particular brands so that the viewer can project his or her own feelings and memories on to the image. Jeong explains to Studio International what drives his painting and his latest Interface series.

George Ridgway graduated last year from the Glasgow School of Art. His work traverses painting and installation with an intuitive ease as he subtly translates music, movement and the forces of the natural world into paint. We spoke to Ridgway about his practice and the fluid nature of his work. 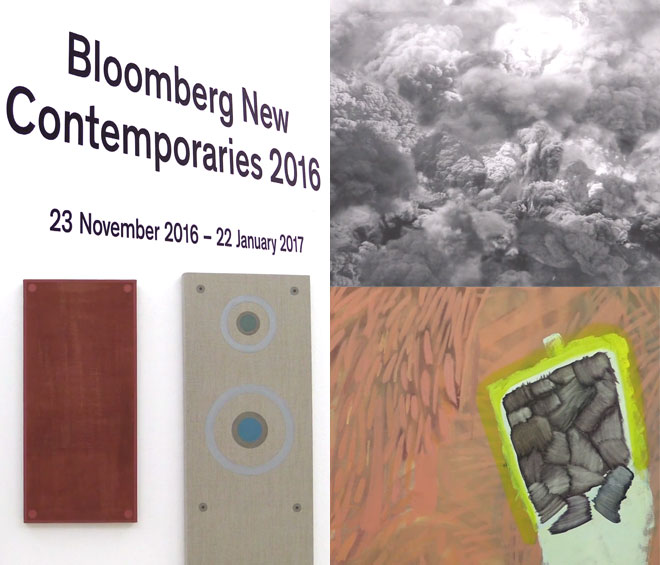