The Pompidou Centre does not usually present its art works thematically. But, as its latest exhibition, 'Big Bang' demonstrates, its approaches are expanding and developing and the Pompidou is indeed the space of iconoclasm it was intended to be. Its exhibition really is a blast. As Catherine Grenier, Curator of the exhibition explains:

'Big Bang' is an entirely novel experience ... This change of approach is based on a theme which is critical to understanding art since the beginning of the 20th century: the modern Big Bang. By demanding radical liberation and shattering established values, modern art produced a kind of creative destructiveness ... Released from the weighty burden of History and the constraints of the academic approach to art, the artists of the 20th century introduced a rich and entirely new way of perceiving the world around them which has had a profound and irreversible influence on our contemporary consciousness. This new approach to structuring the collection has been based on the idea of continuous expansion of forms and creative forces emanating from the destruction of the original centre.1 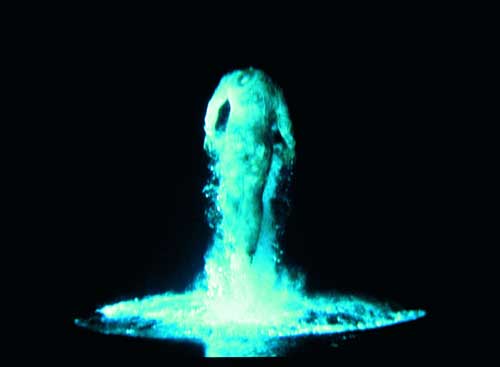 Nietzsche's announcement in the 19th century that God is dead was significant in art's 'Big Bang' for the explosion of philosophy that succeeded it: a destruction of the original concept of God preceded the creation of humanist philosophy, which in turn influenced art and literature. The parallel 'Big Bang' of the Industrial Revolution - the spark of globalisation and political explosions - the first two world wars and the Russian Revolution in particular preceded not only an intensely violent period in world history, but a scientifically and artistically progressive one, in that ideas and constructs were and are continuously challenged. Many argue that society, and, therefore, art, has been regressive rather than progressive - recently Tom Wolfe in I am Charlotte Simmons echoed this sentiment with a paradise lost on campus - and others insist on essential rotundity; Sisyphus still pushes the rock up the hill. 'Big Bang' at the Pompidou encompasses all of this: planets turn around within progressive galaxies, but, essentially, progression supersedes individual absurdities. The Pompidou sees the bigger picture.

Each main theme - 'Destruction', 'Construction/Deconstruction', 'Archaism', 'Sex', 'War', 'Subversion', 'Melancholy' and 'Re-enchantment' - is then split into several rooms and sub-themes. The rooms are linked by artists whose exhibits cross over themes - Warhol, Picasso and Duchamp, for example - and the beat of partly acoustic installations, whose sound carries through the rooms. Just as the mad Hatter in Alice in Wonderland carries a ticking clock, so the presence of time is domineering throughout this exhibition, with a variety of works that tick and chime so that the beat goes on and on.

In the first room is a work suitably named 'My attempt to raise hell'. It is a small iron sculpture of a sitting man, whose head loudly clashes with a large bell, with large enough intervals in between so that the trick affects screaming, laughing and expressions of horror from unsuspecting viewers. In other rooms, a man counts numbers and monotonous music plays. The cause and effect of this is parallel to a theme explored in The Great Gatsby by F Scott Fitzgerald. In this novel, Gatsby is obsessed with time:

... His dream founders on his impossible insistence that time can be not only reversed but erased ... The attempt he is making to stop time, but elsewhere the clocks are ticking like mad. There is an unusually large number of time words in the novel - over four hundred.2

The habitual rhythm is a constant reminder of the presence of mortality - of life, of time running out, and the immediate problem of being lost in such a wonderland, and such a wasteland.

As the exhibition points out, in a subtle display of significant literature of the 20th century (Beckett, Kafka, Sartre), art and literature are two galaxies created from the same Big Bang. They are parallel worlds, in fact, where only the mirrors look different, but the beats differ in pace; hence the residual chaos. There is an atmosphere of flux in a space that sprawls with people of all ages and backgrounds, filled with artists whose only common denominator is their involvement in the 20th century. Hunter S Thomson, the explosive American writer, who committed suicide in 2005, wrote recently that a Chinese wise man cursed him, 'May you live in interesting times'. His curse was universal for bohemian habitués of the 20th century, for they all lived through such fascinating blues and jazz.

The exhibition certainly brings together highlights from the zeitgeist. It is wonderland, a circus, a hell, a paradise, and a parody. It is a curriculum vitae of the 20th century, a dolce vita captured on canvas, a vital stab at human suffering.
One room named 'Mirrors/Entropy' is filled with mirrors and illusions, designed to play with your perceptions. The adjacent room is constructed around childhood, and there is a garden of fake flowers and grass, aluminium and body parts, all much larger than an ordinary garden. There is also a video film where children are shown dressed as adults in their own garden party, with adult voices dubbed over their movements and gestures, in a comic manner.

Juxtaposed against playful illusions and childish games are outright confrontations with the darkness in the night skies - the wasteland - and the grotesque aspect of this circus, our world. A piece by the recent winner of the Venice Biennale, Annette Messager, entitled, 'Les Piques' (1992-1993), shows dolls smothered in black transparent fabric, pierced with five foot sticks in a voodoo fashion, lined up against a white wall, as if massacred - the valley of the dolls systematically destroyed by another firing squad. The piece is disturbing but somehow familiar, taking advantage of the common experience of childhood to create a violation that is universal in identification. 'Jeux d'enfants' by Sigmar Polke (1988) is another work of similar point, which shows two children playing in a wild battlefield. Everywhere in Paris, in self-promotion for the city's bid for the Olympic Games in 2012, was the slogan 'L'amour des jeunes' under the famous photograph 'Kiss by the Hotel de Ville, Paris' by Robert Doisneau. The juxtaposition of two young children playing in a no man's land and two young people embracing is ironic and touching.

To understand art's 'Big Bang', it is important to examine the actual Big Bang, and its implications for its metaphysical counterparts. It is widely assumed that the universe began with the Big Bang. But what is relevant now is what this explosion precedes: that is, the universe in the present and the future. The exhibition at the Pompidou gives a brief history of 20th century art: but what now? What next?

The stars in a galaxy cannot move away from one another because gravity holds the galaxy together. However, the galaxies themselves are moving away from each other and astronomers do not rule out the possibility that all galaxies will come together in about 70 billion years. This would happen if the universe contained more of a substance called dark matter, than the matter that is seen in galaxies. The gravitational pull of the dark matter would slow the expansion and all the material in the universe would eventually collapse, then explode again. The universe would then enter a new phase, possibly resembling the present one. The search for dark matter is a major area of research.3

Now, in art, the revolutionary movements that began so simply with cubism, fauvism and surrealism have expanded and moved away from each other, into new independent galaxies of thought and practice. And yet, some of these movements have come together in new forms - post-everything - and the original definitions are blurred and ambiguous. The stage has come where dark matter overwhelms what already exists in the art universe. As modern artists, such as Annette Messager, increasingly confront the dark matter of these terrorised times - an artistic instinct - so these differing movements and media combine to an essential observation and understanding. Therefore, it is indeed timely that the Pompidou should bring together such diverse movements of art, which represent the post everything return to an essential understanding of creation and destruction, and the realisation of dark matter, the subject matter of today. 'The Triumph of Painting' exhibition at the Saatchi Gallery in London bears witness to this: 'The search for dark matter is a major area of research.'

So, as the 20th century has recently closed and artistic movements congregate in Paris, where they began in the original Big Bang, it seems that after the dark matter, a new explosion is imminent. The art world will enter a new phase, which will be the real test: will it be progressive, or will it simply resemble the world that passes slowly? One thing is certain: it will be even bigger:

And the astronomers - could they have understood and calculated anything if they had taken into account all the complicated and varied motions of the earth? All the marvellous conclusions they have reached about the distances, weight, movements, and disturbances of the celestial bodies are based on the apparent movement of the stars round a stationary earth - on the very movement I am witnessing now, that millions of men have witnessed during long ages, that has been and always will be the same, and that can always be trusted. And just as the conclusions of the astronomers would have been idle and precarious had they not been founded on observations of the visible heavens in relation to a single meridian and a single horizon ... He heard Kitty's voice ... She would not have been able to make out his expression had not a flash of lightning that blotted out the stars illuminated it for her. The lightning showed her his face distinctly, and seeing that he was calm and happy she smiled at him. This new feeling has not changed me, has not made me happy and enlightened all of a sudden, as I dreamed it would ... But be it faith or not - I don't know what it is - through suffering this feeling has crept just as imperceptibly into my heart and has lodged itself firmly there.4

'Big Bang' explodes all residual dark matter of the past, of the 20th century, and precedes new movement, subtle as the transition may be. As the installations at the Pompidou tick and chime, so we wait for it all to go off again. We are addicted to the beat. Our ears still ring from the last explosion and that ringing has been orchestrated into a masterpiece at the Pompidou. 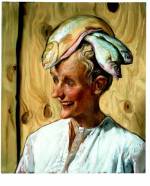 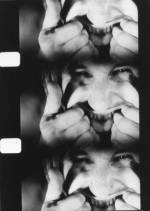