An-My Lê – interview: ‘All the striations of important events are retained within the landscape, whether you see it or not’

An-My Lê – interview: ‘All the striations of important events are retained within the landscape, whether you see it or not’ 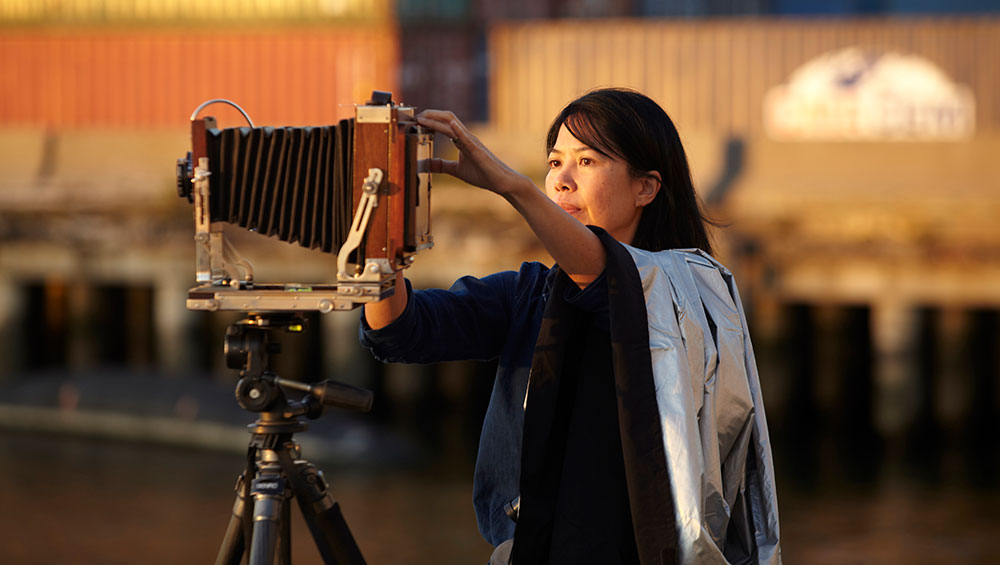 “I was always grateful that we were evacuated,” An-My Lê tells me at Marian Goodman Gallery in London on a cold morning in January. “My father would have gone to a re-education camp for 12 years and I think it would have completely devastated my family.” Lê was born in 1960 in Saigon, during the Vietnam war. In 1975, her family were evacuated to the US as political refugees. As one might expect, she says she has “conflicted feelings” about America’s involvement in the conflict. “We were able to leave and to have a new life in the US but, at the same time, I’m completely aware of what happened and how the US devastated our country. It seems that it was a needless war.” 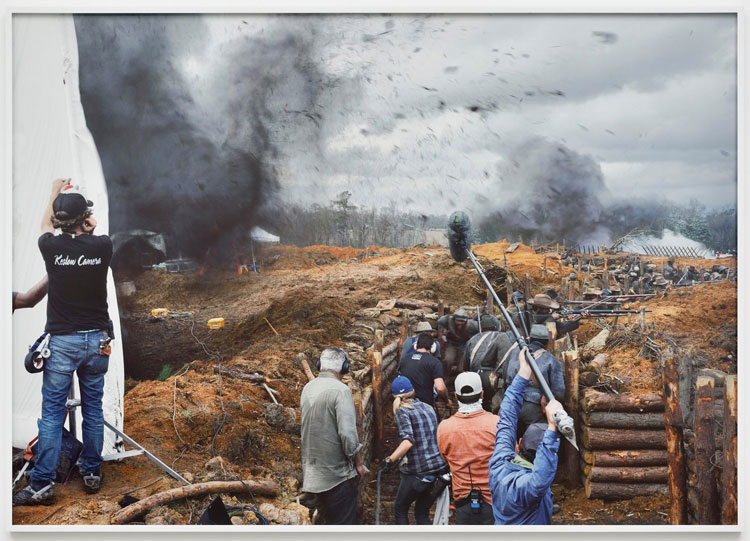 Lê now lives in Brooklyn and works as a professor of photography at Bard University, while pursuing projects that take her all over the US. She is visiting London for the opening of her exhibition Silent General, a continuing project that she started in 2015. The series is partly guided by her interest in the American writer Walt Whitman and his Specimen Days and Collection, an anthology of notes, musings and observances he made in his old age as he travelled around the US. 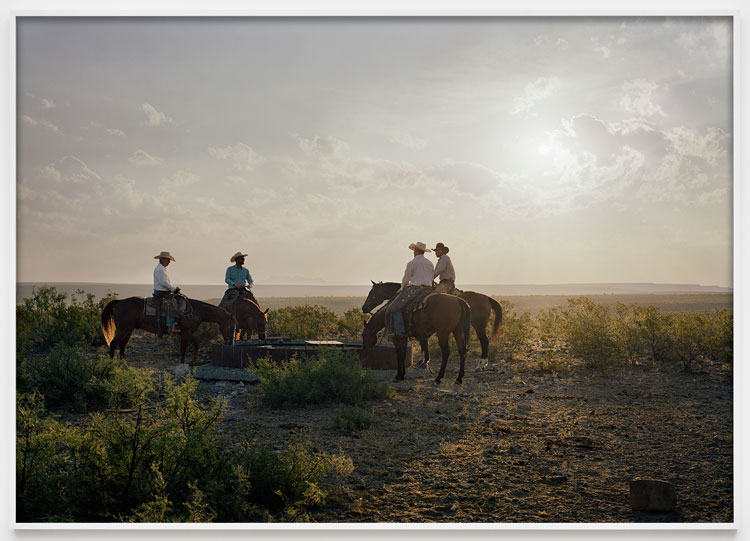 Whitman’s way of recording fragments of his life and the times he lived in appeals to Lê, and she is adopting a similar approach with her photography. “I think free-associating things and pulling them together in this very intuitive fashion is really fun and challenging, but also very satisfying,” she tells me. For Silent General, she has photographed cowboys, film sets, border control officers and protests, among other things. But all of these subjects are captured with a sense of quiet detachment and distance. Does she think her views of US culture and politics are more objective than those born in the country? “I don’t know whether I’m objective, but I do have the perspective of an immigrant, so I think I see things that an American wouldn’t see.” 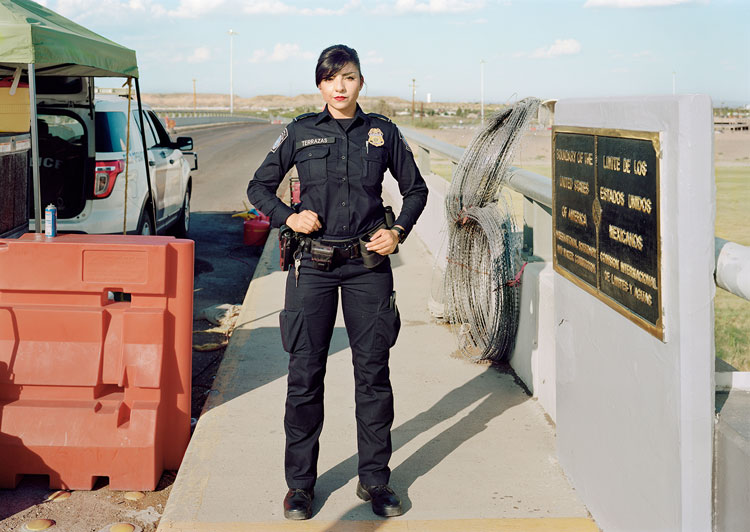 The project was originally sparked by news of a racially motivated attack at the Emanuel African Methodist Episcopal Church in South Carolina in 2015, in which nine people were killed. This tragedy sparked renewed debate around the presence of Confederate statues in the US’s Southern states. Many were erected during the implementation of the Jim Crow laws in the late 19th and early 20th century. During the Civil Rights era, a fresh wave of these commemorative monuments appeared, adding weight to the idea that they were intended as instruments of intimidation.

One of the central images in this exhibition represents two such statues locked in storage in New Orleans. They represent the likenesses of Generals Robert E Lee and PGT Beauregard. The city’s mayor pledged to remove all Confederate statues following the attack in South Carolina, and, true to his word, the last one was taken down in 2017. “It became obvious that those monuments seemed so inappropriate, that they were memorialising these men who had contributed to slavery,” Lê tells me. But she doesn’t believe they should be destroyed. “It was a terrible moment in history, but I feel we shouldn’t forget about it. They should act as reminders that we could be in that state again, that someone might do something extremely awful and that everyone else might follow.”

Photographing the removal of these statues proved a challenge, and Lê’s teaching commitments meant that she kept missing the moment they were pulled from their plinths. “When they were taken down, it was done under the cloak of night,” she says. “The vans were unidentified and the workers had masks on. They were terrified about retaliations and we didn’t know which company was being used to remove them.”

Lê’s interest in history, and how it relates to the present, forms a connective strand through her work. In 1999, she began attending re-enactments of the Vietnam war, held by a group of enthusiasts who met regularly in the forests of North Carolina. The resulting images include men in camouflage, at rest and engaging in “battles” among the pine trees. There are guns and smoke, even military vehicles, but no live ammunition. The whole thing might seem a little strange, insensitive even. Was she offended by the idea? “It wasn’t offensive because they were a bit naive in terms of what they were doing and the ramifications of it. They were trying to make up for something. And I had my own agenda, which was just as weird.”

Lê could only attend the re-enactments if she took on a role and joined in. “They said I could be an American combat photographer or Viet Cong and be captured and it sounds terrible, but I chose that. It was very strange and I found it subversive, wearing the uniform.” The communist Viet Cong fought against the Vietnam government and the American forces, eventually winning the war. There was, she tells me, a strange tension brought about in her presence at these war games. “For example, they would ask me to say something Vietnamese, so I would yell and the GIs would yell back: “Kill that bitch!” That was very tough, but as soon as the skirmish was over, that man came over and immediately apologised. And the entire weekend, every time he saw me, he apologised.”

Why do they do it, I wonder. Lê, having spent a great deal of time with these men, believes she knows the answer. “The re-enactments are a complete male fantasy of what war could be like and about the myth of Vietnam and the Vietnamese woman,” she tells me. “But I think those guys were there because of a missed opportunity – some of them had fathers who had been in the military – and I think I understand that.”

Shortly after she finished working with the re-enactors, Lê embarked on a new project, photographing young soldiers in California as they trained for deployment to Iraq. With this in mind, I ask her where her work sits on the spectrum between fine art and journalism. “It’s an interesting question,” she says. “People always see photography as evidence of something, but we all know that that’s such a paradoxical idea. I take a lot of liberties in the way I arrange my pictures – I pose people, I might ask them to do something again. In the US, these pictures cannot be used as journalism. And I think the images are also guided by my own perspective and autobiographical aspects.” 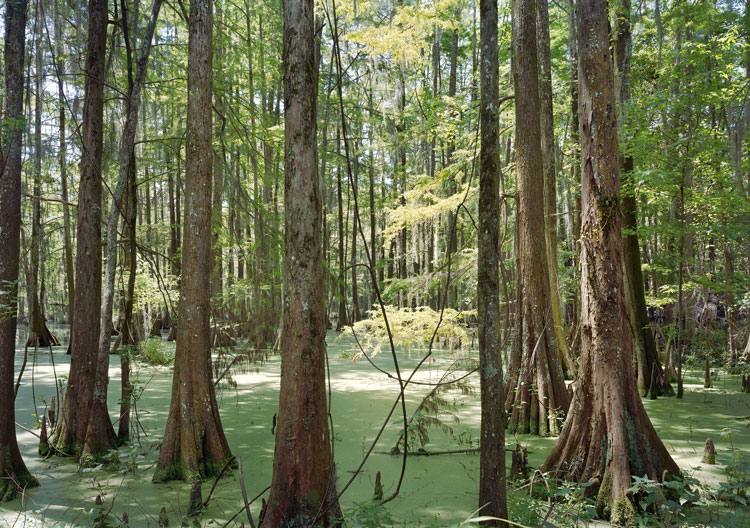 Conflict is a theme in Lê’s work, but it doesn’t define it. In many ways, photography seems to have helped her settle certain questions about her past. After returning to Vietnam for several years in the mid-90s she realised what she really wanted from work. “The most important thing for me was to be an artist, and I think at that point I felt a little more American, a little more connected to the US. I find great comfort, now, in going out and photographing the American landscape and feeling connected to it.” This is a relatively new development in her work. “It’s not something I would have been able to do 10 or 15 years ago,” she says. “I was never a landscape photographer, but as soon as I returned to Vietnam, somehow it just made sense to me. All the striations of important events are retained within it, whether you see it or not. I think there’s a permanency in landscape that I was looking for.” 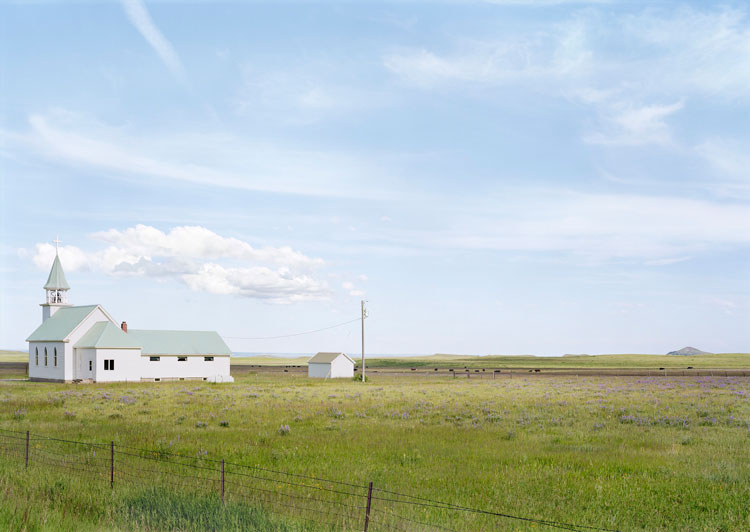 I ask Lê if she remembers anything of rural Vietnam from her childhood. “My time spent it the countryside was very furtive because it was always safer to be in the city,” She tells me. Her family lived in Huê for a few years, where her father founded a teachers’ college. “I vaguely remember some bucolic things there,” she says. “We would drive to the coast, leaving in the morning and coming back in the afternoon to avoid travelling at night, when it became very dangerous. I always associated the landscape with some terrifying Viet Cong coming out of the paddies. It was a little scary and the car broke down a few times.”

After leaving Vietnam, the images Lê saw of her country were those taken by foreigners during the war. “They were so close up,” she says, “because it was important to show the personal story. Being in exile, I was looking at archives and saying, what does Vietnam really look like, or feel like?” Her return helped her reconnect. “It was extraordinary for me and I made work that was very clarifying. The experiences with soldiers and war re-enactors and going back to Vietnam helped resolve my ambiguous feelings about the military, and now I feel much freer, or more prepared to fully experience the American road trip as a Vietnamese American.”

What’s next for Lê? “I’m going to continue with Silent General, because we have an election coming up in November,” she says. “I think it’s going to be very interesting and I feel that I need to respond. The best way for me to do that is to go somewhere and make pictures.”