With an uncompromising certainty of vision, Alice Neel paints individuals, capturing not only their physical likeness and inner character, but also the zeitgeist 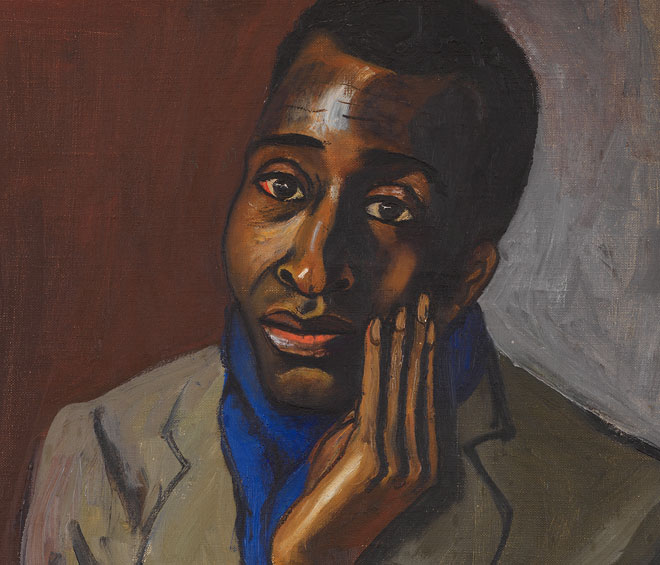 “No matter what adventure we have, man is the catalyst … Man is everything.” For Alice Neel (1900-84), born at the start of the new century, her conviction and dedication to analysing and capturing the essence of the individual in a figurative style endured throughout an era of proliferating abstraction. Despite regularly mixing with avant-garde writers and activists, and sharing their political ideas, she didn’t adopt their styles. She ignored the critic Clement Greenberg’s comment that figurative painting was dead and radically proved him wrong, becoming the first living American artist to have a major retrospective in Moscow in 1981.

While an artist’s work should not be reduced to her biography, in the case of Neel it is worth being aware of the key facts of her life, in order to understand the complexities and undercurrents that colour her portraits, which, while accurately depicting the sitter, are also reflections of the artist herself. 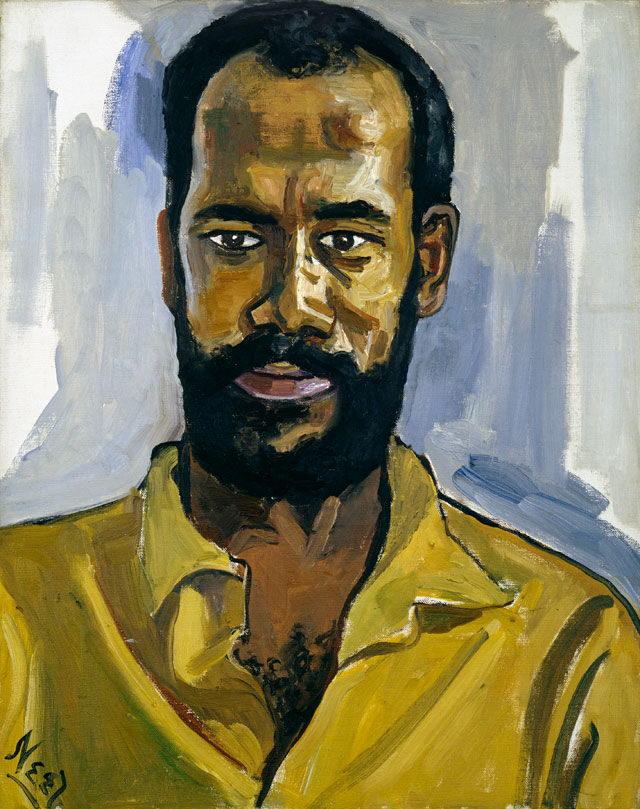 Neel led a bohemian but painful life. Born near Philadelphia, she moved to Cuba in her 20s to live with the parents of her then husband, Carlos Enriquez, also a painter. Their first daughter, Santillana, died from diphtheria before her first birthday and, after the couple had returned to New York, Enriquez took their second daughter, Isabetta, back to Cuba, ostensibly temporarily, to get some money from his family to enable them to travel to Paris, but, in fact, he – and Isabetta – never returned. Neel attempted suicide and had a nervous breakdown, spending time in hospital, where she was made to look at and examine herself, both in a mirror, but also psychologically. This was a critical moment for the development of her work. 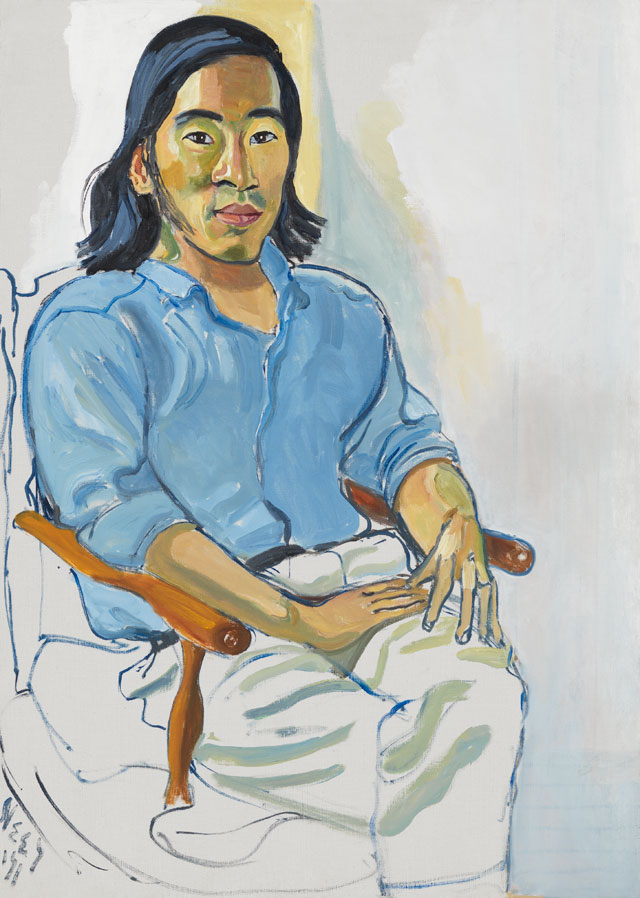 Following a relationship with an opium smoker, who cut up around 60 of her paintings and burned 30, she moved, in 1938, from Greenwich Village to Spanish Harlem, seeking, she said, “real people”. Turning her back on the art world, a move which to some would have been artistic suicide, enabled Neel to continue to work as she pleased. She painted friends, neighbours and acquaintances: immigrants and cultural figures alike, including Horace Cayton, a sociologist, educator, author and columnist, Alice Childress, an actor, playwright and novelist, and Harold Cruse, who would go on to become a key intellectual figure in civil rights and black nationalist movements. In Neel’s portrait of him, from c1950, a deep thoughtfulness emanates from the canvas, conveyed in his dark eyes, facial expression and Rodinesque posture, one hand propping up his chin, the other his elbow. 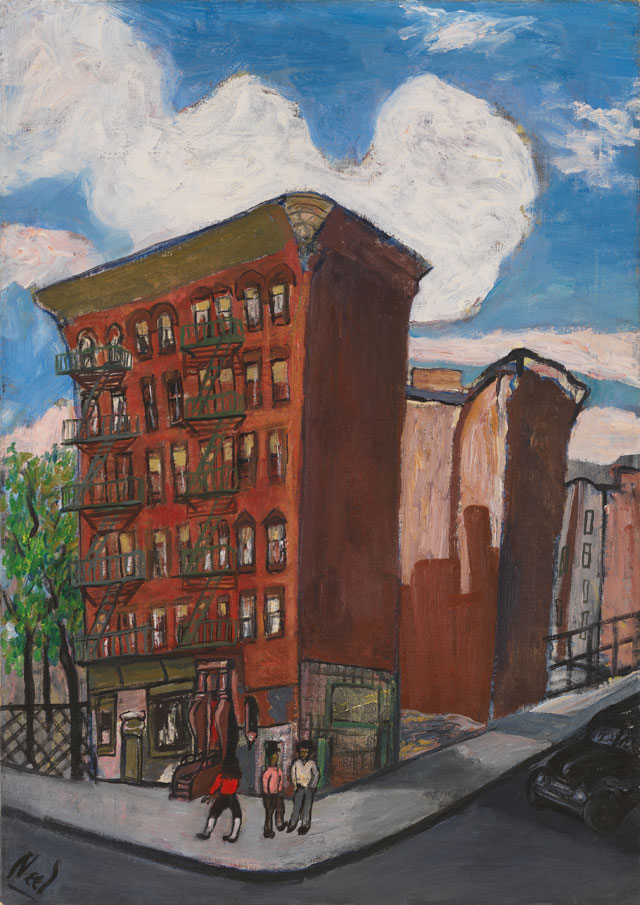 These three paintings are all on show on the ground floor of Victoria Miro’s Wharf Road gallery, London, in an exhibition curated by US critic Hilton Als. The show focuses on the five decades in which Neel lived and worked in upper Manhattan – first in Spanish Harlem, and later, the Upper West Side (where she was relocated by her landlord in 1962 and lived until her death). Split across two floors, the exhibition clearly shows the development in Neel’s style, as her confidence grows, evolving the absolute uncompromising certainty of her vision evident in her better-known, later works. While the ground floor paintings, from the 40s and 50s, are somewhat overworked, painted to the very edge of the canvas, darker in tone; those on display upstairs, from the 60s and 70s, show a simplification in which the backgrounds become almost irrelevant, casually sketched in, often left unfinished. Blue paint outlines the figure, with colour sparingly placed. The expressiveness is never compromised, and, despite their subtlety, the paintings avoid becoming merely illustrative. The critic Robert Storr said: “Distinction was a medium for her as much as a thing to achieve.” Nowadays, Neel’s style is admired – and appropriated – by many a striving figurative painter, but, in her time, she certainly was one of a kind. 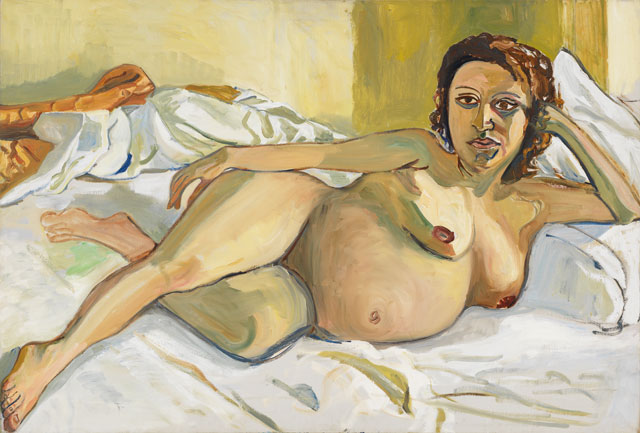 Neel went on to have two sons – just two years apart, but by different fathers – whom she brought up with her long-term partner, photographer Sam Brody, an abusive man who mistreated Richard, the elder son, who was not his own. Neel tolerated this abuse, gaining energy from the emotional stress of her regular jousting matches with Brody. She spoke of her art as a search for freedom – “You never find it because there ain’t any freedom, but at least you search for it” – and also described “serving a sentence”. “Instead of jumping out the window, I’m putting in the time,” she said. Although partly employed by the Works Progress Administration, Neel’s portraits were not specifically commissioned, and she continued to paint people who sparked her interest – African Americans, Latinos, Asians, and other people of colour: dreadlocked Stephen Shepard (1978) was an art student; Pregnant Maria (1964) was a friend of students who lived in Neel’s building; Benjamin (1976) was the son of the superintendent of the building. The latter, a young boy, is portrayed entirely unsentimentally, as are all of her later child portraits. Her mothers and children, too (not included in this show), express each person as an individual, free from mawkishness – the detachment perhaps a reflection of her own experiences as a mother. 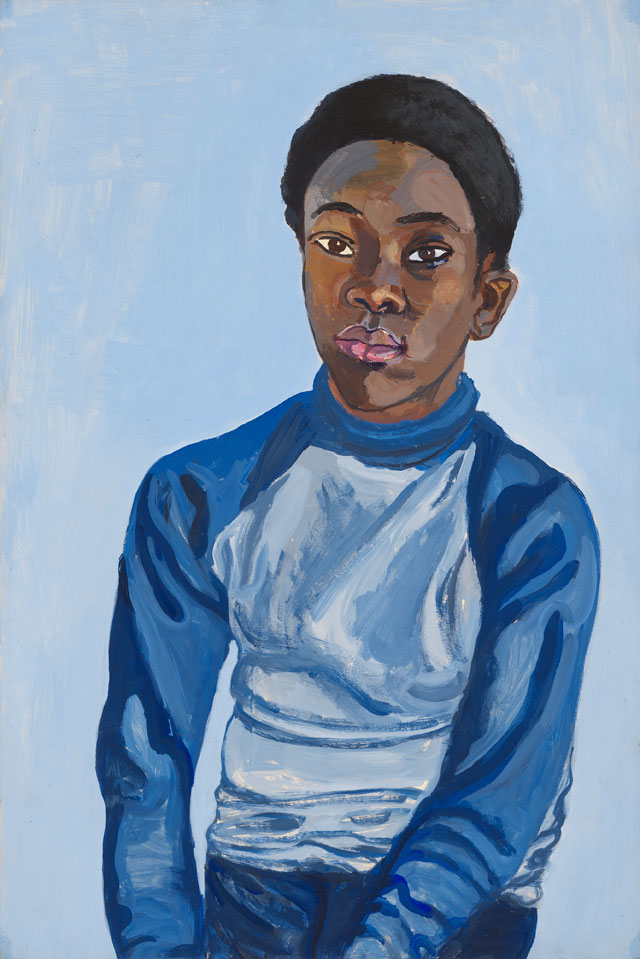 Painted head-on, the portraits – “I hate to use the word ‘portrait’ because for so many years the portrait was so despised” – are intimate and demanding. Neel said: “I like it to look like the person but to have their inner character as well. And then I like it to express the zeitgeist.” After a long painting session she describes feeling like an “untenanted house”, struggling to go back to herself, after “living in them [her sitters]” for the duration. Her searing analysis and sharp observation of others is a trait typical of someone uncertain of her own self, and she smiles as she recalls being called “Dr Jekyll and Mrs Hyde”, because of her smiling persona compared with her inner reality and artistic output. 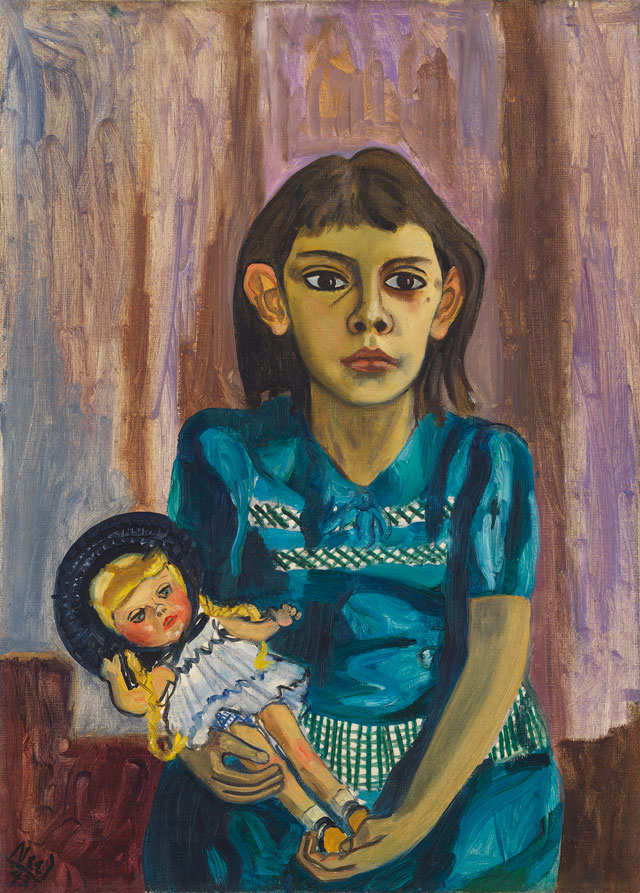 As well as employing the physical angularity and large eyes of German expressionism (Julie and the Doll, 1943, bears the eyes of Alexei von Jawlensky’s Christ), Neel’s compositions are striking for their flagrant disregard of proportions, with features (such as hands) enlarged when they have something to say (for eyes and hands are, after all, the communicators of the soul), and contortions invented to suit the constraints of the canvas. While Pregnant Maria assumes a classical, odalisque-esque pose, Ballet Dancer (1950) draws his right leg in close, a yogic stretch possible only for such a supple performer, but even so his kneecap and elbow are cut off, outside the frame, rendering the image less static, more immediate, more present.

Despite doubting her right to paint, Neel remained absolutely committed to the canvas. Even to the detriment of her children, people and paint were the core of her life. “Art is not as stupid as human conversation,” she said. But her figures are just that – humans conversing with the viewer, baring their souls, expressing who they are and what they dream of – perhaps more so than they could ever put into words.

• Quotations in this review are taken from Alice Neel. A Film by Andrew Neel (2007) 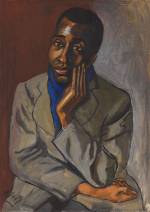 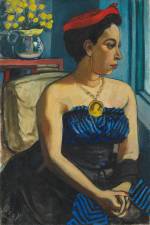 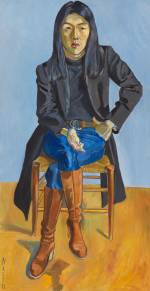