Unfinished … Works from the Courtauld Gallery

Unfinished … Works from the Courtauld Gallery

Most artists, at some point, are asked, ‘How do you know when a work is finished?’ It’s a surprisingly difficult question to answer for artists and historians alike, but one that is being explored in the Courtauld Gallery’s annual Summer Showcase

The beauty and importance of the unfinished artwork has been recognised since antiquity. It represents a moment in time, a point of suspended animation. It also allows us to glimpse an artist’s process and to look through their mind’s eye. But as this exhibition shows, judging what is actually finished, and what has been abandoned, can be a tough call.

The gallery has searched its rich collection to bring to light works that have a question mark over their status as finished pieces. Some have been abandoned halfway through due to sheer exasperation. James Abbott McNeil Whistler, for example, just couldn’t finish one painting in particular, a monumental piece that featured three young women. Despite the fact that visitors to his studio commented on how beautiful it was, he was never satisfied, painting, scraping and repainting it over the course of years. Finally, he decided enough was enough and committed to scrapping it. Thankfully, one of his patrons saved a section. And here it is, an elegant woman, virtually nude save for a red hat. She crouches to tend to some cherry blossoms in what appears to be a walled garden. But in Whistler’s eyes, she was never complete.

Rembrandt Van Rijn was not so squeamish when it came to his unfinished works. An etching by the Flemish master, which leaves the foreground figures loosely sketched while the background is meticulously rendered, was printed more than once and allowed to circulate, probably among his students and patrons. Perhaps he thought it would make a useful teaching tool, or was just happy enough with what he had completed to let others see it. Rembrandt made many sketchy etchings, so it would seem that he was happy to share works that others would deem unfinished.

The incomplete state of artworks also gives us a window into techniques. A painting of the Holy Family With Saint John the Baptist (c1534), attributed to Perino del Vaga, a pupil of Raphael, beautifully demonstrates how the image was constructed through a combination of tracing from a cartoon and drawing freehand. The result is magical. It is as though the drawing itself is coming to life, as the perfectly modelled bodies of the infants and the adults’ hands seem to pop out of the flatness of the brown sketch underneath. As the introduction to this exhibition has it, it is like peering “over the artist’s shoulder centuries after their death”.

More so than any other piece in this exhibition, JMW Turner’s hasty little watercolour sketch, A Boat on Rough Sea (c1840), captures the moment of its creation. Look carefully and you will see circles on the painting that are slightly darker than the background. Turner has had to abandon work due to rain, and the drops of water have marked the study to produce what is actually a rather attractive mottled effect. I can’t help but think that this would have pleased the great man himself, who went to such extraordinary lengths to capture the drama of the environment around him.

Sometimes what looks unfinished is, in fact, perfectly complete in the eyes of the artist. Studies, sketches and paintings are as much about recording and communicating ideas, as they are about producing polished artworks. Once a piece has captured what the artist set out to record, it is, to some, finished; its purpose has been achieved. To contemporary eyes, for example, Paul Cézanne’s landscapes looked woefully underworked. Parts of the canvas were often left unpainted and were even used to delineate sections of the composition. His Route Tournante (Turning Road) c1905, exhibited here, is a perfect example of this approach and it is still not known whether Cézanne viewed this painting as complete. But to Cézanne, this was just another way of working, and the result appeals to modern sensibilities.

Also included on display are a couple of charming statuettes that were originally crafted from wax and clay and cast in bronze only after Edgar Degas’ death. These are considered unfinished because he never intended them to be polished works of art. He continually moulded and remoulded them to use as references for his drawings. However, Degas’ contemporary, Auguste Rodin, manipulated the idea of the unfinished artwork to great effect, allowing his sculptures to emerge and remain half-formed and half-realised as though they were climbing out of the very stone from which they were made. Sadly, none of Rodin’s work is displayed here, but he would have provided a good example of an artist who played with what it means to finish a work.

Unfinished feels a little, well, unfinished. The accompanying text is interesting and the idea a good one, but it would make for a braver and more fascinating exhibition if it were expanded. In other words, it is too brief. It is true that the Summer Showcase is not intended as a huge blockbuster exhibition, it is really more of an enlightening insight into the Courtauld Gallery’s collection. But if the National Gallery can stage an exhibition on colour and pigments as it did last year, then there is definitely scope for one on artistic process and the beauty of the unfinished. 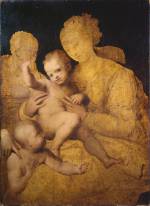 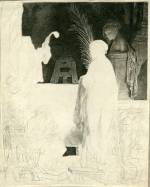 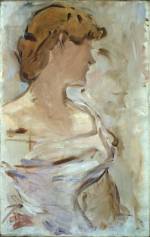 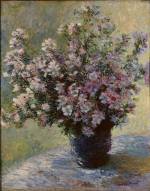