The Berlin-based performance artist returns to the UK with human boulders, everyday anecdotes and public displays of affection set amidst 18th-century gardens

The South Lawn of Blenheim Palace is spotted with human boulders. A few dozen people crouch in foetal positions on the grass, their bodies rising up from its long, flat plane. When I approach one of them, he slowly unfurls himself, rises to his feet, puts on a mask and then, fixing me with a look, recounts the tale of a summer scramble up Snowdon, where he found freedom in disobeying fixed paths. Then he curls back down. Across the lawn, other participants are rising up to tell their own stories.

This is a version of These Associations (2012), by the Berlin-based performance artist Tino Sehgal (b1976, London). It is one of several of Sehgal’s performance pieces spread around the gardens and grounds of Blenheim Palace, laid out in the 18th century by the landscape designer Lancelot “Capability” Brown. The Upper Water Terrace, a triumph of hydraulics, sees four performers wading in the pools while the sounds of an organ drift outside. In the Secret Garden, an opera singer belts out Barbra Streisand’s Somewhere. Only when someone approaches does she stop, in order to recite, like a living wall text, the name and year of the work – This You (2006) – before starting another song. 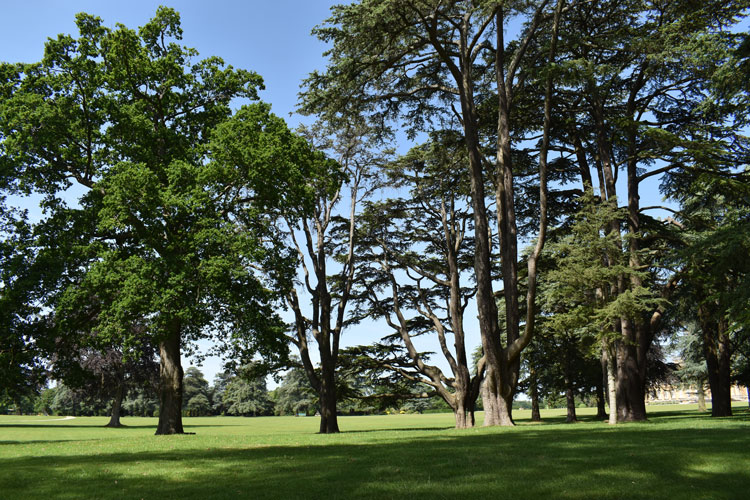 Within the palace’s Great Hall, a man and a woman move languidly through a series of amorous poses, as dictated by Sehgal’s work Kiss (2002). Though their forms are drawn from works of modern art, the ostentatious surroundings make it seem more like a deleted scene from a particularly raunchy period drama. They don’t seem to mind the interruption. You might wonder what visitors here for the baroque architecture and military associations will think of this display of unabashed eros in Winston Churchill’s birthplace.

Repeat attendees will know by now to expect the unexpected. This exhibition is the eighth run by the Blenheim Art Foundation, following 2019’s headline-grabbing Maurizio Cattelan show and last year’s invigorating new painting by Cecily Brown. As well as being the first performance-based entrant to the series, it is also the first to take place largely in the palace’s sumptuous gardens and grounds, in a one-finger salute to a year of isolation.

I vividly remember my first encounter with Sehgal’s art. It was the summer of 2012, when These Associations premiered at Tate Modern. A swarming mass of performers – perhaps you could call them dancers, but they certainly weren’t trained – ran around the Turbine Hall, pinging about like atoms. At first, I was baffled: I was used to seeing the space filled with playground-like contraptions such as Carsten Höller’s slides, or turned into a monument to itself, as with Doris Salcedo’s Shibboleth.

But the performance (or, as Sehgal calls it, “constructed situation”) quickly drew me in. The participants, attired in the best-forgotten style of the early 2010s, began to chant something about electricity, seeming to control the room’s lights with their words, in a sort of conjuration of the Bankside Power Station’s original function. The best was yet to come, however, as one of the performers broke away from the swarm and unloaded his life’s regrets on me. After some trepidation, I began to talk back.

By getting Londoners to talk to each other, These Associations accomplished the near-impossible. It also felt like a landmark in public-facing contemporary art, at least for Britain. Its very immateriality seemed like an attack on the luxury bling of the late Young British Artists period, as epitomised by Damien Hirst’s diamond-encrusted skull (which was exhibited at the Tate just before). Sehgal’s works are intangible by design, to the extent that he bans written instructions for performers, sells them through an oral ceremony and bans press photography, hence the shots of Blenheim’s grounds used to illustrate this review.

Sehgal’s work also changed my understanding of performance art. Much that I had encountered previously was driven by the ego of a single artist, self-cast as a shaman figure to marvel at and genuflect before. These Associations instead found its spark in the experiences of others. It was about interactions between people, both participants and beholders, something underlined by his decision to work with largely local, non-professional performers. I found myself going back again and again. One friend was so beguiled that he became a participant. 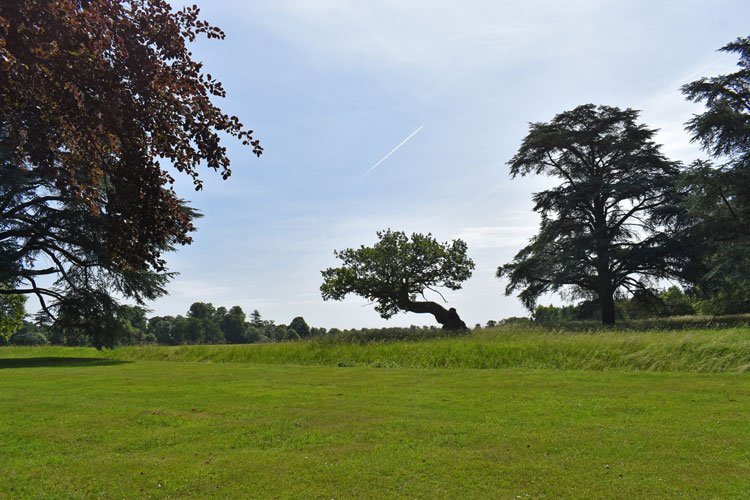 At the time, Sehgal was at the crest of wave, with a Turner Prize nomination and works at Documenta 13 and the 2013 Venice Biennale, for which he won a Golden Lion. He has since exhibited widely and successfully, with highlights including a piece in Athens that saw actors try to engage their audience in Socratic dialogue. But it would be fair, I think, to say his work no longer stands at the performance art zeitgeist, which I suspect has something to do with his work’s seeming optimism about human connection during an era of trenchant division.

There are times at Blenheim where the work approaches a cheery kitsch, especially when Sehgal stresses the post-lockdown context. One piece has participants stand around the Palace’s Great Court chanting “waah waah, wah wah wah waaaah” as a pair of singers move into an embrace, contact regained. I was a little lost by This Joy (2021), in which a group of (seemingly professional, or at least trained) performers mumble along to Beethoven while cavorting in an Arcadian grove. It climaxes with the spurting of a fountain.

My cynicism could only last for so long. As the marches and the chants built up, they came to acquire a ritual quality. There is an interest parallel with Brown, who shaped nature into an artificial, idealised version of itself. Sehgal is taking simple human acts – walking, singing, conversing – and concentrating them into energetic set-pieces. Like rituals and everyday life, they can be absurd: at one point, a crowd breaks into a bout of dancing, of the sort best done home alone, a tribute to the joy of free movement. And almost a decade since These Associations debuted, the act of hearing a stranger’s story remains among the most transfixing and disconcerting experiences in 21st-century art. Chuck that diamond-encrusted skull and head outside.