The Gao Xingjian Experience: A Personal Journey to the Infinite

The Gao Xingjian Experience: A Personal Journey to the Infinite

'The Gao Xingjian Experience' is the first retrospective art exhibition in Asia of the celebrated multifaceted writer-painter, Gao Xingjian, who was propelled from obscurity to international prominence when he was awarded the Nobel Prize for Literature in 2000. The first Chinese-language Nobel Prize Laureate, who is known for his Modernist and Humanist works of universal validity, Gao is also an eminent artist whose dark, stark, ink paintings highlight the transitory nature of existence. Held from 17 November 2005 to 7 February 2006, the exhibit was organized by the Singapore Art Museum in conjunction with iPRECIATION Gallery. The show featured a total of 60 monochromatic ink paintings, with ten new works from the Paris-based artist. Patricia Ong, Curator of the Gao Xingjian Experience, explains, 'Gao Xingjian regards his paintings as expressions of "inner visions", entry-points to experiencing mindscapes …' This, perhaps, explains Ong's decision not to place the paintings in chronological order. Instead, she grouped them into three main bodies of works - figurative works, physical interpretations and works dealing with emotion. To complete 'The Gao Xingjian Experience', a bilingual Cultural Forum was held, with discussions by international scholars on Gao Xingjian, including Professor Gilbert Fong of the Chinese University of Hong Kong, Dr Mabel Lee of the University of Sydney, Australia, Dr Noel Dutrait of University of Provence, France, Professor Chen Lusheng of Central Academy of Fine Arts and National Art Museum of China and Dr Quah Sy Ren of Nanyang University, Singapore. 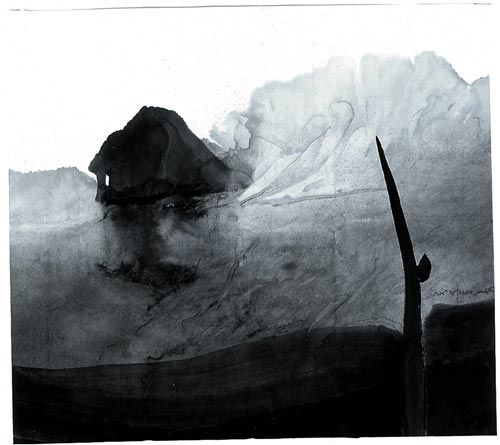 Born in Ganzhou, Jiangxi, China, on 4 January 1940, Gao has survived turbulent changes that occurred in China during the mid-to-late 20th century, including the Japanese invasion of China, the Cultural Revolution, the trauma of a mistaken lung cancer diagnosis, and criticism from the Communist Party during its 'spiritual pollution' campaign. The latter marked the beginning of a self-imposed exile - a 15,000-kilometer journey from Beijing to Sichuan, following the Yangtze from its source to the coast, along the margins of mainstream society. It was a physical and spiritual journey for Gao, in search of the sacred mountain of Lingshan. His travels led him to a greater understanding of his trials, which he subsequently revealed in Soul Mountain, a haunting work of autobiographical fiction.

In 1987, after the government banned his works from publication and performance, Gao left China. He applied for permanent residency in France, and in 1998, he became a French citizen. With the distance from, and removal of, constraints, and the fear of political persecution, Gao's perspective changed. His attitude, adopted over the last 12 years of living in France, can be summarized as 'nothingism'. Essentially, the artist has chosen to disregard any ideologies or trends that would restrict the absolute freedom that he strives for in his work. Attempting to transcend the boundaries of nation and culture, Gao functions as a citizen of the universe, rather than of any particular country. As a result of his all-embracing identity as an artist, it is difficult to label his ink paintings as Eastern or Western. Dr Gilbert Fong of the Chinese University of Hong Kong noted that, like Gao's novels and plays, his paintings are the products of a 'Chinese eye looking through a Western lens' and do not belong to any particular culture.1

Apparently, Gao's encounter in 1979 with the works of European master painters made him realize that he would not be able to surpass these masters in the medium of oil. Thus, he returned to the traditional medium of ink and brush, and pursued his interest in the speed of brush and ink on rice paper, and the potential to be found within the traditional art of Chinese ink painting. After Gao moved to Paris in 1987, Chinese ink painting became his main source of income and gave him the freedom to focus on creative writing.

One may choose to view Gao's visual art with expectations based on familiarity with his written work, or to make connections with his literature and plays. In Gao's words, from Return to Painting, 'I would be far happier, in fact, if you were to simply look at my paintings without consulting these pages for confirmation or explanation'.2 It seems evident that the depth to be found in Gao's paintings is one visualized from within the artist. He took up photography during the Cultural Revolution, and has incorporated the viewing angle, depth of field and focus of photography into the landscapes and narratives of his mind. In Soul Mountain, from Gao's figurative works, the writer-painter's self (or ego) manifests itself as a chaotic mass or black hole with a lone figure. The composition depicts the turmoil and struggles within his innermost thoughts; what Gao sees as, 'More than self-expression … as a case of self-purification - observing with a pair of somewhat sober eyes the ever-changing world and one's own mainly unconnected self - than an act of self-expression'.3 Parallels can be found in the novel, Soul Mountain, in which the self manifests itself as the protagonists through the pronouns 'I', 'you', 'she' and 'he'. The novel's intricacies and nuances may seem unfathomable; language fails to bridge the gap between narrative and interior reality. But this is the point at which Gao's paintings begin to tell the story. In Oblivion, Gao's depiction of nothingness takes the form of an empty hut accompanied by a single stick-like trunk with a single leaf. This work brings to mind the aesthetics and language of Ni Zan (1306-74), one of the Four Great Masters of the Yuan Dynasty who lived through turbulent dynastic changes. Perhaps the empty hut in Gao's composition, like Ni Zan's empty pavilion, is a representation of Gao's abandoned home and the end of his idealistic view of the world into which he was born. The single trunk standing alone in the barren composition of In the Rain resonates with the same hidden declaration of survival in a hostile world.4

A quiet moment spent viewing Gao's monochromatic ink paintings in an empty gallery is like an intimate conversation with the writer-painter, who is baring his soul. If you expect to emerge from the experience of viewing this work with a greater awareness of the riddles of life, you might be disappointed. However, do not be surprised if you come out a little shaken from the intensity and feeling humbled by the encounter. Kwok Kian Chow, Director of the Singapore Art Museum, compares the experience to that of sudden enlightenment in Chan (Zen) philosophy, with the paintings capturing a heightened moment of human existence. The compelling narratives in black and white tones express the intellect and emotive power of the painter's unique language, creating a surreal watercolour-like image in ink. 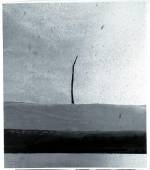 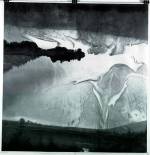 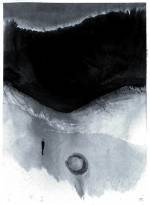