Hall’s accounts of the changing nature of artists’ studios from Greek antiquity onwards are enthralling. It’s just a pity that he devotes so little of the book to the changes in this century and the last 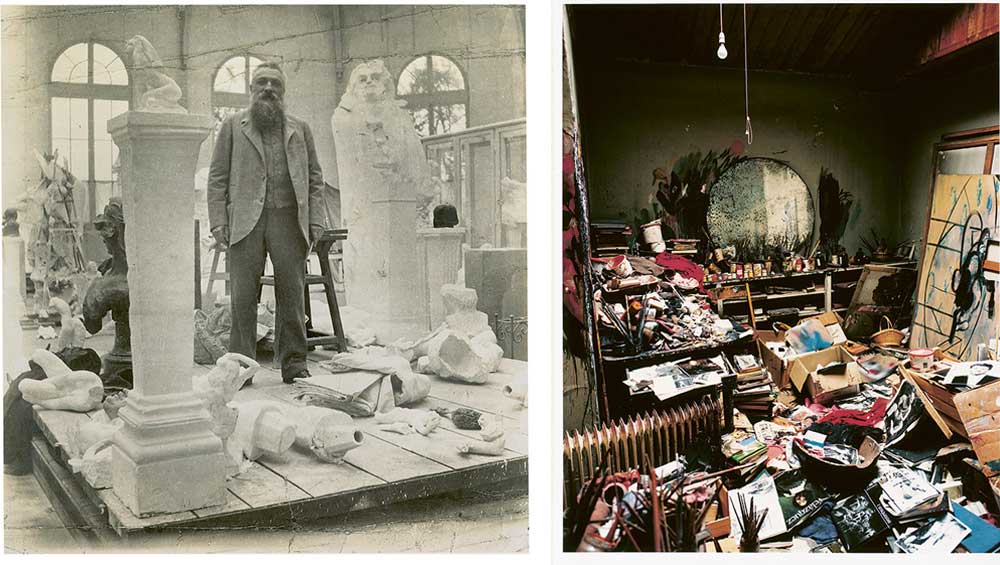 Like all good books, James Hall’s new work, The Artist’s Studio: A Cultural History, elucidates, in its introduction, its scope and extent, along with any limits and why they are in place. Hall sets out his stall, explaining that he will go beyond the often-mythologised painter’s studio to include sculptors and craftspeople such as shoemakers, textile workers, goldsmiths and writers, to name just a few. This is, after all, a cultural history, and when you read Hall’s account you will understand why particular developments in the studio space across the centuries were important. It is an account that considers the internal architecture of studios, their contents and the personal and professional activities and encounters that took place there. He acknowledges the geographical limits of his study, pointing out that only recently has there been an interest in the artist’s studio in the global arena and there is therefore a lack of historic material to support any wider study. So far, so good. Hall also informs his reader that his book will chart the evolution of the artist’s studio from the time of ancient Greece to the present day. That is an ambitious goal, and not one I think this book fully achieves, but what story does it tell?

In 15 chapters, the book takes us from ancient Greece moving forward in time to chart developments in the artist’s studio. There is a loose chronology, but chapters are thematic with a different enthralling development at the heart of each one. The fact the Hall goes beyond the standard accounts of the painter’s studio (often an individual painter) makes for a fuller and deeper understanding of how and why things developed as they did.

The earliest account of the artist’s workplace that he mentions is a description and dramatisation of the studio from Homer’s Iliad, c700BC. The wisdom of the workshop is foregrounded in accounts that depict the studio as a place of making, meeting, talking and thinking. Pliny places little value on visiting the artist’s studio, while Ovid sees the artist’s main drivers as love and a longing for perfect beauty, rather than any monetary or religious motives. An early chapter entitled Struggles in the Scriptorium is one of the most impressive in its evocation of the sights, sounds and smells of the studio. The scriptorium, or writing room, was the site for making manuscripts. Hall’s account of animal parchment, pointed styluses and scribes depicted as surgeons gives an aggressive and violent counterpoint to the quiet and sedentary activities of daily prayer and reading for which the manuscripts were required.

There is the fascinating tale of the goldsmith’s workshop and the emergence of a gathering of goldsmiths on the Grand Pont in Paris (destroyed by flooding in 1280 and rebuilt) and later the Rialto in Venice and the Ponte Vecchio in Florence, all making for better footfall, greater security and control of fires. There is a cameo appearance from the 20th century here as Hall makes unconvincing comparisons between the Grand Pont setup and Claes Oldenburg’s The Store (opened in 1961) and Tracey Emin and Sarah Lucas’s The Shop (opened in 1993). The Renaissance concept of the studio turned away from the street to create myth and mystique around the artist and the creative space. The emphasis was on the importance of solitude and solitary study.

Still, the smells of the studio are foregrounded, something I had not considered previously. For instance, the Florentine painter Cennino Cennini’s treatise The Book of Art (c1400) recommends avoiding mixing a paste of red lake and urine “because it stinks straight away”. In 1467, the Paduan painter Francesco Squarcione, then in his 70s, established the first documented public art school with a star-studded list of pupils including Andrea Mantegna. Squarcione’s unique offering was a study collection of prints, sculpture, coins and medals for his pupils to work from. He also taught the new science of perspective and foreshortening.

When it comes to Michelangelo (1475-1564), I love the fact that Hall claims him as “a patron deity for modern ‘anti-studio’ and ‘post-studio’ artists”. This comes alongside the telling of Michelangelo falling off the scaffolding while painting the Sistine Chapel ceiling, the apparent filth in which he lived, and Giorgio Vasari’s claim that he wore the same boots for months, his skin peeling off when he finally removed them. This all makes for a very engaging chapter.

Painting and drawing by artificial light began in Renaissance times but, as Hall points out, nocturnal painting came of age in the 20th century since it facilitated anti-naturalism and subtraction. We are told that Picasso liked to paint alone at night, Duchamp painted by gaslight in New York, and Kandinsky had a fondness for dusk. Lucian Freud (1922-2011) had a day studio and a night studio. All this comes in less than two pages, and it feels cursory. It is frustrating that more is not made of this material.

There is a captivating chapter on the use of mirrors and another on the place of women in the studio, linking the latter to gendered concepts of media and style. The idea of the studio as a chaste space is an especially interesting one with the contents of the studio changing from about 1500 and in relation to how artists positioned themselves socially and culturally. Hall identifies the idea of the chaste studio from about 1800. Exemplary of this is the cell-like studio of the German painter Caspar David Friedrich (1774-1840). Hall references the fashion for artists at this time to occupy former religious buildings “just as they would occupy disused industrial buildings with religious fervour in the late-20th century”. Again, this is an instance where Hall teases the reader with a reference to 20th-century developments then moves swiftly on without developing the reference.

Not until the final two chapters of the book is any real space is given to developments in the 20th and 21st centuries. The Bauhaus and Andy Warhol’s The Factory, along with outdoor making of various sorts, get some attention here, as does Robert Smithson’s announcement of the “fall of the studio” in 1968. Hall mentions Anselm Kiefer’s gargantuan studio complex, which he established in 1992, before departing for a new studio in 2007. Finally, I thought, the book was going to deal with more recent developments. Instead, after a few paragraphs, it ended. It is frustrating that a book can deal so well and so originally with earlier periods in terms of approach, case studies and illustrations, but not fulfil its promise on more recent times. There is surely no lack of material on developments in the artist’s studio in the 20th and 21st centuries, so it is a great pity these periods are not dealt with fully. If you are interested in the artist’s studio from Greek antiquity until about 1900, this book is definitely for you. As far as 1900 to the present day is concerned, well, that is another matter.

• The Artist’s Studio: A Cultural History, by James Hall, is published by Thames & Hudson, price £30. 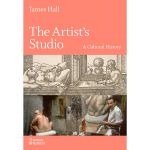