The Art Scene in Santa Fe

The Art Scene in Santa Fe

If you want to experience art in an exquisite setting, go to Santa Fe, New Mexico. Officially named La Villa Real de la Santa Fe de San Francisco de Asis (the Royal Villa of the Holy Faith of St Francis of Asisi) in 1823, Santa Fe, or 'Holy Faith', has a population of more than 62,000. It is located at an elevation of 7,000 feet above sea level in a valley between the Sangre de Cristo Mountains and the Jemez Mountains in northern New Mexico. This region has been home to the Pueblo Indians for more than 1,000 years. Spanish colonists founded the first territorial capital there in 1598 and, as the capital of New Mexico, it is the oldest continuously serving capital in the United States. Later, the Santa Fe Trail, which ended at the Santa Fe Plaza in the centre of town, brought travellers westward and made it a major city for commerce. Today, Santa Fe is a centre of art, architecture and culture and it is estimated that one in six residents is employed by the art industry, including painters, sculptors, photographers, framers, curators, foundry workers, and art dealers. It is recognised as one of the most important art centres in the USA with a global presence and an ever-changing kaleidoscope of artists, galleries, art fairs and museums. Nowhere on the planet is there so much diverse, collectible art in such a congenial, intimate and vibrant setting. 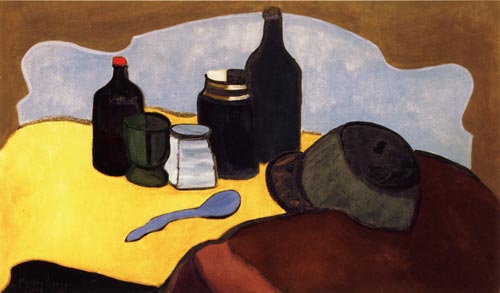 Art is everywhere and museums abound: the Museum of Fine Arts, the Georgia O'Keeffe Museum, the Institute of American Indian Arts Museum, the Museum of International Folk Art, the Museum of Spanish Colonial Art illustrating the Spanish influence in the New World with art and decorative objects, the Museum of Indian Arts and Culture/Laboratory of Anthropology and the Wheelwright Museum of the American Indian. On Old Pecos Trail is situated the Santa Fe Children's Museum with both indoor and outdoor interactive exhibits for kids (and parents too!). There is also the Center for Contemporary Arts with its exhibits, installations, videos, movies and performances, and at the historic rail yard district and Site Santa Fe, with its changing exhibits of contemporary art.

The city is recognised as a thriving and important art market. While it is known as a centre for contemporary art, traditional styles are also important: Native American art, tribal art from many parts of the world, Hispanic art, South-Western art and folk art. There is a remarkable aesthetic diversity from regional expressions to classical styles, from primitive to avant-garde: antique Navajo weavings, Pueblo pottery, surrealist paintings, sacred and secular icons, tonal to colorist landscapes that are impressionistic or expressionistic, photography, beadwork, and sculpture gardens. And, although it is the capital of New Mexico, for a town no larger than a small suburb, Santa Fe ranks as a major art centre with more than 230 art galleries. For the serious collector, this also is a professional art town with knowledgeable and helpful gallery dealers.

In the past 30 years, the most striking change in Santa Fe's visual arts market has been the growth of contemporary art, especially in the high-end, serious contemporary art market. And, as the art historian, Edward Lucie-Smith has noted, the story of modern and contemporary art is also a story of great art dealers. In Santa Fe, the gallery owner and art dealer, Riva Yares, and her son Dennis Yares are in that category.

In fact, Riva Yares had her base in Scottsdale, Arizona, before she opened a second gallery in Santa Fe. The galleries, commercial though they are, have the look and feel of well-run museums. They have exhibited both the classic names of contemporary art as well as other artists whose reputations were not so fully established. Among them are Milton Avery (American; 1885-1965), Fernando Botero (Columbian, b.1932), Jim Dine (American, b.1935), Helen Frankenthaler (American, b.1928), Adolph Gottlieb (American, 1903-1974), Al Held (American, b. 1928), Hans Hoffman (American, 1880-1966, Germany), and many, many others. All the artists' works are presented with the eloquence and panache of a public institution.

The Riva Yares gallery in Santa Fe, designed by leading Minimalist architect, Claudio Silvestrin, is as elegant as the refurbished gallery in Scottsdale where, for four decades, Yares has exhibited the works of the artists she represents. An Israeli immigrant with very little money when she first set out, Riva Yares has had enduring success by backing the right artists at the right time. In 2005, the Santa Fe gallery presented 'Manuel Neri, Fifty Years of Work: Sculpture, Paintings, Drawings'. It was first shown in Scottsdale from 3 March-4 April 2005 before opening in Santa Fe and running from 27 May-27 June. Neri's early sculptures exhibit contrasts between gently modelled areas and those that have been violently slashed and gouged. Edward Lucie-Smith, writing in the catalogue of the exhibition, links Neri's work to the figurative style of the painters of California's Bay Area, including David Park, Richard Diebenkorn, Elmer Bischoff, Joan Brown and Nathan Oliveira. Neri's signature material is plaster, which he loves. 'La Palestra No. 3' is an example of Neri's plaster sculpture with dry pigment, steel armature, polystyrene and burlap. As he has said, 'It's cheap. You can do anything with it. You can keep adding to the figure. If you don't like what you have, you can start over. And I love that dead white'. Despite this, he has always made extensive use of colour. Included in the exhibition was a group of drawings from the 1950s that depicted standing female figures, seen singly or in pairs. A group of drawings from the same period is quasi-abstract with atmospheric, rectangular figural forms floating in space as if looking at, and through, a window. Lucie-Smith notes in the catalogue that Neri's 'Approach to the figure became more personal with the advent of a model named Cara, whose heavy bosom and crooked back contributed to her awkward stance' and 'Much more fluid images appear in the 1970s, inspired by a new model, Mary Julia (Klimenko) with whom Neri has continued an intense creative relationship for more than 30 years ...' At the end of the 1970s, Neri began working in marble in Carrara, in Italy, and had difficulty finding models there. As a result, he borrowed poses from fashion magazines in which the self-conscious gestures of the young women fascinated him. In the last two decades, his work has continued to evolve, in part dictated by the technical challenge of using other materials beside plaster. His work in marble has a dense, compact elegance that makes it very different from his sculptures in plaster, for example 'Encantada III' (2004). There is an historical echo of the archaic Greek statues of maidens (Kore) and, perhaps, of early representations of the Mother Goddesses, Demeter and Cybele.

From 8 July to 15 August 2005, the Riva Yares Gallery in Santa Fe exhibited 'Milton Avery, Connections Over Time', which will end its run at the gallery in Scottsdale from 19 February to 13 April 2006. In between, it will travel to Art Basel Miami for a short exhibition from 1 to 4 December 2005. As James Panero, Associate Editor of the New Criterion, wrote in the essay for the exhibition catalogue, 'Avery crafted his work through an ideal of interlocking shapes and colours that allowed for a special form of dynamism. Green mountains arch against pink sky. Brown cliffs slip between orange hills and blue rivers. Shapes tease one another. Like the pieces of a jigsaw puzzle they notch into place. [And] they key into parts of other paintings from decades off ... Avery duplicates. He simplifies. He zooms into earlier work. He connects'. This is the point of the exhibition, featuring side-by-side images from different periods of Avery's career. As the Riva Yares Gallery represents the Milton Avery Estate, these connections in his subjects over time can be made. An example of such connections can be seen in 'Still Life with Spoon', juxtaposed with 'Still Life with Bottles'.

Following the Avery exhibition, the Santa Fe gallery presented an exhibition of the paintings of Paul Pletka, 'Nuestro Señor El Desollado (Our Lord the One Who is Flayed)'. As Pletka said of his paintings in the exhibition, 'Every year during Lent, rural communities throughout Mexico re-enact parts or all of the stages of the Passion of Christ. This occasion allows for an amazing convergence of two distinct, but strangely compatible, cultures: Spanish Catholicism and the remnants of the great pre-Hispanic civilizations such as the Mexica, Tlaxcalans, the Tarascans and the Mixtecs. 'Since visiting Mexico in the 1970s, I've been intrigued by the melding of these two cultures, which is most obviously observed during religious events. I was especially drawn to the 13th station, the Descent from the Cross, as a vehicle to express the chaotic blending of Catholic and Native beliefs, liturgical dress and rituals that come together for this dramatic moment on Good Friday. [The exhibition] 'Nuestro Señor El Desollado' translates to 'Our Lord, the One who is flayed.' This title can be applied to both the penitential images of Christ as expressed in Mexican religious sculpture and those of the Mexica deity Xipe Totec, the god of renewal and greenery. There are other similarities. Both Christ and Xipe Totec are honoured at the same time of the year. Both religious figures involve the act of sacrifice ... The painting in the exhibition title 'Nuestro Señor El Desollado' combines numerous elements and personalities from both Catholic and Native religious traditions. The central figure is the articulated statue of Christ being tenderly lowered from the cross by a lay priest and parishioners. He is portrayed in a classic manner with the exception of his head, which, in a symbolic connection to Xipe Totec, is covered with flayed skin ...'

Following the Pletka exhibition, the gallery presented a small exhibition of American art from its extensive holdings. Included in it were paintings by Morris Louis, Hans Hoffman and others. In the coming year, other dynamic exhibitions are planned, among them the retrospective exhibition of the paintings of Elias Rivera, to be presented in both Santa Fe and Albuquerque, New Mexico, along with a catalogue of 200 illustrated paintings and an essay about Rivera's art by Edward Lucie-Smith. 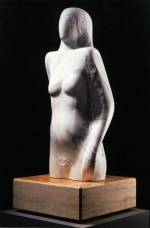