Nature, says Swartz, is her primary source of inspiration and her paintings are grounded in the increasingly complex relationship we have with it 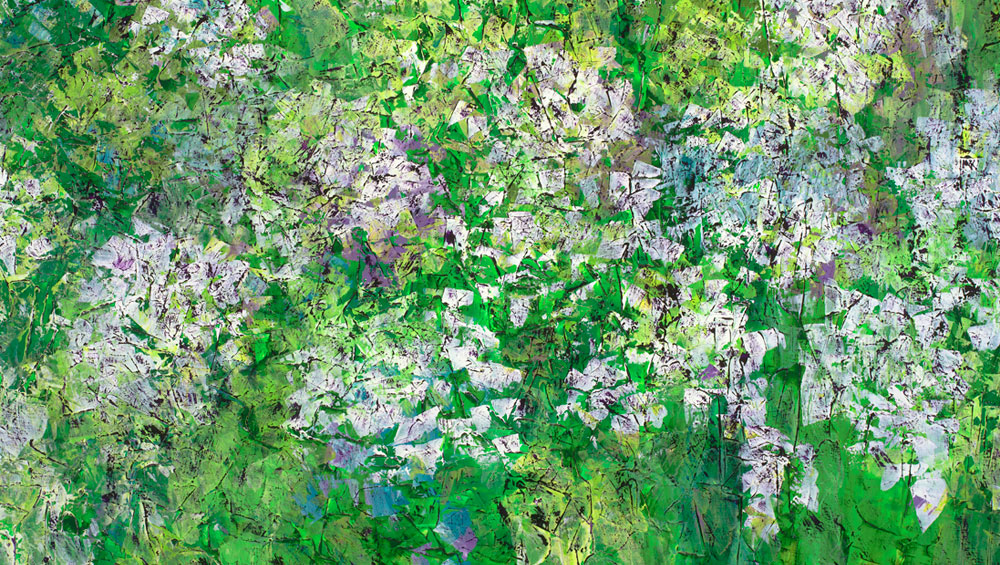 The American painter Susan Swartz’s exhibitions Personal Path and Breaking Away: 2006-2018 focused on a decade of her lush, painterly abstractions. Swartz revels in paint the way a child might, digging into its gloopy, earthy materiality. It is the medium that most directly captures and conveys her vision as it has shifted over the years, from the mimetic to the more abstract and expressive in her recent paintings. 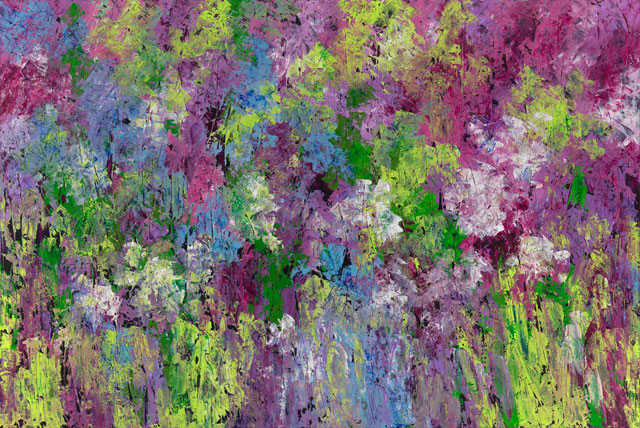 Her vision has much in common with the romanticism of Caspar David Friedrich, the atmospheric colours that are the hallmarks of JMW Turner and James Abbott McNeill Whistler and the luminous dissolutions of the impressionists, only more materially substantive, another characteristic of her production. In earlier paintings such as those from the series Landscape of Resonances – one of which, from 2013, was on display at CAFA – there is also a nod to contemporary artists such as Gerhard Richter. 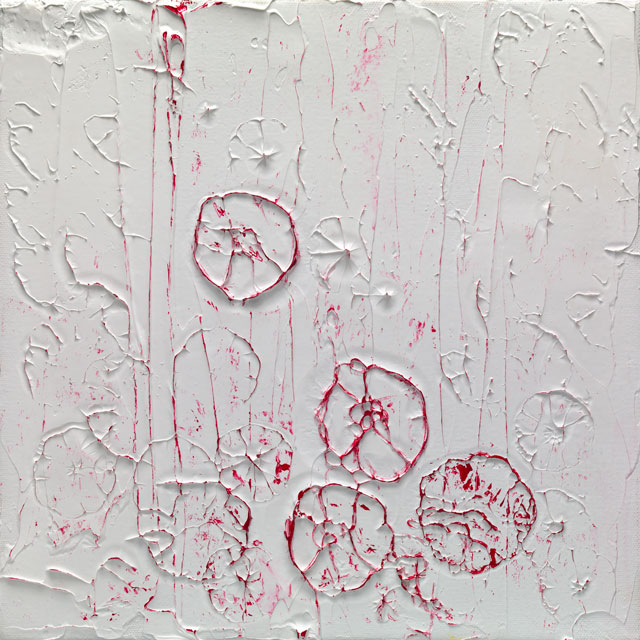 Swartz’s paintings often celebrate the domesticated and the more personally scaled, acknowledging and paying tribute to the immensities of nature and the wilderness, but grounded in what has been cultivated, shaped by human intervention, imagination and desires. There is also a very personal kind of autobiography embedded in them. 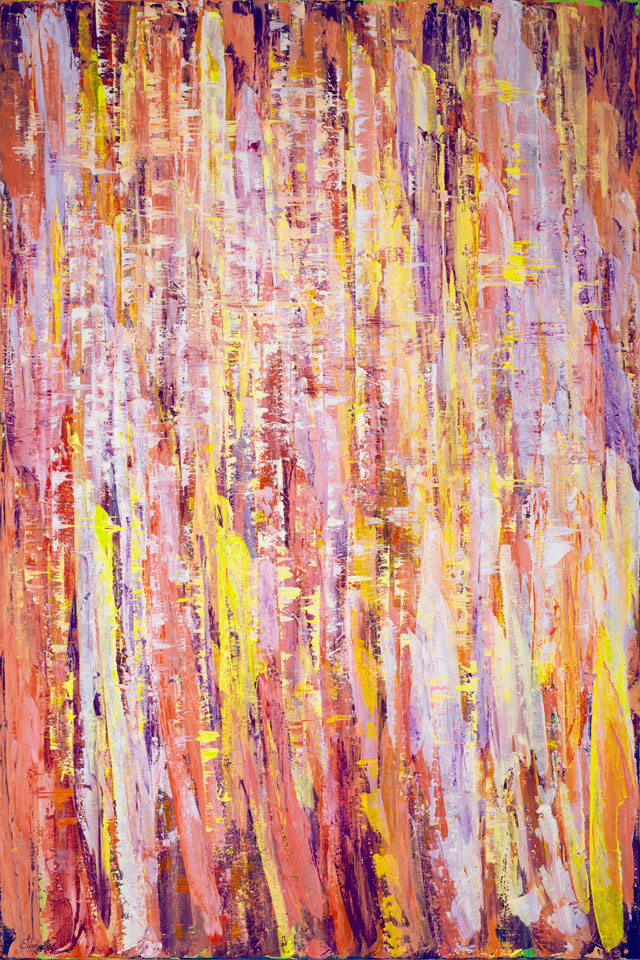 Metaphorically, her images evoke a prelapsarian paradise as well as a postlapsarian consciousness of mortality. Implicit also in these paintings is the increasingly complex relationship we have with a nature that is both beneficent and destructive, that gives and takes. Her landscapes, however, are about beauty, about bounty. Nature, she says, is her primary source of inspiration. 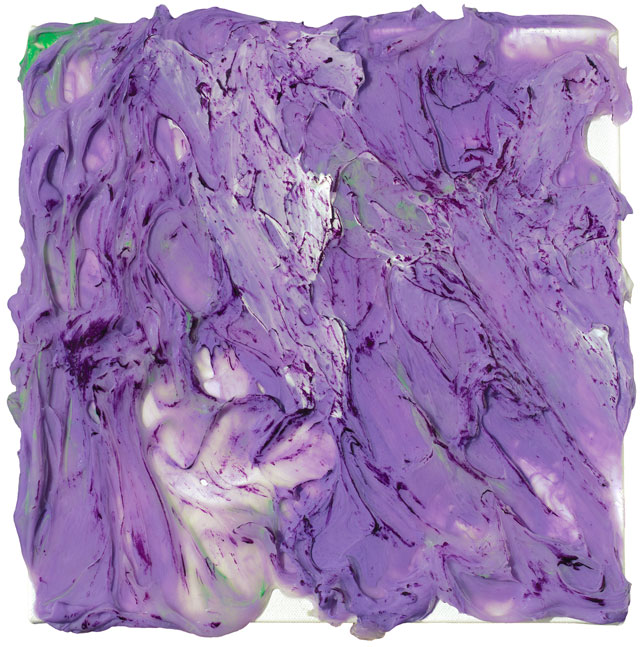 Swartz often works in series, but what constitutes these series is not predetermined. She depends on where the painting takes her, a process that is organic since her source is in flux. Two such series on display at both the Manetti Shrem and CAFA, Spectrum and Synthesis from 2017 and 2018 respectively, consist of one-foot squares that are more or less monochrome, although glimpses of other colours appear, their impact coming from the thickness of paint strokes verging on relief. 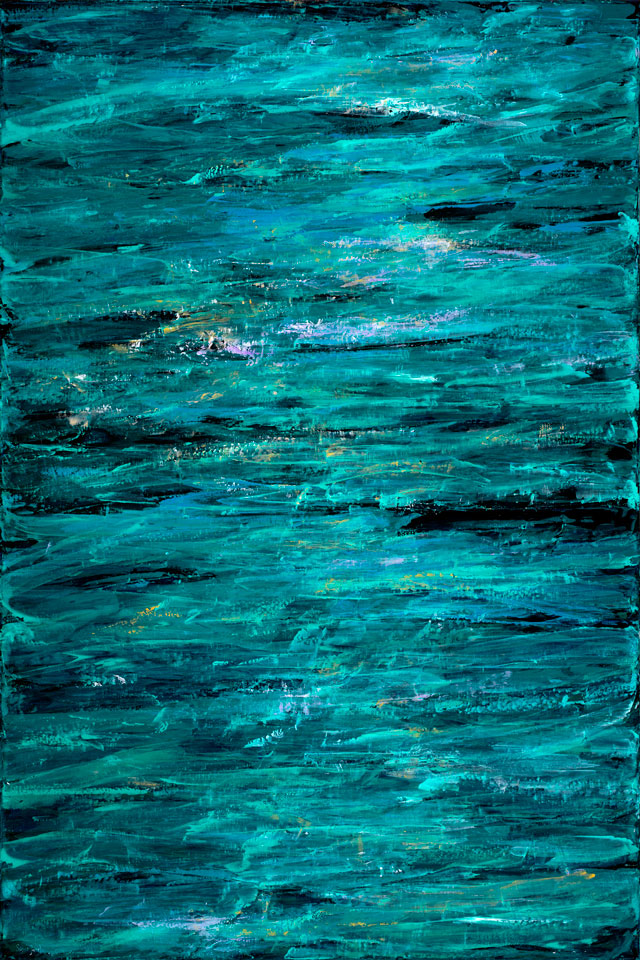 Others are tall verticals and installed sequentially to form another kind of immersive environment that is more austere, or landscapes seen from a greater distance, in earth and stone colours. Other paintings are panoramic, sometimes splashed with a band of vivid yellow, a striking blue, referring to the larger natural environment of great trees, high mountains, fields, skies, and water.

Her most epic series to date, however, is Nature Revisited, begun in 2016 and ongoing, prominently featured in both shows. The paintings in the sequence vary greatly, many brilliantly coloured, but the standouts are predominantly milk-white, creamy, with the embedded ghost of a single leaf, stem or branch like fossilised flora breaking through to the surface. 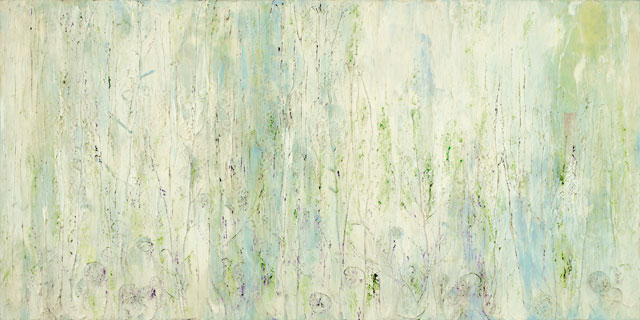 They also forcefully remind us that such landscapes are vulnerable resources and we must be attentive guardians of what we have been entrusted with.

While Swartz has been painting for decades, these abstractions are her most assured and expansive to date, another instance of a later, but resplendent bloom that is all the more rewarding to see. 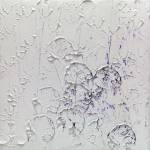 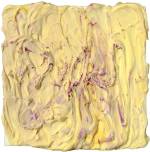 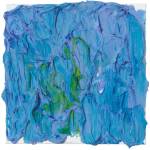