Radical educational establishment and sanctuary of the avant-garde in art, music, poetry and dance, Black Mountain College survived for only 24 years, but its influence spread far beyond its isolated North Carolina location. This exhibition, and its accompanying catalogue, offers 'a kind of afterlife to [the] artists' practices'1 by assembling the sometimes contradictory memories and records of the college's experimental achievements in paint, print, dance, pottery, photography, poetry, theatre and music. 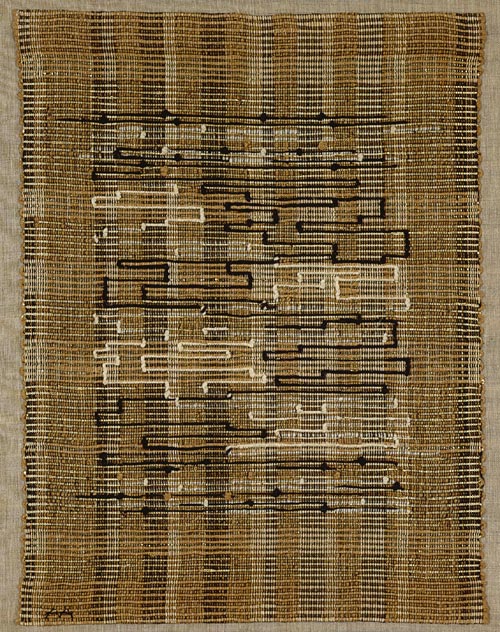 The list of practitioners and teachers who were drawn into the college's orbit is varied and exciting: Hazel Larsen Archer's portrait photographs introduce several well-known figures, including Robert Rauschenberg, Willem de Kooning, John Cage, Ray Johnson, Richard Buckminster Fuller and Merce Cunningham. The exhibition rooms are roughly divided into areas of mutual collaboration and influence - an appropriate attempt to organise such a variety of artists, given the interdisciplinary collaborations that the college fostered.

One room is largely devoted to the work of Josef and Annie Albers, who held central positions at Black Mountain from 1933-49. They arrived shortly after their previous home, the Bauhaus, had been closed by Hitler, and brought with them that institution's emphasis on working from first principles, or starting at zero. Josef Albers, in particular, stressed the importance of a structured approach to experimentation, as illustrated by his 'Study for Variant' pieces on show: systematic manipulations of colour that pay close attention to the interplay of neighbouring fields. Annie Albers' textile works are given equal prominence, together with her striking jewellery inspired by the treasures of ancient Mexico and made from household objects, such as hairpins, washers and a sink strainer. The presence of Bernard Leach and Shoji Hamada's pottery in the same room gives the impression that all forms of art and craft coexisted at the college - until you read that Josef Albers consistently opposed the opening of the pottery workshop until his departure in 1949, deeming clay too resistant a medium for students.2 Disagreements such as this are inevitable in any attempted utopia, and though they may have eventually helped to hasten Black Mountain's demise, they thankfully didn't prevent any number of seminal interactions.

Some of these have left no material traces, and can only be suggested through documentary evidence - an example being the prototype, 'Happening', organised by John Cage in 1952. The much-disputed 'Untitled Event' involved Rauschenberg's paintings, Charles Olson reciting poetry, Edith Piaf records played at double speed, and Merce Cunningham dancing with a stray dog.3

Olson oversaw Black Mountain after Albers' departure, and gathered together a group of writers who would leave a permanent mark on American poetry. His delight in the pre-European art of Central America mirrored that of the Albers, and against an ebbing tide of students and finances, the college under Olson supported a small press, ceramics and dance events, and some remarkable collaborations. On display is Rauschenberg's arrow-filled ink painting for Joel Oppenheimer's poem 'The Dancer', and Cy Twombly's cover for Robert Duncan's 'The Song of the Borderguard'. There are also Larsen Archer's series of beautiful mid-air shots, 'Merce Cunningham dancing out-of-doors at Black Mountain College.'

Writing in the catalogue, Christopher Benfey calls Albers and Olson the 'alpha and omega of Black Mountain'.4 But, between and among these two influential teachers came a whole range of experimenters and artists, often drawn to the college's summer arts programmes. These programmes saw John Cage organising the first English production of Erik Satie's Le Piège de Méduse (The Ruse of Medusa) - translated by the poet MC Richards, with Buckminster Fuller as Baron Medusa, and sets painted by Willem and Elaine de Kooning. The same summer of 1948, Buckminster Fuller made his first attempts to construct a full-scale geodesic dome, renamed the Supine Dome when it failed to rise. But as Fuller put it, 'You succeed when you stop failing'.5

These words could equally be applied to the college, the eventual closure of which did nothing to dim the achievements of its teachers and pupils. It was a place of fortunate meetings and interactions, which the show manages to convey by suggestive juxtaposition: Rauschenberg's blank 'White Painting' of 1951 is to be found next to a score for Cage's silent piece, 4'33'', and near to Aaron Siskind's photographs of torn, layered posters that seem to presage Rauschenberg's later 'Combines'. Collages by Ray Johnson and work by Twombly and the de Koonings are also in the same room.

Paintings by Franz Kline, Ben Shahn, Kenneth Noland, Jack Tworkov and Robert Motherwell give an indication of the breadth of artistic talent that passed through Black Mountain. Yet, beyond its individual stars, the exhibition evokes an establishment alive with the joy of experiment, brought into being by a combination of shoestring idealism and hard work that is as inspiring as the art produced there. 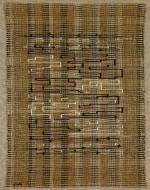 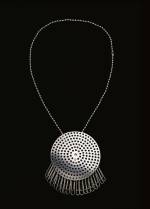 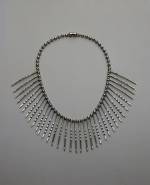 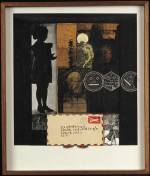 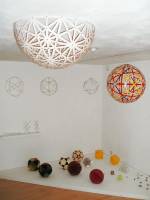 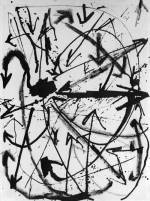 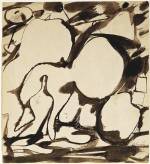 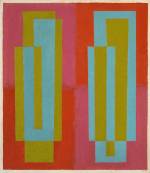